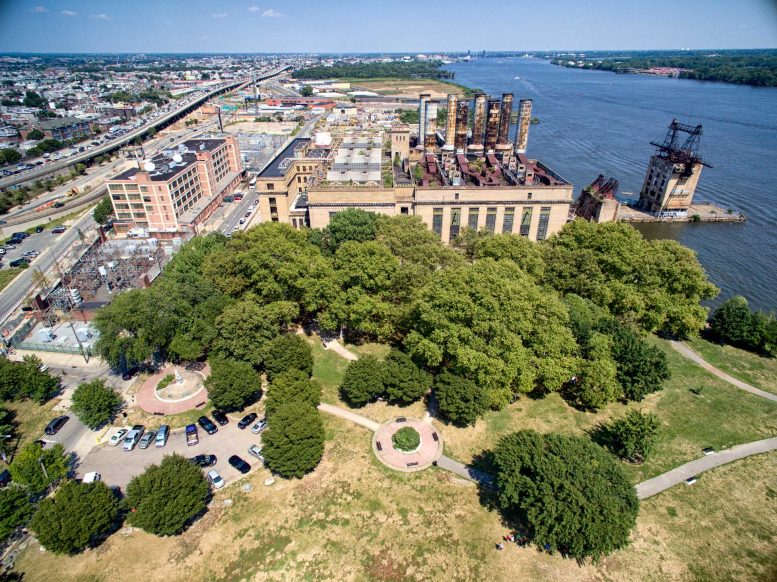 Permits have been issued for a residential conversion of the Delaware Generating Station, located at 1325 Beach Street on the Delaware River waterfront in Fishtown. The project calls for alterations to the massive abandoned structure and creation of 216 rental residential units. The renovation area will span 235,204 square feet and construction costs are listed at $29,671,303. A 42 unit addition is also planned for the project, bringing the unit count up to 258. 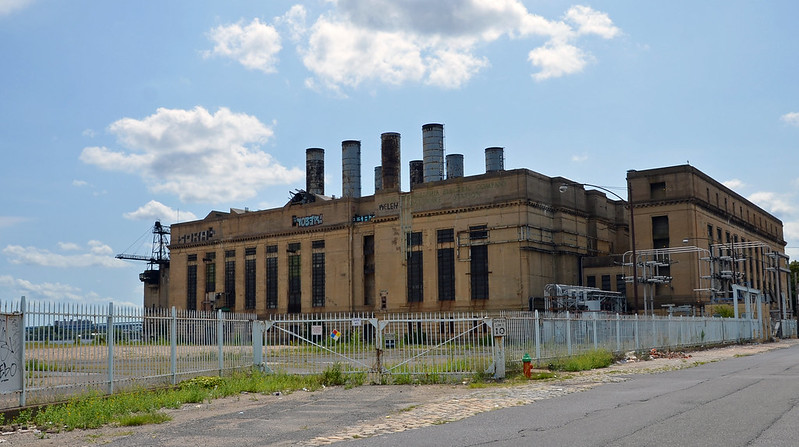 At first, the filing appears somewhat confusing. Understandably, the permit does not specify that the development will take place in the power plant itself. Additionally, a Google search for the address points to a vacant lot by the station. However, 1325 Beach Street (namely 1325 Beach Street # R) is the address for the abandoned power plant, which sits south of the marker.

The permit has come entirely out of the blue, with no rumors or talk about a massive residential renovation to the building. The latest planned development was a hotel renovation proposed in 2016, which did not pan out.

The development, located to the north of Penn Treaty Park, will be a massive boost to the Delaware River waterfront and will help serve as a counterpart to the massive Northbank development proposed immediately north, as well as to Views at Penn Treaty, a townhouse complex under construction south of the park. In terms of unit count, when compared to Delaware Avenue‘s numerous other large proposals, this one does not stand out aside from the fact it is a renovation to a widely known structure.

When the power plant opened in 1925, it housed the world’s largest turbo generator. The plant closed in 1985 and since then has been featured in a number of high-profile movies, such as 12 Monkeys (1995), Transformers: Revenge of the Fallen (2009), and The Last Airbender (2010). 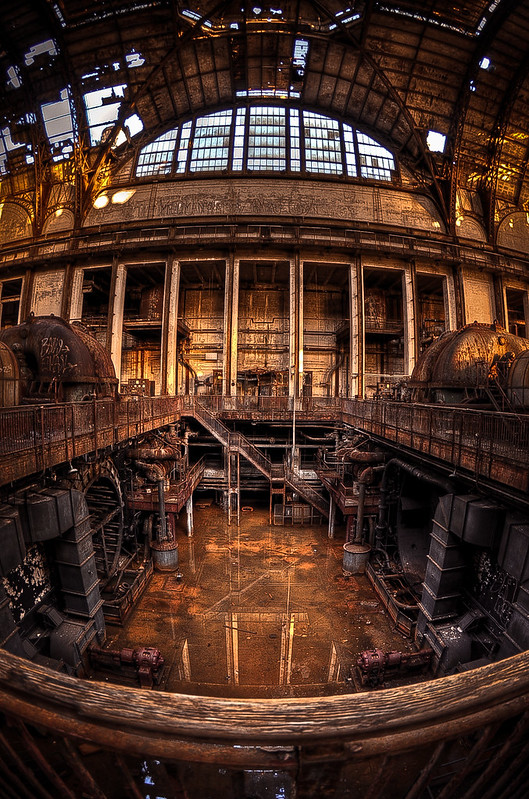 Transit access is offered via the route 15 trolley on Frankford Avenue.

3 Comments on "Permits Issued for Redevelopment of the Delaware Generating Station at 1325 Beach Street in Fishtown, Kensington"