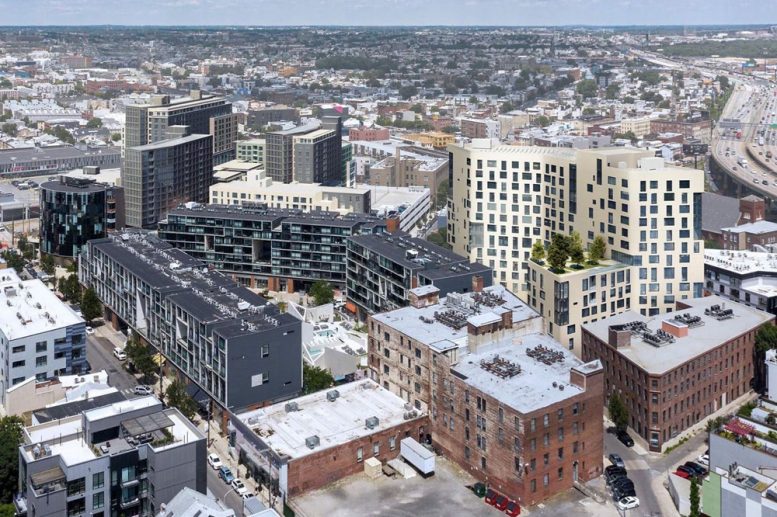 The Northern Liberties neighborhood of North Philadelphia is seeing a massive surge in residential development. A 188-foot-tall, 14-story high-rise proposed at 1021 North Hancock Street will join a cluster of large buildings in progress in the surrounding area. Despite its relatively modest height, the 231,650-square-foot building will hold 280 residential units, making a massive impact on the area. The development will also feature retail space on the first floor. The building is designed by Philadelphia-based DIGSAU and redeveloped by Post Brothers, which is responsible for the gigantic Piazza Terminal under construction project a block to the north.

No new parking spaces are planned for the building. The building will look quite different from the Piazza Terminal towers, with the former clad in darker material and 1021 North Hancock featuring bright stone cladding with dark windows.

The proposal was unveiled at the beginning of October 2020, at the same time as the concrete structure of the Piazza Terminal towers started rising. The proposed building will replace one structure, an old single-story commercial building along with a parking lot. Earlier this month, a zoning permit was posted on the city site stating that the property lines of the two existing structures will be merged for this project.

No completion date has been announced, though the project may be finished by 2023.