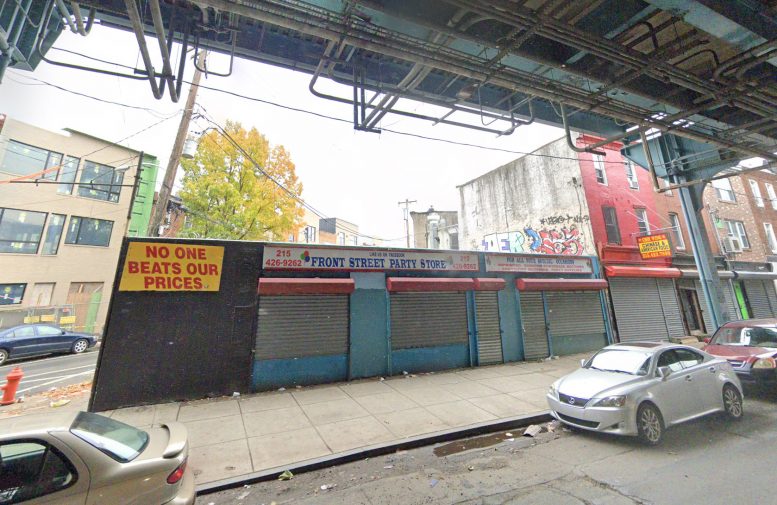 Permits have been issued for the construction of a six-story, multi-use building at 2243-45 North Front Street in East Kensington. Upon completion, the building will feature a basement, commercial space on the ground floor, and ten residential units. In total, the building will hold 11,389 square feet of space. Lonny Rossman is listed as the design professional and Pinhas Malka as the contractor. Construction costs are specified at $1.8 million. 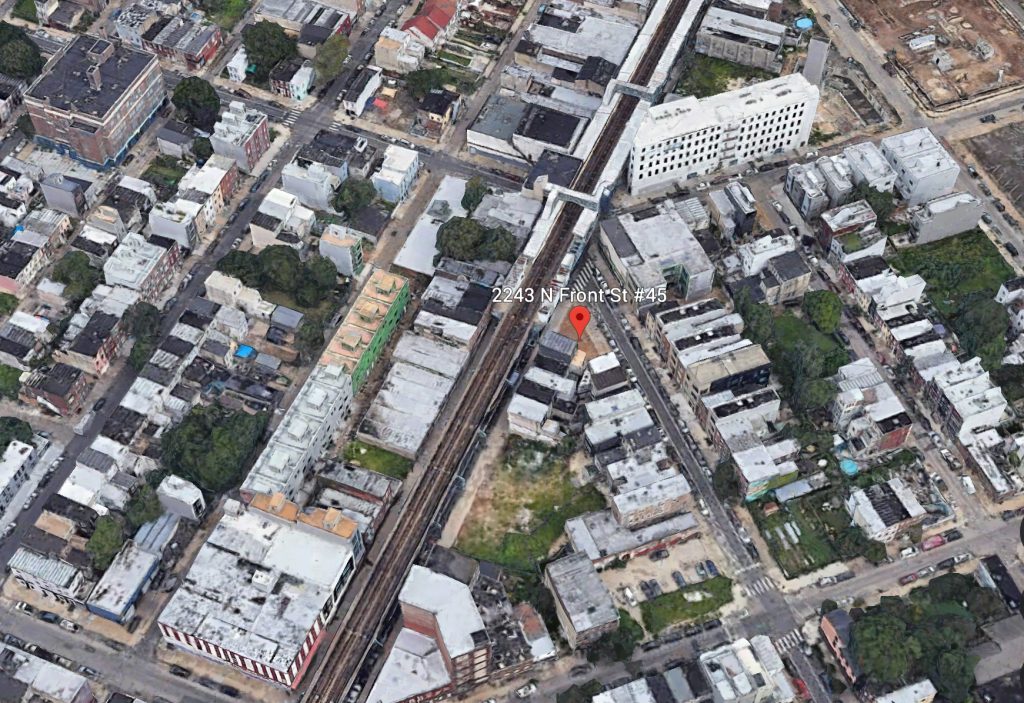 A bland single-story commercial building formerly stood at the site, with bright signs plastered over a blighted and vacant-looking structure and with large garage doors covering windows and doors. Uncoordinated blue and black paint covered the exterior. The structure is now demolished.

While this form of the building likely once made sense at the site, Front Street has now graduated to a level of development and density much higher than that of when this building was constructed. Without any residential space, and only standing one story tall and appearing to be vacant, the structure was a sure candidate for demolition. Unsurprisingly, the new development to stand in its place will take on a much more efficient design.

Despite being a relatively small site, land value in the area has gotten so valuable due to the large influx of development that granted building six stories tall for ten residential units and a commercial space. This is a clear testament to the surrounding neighborhood’s path toward further success, largely sparked by its convenient access to the Market-Frankford Line, which has a station situated directly adjacent to the development site (York-Dauphin Station).

Overall, this development is more of the same (in a good way) for the Front Street corridor, and hopefully more similar development are proposed along the artery in the future.