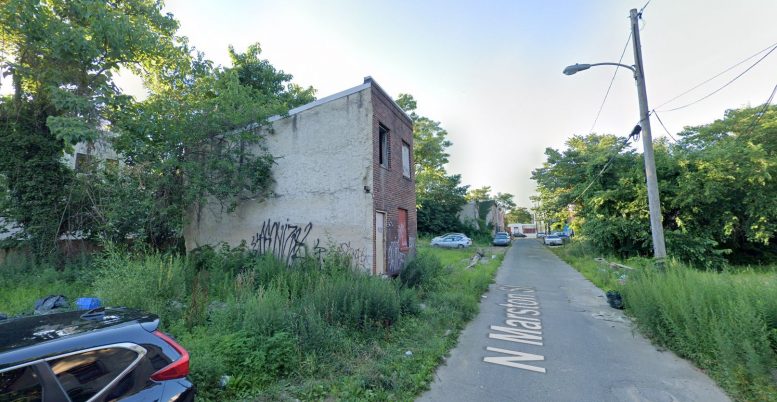 The former single-family dwelling appears to date to the prewar period. However, we infer this from its general form and the prevalence of the typology in the surrounding area rather than from its exterior design, as the facade appears to had been refaced with non-historic brick. The structure once likely belonged to a continuous rowhouse ensemble that stretched across the block. As of now, it has sat as one of the few remaining buildings on either side of the block for over a decade as a derelict, abandoned eyesore. 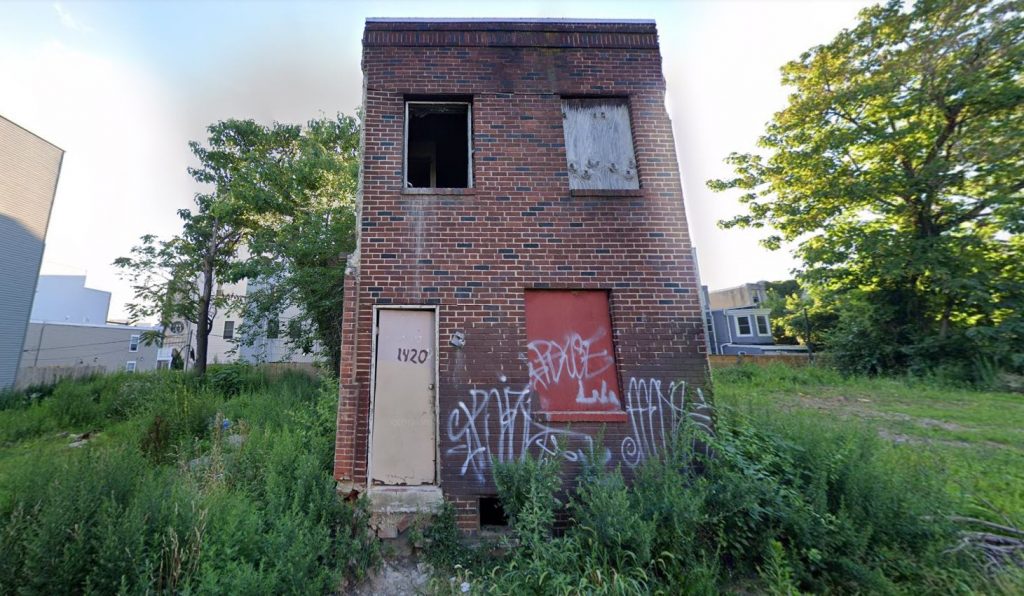 In the postwar period, the neighborhood was heavily affected by the postwar advent of depopulation and demolitions, and the block at hand was hit particularly hard, having lost almost the entirety of its original building stock. Much of the narrow street, particularly in its midsection, has reverted to a primeval state with sidewalks completely overgrown with vegetation. The cityscape at hand is reminiscent of those that we covered in our Grandeur and Desolation feature, or numerous others that continue to mar numerous blocks across North Philadelphia. 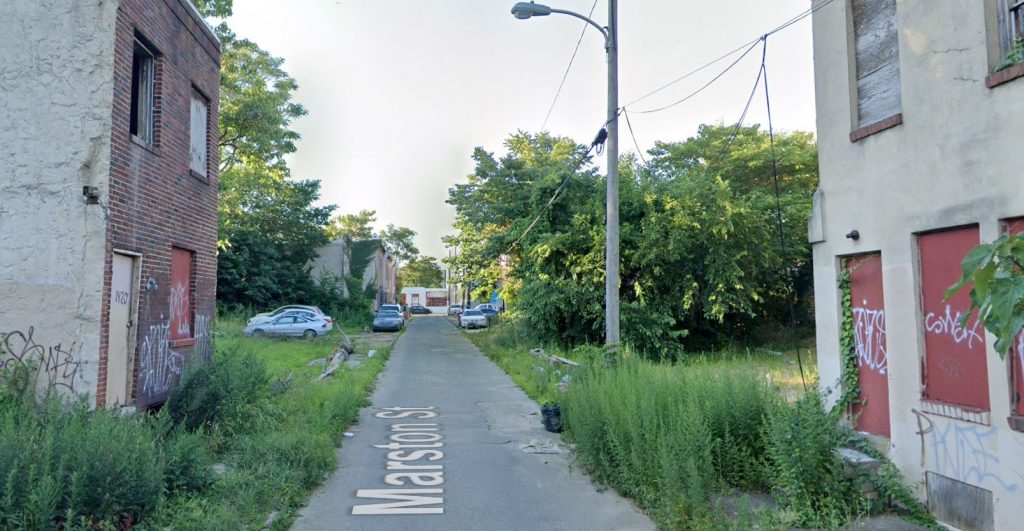 However, positive change appears to be finally at hand. Brewerytown, which we covered in a double feature a short while ago, now ranks among the city’s most rapidly developing neighborhoods. New construction has arrived at the block at hand a few years ago, when a pair of three-story rowhouses were constructed at 1406 and 1410 North Marston Street. 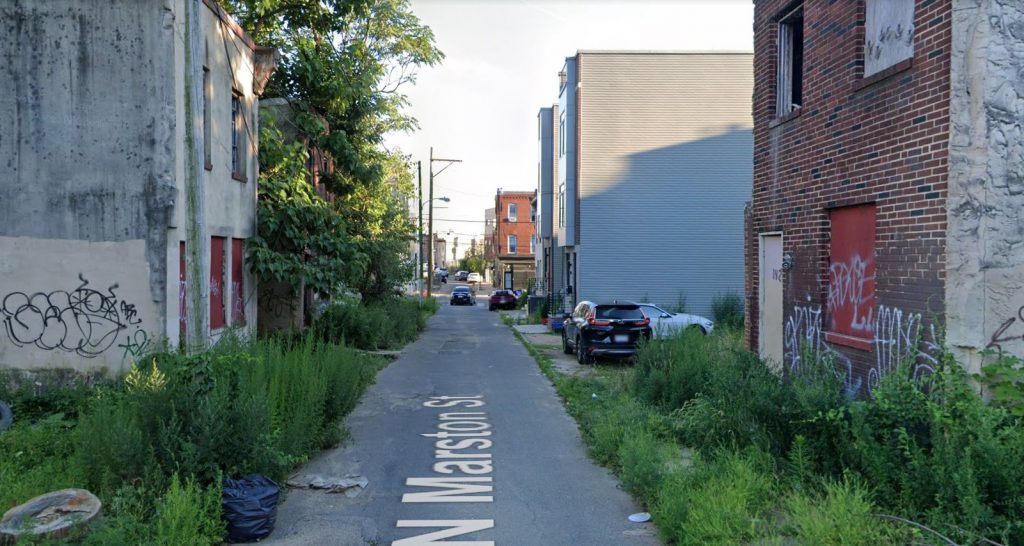 In the meantime, an even more extensive residential ensemble has risen on the opposite side of the block on North 28th Street, across from the magnificent, Neo-Gothic Acts of the Apostles Church of Jesus Christ at 2813 Master Street. 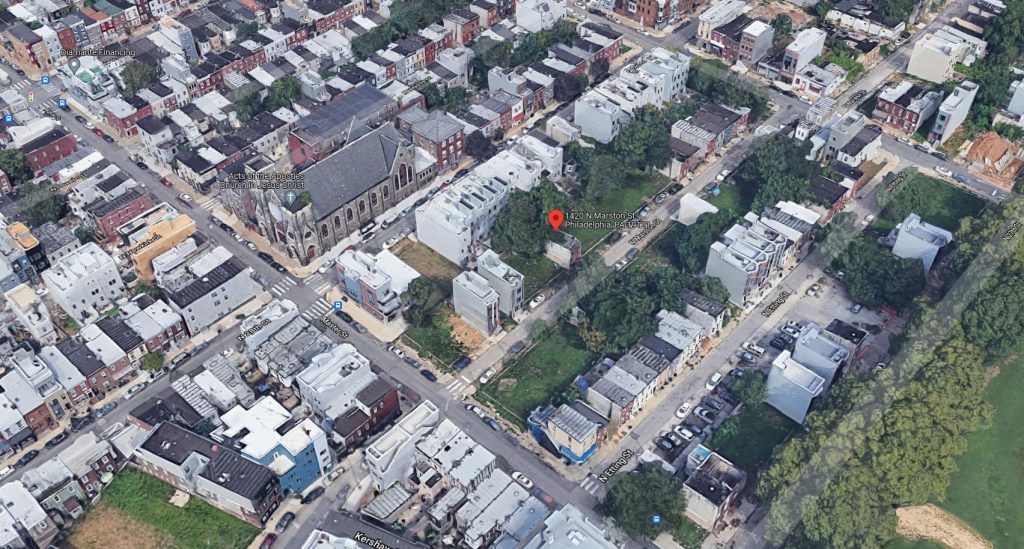 While the city is finally doing its share to improve the derelict block, further urban amenities come from private development itself. Each of the aforementioned new developments comes with a sliver of new sidewalk in front of the property (note that the demolition permit for 1420 North Marston Street explicitly specifies that no new sidewalk will be installed as part of the demo).

Given its ample development-ready space, convenient access to the route 15 trolley on Girard Avenue three blocks to the south, ten-minute walking distance to Fairmount Park to the west, and general proximity to red-hot destinations such as Center City, Temple University, and University City, we not only expect to see further development on the block in the near future, but wish that it came in the form of slightly taller, denser, multi-family dwellings, perhaps with some retail here and there. After all, if dense, mid-rise development was possible on the twice-as-narrow Hope Street in Fishtown, then why not build in this manner here, as well? 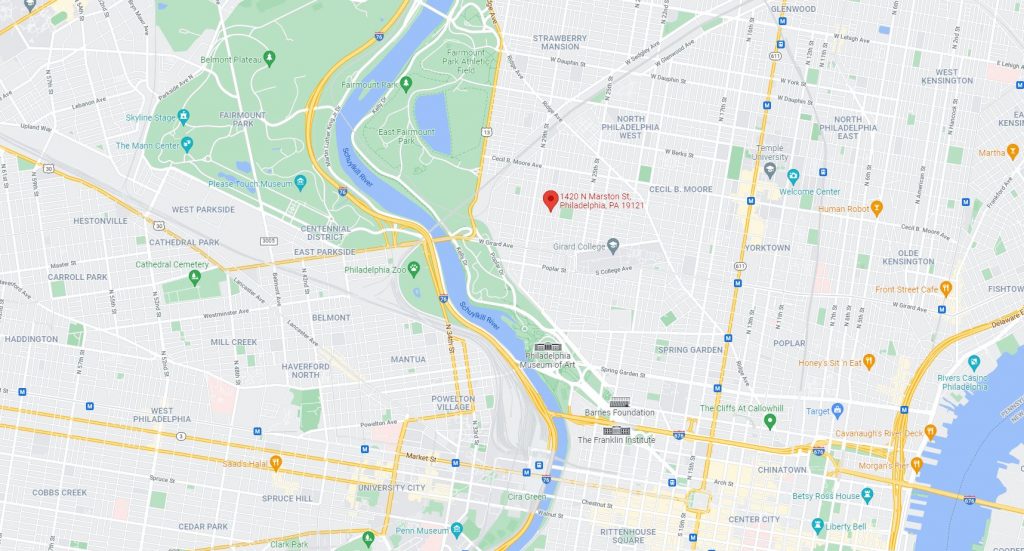 Be the first to comment on "Demolition Permits Issued for Vacant Rowhouse at 1420 North Marston Street in Brewerytown, North Philadelphia"