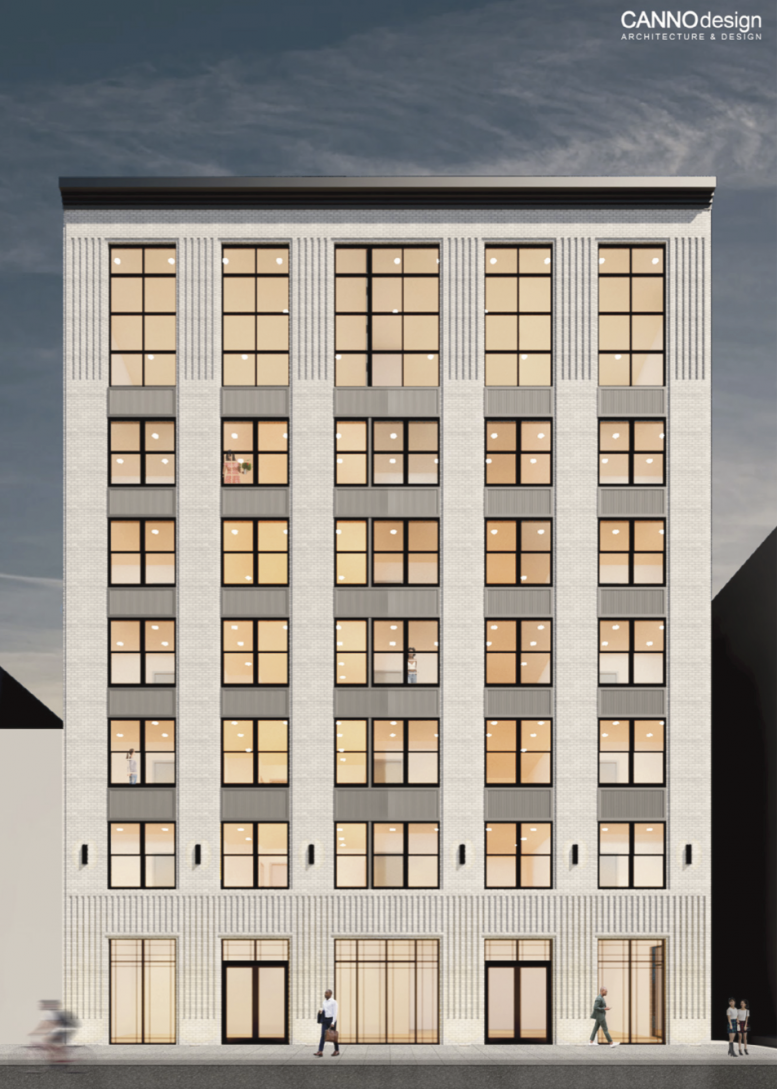 Permits have been issued for the construction of a seven-story mixed-use development at 36-39 South 2nd Street in the Old City section of Center City. Designed by CANNOdesign, the structure will hold 51,623 square feet of interior space and will offer 61 residential units as well as commercial space on the ground floor. A roof deck will be situated at the top. Tester Construction is the general contractor. Construction costs are estimated at $10.5 million. 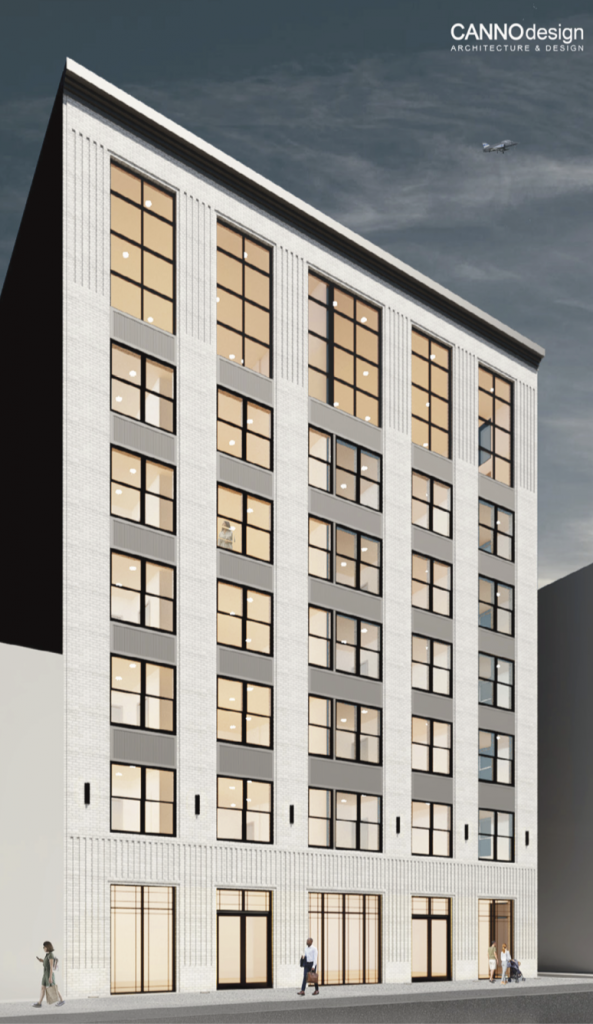 The new building will feature a stately modern exterior that will fit in with its historic surroundings. White brick will cover most of the facade, with ribbed detailing adding texture to the design. Large windows will allow for ample natural light to reach interiors. Floor-to-ceiling windows on the ground floor at the commercial space will improve the street presence.

The development will replace a surface lot, one of the few such underused ground parcels in the neighborhood. It is shocking that the lot has lasted as long as it has, and it will be great to see it go. A surface parking lot has no place in one of the city’s most walkable, vibrant, and tourist-visited areas. The curb cuts hurt the pedestrian experience, while the lack of a building creates a gaping hole in the street wall. Rather then the site being used for a park or some sort of public space, it has been surrendered to the car. The only downside will be the impending disappearance of the large mural facing the parking lot. 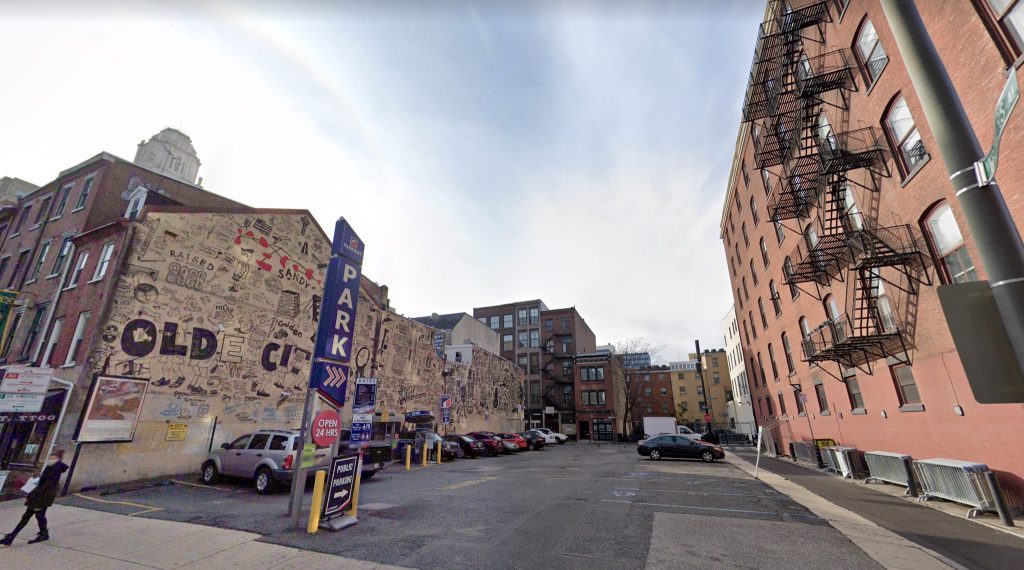 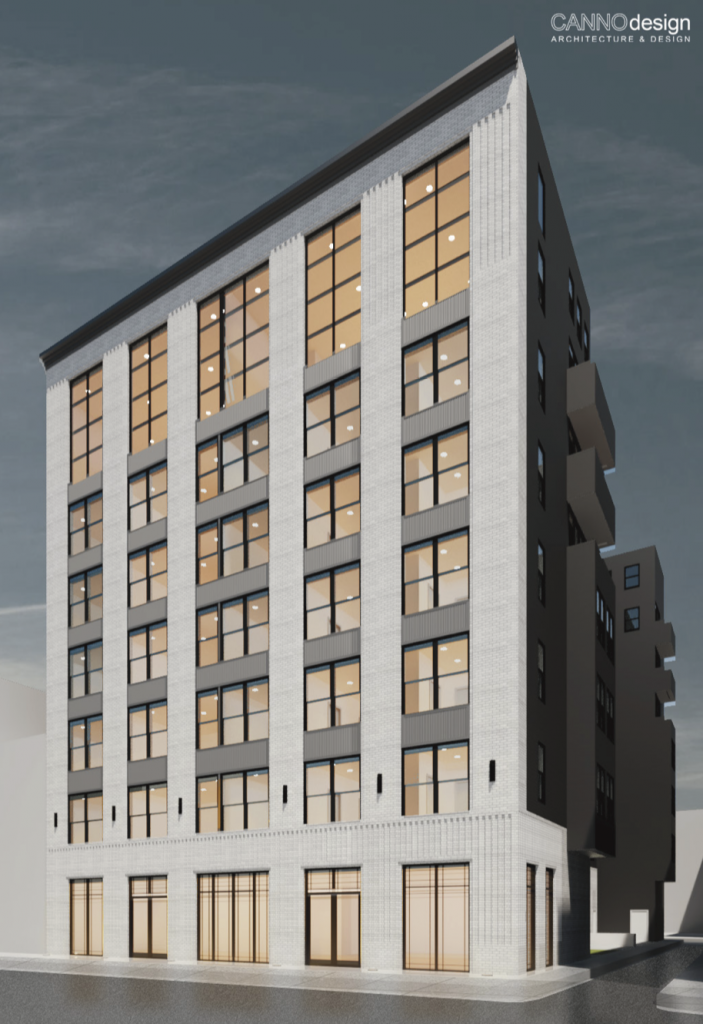 The removal of this lot is obviously a major improvement. Furthermore, the commercial space on the ground floor will improve the street presence within one of the city’s premier commercial neighborhoods. The 61 residential units above will expand the customer base both for this commercial space and numerous other establishments in the neighborhood.