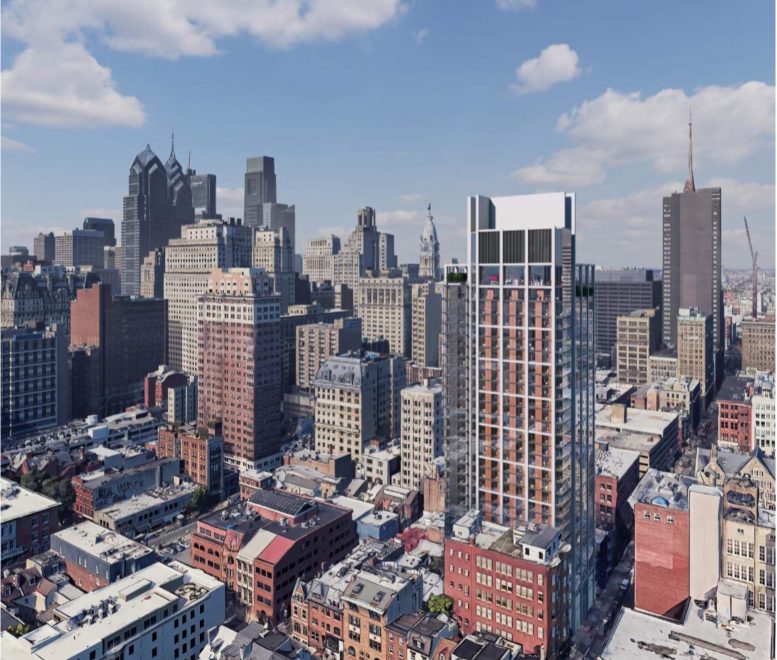 Permits have been issued for a scaled-back high-rise proposed at 204 South 12th Street in Washington Square West, Center City. Designed by Rogers Stirk Harbour + Partners, with Bower Lewis Thrower Architects (aka BLT Architects or BLTa) as the architect of record, and developed by Midwood Investments and Development, the new tower will rise 32 stories tall and feature 378 residential units, as well as 96 parking spaces and 130 bicycle slots. In total, the building will hold 401,870 square feet of space. A commercial component will be located at the ground floor. Construction costs are estimated at $111,729,721. 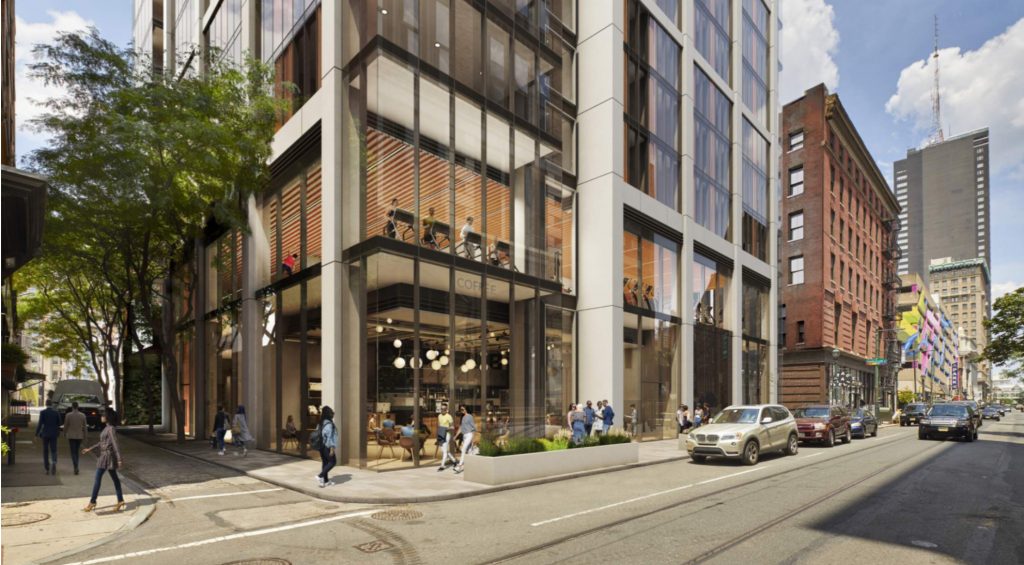 Original renderings showed a modern tower that stood out on the skyline when seen from a multitude of directions. A distinctive white crown added prominence, with an attractive, mostly glass exterior, interrupted with a grid of white cladding. Orange-brown cladding arranged in rows served as one of the more noticeable aspects of the façade and was a pleasant addition to the design. Floor-to-ceiling windows at the ground floor created a welcoming street presence with a positive ambiance.

Unfortunately, it seems that the ambition behind the project has scaled back slightly, although it remains quite a sizable development. Initial plans, which YIMBY has shared previously, called for a tower with a still-consistent height of 32 stories, but with 448 residential units. This decrease in unit count is unfortunate, but the extra 100+ residents in the neighborhood would still have been a positive addition to the surrounding area.

This being said, the current plans calling for 378 units will still be a great improvement for the site. Additional density and housing in the ever-growing Center City market is always welcome, as it will help support the numerous businesses located in the surrounding area.

Currently, the site has been siting rather idle, having been cleared for months, with bricks from the former building that stood at the site still strewn across the lot. Hopefully, these conditions will not last for much longer. With permits now issued, construction will likely take place at site by next year. As a reminder, initial plans called for construction work to begin in early 2021.

YIMBY will continue to track the development’s progress in the future.