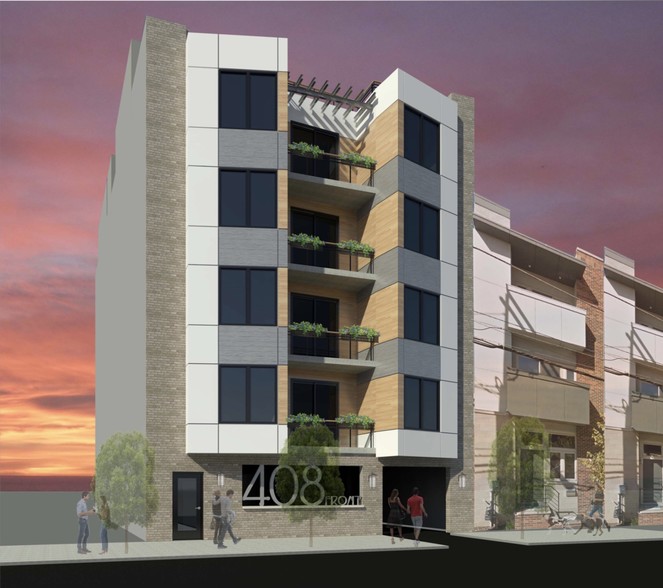 Although permits for a multi-family building were issued nearly a year ago, in December 2020, construction has yet to begin at a multi-family building planned at 408-10 North Front Street in Northern Liberties, North Philadelphia. YIMBY’s recent site visit revealed no construction activity at the location, although it also offered a glimpse at the rapidly growing development in the immediate vicinity. Permits for the site list 1833 Realty LLC as the owner. 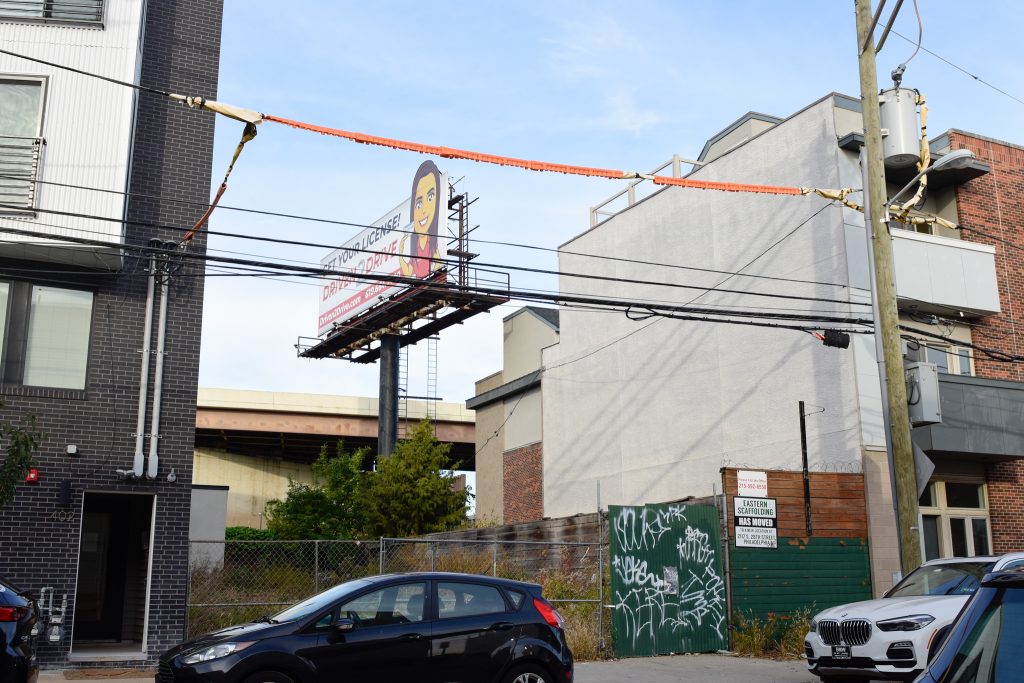 The planned development, alternately known as 408 North Front Street, is something of a dark horse. In February 2017, a permit was issued for the construction of an attached structure with eight residential units, four interior parking spaces, an elevator, and a roof deck. The permit status is currently listed as “completed.”

In May 2019, another permit was issued for a five-story multi-family structure, also with five units, a roof deck, and an unspecified number of parking spaces. Molotok LLC was specified as the contractor. At the moment, the permit status is listed as “expired.”

The latest permit, issued in December of last year, is extremely sparse on details, describing only an “attached structure with two access structures” and specifying KCA Design Associates, LLC as the contractor. The permit status is listed as “issued.”

In the meantime, a Loopnet listing, created in July 2019 and last modified in January 2020, displays a rendering for a five-story, contemporary structure with an array of loggias set between two angled, projecting sections. Although the scale of the design matches the description in the older permits, the associated imagery is possibly only speculative, as the listing describes a “shovel-ready lot” rather than a specific proposal, although the details of buildable opportunities for the site are consistent with the permit filings. 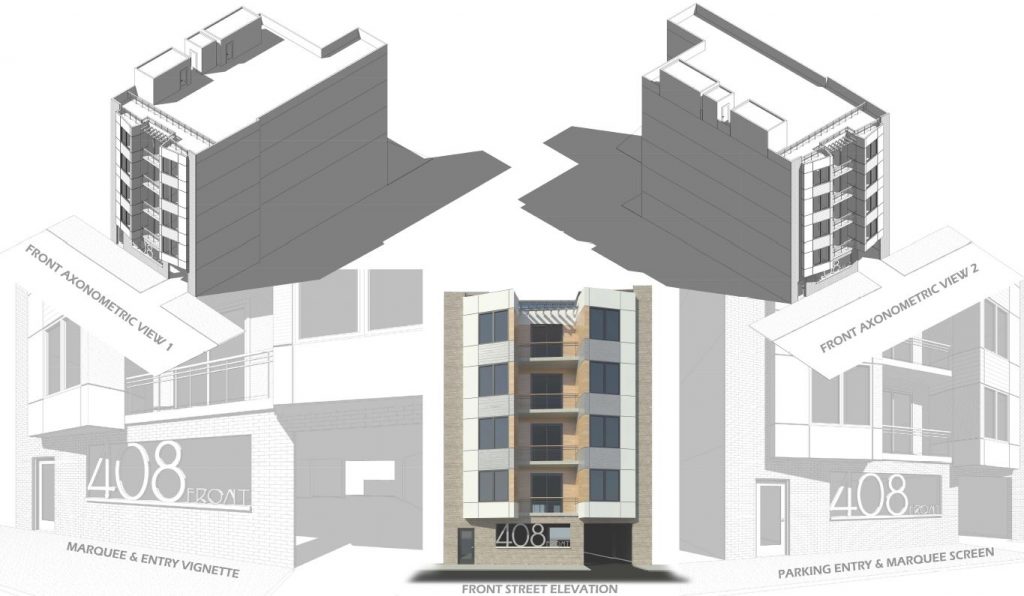 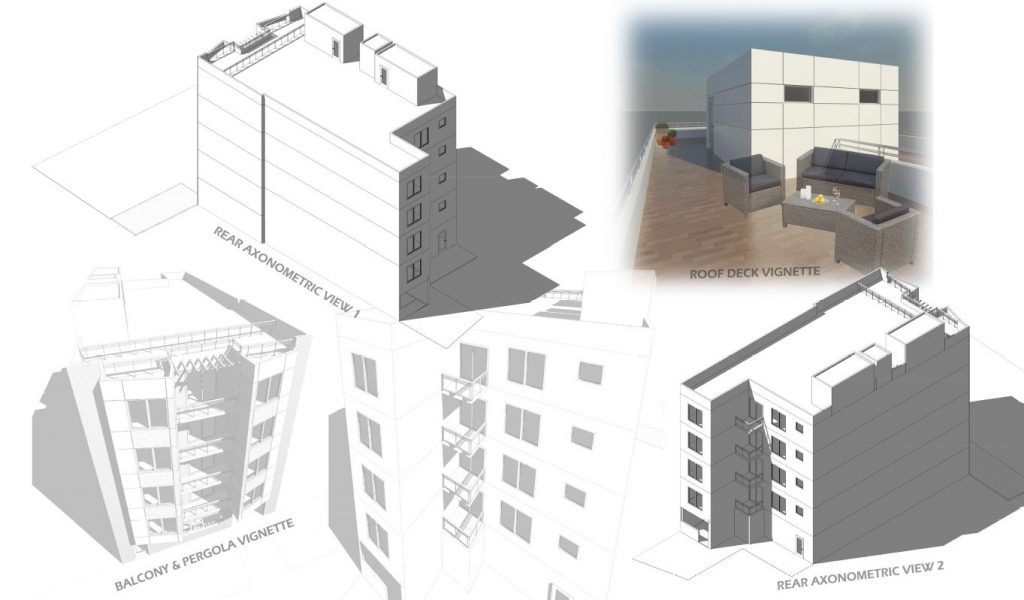 YIMBY’s recent visit to the site failed to shed much light on the development. The site continues to sit vacant and inactive, covered in vegetation and gravel and enclosed in a hodge-podge of graffiti-covered fencing.

While our visit indicated no progress at the proposal site itself, it revealed an astonishing transformation of its immediate surroundings. As recently as ten years ago, the lot was part of a larger scaffolding supplier facility, where the proprietor’s wares were stacked so high that they resembled avant-garde buildings themselves. At the time, the neighborhood was a peripheral backwater, where centuries of history, dating to the colonial period, were all but erased in the postwar era. The scaffold supplier shared the surrounding blocks, sited between the Delaware River waterfront to the east and the elevated Interstate 95 viaduct to the west, with vacant lots, occasional remaining prewar buildings, and a trickle of new developments that started rising around the turn of the millennium.

Fortunately, the past decade has entirely transformed the neighborhood. By 2014, a row of three-story residential buildings rose immediately north of the proposal site for 408-10 North Front Street, with more similarly-scaled building following in the vicinity. Google Street View imagery reveals that a residential development was in progress immediately to the south of the site by July 2019. Our recent site visit shows that the three-story residential development is now complete, and another appears to be in progress immediately to the west. And, as we reported yesterday, excavation appears imminent for a 27-story, 360-unit rental tower at 300 North Christopher Columbus Boulevard a block to the southeast. 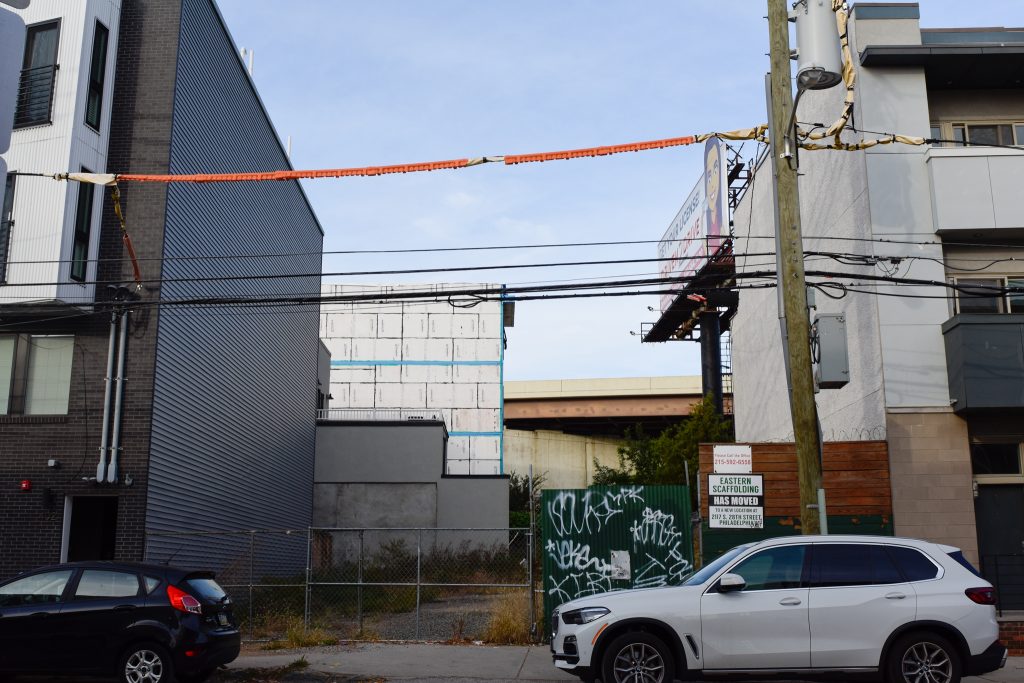 The construction surge in the area is hardly surprising. If anything, the question is why the local development boom has not taken off sooner than it did. The site sits in an exceptionally desirable location two short blocks west of the Delaware River waterfront and just north of the Old City section of Center City. Many realtors and locals alike would argue that the site is indeed part of Old City rather than Northern Liberties, although we at YIMBY subscribe to the traditional delineation of Center City along Vine Street, which runs ever so slightly to the south.

Regardless of such semantics, the site sits within a short walking distance of all the delights offered by Old City and Penn’s Landing, while the Spring Garden Station on the Market-Frankford Line is situated a block to the north.

In summary, the status of the proposal at 408-10 North Front Street remains uncertain. By contrast, a bright future for the compact yet thriving district along the Delaware River waterfront is all but guaranteed.

Be the first to comment on "Construction Anticipated for Multi-Family Building at 408-10 North Front Street in Northern Liberties, North Philadelphia"