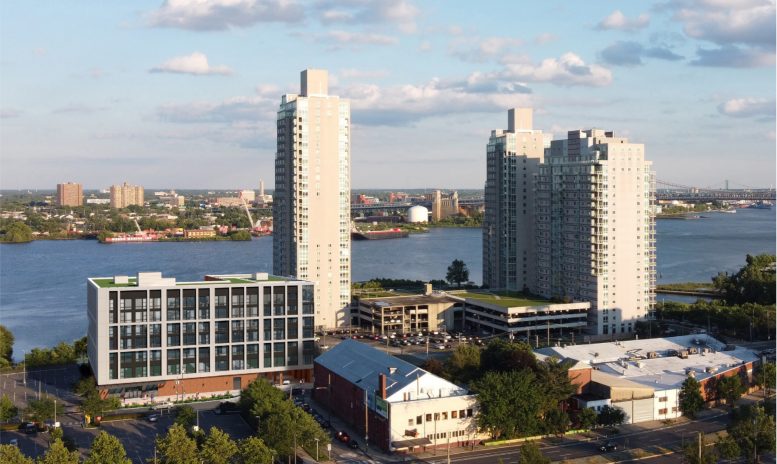 Permits have been issued for the construction of a seven-story, 195-unit mixed-use building at 933 North Penn Street in Northern Liberties, North Philadelphia, on the Delaware River waterfront. Designed by HDO Architecture, the structure will hold 182,269 square feet of interior space, most of which will be allocated to rental apartments. A garage will provide parking for residents. Roof decks will be accessible through pilot houses. A green roof will also be included at the top of the structure. 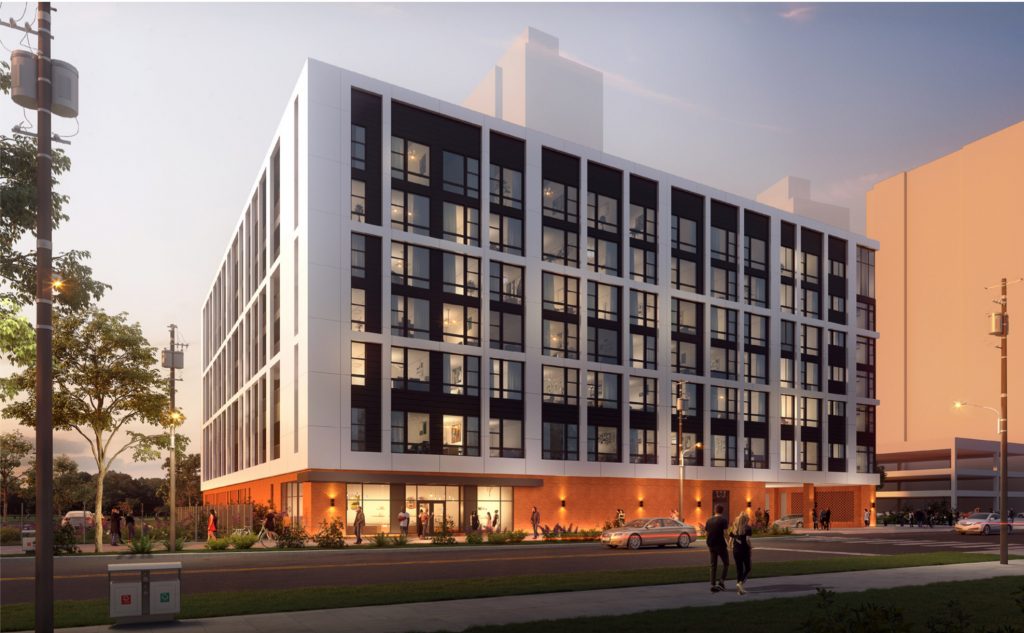 The building will feature a modern exterior that utilizes a variety of materials. Red brick will span throughout the ground floor, helping it meet the street in a pleasant manner. Above, the structure will primarily utilize white cladding. Black cladding around the large, uniformly-sized windows adds contrast and texture to the design.

Perhaps most exciting aspect of the building’s design, however, is the new public space located along the river. Renderings show the abandoned pier by the site as redeveloped into a new green space, with a new plaza area situated closer to the building. At the plaza, renderings show old trucks and an open-seating area paired with garden space, which will be a great addition for the surrounding community. With this new park, the development has the potential to make a massive impact towards the improvement of the Delaware Avenue corridor, which is set to see the construction of thousands of residential units. 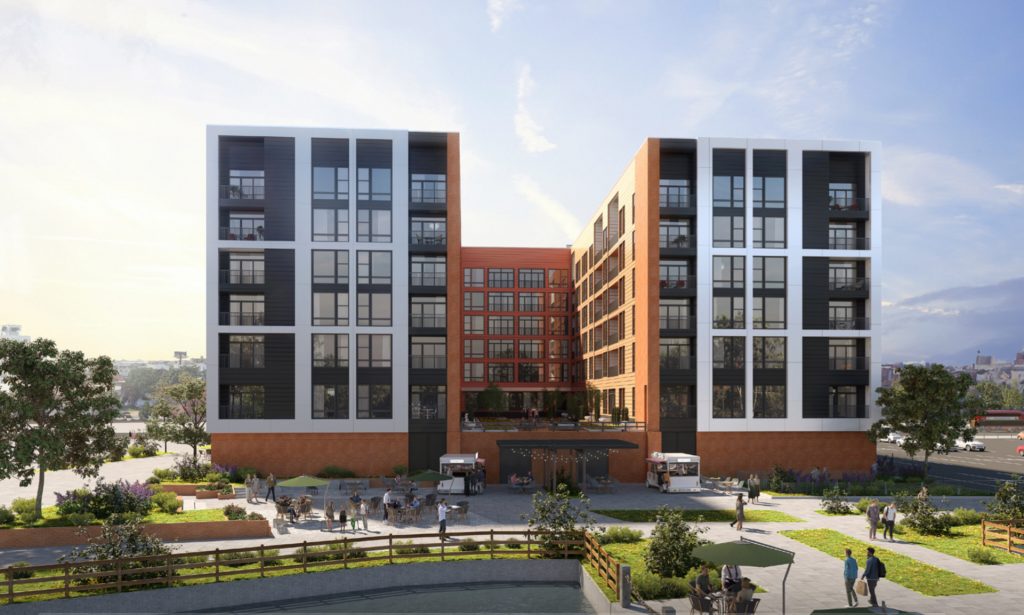 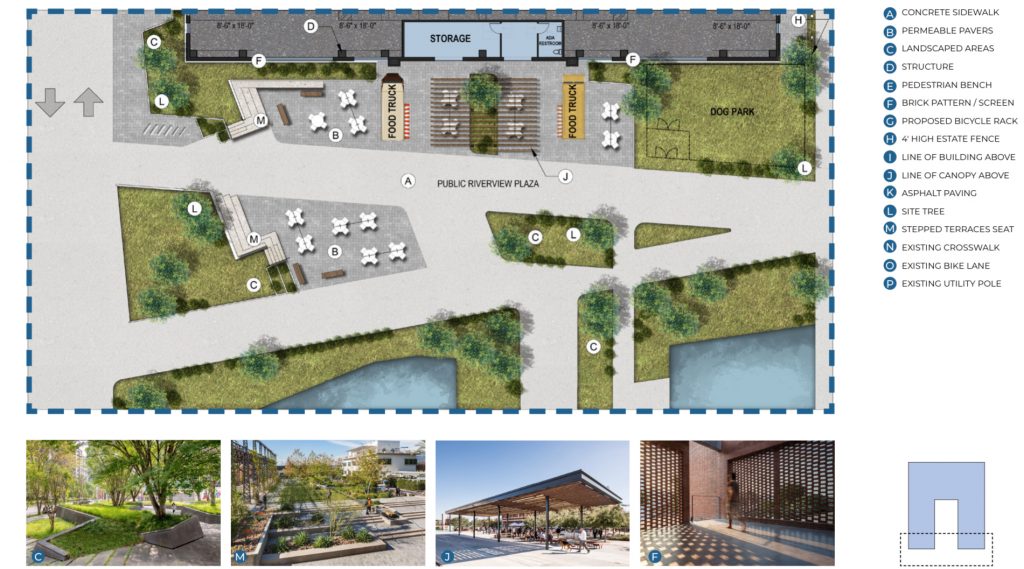 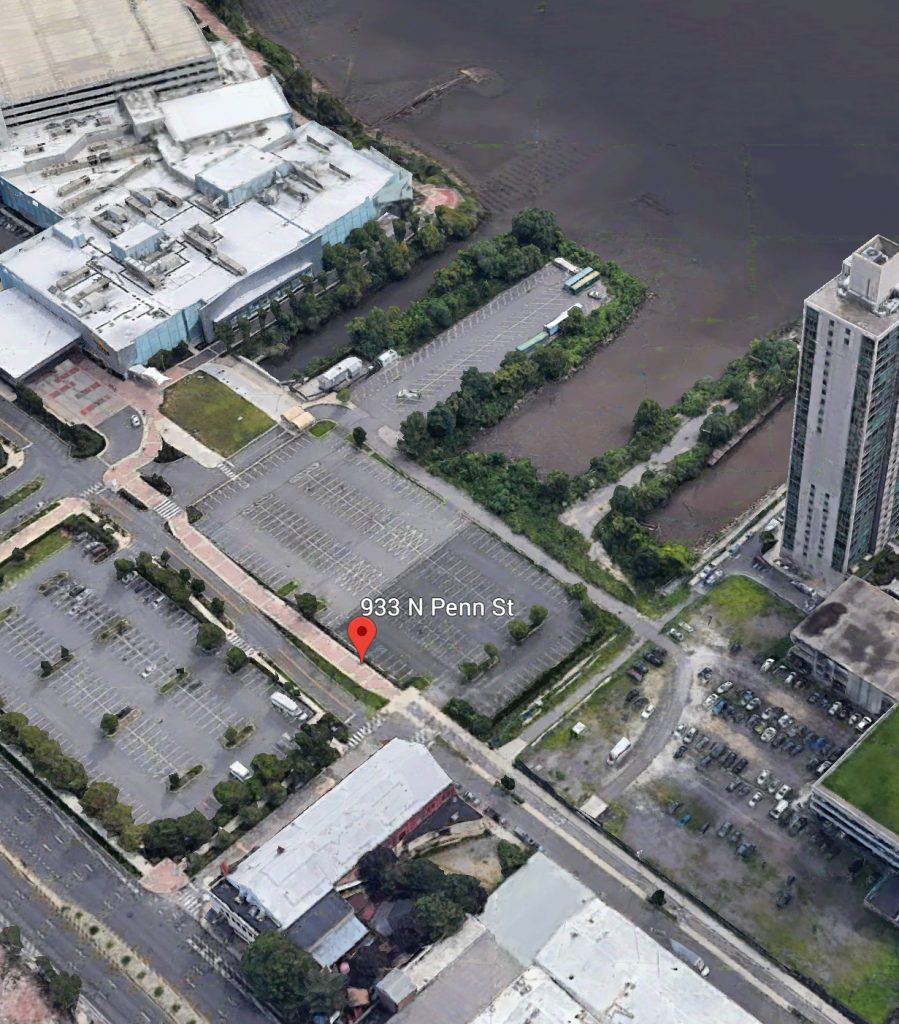 The new building will replace a massive parking serving as an overflow lot to the nearby Rivers Casino. Because of this, the lot is only used a few days out of the year, and therefore is a very impractical thing to have at such a prominent location. As such, its removal will be a certain positive for the surrounding area. Hopefully, the many other surface lots on the surrounding blocks will also meet a similar fate in the near future.

The development will be a massive improvement for the site, replacing a parking lot with nearly 200 residential units, commercial space, and a new park. Its story is one of many similar ones along the Delaware Avenue corridor, and hopefully construction will begin soon. 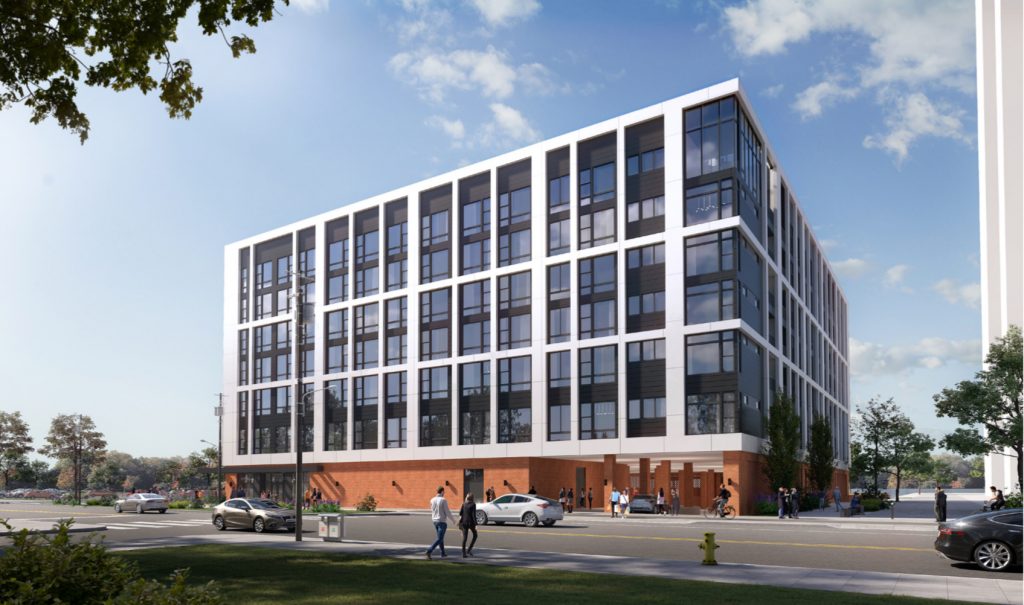 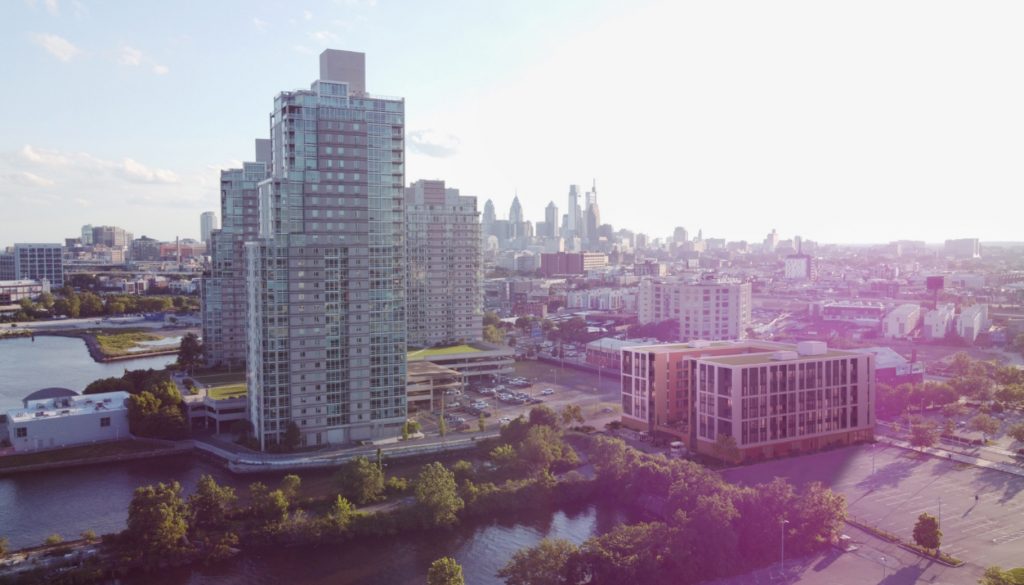 No completion date is known for the project at this time, although YIMBY will continue to monitor its progress moving forward.

Be the first to comment on "Permits Issued for 195-Unit Building at 933 North Penn Street in Northern Liberties, Lower North Philadelphia"