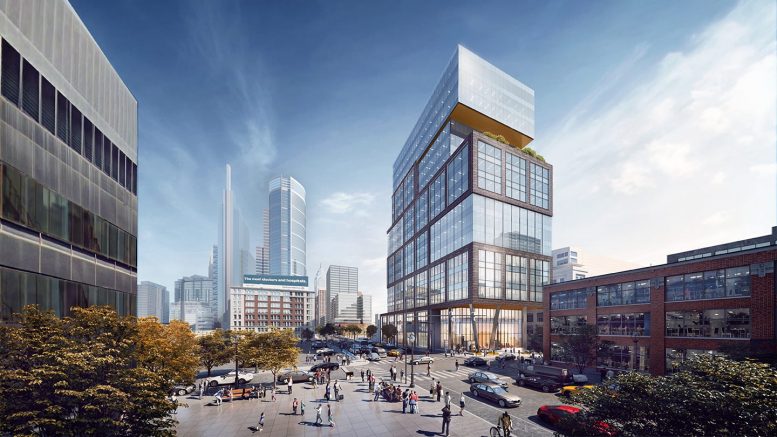 Cladding rises nearly halfway up on the newest office tower in Philadelphia, which is currently under construction at 2222 Market Street in Center City West. The building rises 295 feet and 20 stories tall, situated in an area that will soon become a new development hub, near the Schuylkill River. The project was designed by Gensler, which is also behind several other new projects in the vicinity, and developed by Parkway Commercial Properties, which owns several parking lots around the city which it redevelops when the opportunity arises. The tower at 2222 Market Street is slated to become the new headquarters for law firm Morgan, Lewis, Bockius LLP. 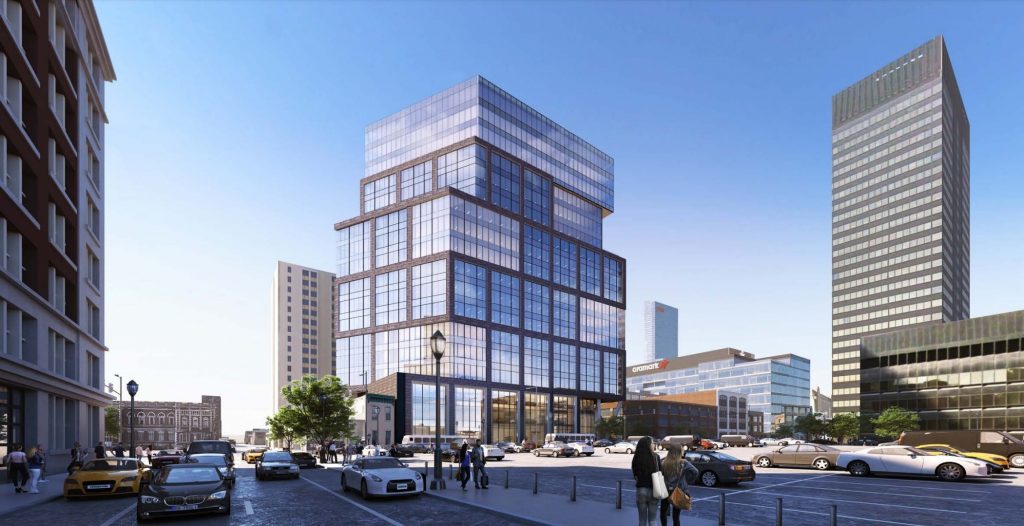 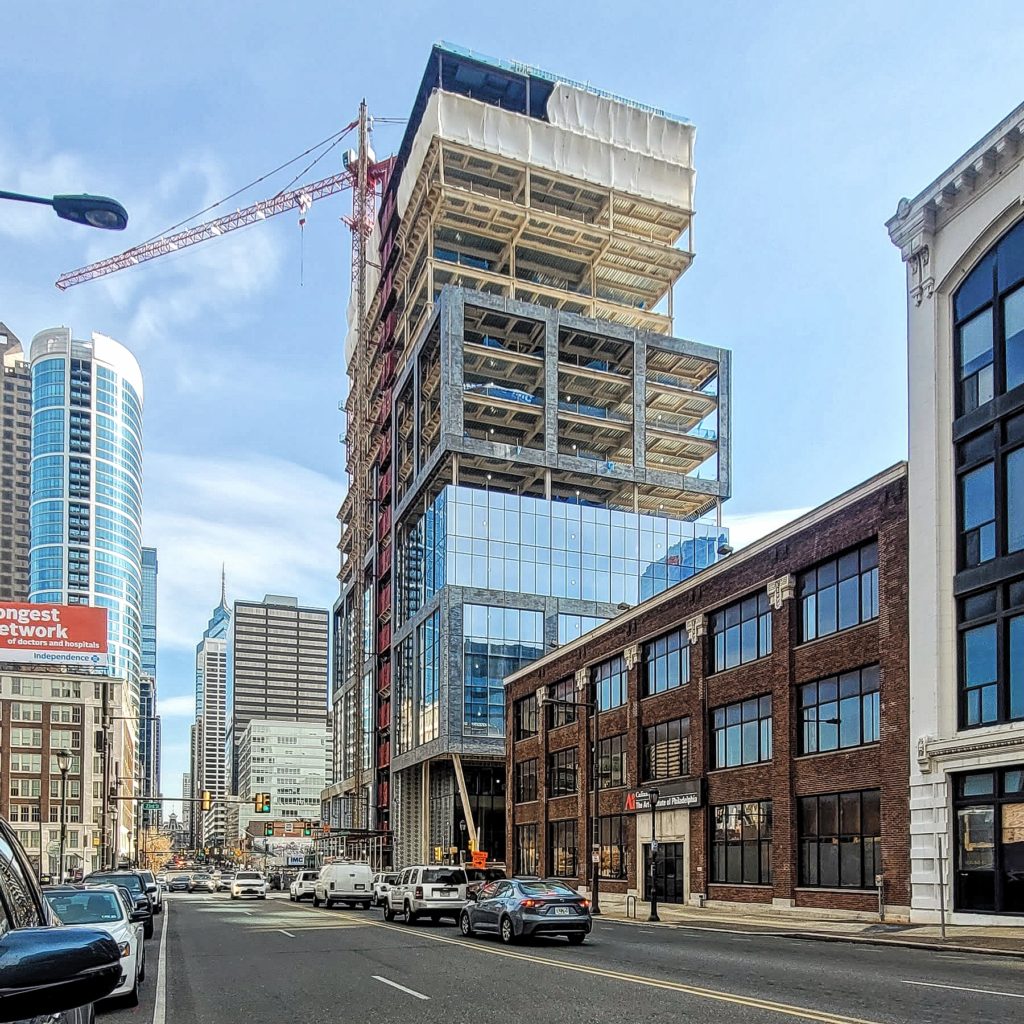 The foundation work was underway by the end of the year in 2020, as excavation was just starting at the site. The foundation was completed by May, and in the same month the tower crane was erected at the site. The structure was rising above ground by June 2021, with the first two floors underway and being assembled on site. The steel structure quickly rose in the summer and fall, and the tower was topped out in late November, showing a preview of the massive construction that will arrive in the area in the near future. 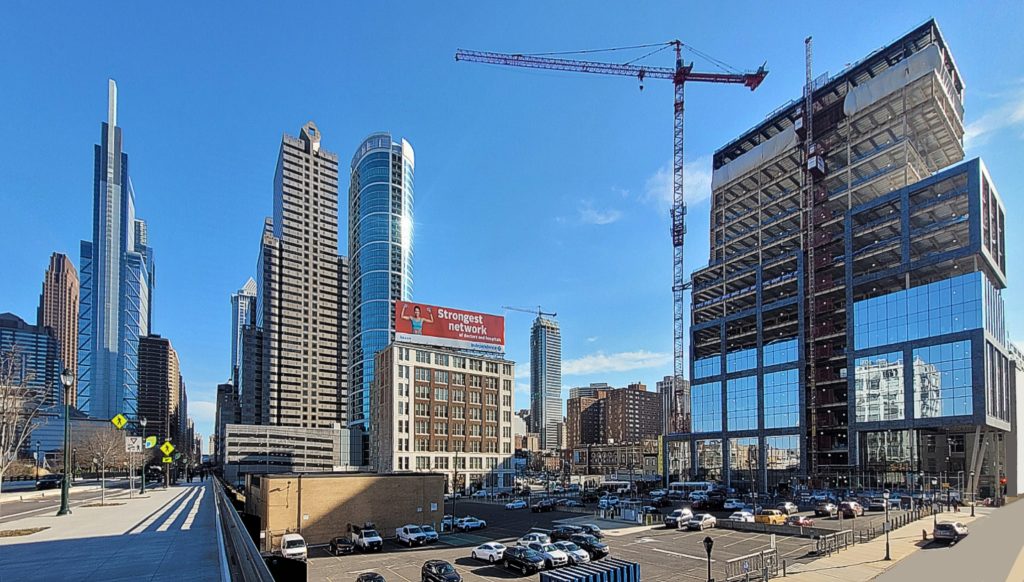 The tower continues to rapidly progress toward completion as the facade rises nearly halfway up the structure, showing off the new glass and stone exterior. The glass is currently up to the eighth floor of the tower, while the stone cladding currently rises up to the 13th floor. Fireproofing extends up to the the 19th floor. Notably, soon after our photographs were taken, the crane started to come down. By the end of the year, the exterior of the building should be completed with the construction elevator removed. 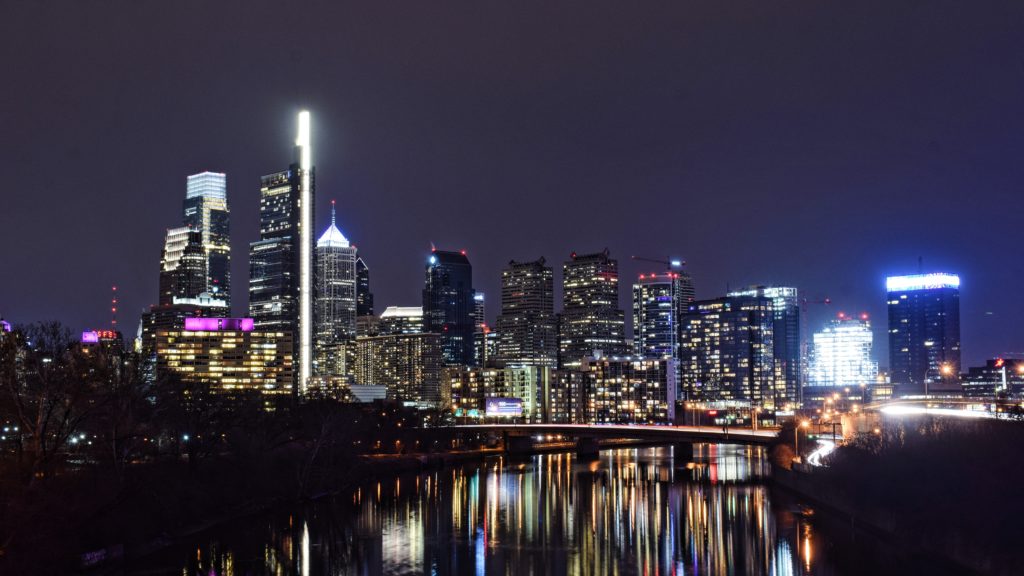