Developer and parking operator Parkway Corporation seeks to redevelop a 3,000-square-foot property at 1821 Chestnut Street in Rittenhouse Square, Center City. Although Parkway Corporation specializes in operating parking lots and holding them as land banks for future development, in this instance the property is a single-story retail building (curiously, the property sits next to a parking lot, which does not appear to be affiliated with Parkway Corporation). The existing structure sits on narrow through-block lot that stretches from Chestnut Street to the south to alley-like Ranstead Street to the north. According to the developer, the lot is zoned CMX-5 for mixed-use development and can accommodate 36,000 square feet at a floor-area-ratio of 12:1, or 60,000 feet at an FAR of 20:1. Since the property is listed at Parkway Corporation’s “opportunities” page and no permits have been filed for the site, it appears that Parkway is seeking a partner and/or an anchor tenant prior to commencing development at the site. 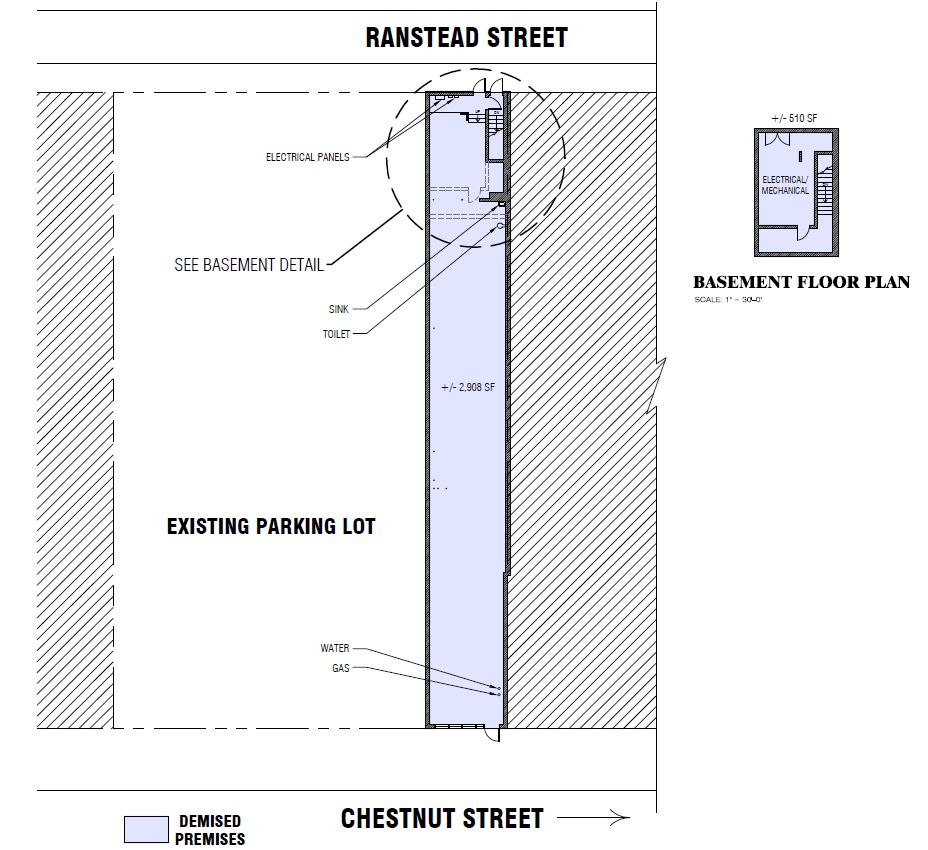 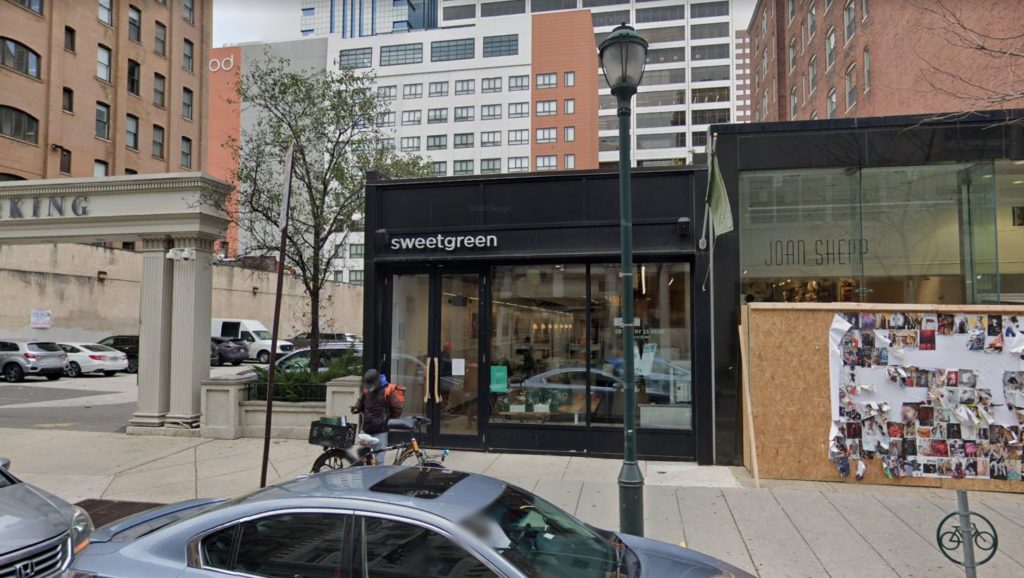 The 1821 Chestnut Street site sits in one of the most intriguing area for Philadelphia skyline-watchers. The block across the street to the south is home to proposals for three developments that involve constructions of overbuilds above renovated prewar structures. Two of these, Harper Square at 112-21 South 19th Street, and the tower planned at 1826 Chestnut Street, are the two tallest active skyscraper proposals currently on the city’s drawing boards.

However, it is the third site that provides the most relevant case study for whatever development may occur at 1821 Chestnut Street. Freeman House Condominiums would erect a slender high-rise condominium building atop the imposing Beaux-Arts Freeman’s Auction House at 1810 Chestnut Street, just over 100 feet away from the Parkway Corporation site; the historic structure would be renovated into commercial space. The tower, which is planned to rise 312 feet and 25 stories, will measure just 25 feet or so at its narrow section. 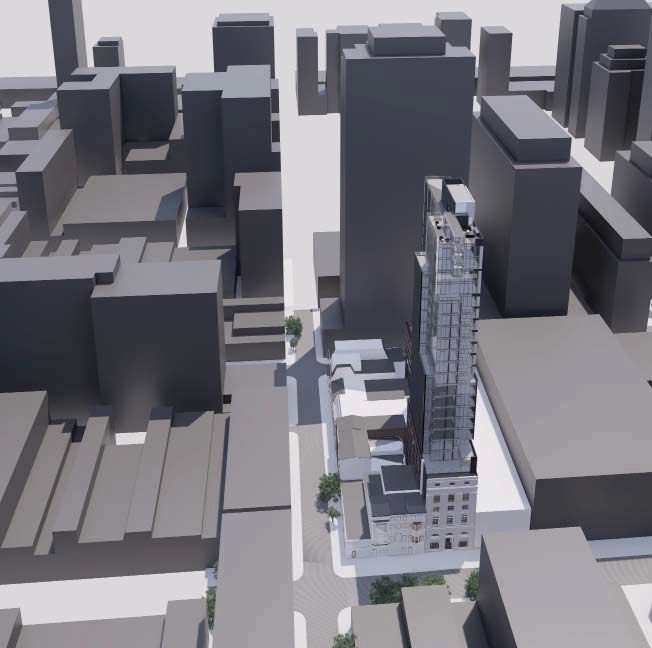 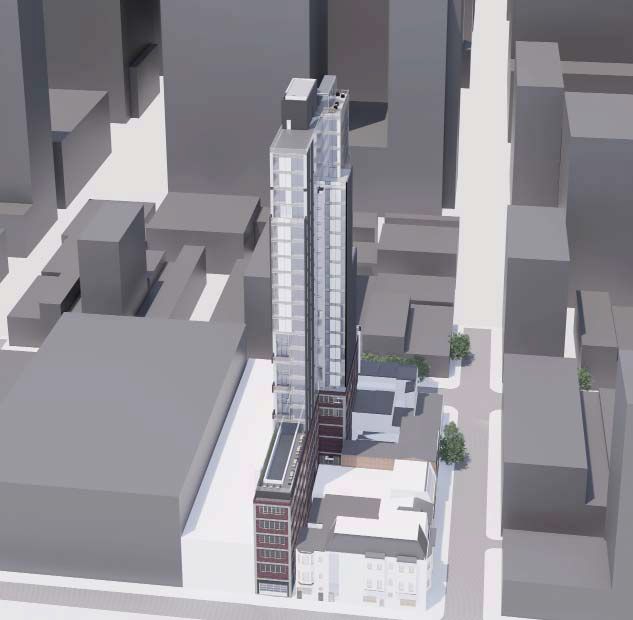 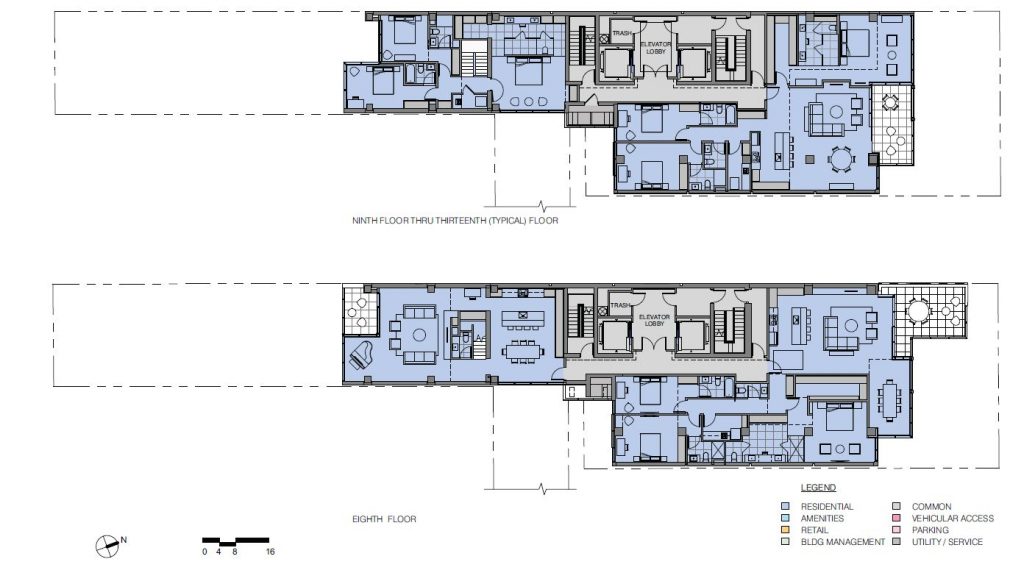 The 1821 Chestnut Street site is even more narrow, measuring around 20 feet wide throughout. With its FAR of 20:1, the property may accommodate a tower rising 25 stories or even higher, which would have to be massed as a super-slender slab. Since such development is rarely economically feasible, it is more likely that any future proposal would incorporate the adjacent parking lot to the west, a similarly slender single-story retail structure to the east, or both. However, we would love to see a slim high-rise at the site, not merely as an architectural thrill, but rather because slender high-rise buildings allow for high densities while maintaining small-scaled, pedestrian-friendly footprints and facades.

Perhaps a slender tower at 1821 Chestnut Street is not as unlikely as it may seem, as evidenced by the currently in-the-works Freeman House Condominiums, where permits have recently been issued. Such development is feasible only on the most lucrative property in the city, and the site certainly fits the bill.

The surrounding blocks are home to some of Philadelphia’s most venerated dining and cultural scene. Rittenhouse Square Park sits two short blocks to the south, and the city’s business core is situated immediately to the north. The site sits within short walking distance of all of the city’s major transit systems, including the SEPTA and PATCO subways, regional rail, and the trolleys. Whether the site is developed on its own or in conjunction with adjacent properties, we look forward to hearing a development announcement in the near future. 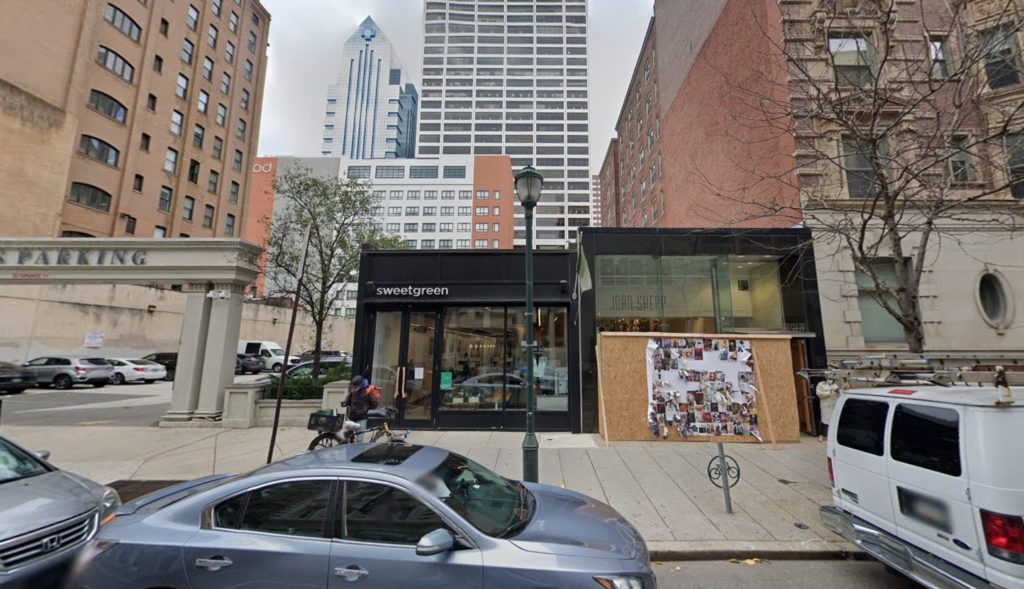 Be the first to comment on "Parkway Corporation Seeks to Build Up To 60,000 Square Feet at 1821 Chestnut Street in Rittenhouse Square, Center City"