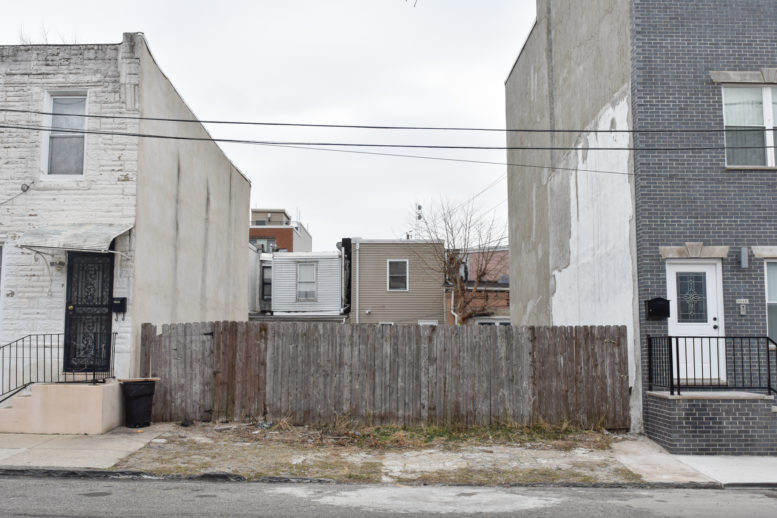 At the end of 2020, YIMBY reported that permits have been filed for the construction of a single-family residential structure at 3644 Wharton Street in the Forgotten Bottom section of Grays Ferry in South Philadelphia. The structure will replace a vacant lot on the south side of the block between South 36th Street and Schuylkill Avenue. Designed by Joseph S. Serratore & Company Architects (JOs. Serratore & Co. Architect Inc. aka JAS), the building will rise three stories and hold 2,285 square feet of interior space. Features will include full sprinkling, a basement, and a roof deck, which, due to the building’s prominence over adjacent structures, will offer dramatic vistas of the nearby Center City and University City skylines. Permits list South Campus LLC as the owner and Cormac McAller as the contractor.

The building will measure 15 feet wide and 41 feet deep, rising without setbacks to the parapet. The main roof will rise 32 feet tall, six feet below the 38-foot height limit. The stair tower, which will stand 41 feet tall to the pinnacle, will not count toward the zoning height. At three stories and six feet below the height limit, the structure is underbuilt and thus squanders the site’s full potential. The configuration offers the benefits of tall (up to nine-foot) ceilings, as well as a historically-appropriate raised base that also allows for a basement illuminated via natural height. Still, an extra floor could be added without sacrificing any of these high-quality-housing features if the city’s prevailing limit was raised just slightly higher, to 45 feet.

Our prior article featured an exterior image taken from Google Maps, dated around 2019. Since that time, our recent site visit revealed that no progress has been made since that time, with an overgrown lot still sitting fallow behind a wooden plank fence. Regrettably, no construction progress has also been observed at the multi-building complex planned a short block to the south at 1319-23 Schuylkill Avenue. 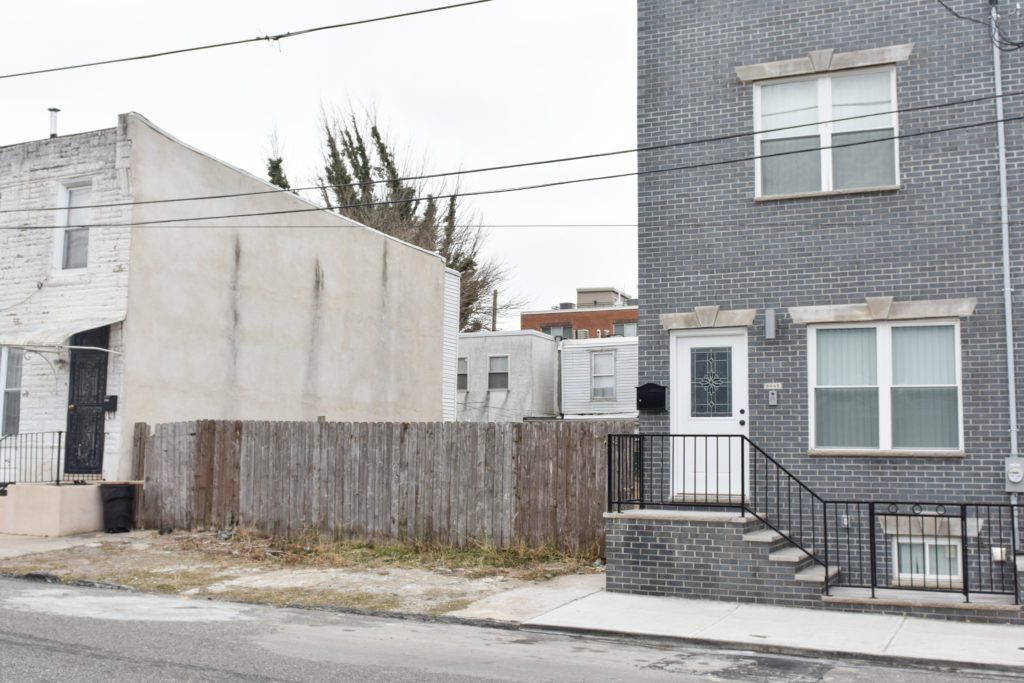 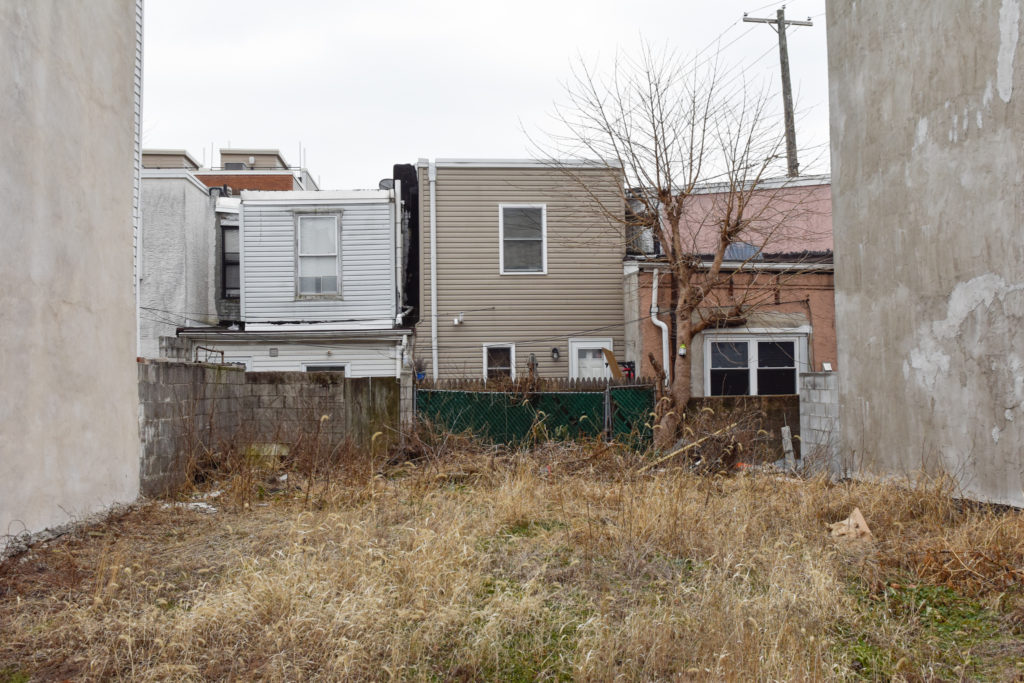 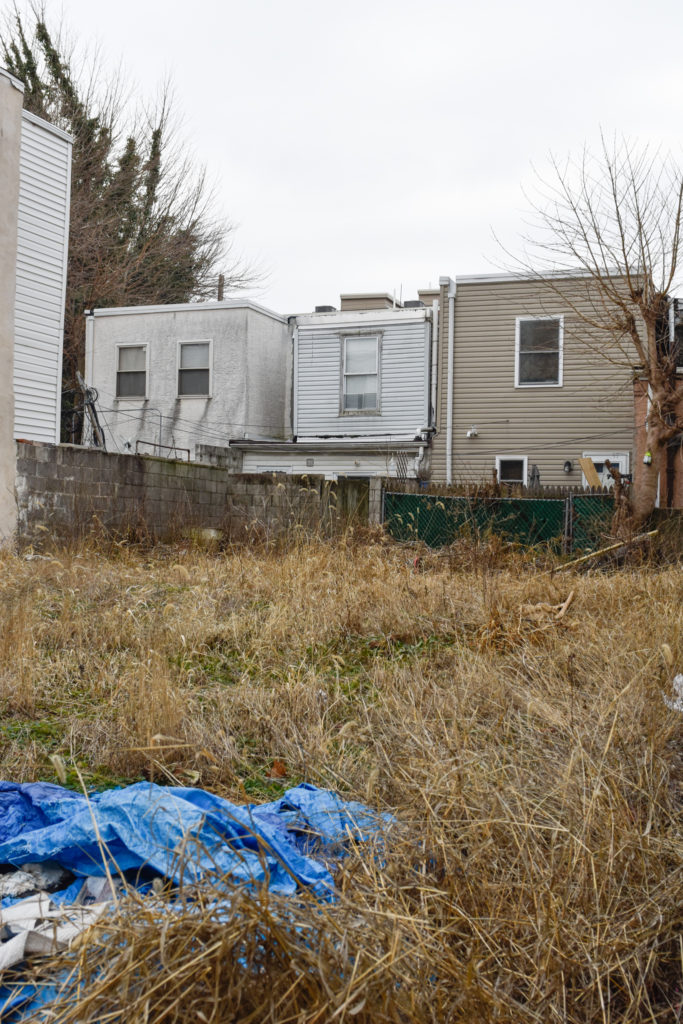 Both developments are situated in Forgotten Bottom, the westernmost section of Grays Ferry, where a small residential neighborhood sits near-isolated by waterfront industry along the Schuylkill River waterfront on three sides and the train trestle and the Interstate 76 (aka the Schuylkill Expressway) to the south.

Despite its remoteness, the compact neighborhood offers the benefits of adjacency to the Grays Ferry Crescent Trail Park as well as walking distance to University City, particularly its rapidly-developing Medical District on the neighborhood’s south side. As such, Forgotten Bottom is being increasingly remembered by the city’s real estate industry, and we hope to see construction progress at 3644 Wharton Street, 1319-23 Schuylkill Avenue, and elsewhere in the area, in the near future. 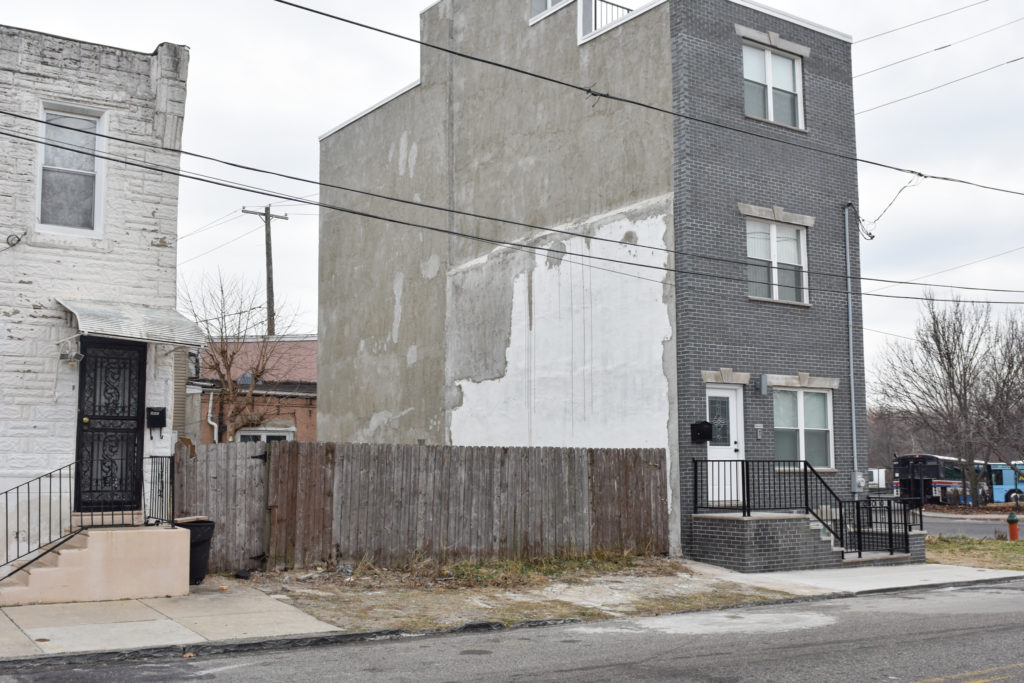 Be the first to comment on "No Construction Progress Yet at 3644 Wharton Street in Grays Ferry, South Philadelphia"