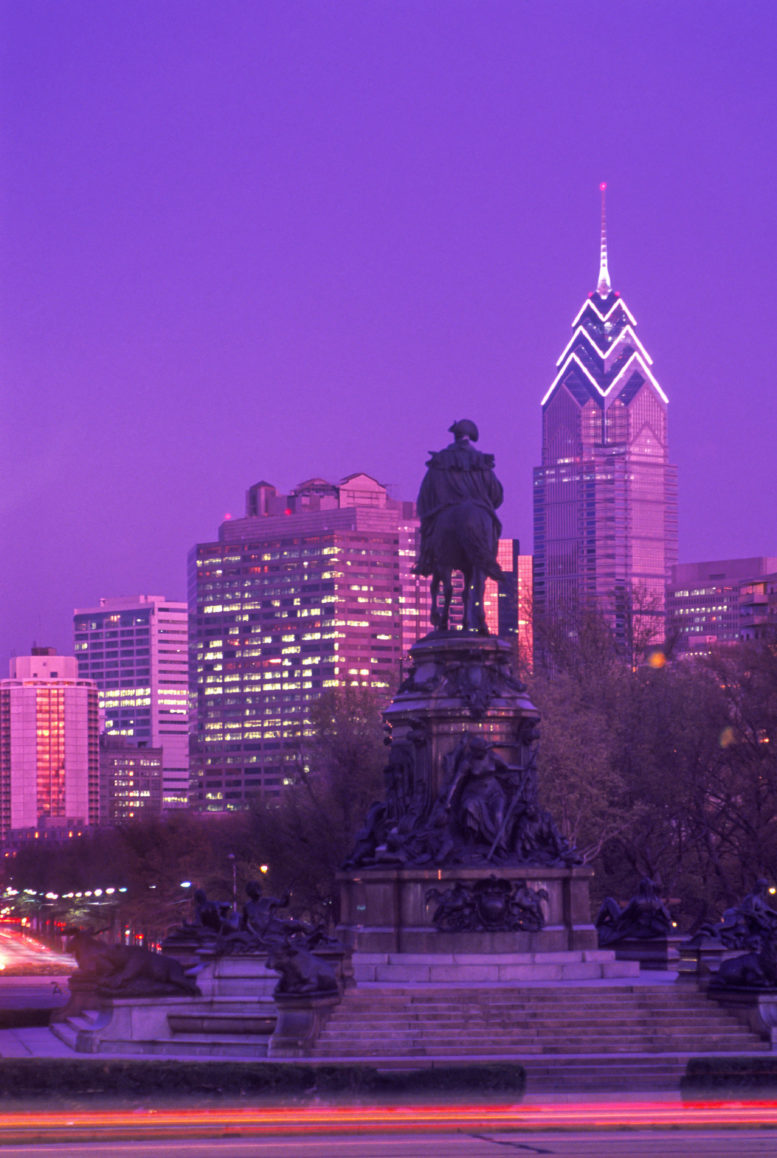 One Liberty Place from the Museum of Art. Image by Russell Kord via Alamy

The idea of building higher than the William Penn statue atop Philadelphia City Hall was roundly rejected by city planners and the public for a long time. Boldly, in 1983, Willard G. Rouse III of Rouse and Associates bought a large plot of land and scouted for an architect to design a pair of limit-breaking towers. In April 1984, a proposal was revealed to the city, which was met with with heavy opposition, though the decision to go ahead with the project was eventually approved via a vote. In May 1985, the official designs by Helmut Jahn were revealed at the groundbreaking, inaugurating the construction of two office towers and a hotel, which lasted from 1985 and 1990 and changed the Philadelphia skyline in the process. Although Philly YIMBY has already looked at One Liberty Place shortly after completion, today we take look at more perspectives of the iconic structure from the time when it finished construction. 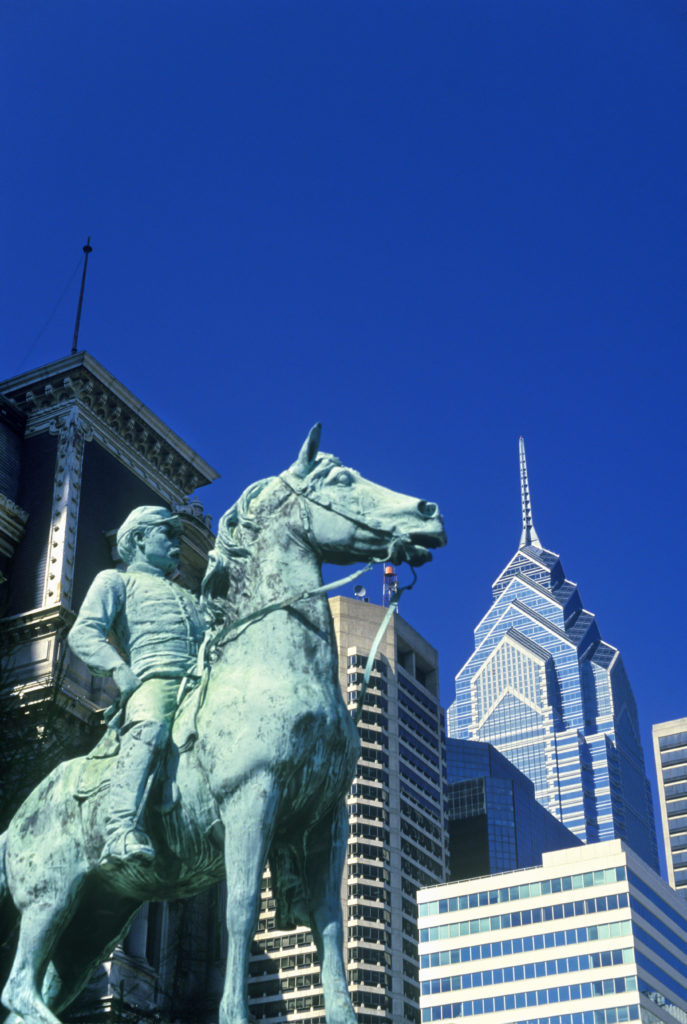 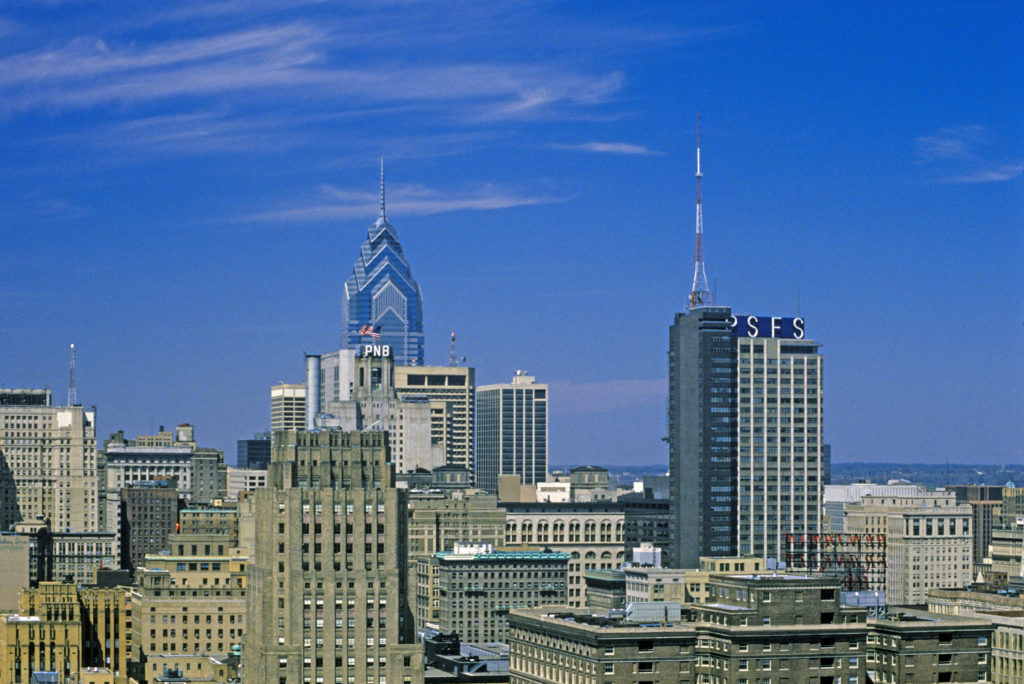 One Liberty Place in the skyline. Photo by GALA Images ARCHIVE 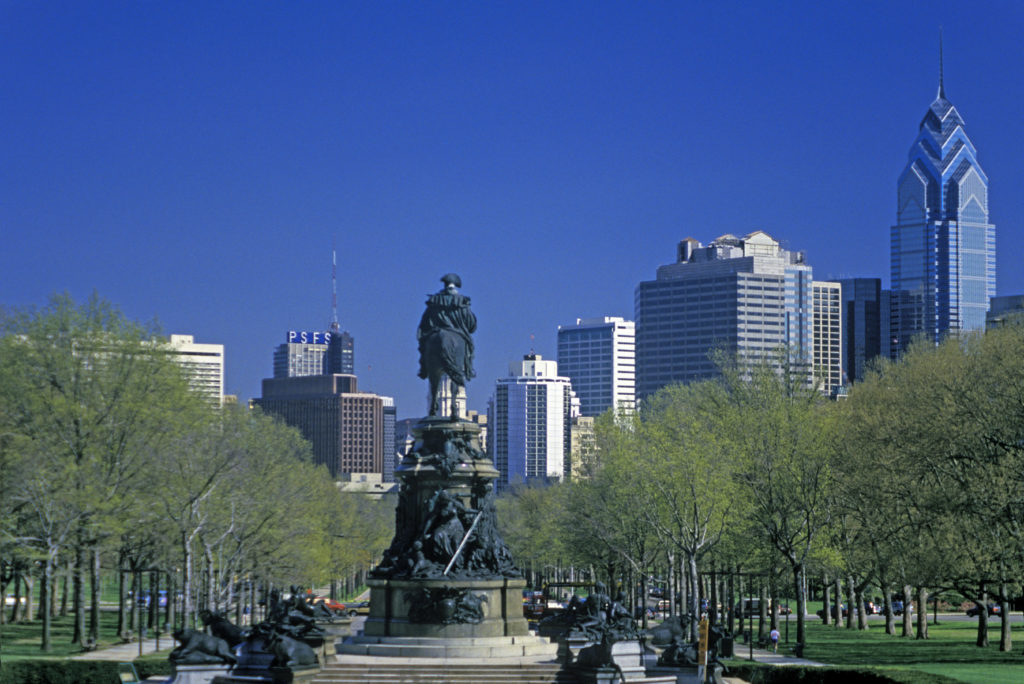 One Liberty Place from the Art Museum. Photo by GALA Images ARCHIVE

Slight differences are noticeable on the building from back then as compared to today. Most notably, One Liberty Place had a sharp, bare spire that was divided by ladder-like implements. Broadcasting equipment was installed at the base of the spire in 1991, and later in 2002 at the top of the spire since frequencies from the Roxborough tower farm were blocked by the skyscraper since it was built. Another difference in the appearance is the glass right under the top gable and spire, as the glass is darker and used to not be opaque. 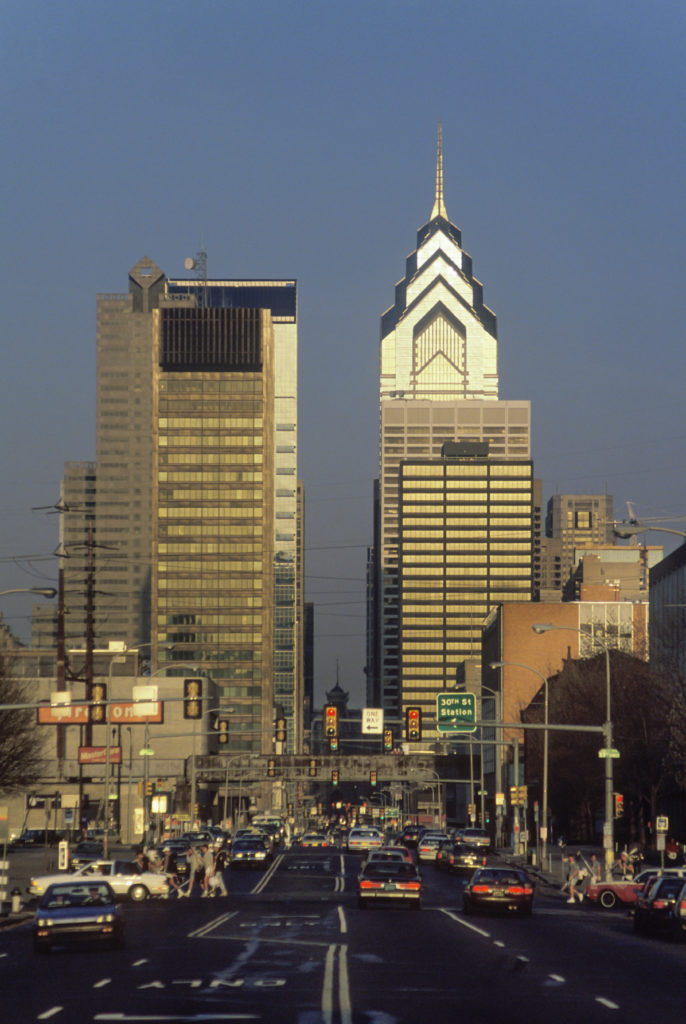 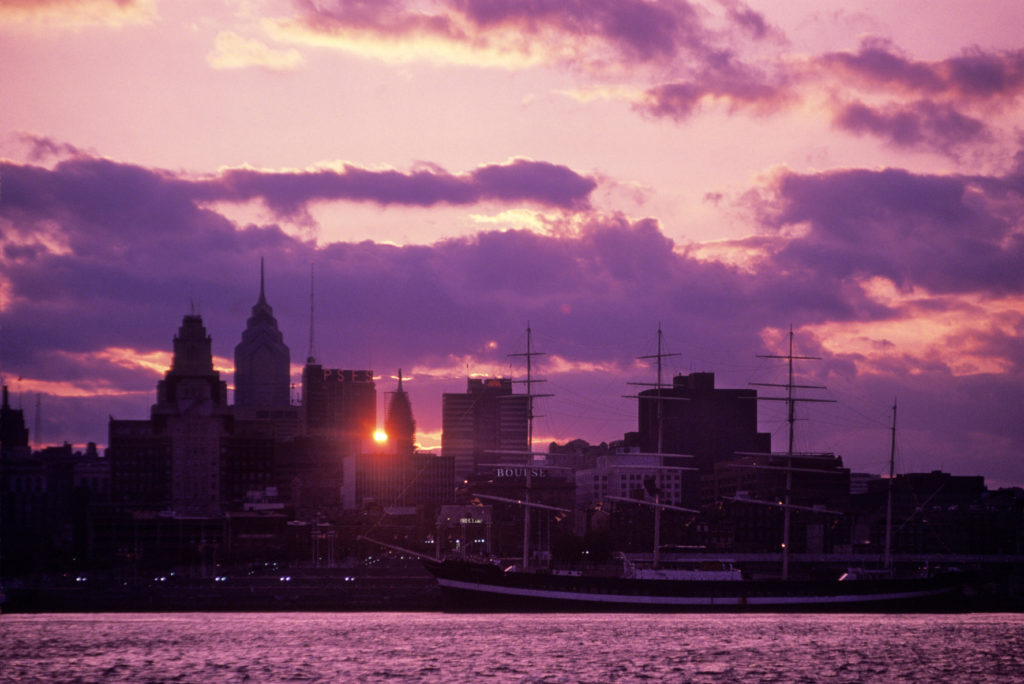 One Liberty Place from Camden. Photo by GALA Images ARCHIVE

Ever since the tower was built, the contrasting glass and stone exterior still shows off the Postmodern design that Helmut Jahn had crafted. The stone and glass patterns seem to not have aged much, as the building still looks fresh and new from certain angles and under particular lighting. With the renovated lighting, the illumination has been brightened again, bringing the appearance close to how the tower looked back in 1988. To this day, the tower is still one of the most famous buildings in Center City, notable for its impact and history on Philadelphians and the skyline. 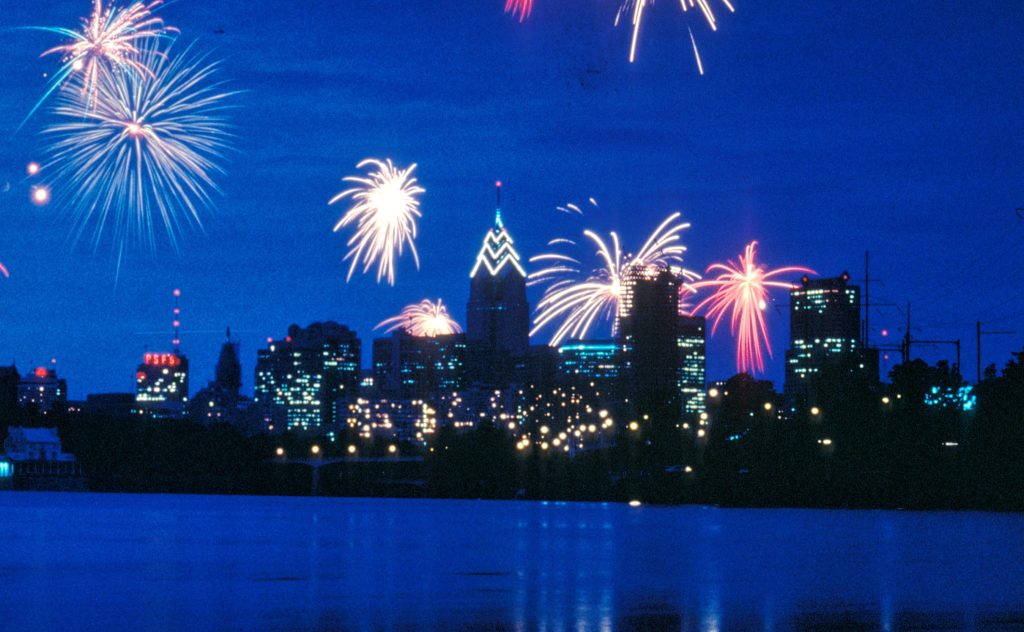 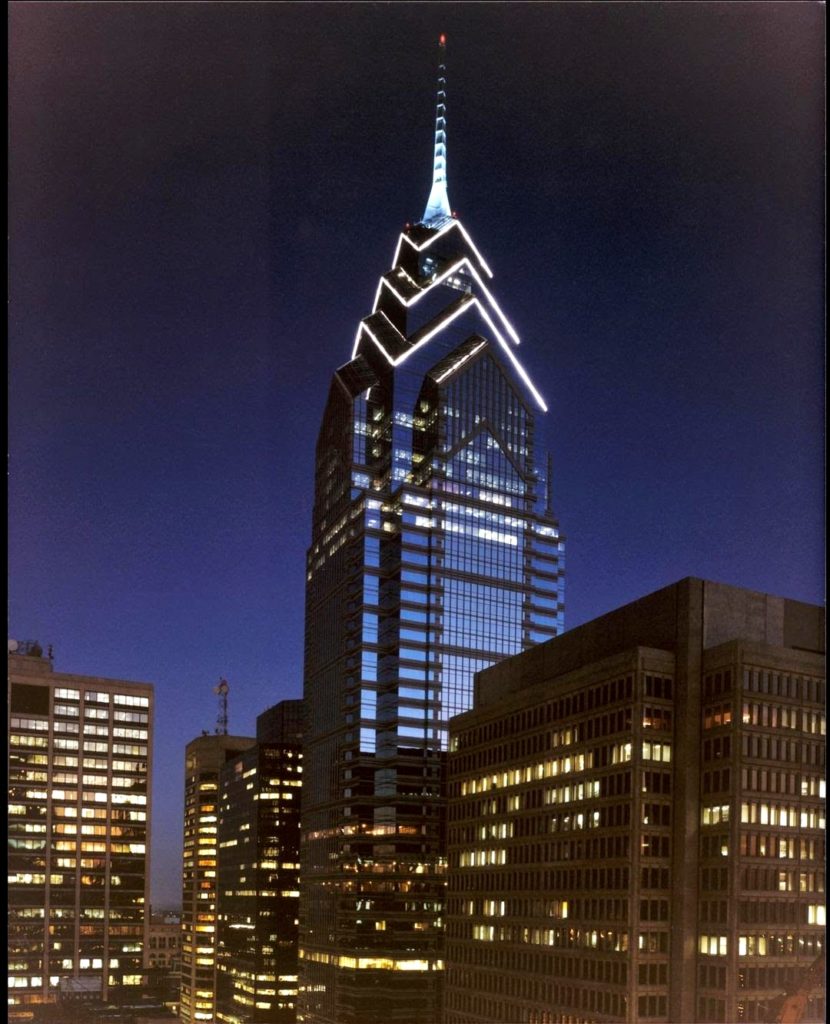