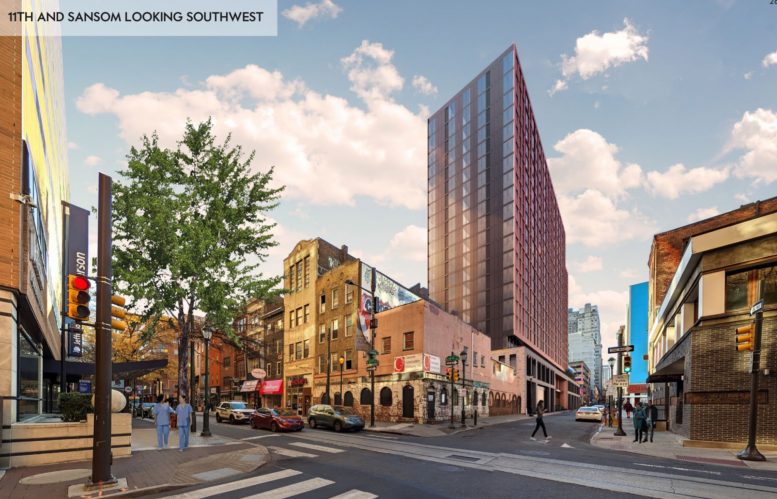 In the Market East section of Center City, a group of new developments will form a noticeable skyline cluster. At 123 South 12th Street, construction is now well underway at a project dubbed 12 + Sansom. Designed by both Bower Lewis Thower Architects and Studios Architecture, while the building was developed by Greystar Real Estate Partners, the tower will rise 265 feet and 20 stories, which will add a good amount of density to the area. The tower, which will feature a whopping 412 rental units along with amenity space, rises close to the Jefferson Health campus. 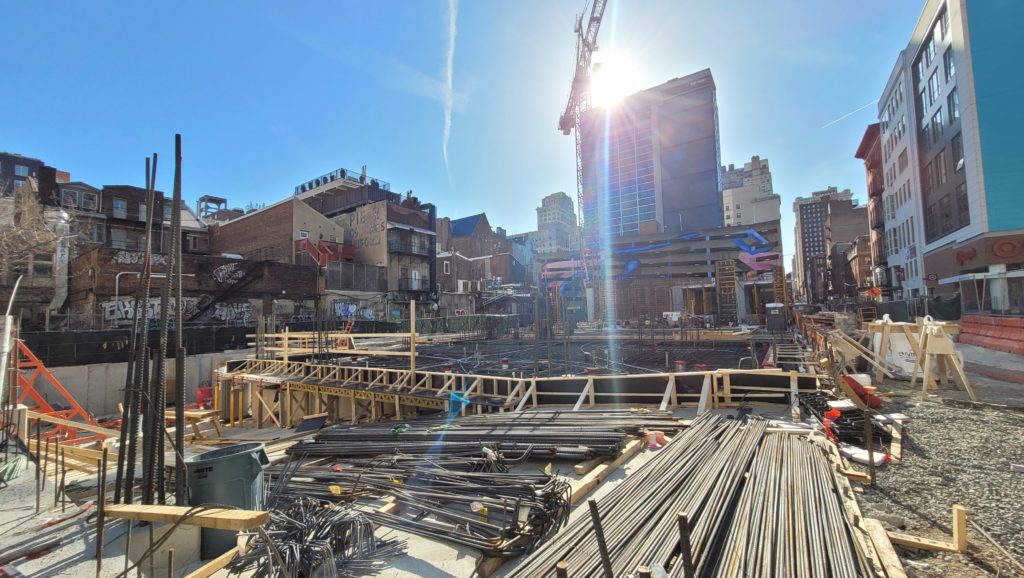 The project was first revealed in July 2019, with a design different from the current one. The building was originally planned to rise taller and boast an exterior of a bright beige color. The current design was revealed in February 2021 in via a Civic Design Review submission, where changes were greatly noticeable, including a shorter design and a copper-like exterior. Demolition permits were submitted and approved in June, and demolition on the parking garage started in August. The garage was completely gone by late September, and the foundation was dug out with the concrete work underway by December. A tower crane was erected in January, and the construction of the superstructure was underway. 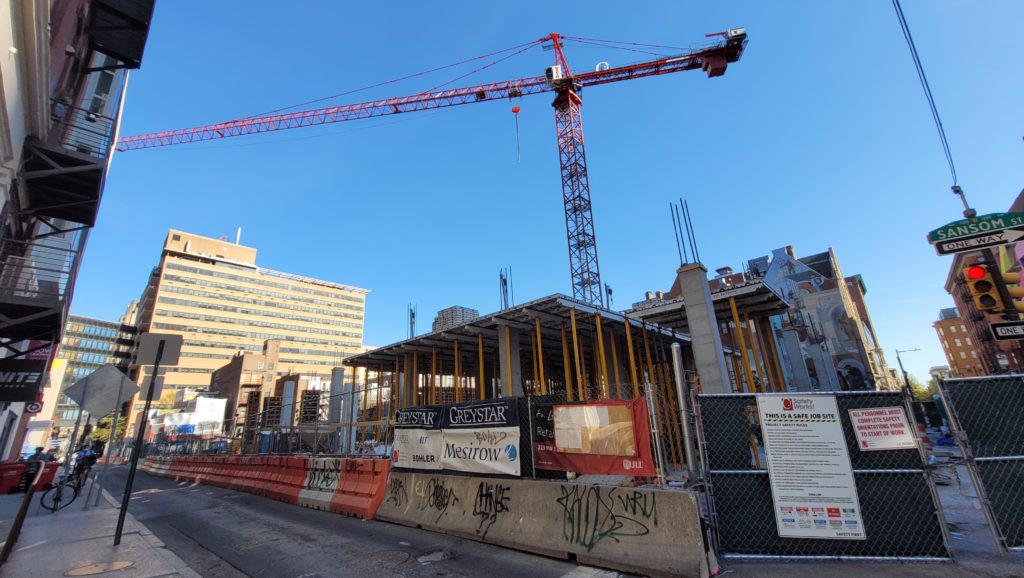 The tower crane is noticeable from limited views of the skyline as it is not very tall yet, but the building will soon be seen from multiple perspectives. Work on much of the ground floor has been finished, and the columns for the second floor have been cast with scaffolding going up to form the second floor. The concrete forms shaping the core in the south side of the floor plan can also be seen, as the next floor is being set up on the west side of the site. Eventually, the tower will top out later this year. 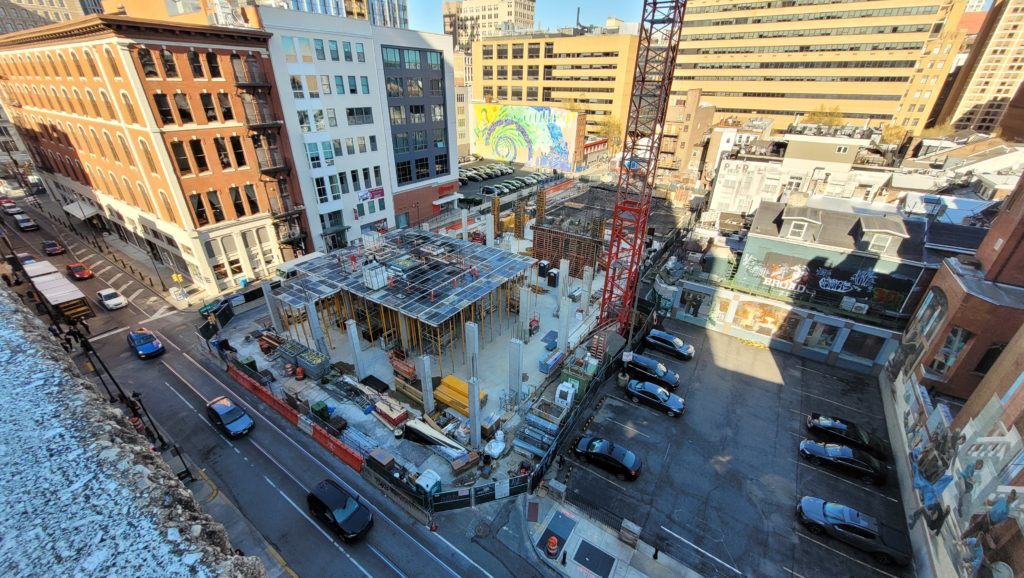 12 + Sansom Street from a nearby parking garage. Photo by Thomas Koloski

The building may be completed by 2023.

Be the first to comment on "12 + Sansom Rises Above Ground At 123 South 12th Street In Market East, Center City"