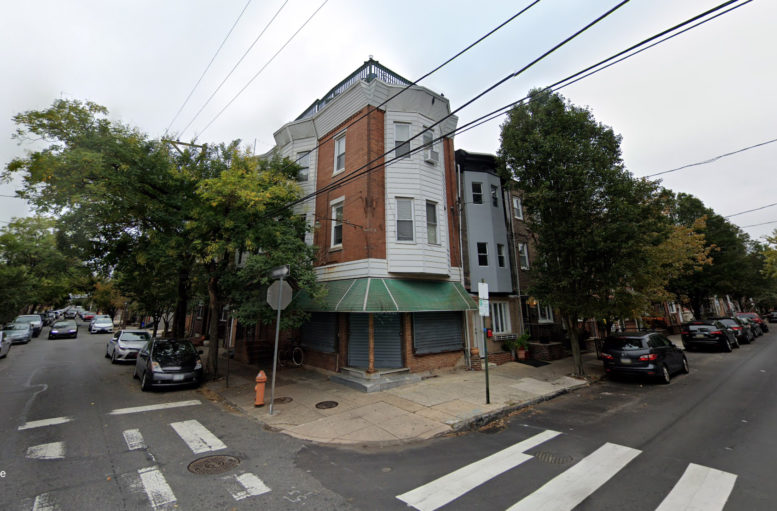 Permits have been issued for a mixed-use renovation at a three-story building at 1200-02 South 7th Street in Passyunk Square, South Philadelphia. The renovation will span 3,125 square feet. Partial interior change of use will add commercial space at the ground floor as well as four apartments.

The building at hand is a decently attractive structure that has the potential to be transformed to former glory that has been somewhat diminished by previous renovations. Brick covers the majority of the exterior, rising the building’s full height. A cornice sits atop the structure, though has been blocked from view with vinyl siding, similar to many other buildings in the surrounding area. Bay windows on the second and third floors of the building have also been covered by siding. Hopefully, the coming renovations will restore the original facade.

Residents will enjoy proximity to parks such as Gold Star Park. A variety of commercial offerings are located just a short walk to the east to commercial corridors such as Passyunk Avenue and the Italian Market. The new density within the building will help support these area businesses.

Meanwhile, the commercial space at the ground floor will also prove to be a great addition to the site. Adding more commercial offerings interspersed through primarily residential blocks greatly benefits the walkability and desirability of neighborhoods, and should be actively encouraged, rather than prohibited through zoning.

No completion date is known for the project at this time, though renovation work may be complete later this year of by 2023.