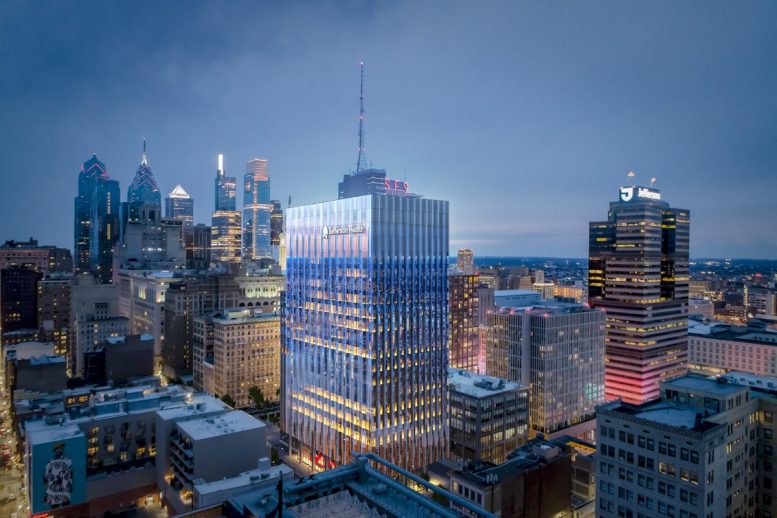 The Market East neighborhood of Center City is currently a hotspot for construction, with the Jefferson Specialty Care Pavilion at 1101 Chestnut Street as one of its most significant projects. Designed by Ennead Architects and Stantec and developed by Jefferson Health and National Real Estate Development, the structure stands 372 feet and 23 stories tall and will features a stunning undulating facade, Jefferson signage near the pinnacle, and a small park to the west. The large building will be a prominent addition to the neighborhood with a refreshing design. 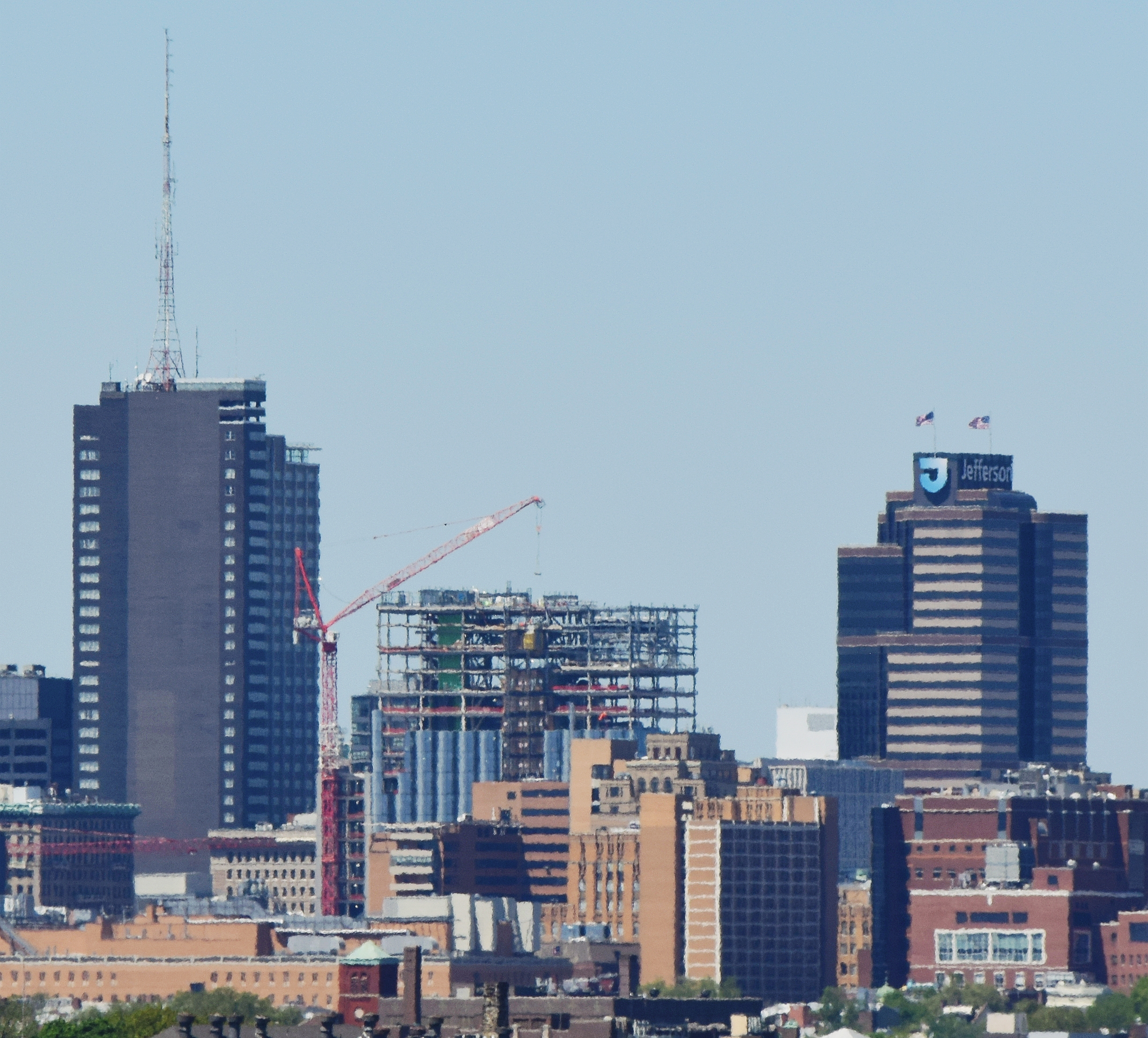 Construction of a pair of towers was announced in November 2019, and the demolition on the Art Deco parking garage that stood at the site was underway a year later. The structure was demolished quickly, and excavation work was underway at the very beginning of 2021. Just a few months later in Spring, two cranes were installed at the site. The foundation was eventually formed, and the concrete slabs for the basement floors started construction. The steel was rising out of the ground in August, presenting massive columns of steel that would soon hold a massive structure. 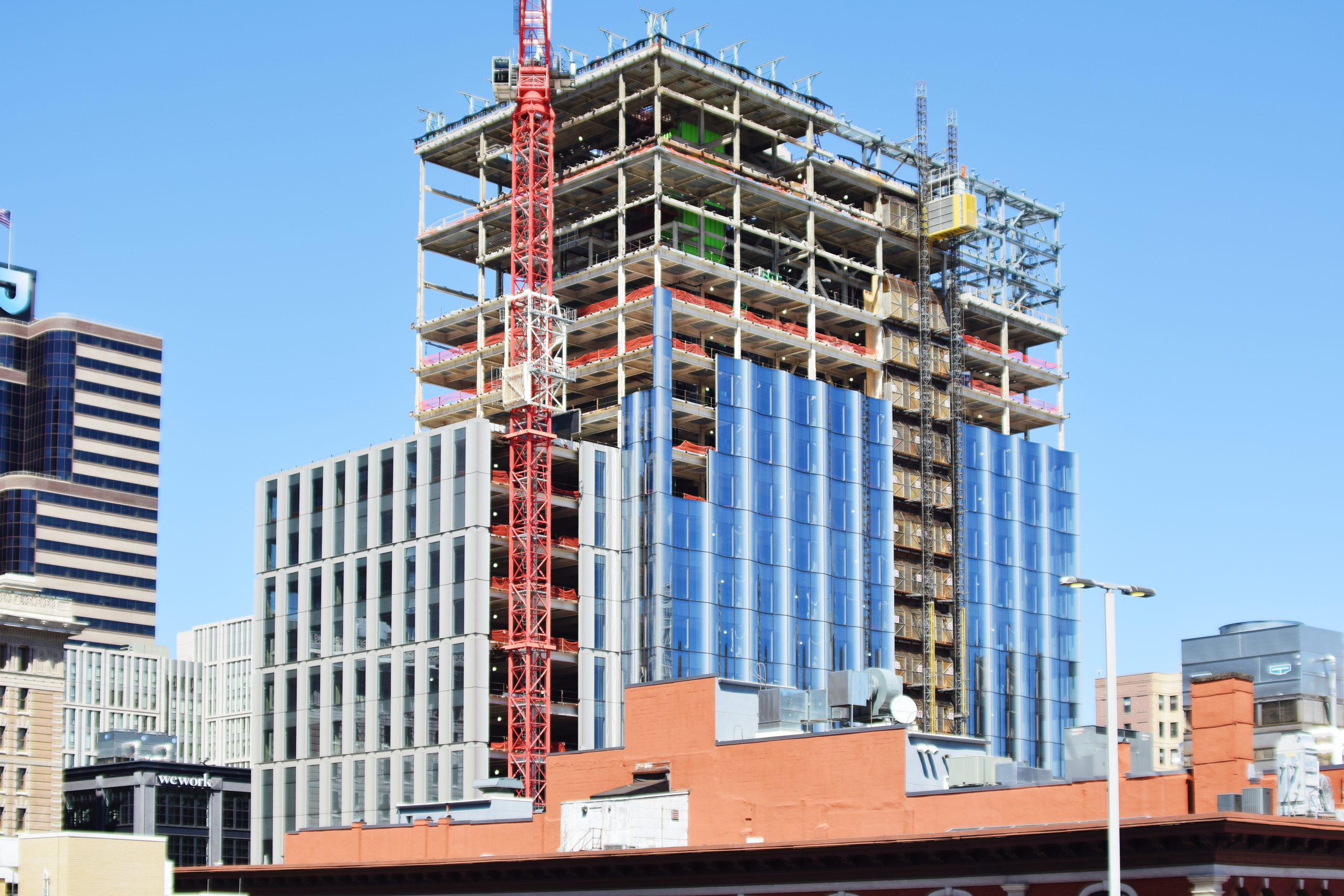 Thomas Jefferson Specialty Care Pavilion from a nearby garage. Photo by Thomas Koloski 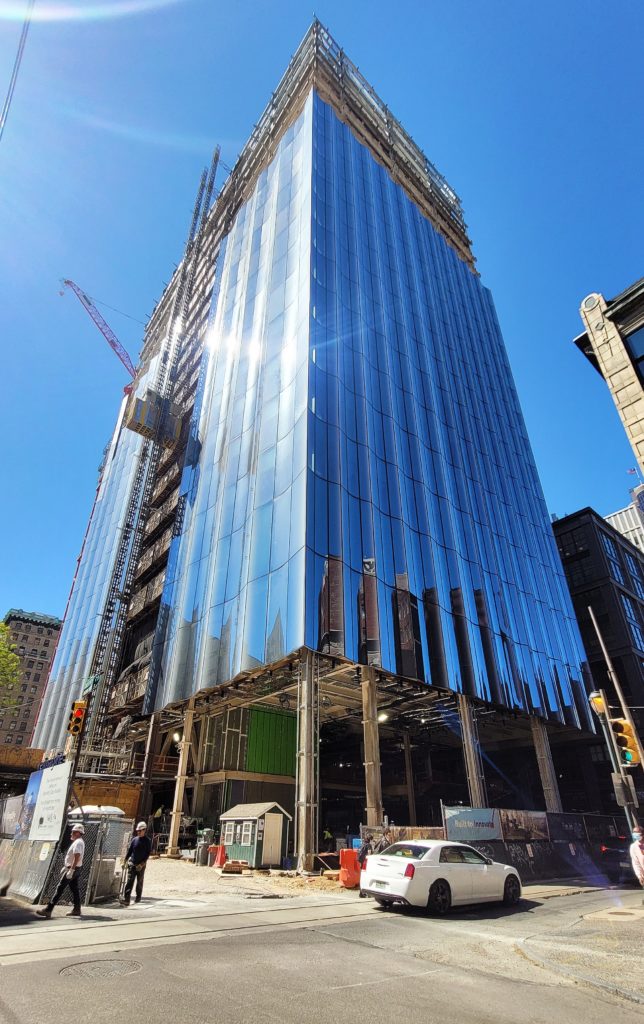 Just recently, the tower crane that rose at the superstructure was taken down. The tower has been topped out for a couple of months now and it stands high in the neighborhood. Fireproofing work appears complete, with no large white tarps in sight. Precast metal and glass panels have reached the top of the terrace, while the curvy and sharp glass now rises to the 17th floor. Work on detailing the lobby has started with installing bracing for metal cladding on the columns, and walls are underway. It now seems that the facade will be complete this summer. 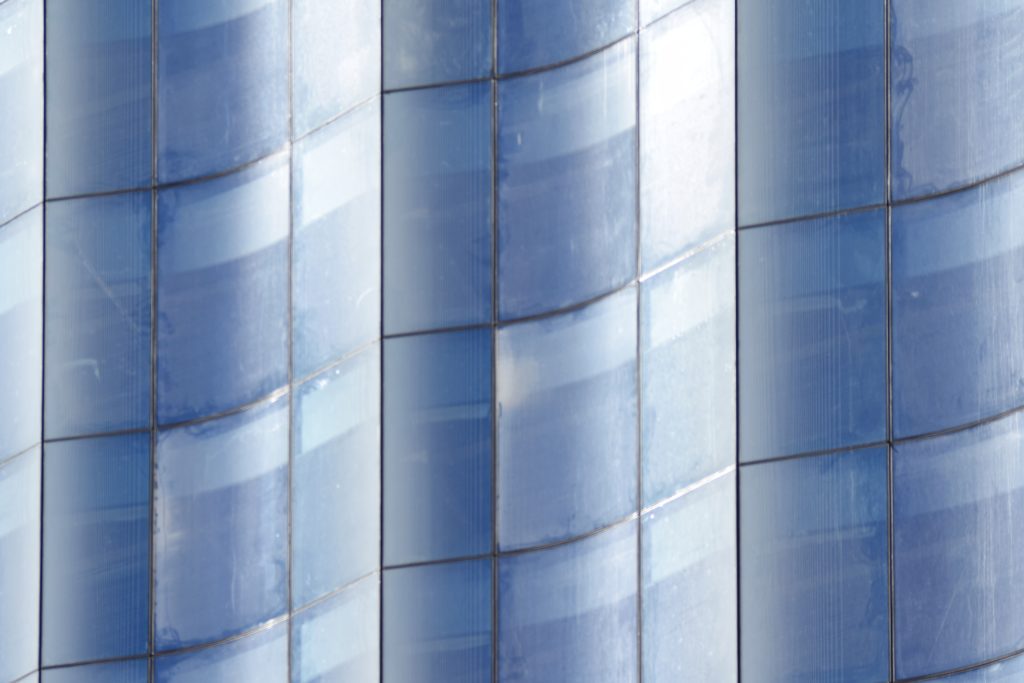 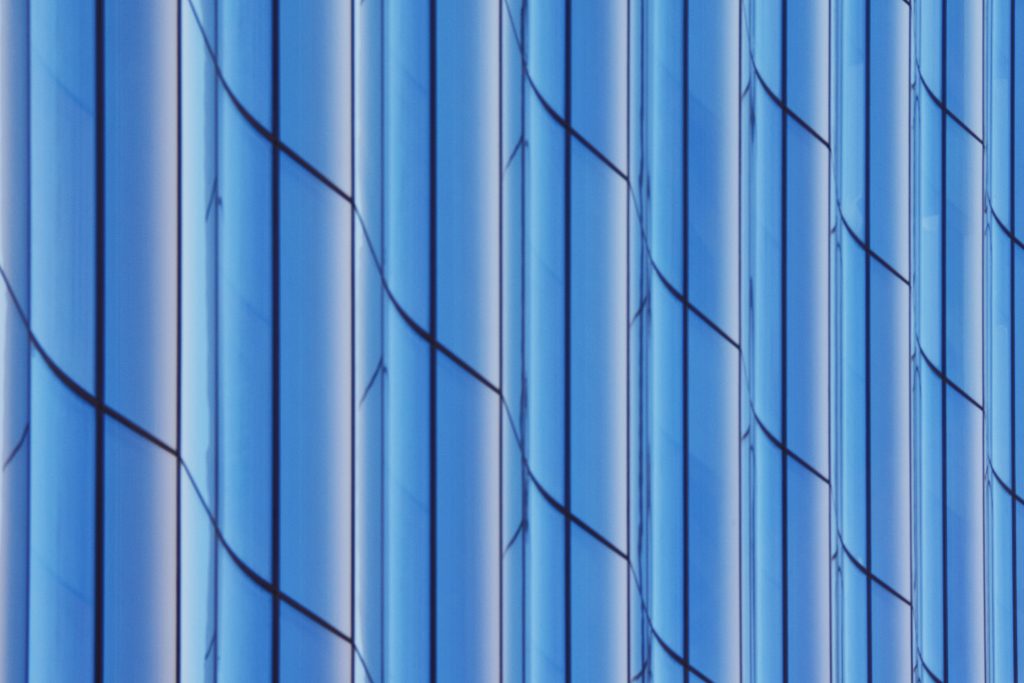 Project completion is scheduled for 2024, timed to coincide with Jefferson University’s 200th anniversary.