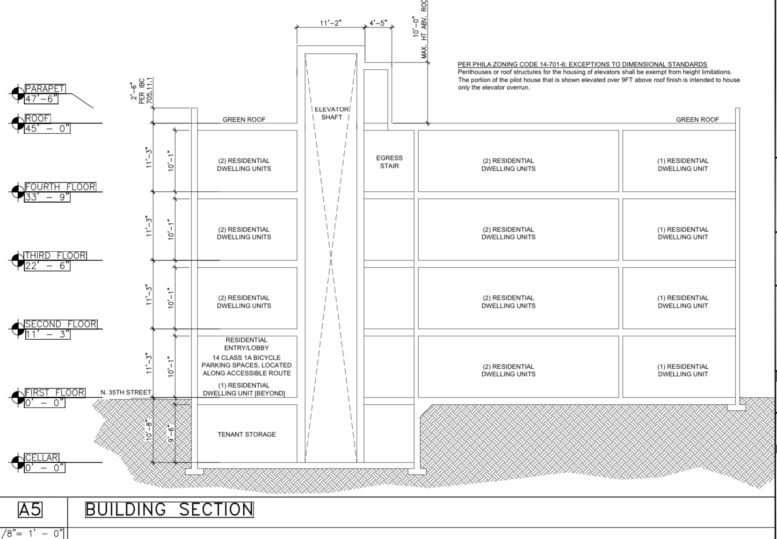 Permits have been issued for the construction of a 19-unit multi-family building at 723 North 35th Street in Mantua, West Philadelphia. Two of these units come from a green roof bonus, due to the inclusion of a green roof at the top of the structure, with more six moving from a mixed-income bonus, as affordable ins are also incorporated into the project. There will be seven bike parking spaces to help serve these residential units. CANNOdesign is the firm of record for the project, which is projected to cost $2.96 million to construct. 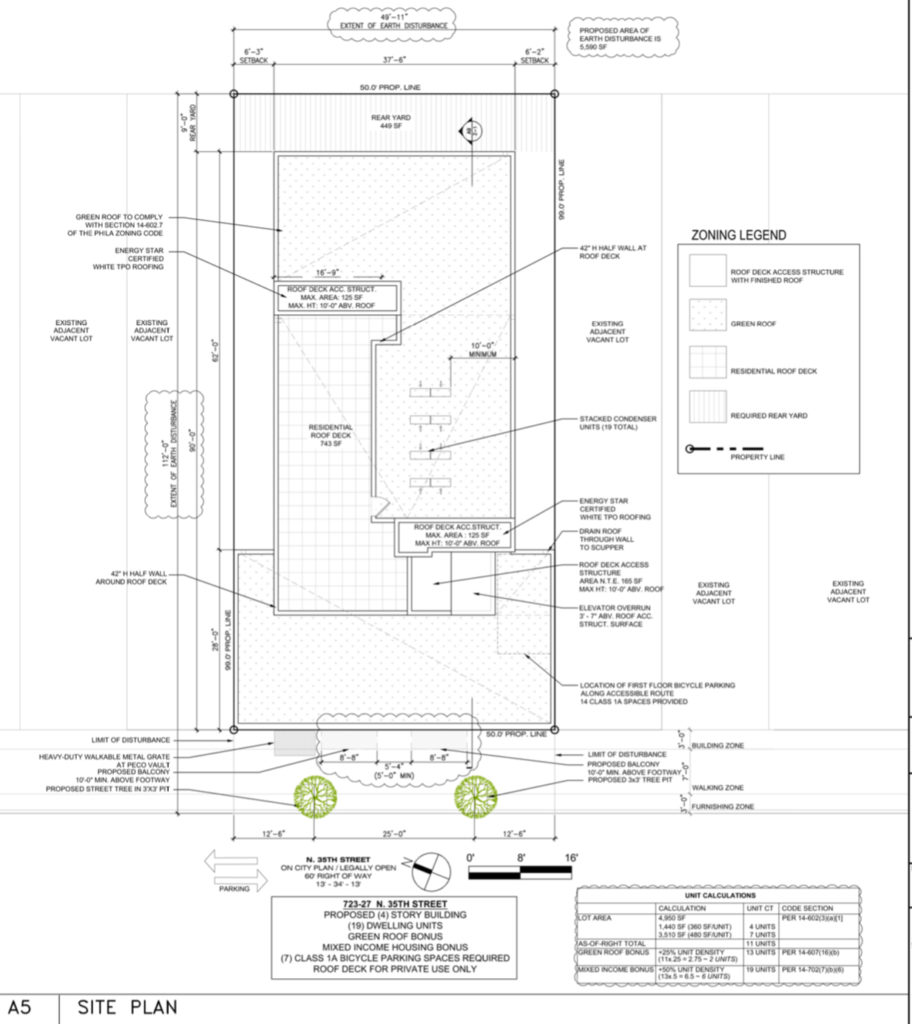 No elevation renderings are available for the project, although diagrams provide some idea of its scale. Its width will be about the width of two to three row homes allowing for the inclusion of two street trees on the sidewalk. Units will generally be separated by their location at the front or rear of the structure, with an elevator/stairwell cutting through the center. A small yard space will be located behind the structure.

The new building will be revising at the site of a vacant lot, one of many on this block, which was almost entirely hollowed out during the neighborhood’s decline. There is nothing notable about the property, with its bland grass state that resemble that of so many other properties citywide. The site sits just south of the SEPTA/Amtrak rail track and the zoo, and is within walking distance to a variety of modes of transit, meaning that this new density added to the site will make plenty of sense and can be replicated at other sites in the area. 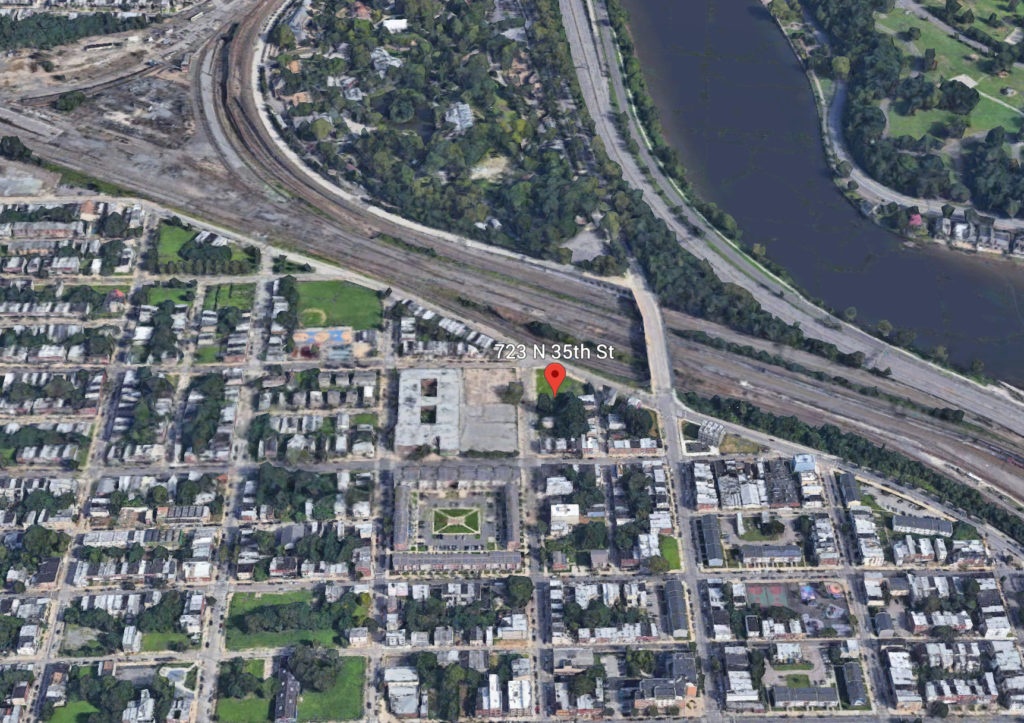 The new density added to the property will be a positive change, seeing more portions of the the neighborhood fill back in after so many structures met their demise during its decline. With University City continuing to serve as a magnet for growth to the south, expect to see continual development in Mantua.

Be the first to comment on "Permits Issued for 723 North 35th Street in Mantua, West Philadelphia"