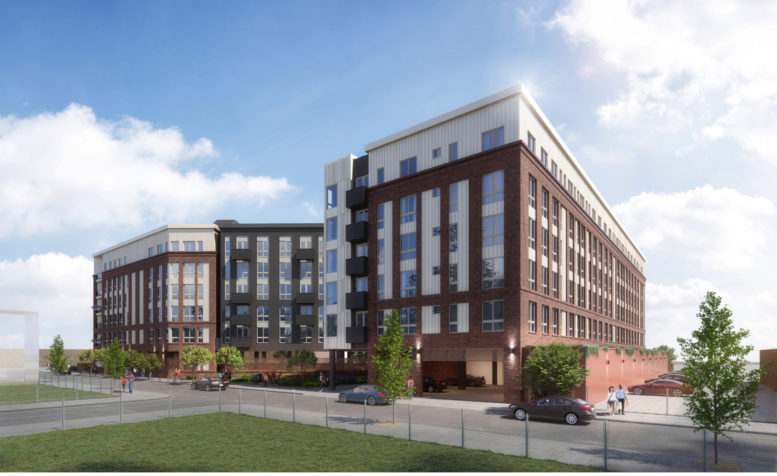 Renderings have been revealed for a 155-unit multi-family development at 2507 Almond Street in Olde Richmond, Kensington. Designed by HDO Architecture, the building, which is going before the Civic Design Review, will rise six stories tall and will hold 65 parking spaces, three of which being ADA-compliant and four designed for electric vehicles. There will also be 60 interior bicycle stalls, as well as five more on the sidewalk. 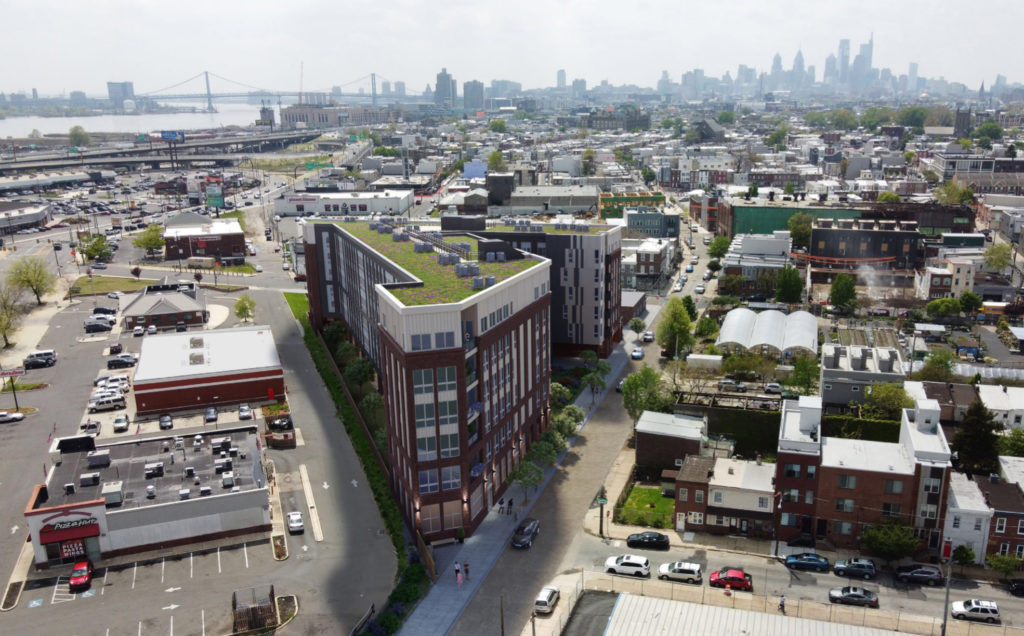 The new building will feature a modern exterior, most notably with a brick presence rising to the fifth floor. While the red brick will not cover the entirety of the facade in this portion of the structure,it is most prominent, with patches of white cladding in between windows, as well as on the sixth floor. Darker gray cladding also works its way into the design, adding more color. Unfortunately, the southern portion of the site will see the creation of a curb cut to provide for access to the interior parking space. 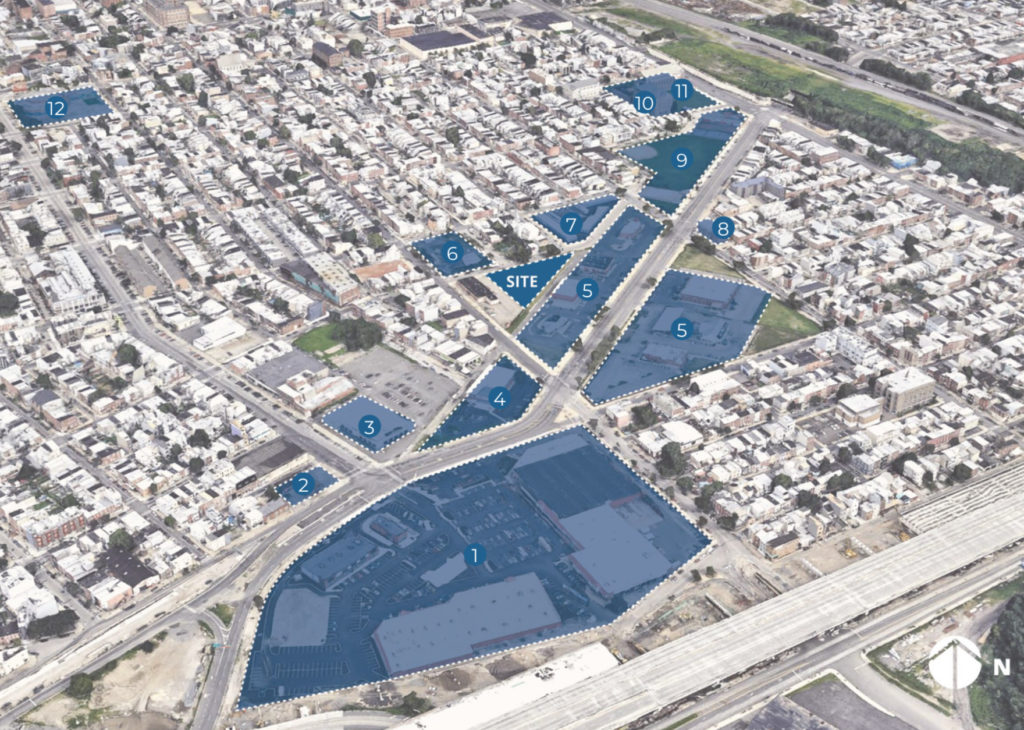 The new structure will be replacing what is currently a vacant lot, one of an unfortunately high number of such parcels in this particular area. The development backs up to the auto-centric Aramingo Avenue, which features a variety of suburban style strip malls, fast food restaurants, and gas stations which are doing nothing for the area’s walkability or housing situation. The new project will help pack in more density along this corridor, and hopefully be the first of many others. 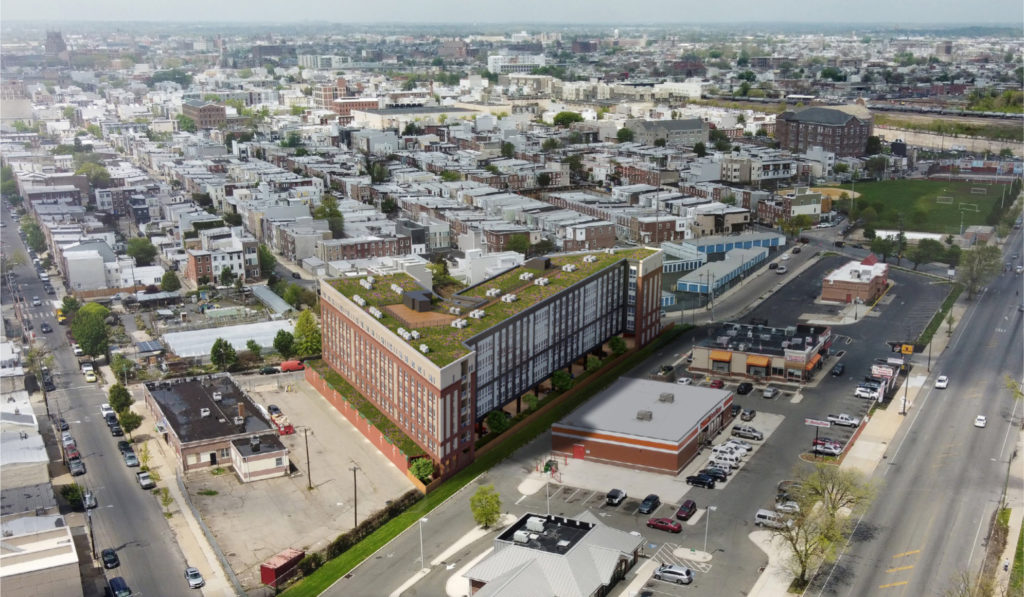 This project seres somewhat as a symbol of I-95’s impact through the city. With close proximity to the on/off ramps of the major interstate, Aramingo Avenue transformed into a suburban-styled boulevard to allow for easier car access. However, in doing this, street designers almost entirely disregarded all other modes of transportation, resulting in a “stroad” that fragments the neighborhood in separate pieces. Hopefully, moving forward, more urban-styled development will make its way to Aramingo, and a road diet will occur to help solve some the issues the street currently faces.

As for the new development, the added density will prove great towards adding more residents in a (largely) walkable area, as well as near transit, so it is an obvious win. The creation of the small courtyard space along Almond Street also creates a makeshift green space that will be a major improvement over the existing vacant-grassy land parcel.

No completion date is known for the project at this time, although YIMBY will be sure to monitor progress moving forward.