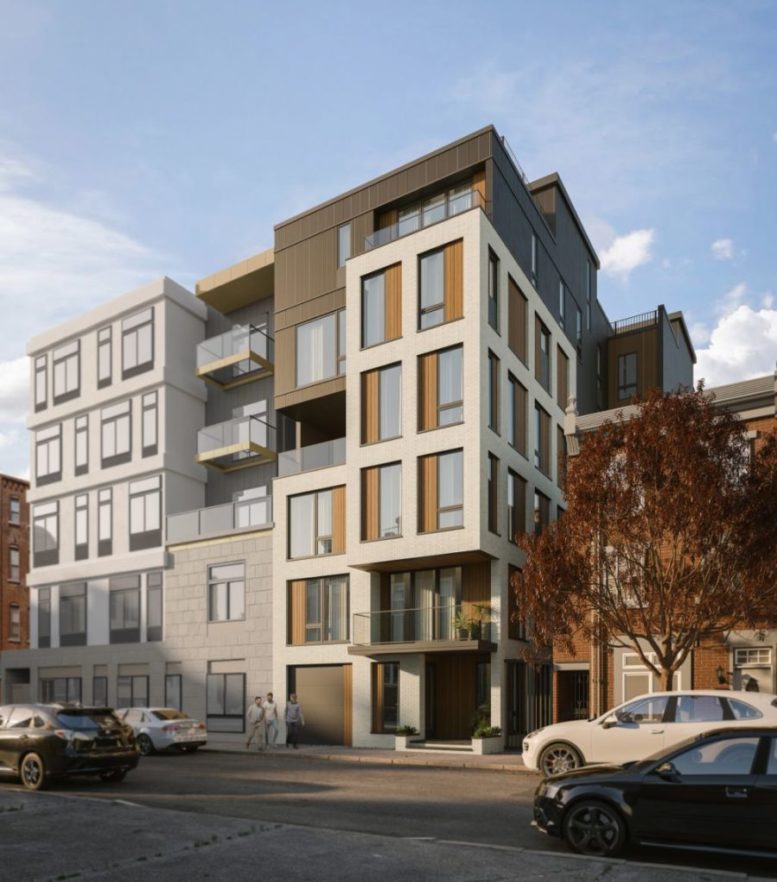 Permits have been issued for the construction of a five-story, ten-unit mixed-use building at 1139-41 North 3rd Street in Northern Liberties, North Philadelphia. Designed by Gnome Architects and developed by Zatos Investments, the new building span 15,324 square feet and feature roof decks accessible via pilot houses. The ground and basement levels of the building will house a commercial/industrial space. Some apartments will have access to partially covered parking space at the building’s rear. Permits list construction costs at $1.6 million. 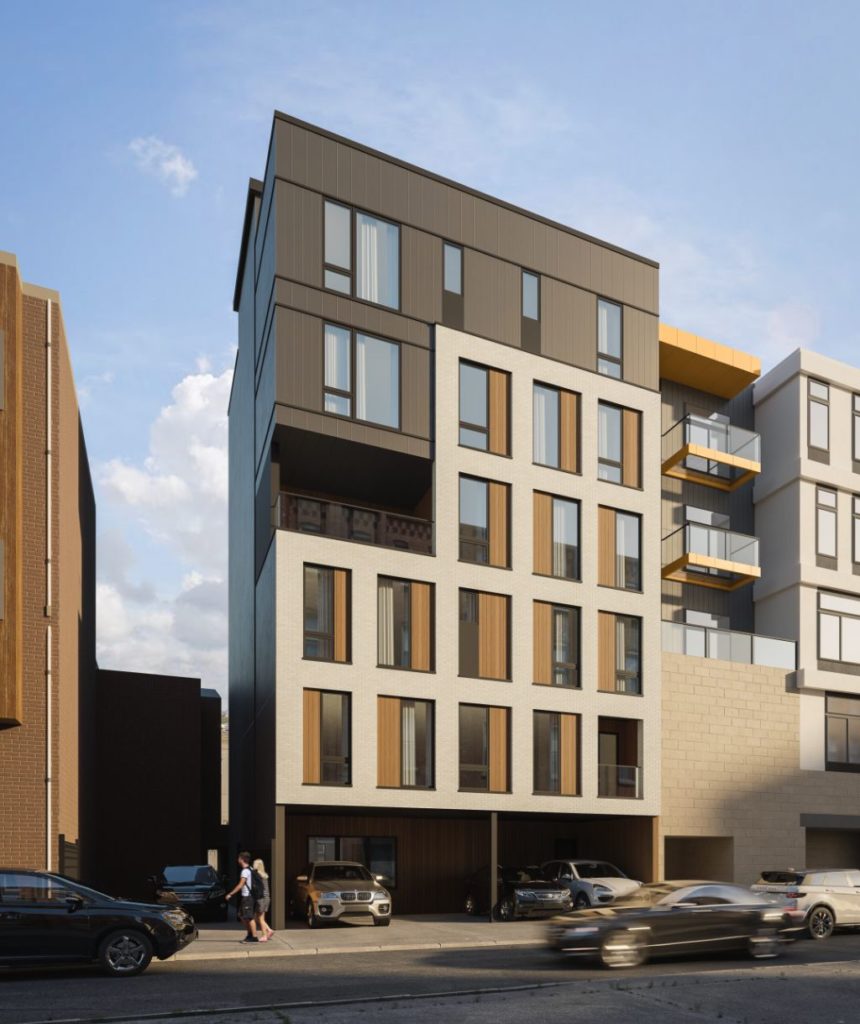 The new building will feature a modern exterior, using various facade materials to create for a contrast on the exterior. Toward street level, designers opted to deploy tan cladding paired with light brown accents around windows. Windows on the lower portions of the structure will feature a uniform size, adding visual structure to the design. Towards the top of the building, however, dark gray/black metal cladding is introduced, with windows of more varying sizes. 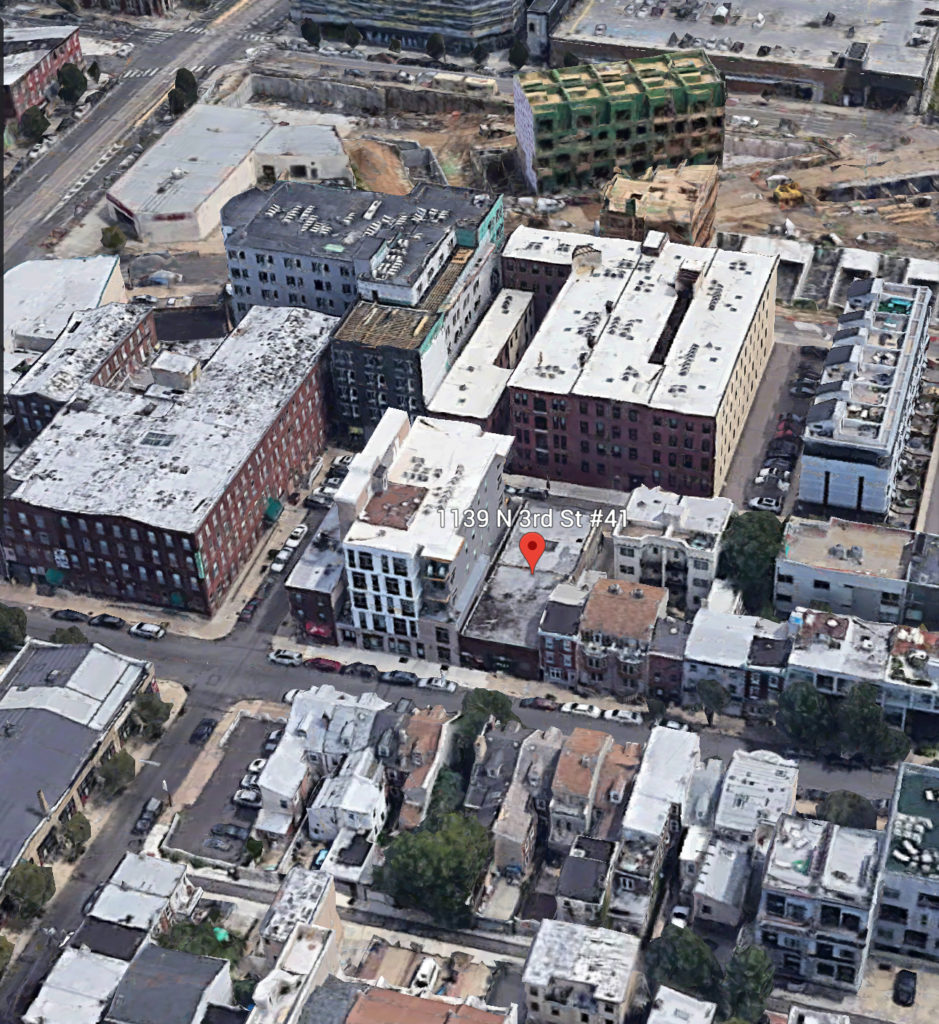 The new structure will rise at the current location of a low-slung industrial building. This building features an exterior similar to others tied with the neighborhood’s industrial past, with its single-story height and brick facade. As the neighborhood develops with its increasingly Center City-like density, the lack of height and residential space at this property is losing practicality and efficiency in land use, so it is not entirely surprising nor saddening to see this building bite the dust. 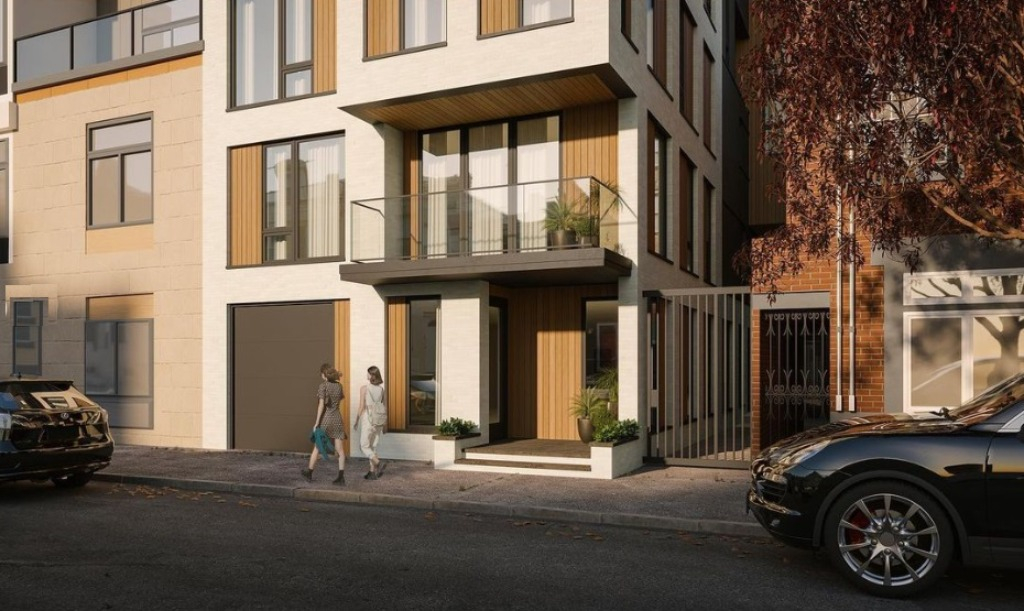 The new structure, meanwhile, will feature much more beneficial land use, with the preservation of commercial or industrial pace, as well as the introduction of a major height bonus and significant residential density. The walkable location of the property, however, deems the planned parking space somewhat unnecessary, with multiple commercial corridors and subway access within walking distance. However, these parking spaces were likely crucial for the project to move forward, and will be used as a selling point for future potential residents in time.

No completion date is known for the project at this time, though construction may be completed by 2023.

Be the first to comment on "Permits Issued for 1139-41 North 3rd Street in Northern Liberties, North Philadelphia"