Permits have been issued for the construction of a three-story, 12-unit residential building at 717 North 35th Street in Belmont, West Philadelphia. The development will replace a vacant lot on the west side of the block between Aspen and Brown streets. Designed by Haverford Square Designs, the building will feature parking for four bicycles, a basement, and a large roof deck reserved for the penthouse unit. Permits list Eugene Naydovich of Fitler Development as the contractor and a construction cost of $500,000. 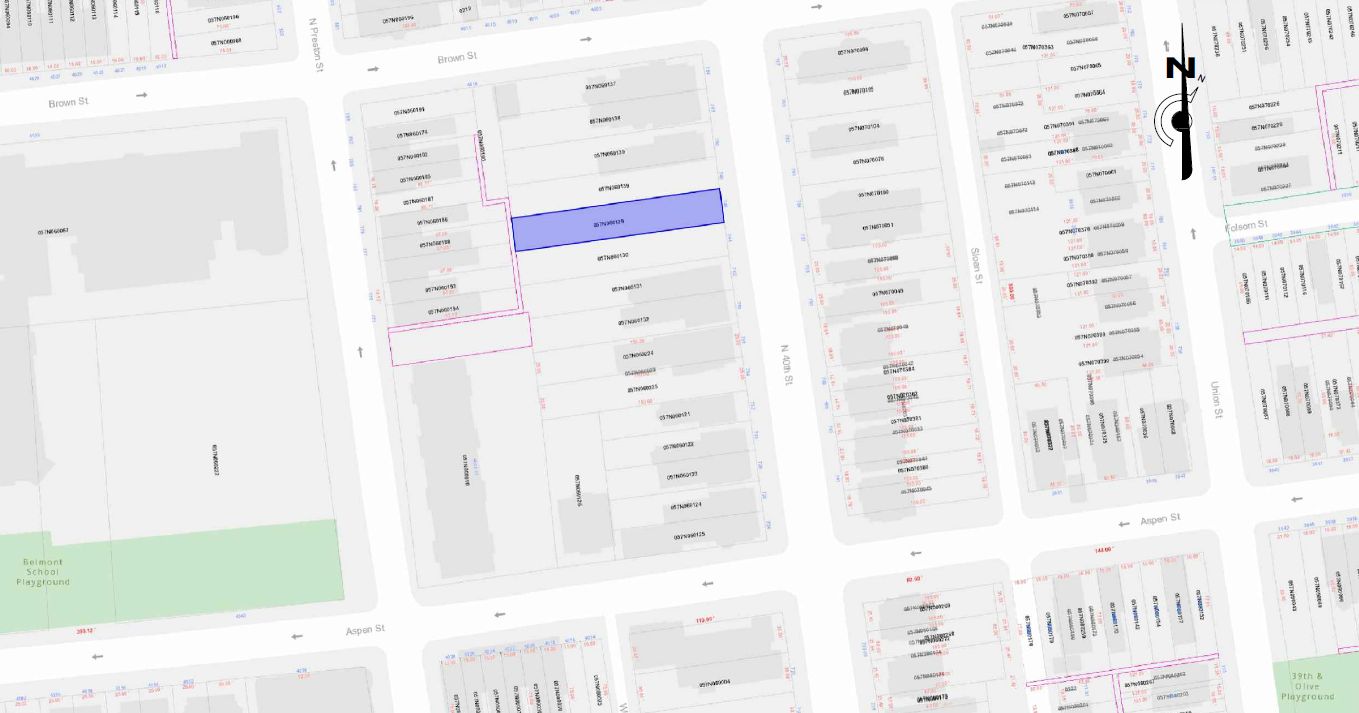 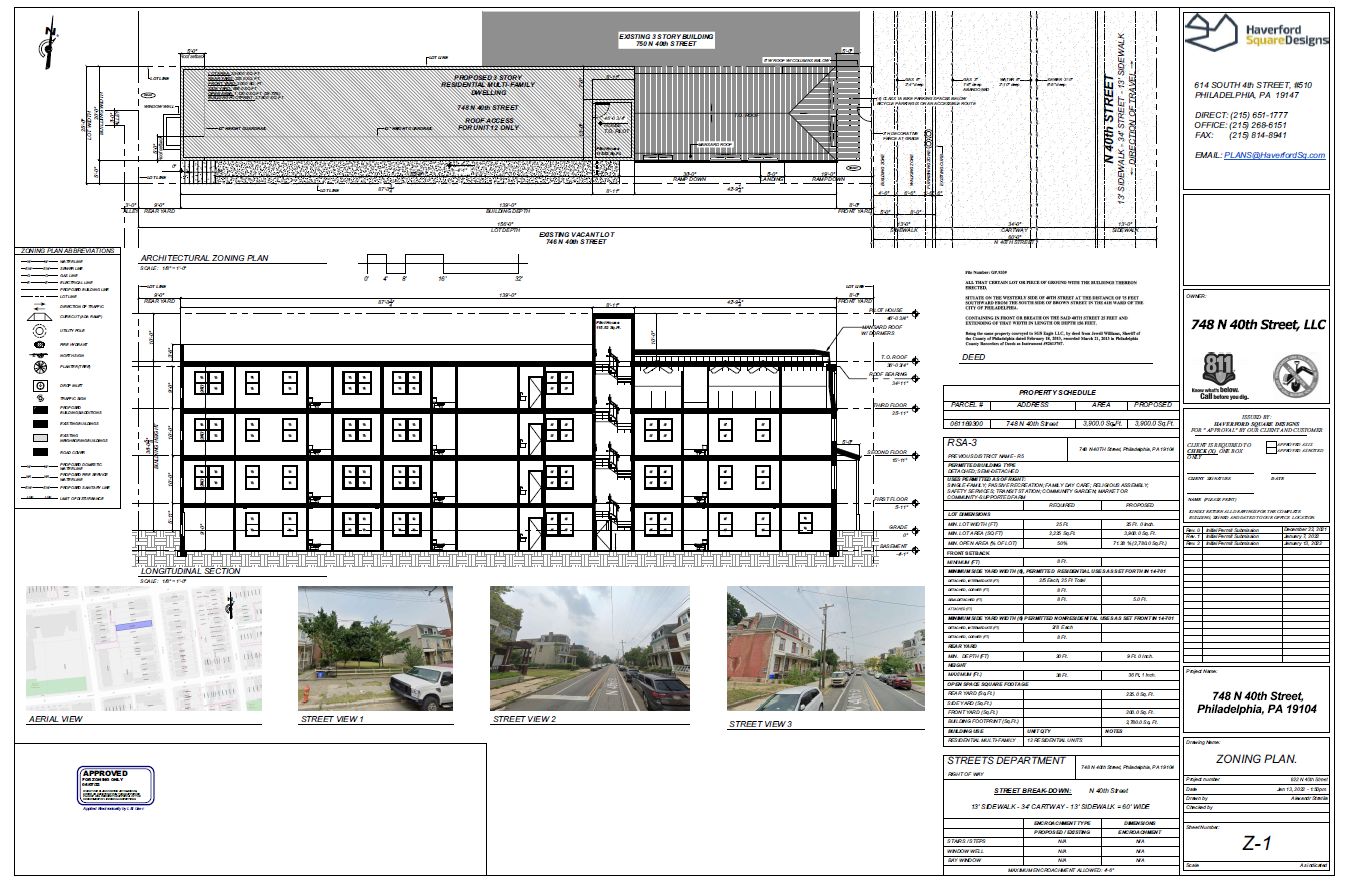 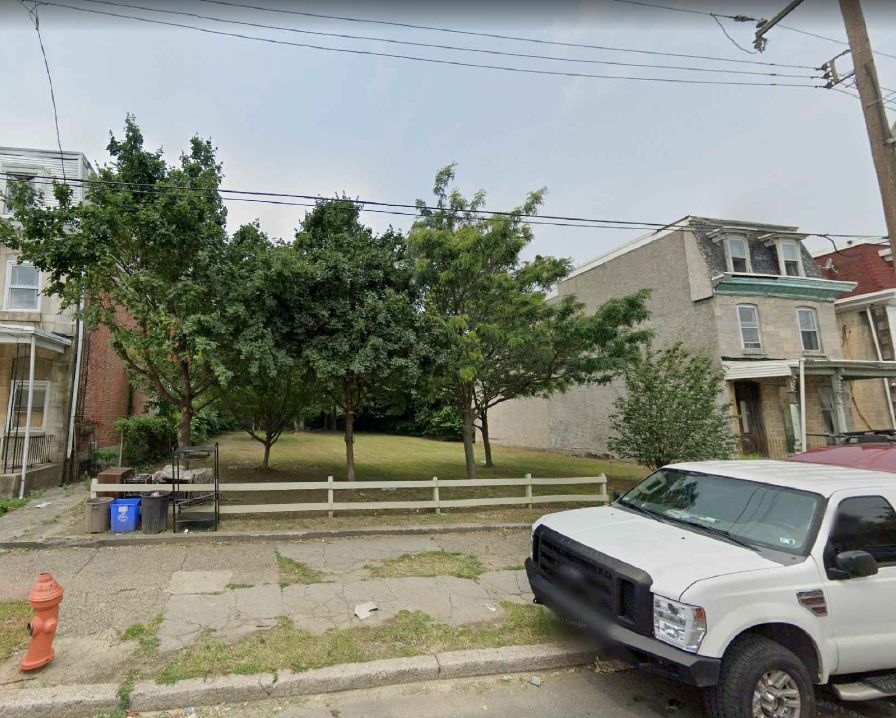 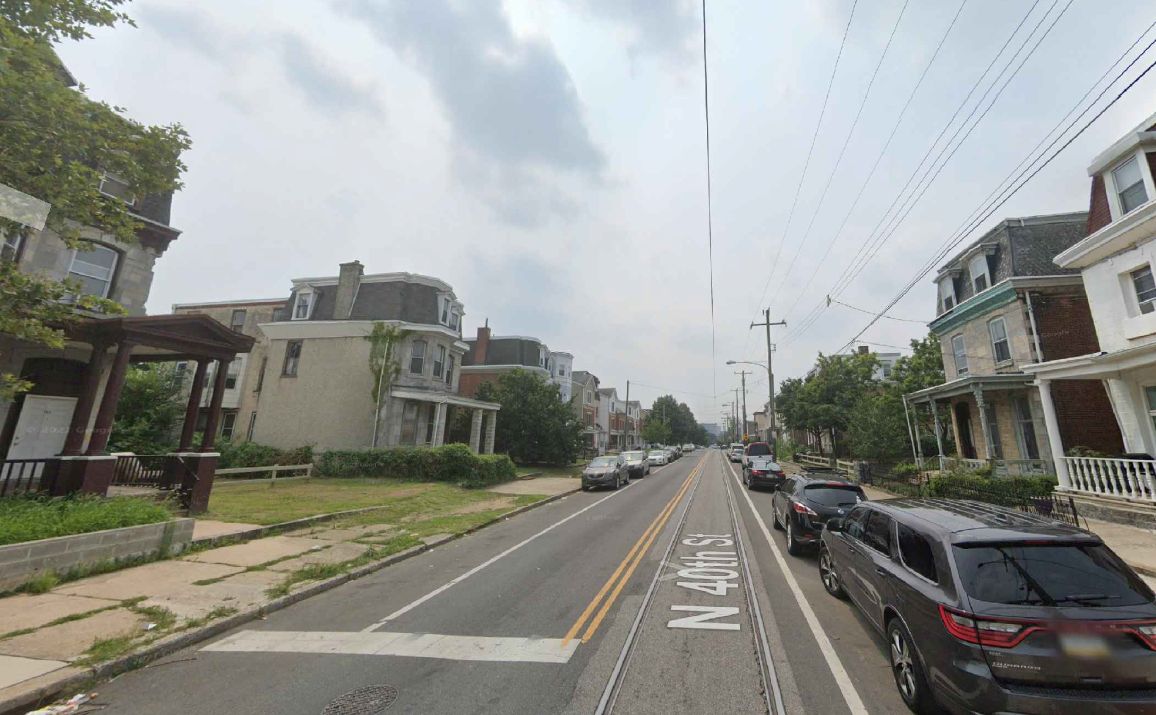 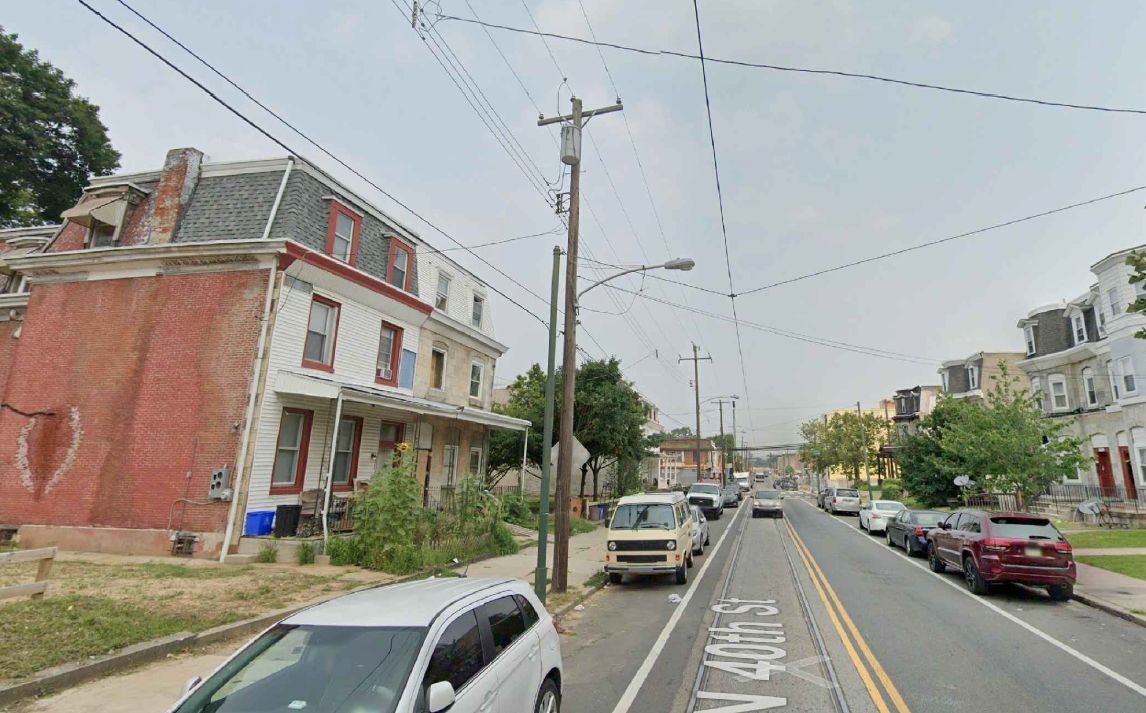 Despite its large area and unit count, the structure will span a lot fit for a standard rowhouse, and will measure only 20 feet wide at the street frontage. This is great news for the neighborhood, which features numerous gorgeous, Victorian-styled prewar rowhouses, and where just about any demolition would deal an unfortunate blow to the venerable urban fabric. Furthermore, the structure’s width will be in keeping with the neighborhood’s long-established vernacular.

Although narrow at the street-facing side, the semi-detached structure will extend a whopping 139-foot length into the block interior, stretching across most of the 156-foot-deep lot and leaving only enough space for a nine-foot-deep rear yard and a five-foot-wide side alley. In all likelihood, this is the most optimal layout for the property, as it maintains the area’s established trend of paired semi-detached houses separated by alleys at every other lot line.

Furthermore, in order to ensure that this relatively large apartment building fits seamlessly into its Victorian rowhouse context, the architects decked out the development with a context-appropriate covered front porch, a steep mansard roof with a dormer at the third floor, and a hipped roof atop the front portion of the structure.

This portion of the structure will rise 36 feet to the main roof and around 38 feet to the top of the roof line, effectively maxing out the allowable height; although we generally encourage denser and taller construction in centrally located areas, the height is appropriate given the surrounding context.

The front elevation will be set back eight feet from the sidewalk, matching the alignment of the adjacent structure. The hipped roof with the mansard treatment will extend 43 feet further into the site. As such, the stair bulkhead, which will bring the structure’s total height to 46 feet, and the conventional roof deck situated beyond will be removed from the sidewalk by over 50 feet, easily far enough to be concealed almost entirely from sidewalk view.

The development will feature generous nine-foot ceiling heights, including at the basement level, which will also house apartments. The basement will sit four feet beneath the sidewalk level; as such, not only will it provide a proper raised base for the first floor, but being elevated more than 50 percent above street level, it will also allow the windows to enjoy ample sunlight.

In turn, the side alley will allow for natural light to reach every level from the basement to the top floor, which will all but certainly eliminate the prospect of dreaded windowless bedrooms, which, despite their prohibition in Pennsylvania, still proliferate throughout a worryingly large number of new multi-family buildings.

So far, 748 North 40th Street promises to be an exemplar addition to the West Philadelphia streetscape, as it manages to pack a significant residential unit count onto a relatively modest site while respecting the established conventions in a neighborhood rife with esteemed architecture. We hope that the development team delivers not only on the project concept, as they have so far, but also on the facade treatment, which will hopefully utilize the proper materials and architectural detail to make it a worthy addition to the neighborhood.