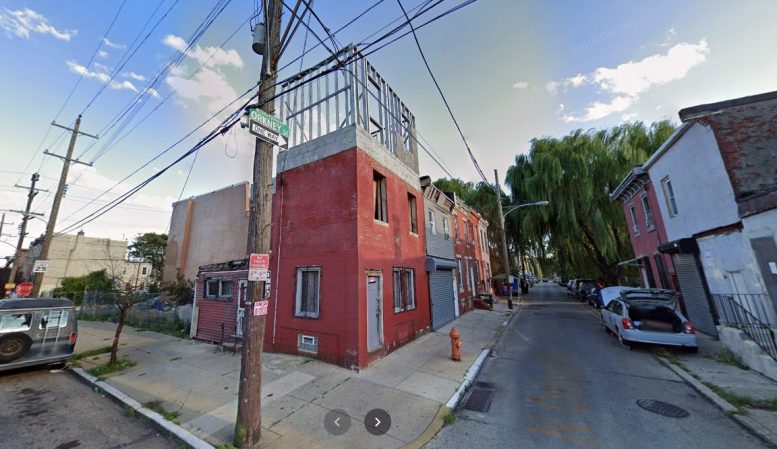 A demolition permit has been filed for a vacant, formerly residential rowhouse at 2463 North Orkney Street in West Kensington. The property consists of a two-story prewar structure with an incomplete third-level addition. Viera Luis is the listed owner.

2463 Orkney Street sits at the southeast corner of Orkney and West Cumberland Streets. The two-story structure was built in the prewar era in classic Philadelphia style, with a red brick façade and a bracketed cornice. What made the design unusual is s smaller-than-average footprint and a mid-block setback facing Cumberland Street, a very rare arrangement for similar corner structures.

The building survived largely intact until the past decade, when some time between 2014 and 2018 the property was vacated, some of the windows were bricked up, and a wooden frame rose atop a new four-course cinderblock addition. The addition has sat in its unfinished state ever since, with partial plywood cladding attached to the wooden frame. The city does not list any permits for such an expansion and the building racked up a number of violations over the period.

As such, it is uncertain whether the builder simply intends to tear down an in-violation structure or to replace it with a new building. The latter option is plausile given the site’s location in the general vicinity of Temple University and a 15-minute walking distance to the York-Dauphin station of the Market-Frankford SEPTA line. 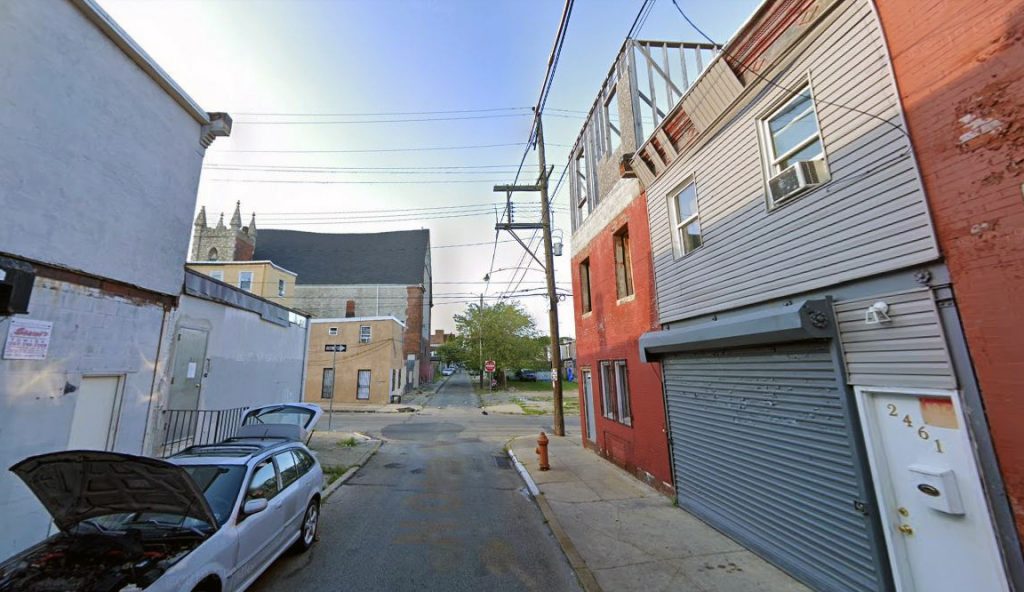