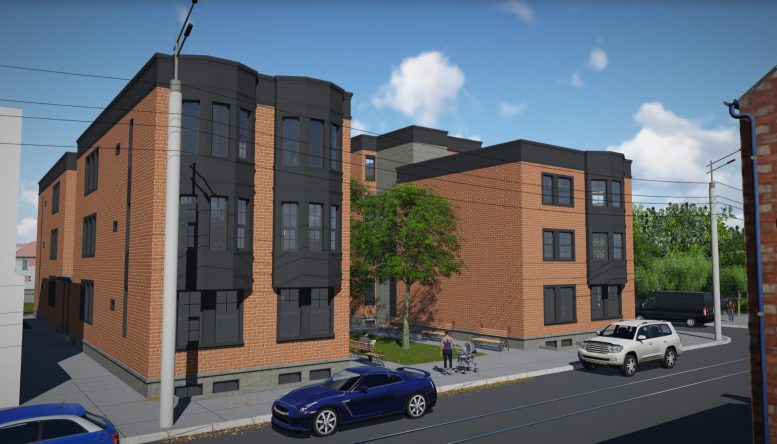 Permits have been filed for the construction of a three-story, 12-unit apartment building at 1616 North 54th Street in Hestonville, West Philadelphia. The structure will span 11,388 square feet and run a construction cost of $500,000. Another building is planned nearby at 1620-22 North 54th Street, which will include 11 low-income senior housing units. The two buildings will hold a total of eight two-bedroom units and 15 one-bedroom units. Omega Home Builders is in charge of construction for both properties. 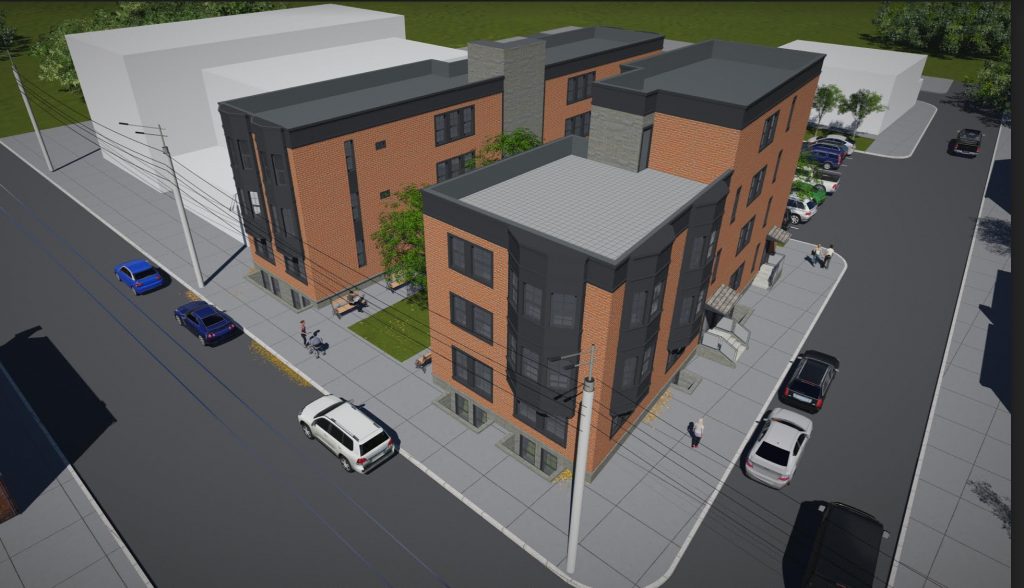 Both buildings will feature similar façade treatments, utilizing red brick with black window trim, projecting bays, and cornice bands. A small courtyard will span the space between the two planned structures, available for use by both residents and the general public. 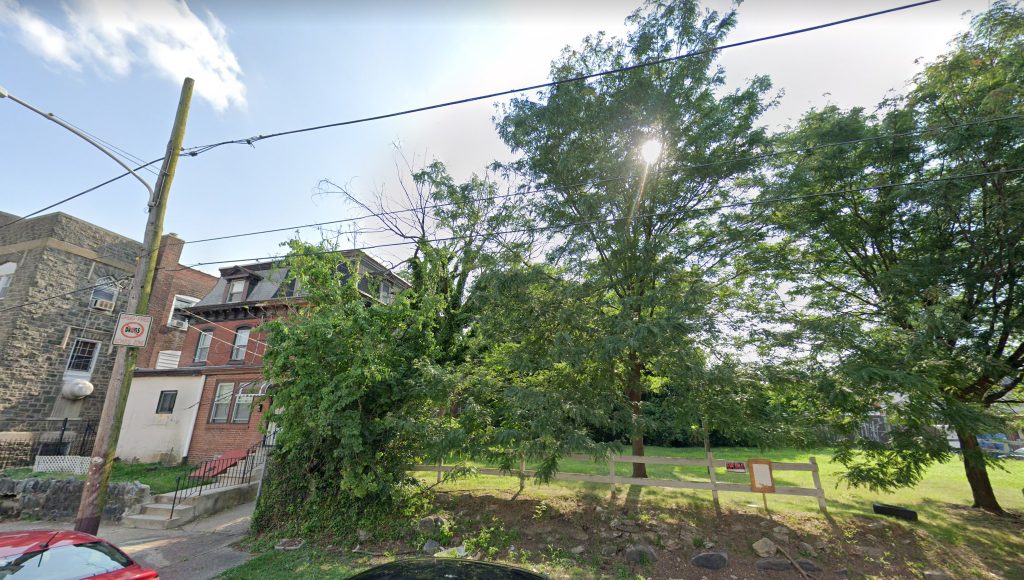 The lot currently sits vacant except for grass and a few mature trees, indicating a significant amount of time has passed since the site was last occupied. Hestonville has seen little investment in the postwar period, and so an announcement such as this is promising for the future of the neighborhood. The route 10 trolley, which runs down Lansdowne Avenue at the south end of the block, offers a direct commute to University City and Center City. In recent years, the development surge in University City has served as a strong catalyst for construction in adjacent neighborhoods, notably those along the route 10 trolley line.