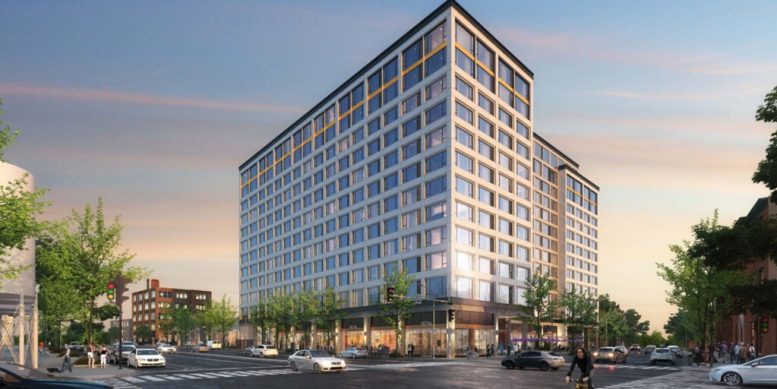 Spring Garden Street has seen a number of proposals in recent months, and among them is 501 Spring Garden Street in Northern Liberties. Designed by Bower Lewis Thrower Architects and developed by Neal and Victor Rodin, the 153-foot, 13-story structure will yield 382 apartments and ground-floor retail space. The proposal, which was unveiled in the beginning of the year, will replace a strip mall and add much-needed density to the neighborhood. 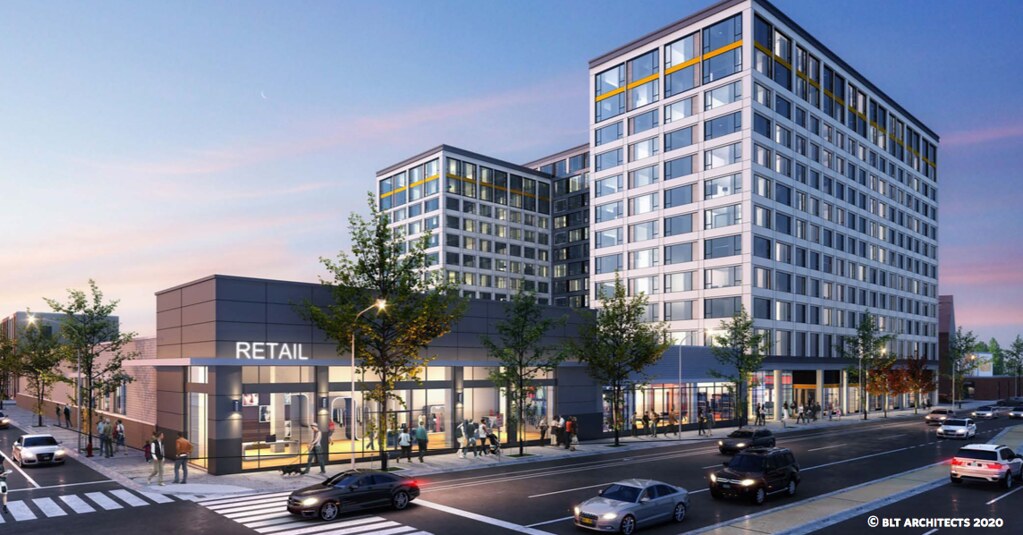 The high-rise portion will stand on the east side of the lot. The tower is a rectilinear, U-shaped structure with a few setbacks featuring terraces. The exterior features large windows, light panel cladding, a dark cornice, and a prominent yellow band near the top. The western portion will consist of a single-story retail podium, similar in scale to the existing strip mall. However, unlike the current suburban-style structure, deeply set back behind a parking lot, the new building will extend to the sidewalk line, restoring the neighborhood’s original, dense urban pattern.

Spring Garden Street, a major east-west thoroughfare in lower North Philadelphia, is poised for a renaissance with projects such as 363-foot-tall Mural West on the drawing boards. Likewise, 501 Spring Garden Street will act as a significant contributor to the resurgence. The tower will add a prominent skyline marker while the retail complex would create a focal point for the surrounding blocks.