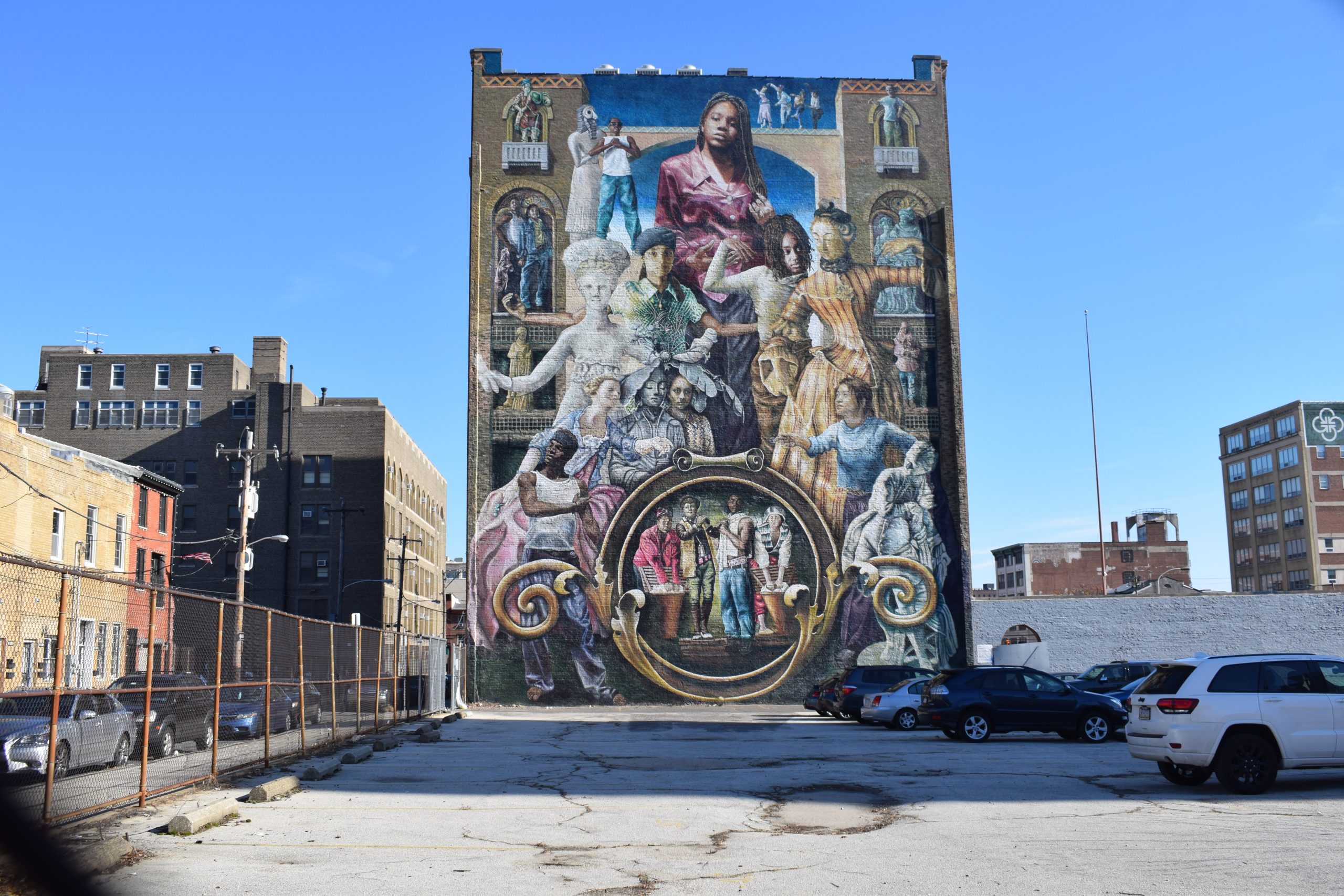 Philadelphia is famous for its astounding collection of outdoor murals, which count in the thousands. Philly YIMBY does intentionally seek them out as subjects of articles (unless, at some point in the future, we hear an announcement of a particularly notable mural planned somewhere in the city). However, given the pervasive presence of outdoor wall art all around the city, especially near sites with vacant lots, it inevitably makes its way into our content in one way or another. Some murals are located near planned development. Of these, some are in danger of being entirely obscured or torn down. Others are planned to be painted on freshly proposed buildings. In either case, when the opportunity arises, we try to track these murals. Over the past, we have made 29 such tags, earning the category the 29th place (the numbering is coincidental) on Philly YIMBY’s First Anniversary Countdown. Today we look at a few standout examples. 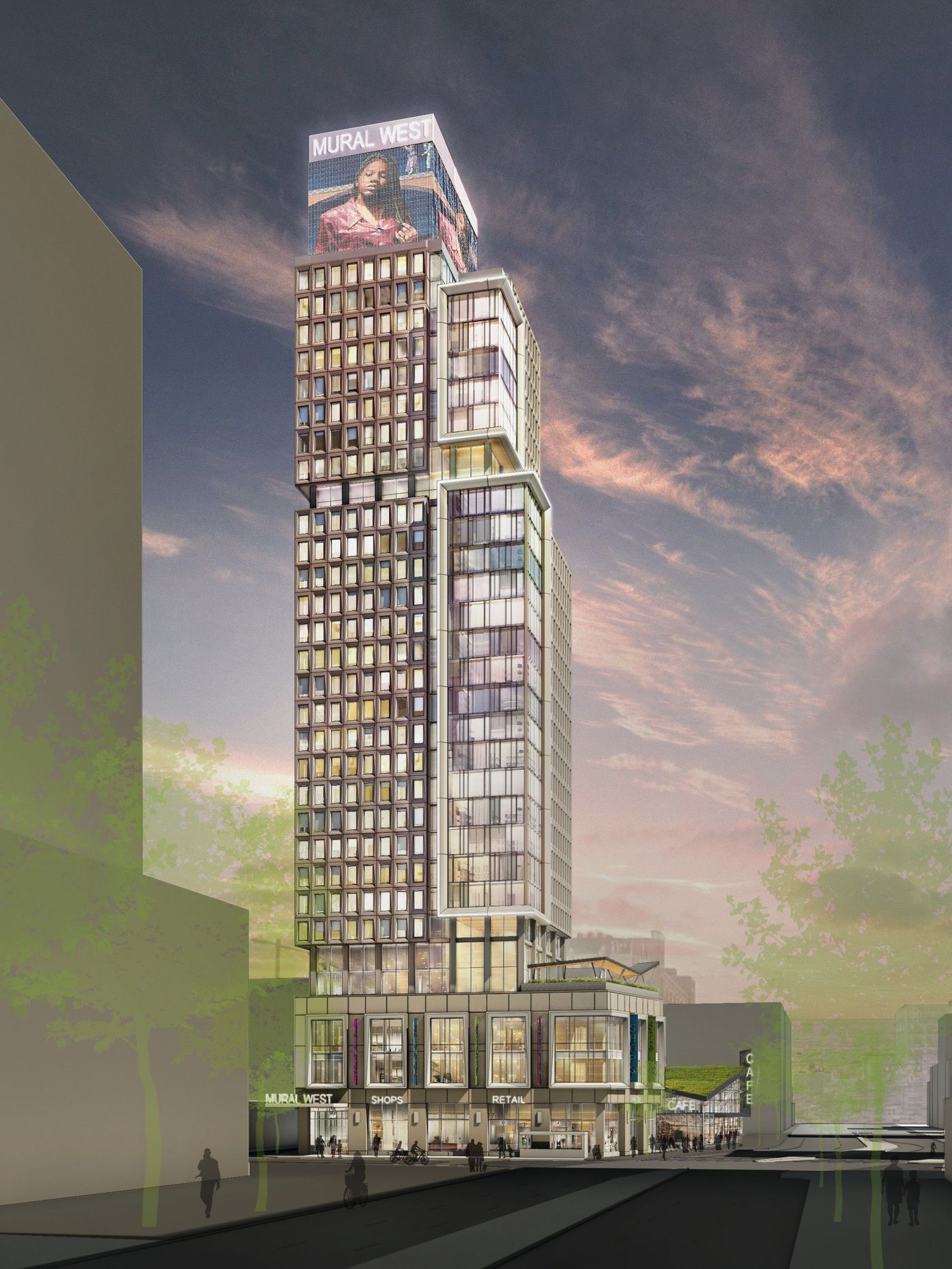 At number 14 on Philly YIMBY’s December 2020 Development Countdown is Mural West, a 363-foot-tall mixed-use building proposed at 523 North Broad Street in Poplar, North Philadelphia. Designed by Atkin Olshin Schade Architects and developed by Precision Realty Group, the project will yield 10,287 square feet of retail space, 47,587 square feet of commercial/medical space, 68,000-plus square feet of office space, a roof deck with potential restaurant space, and a public plaza. The tower will bring a dramatic skyline change to lower North Broad Street, where a number of developments are underway. Philly YIMBY’s recent site visit revealed no signs of construction yet, with the parking lot at the site still active. 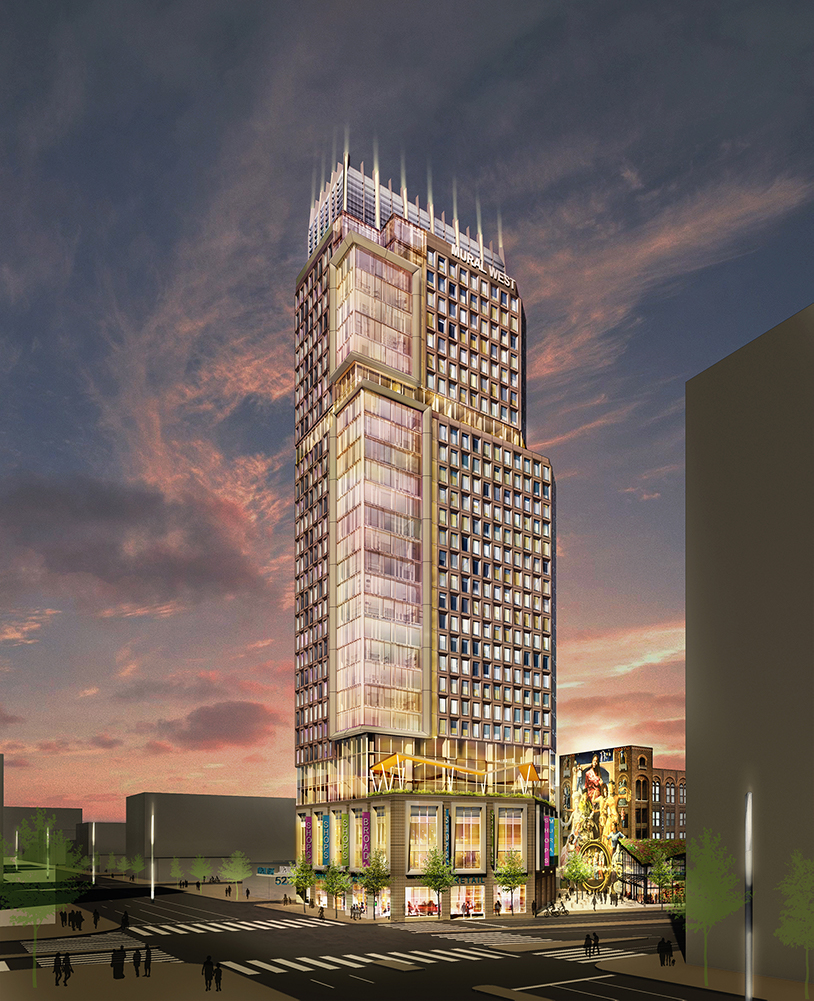 Looking at last night's sunset from SUMMIT One Van