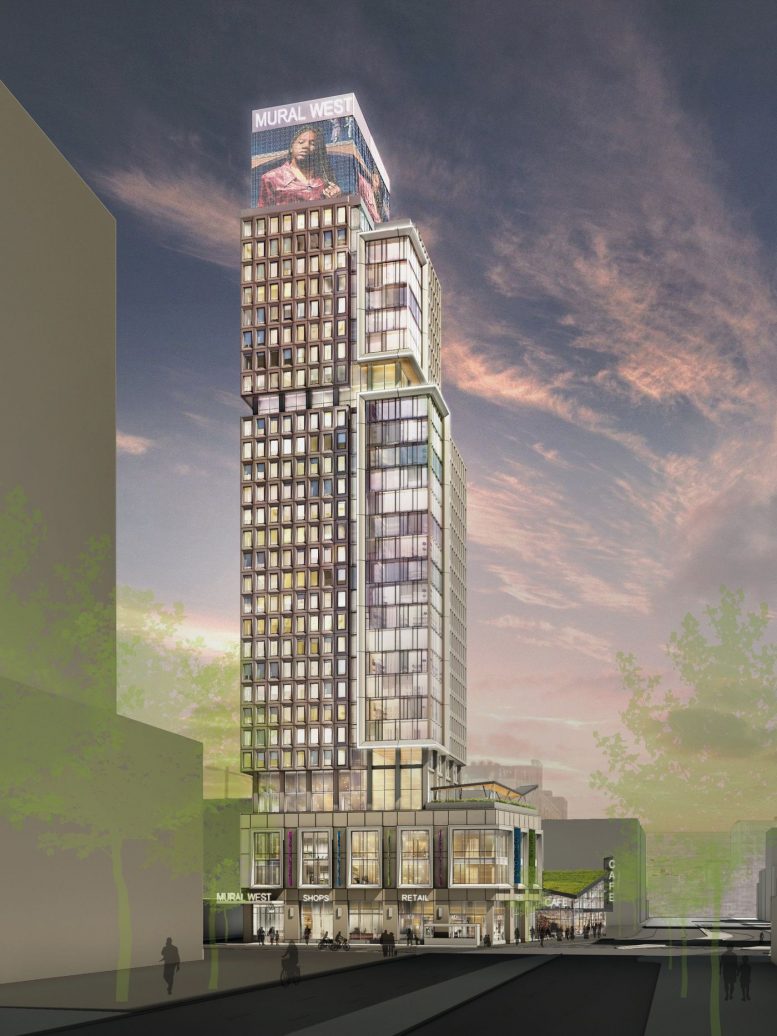 At number 14 on Philly YIMBY’s December 2020 Development Countdown is Mural West, a 363-foot-tall mixed-use building proposed at 523 North Broad Street in Poplar, North Philadelphia. Designed by Atkin Olshin Schade Architects and developed by Precision Realty Group, the project will yield 10,287 square feet of retail space, 47,587 square feet of commercial/medical space, 68,000-plus square feet of office space, a roof deck with potential restaurant space, and a public plaza. The tower will bring a dramatic skyline change to lower North Broad Street, where a number of developments are underway. Philly YIMBY’s recent site visit revealed no signs of construction yet, with the parking lot at the site still active.

The proposal has seen many revisions through the years, and a document recently posted on the building’s website revealed new details, such as the change of developer from the former Eric Blumfeld. A new sign at the site confirms that the new developer is Precision Realty Group. The building is currently set to retain its height measurement, though its floor and unit count have been reduced from 30 and 290, respectively, to the vague parameters of 20-plus and plus or minus 205. 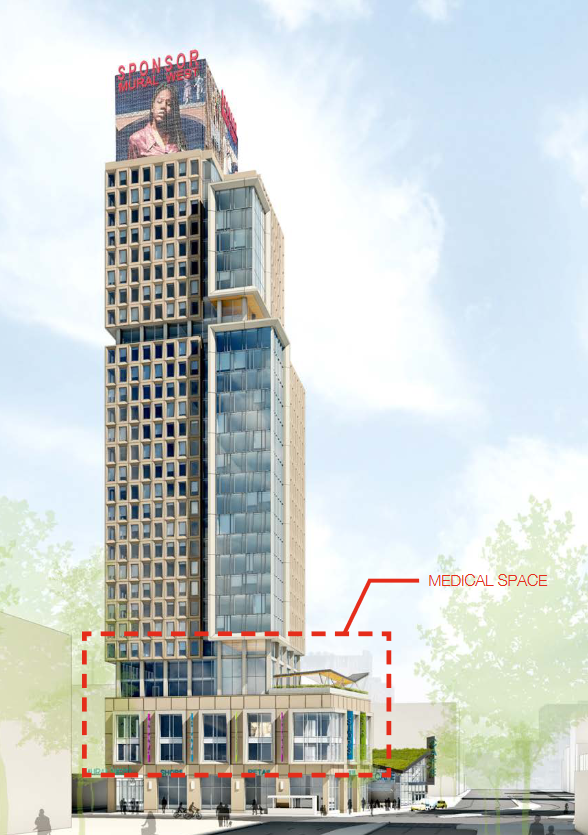 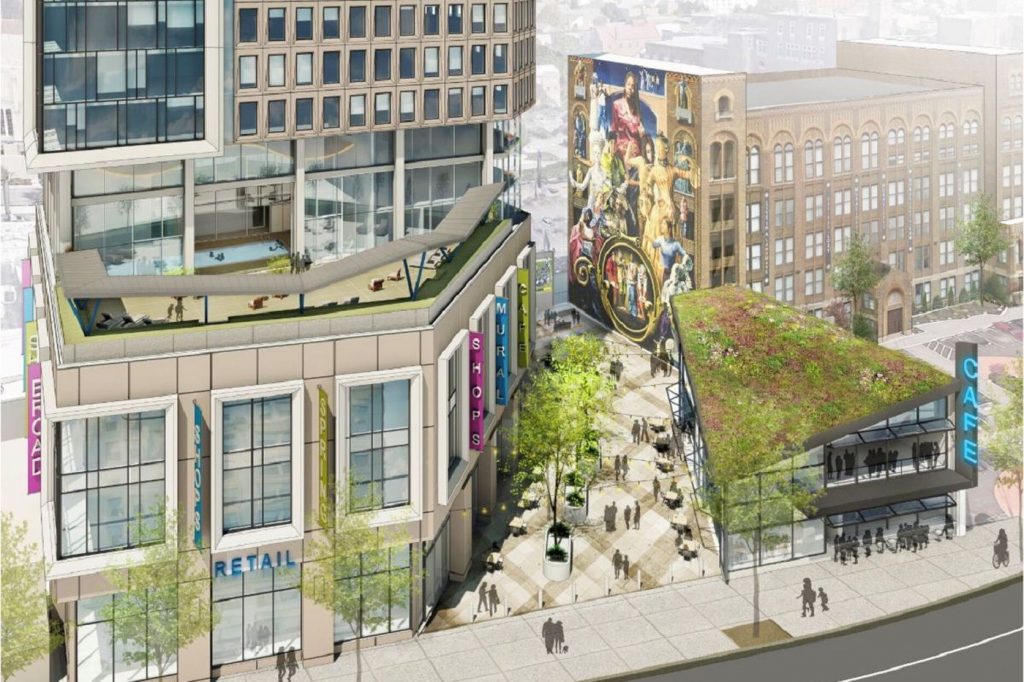 In late 2018 renderings surfaced for a shorter 18-story tower on the same lot, featuring an uninspired gray façade with a somewhat interesting building shape. In April 2019, new renderings were revealed that more closely approximate the current iteration, with a height set at 30 stories. Though construction was set to begin shortly after the final unveiling in July, no work has commenced and no announcements have been made. 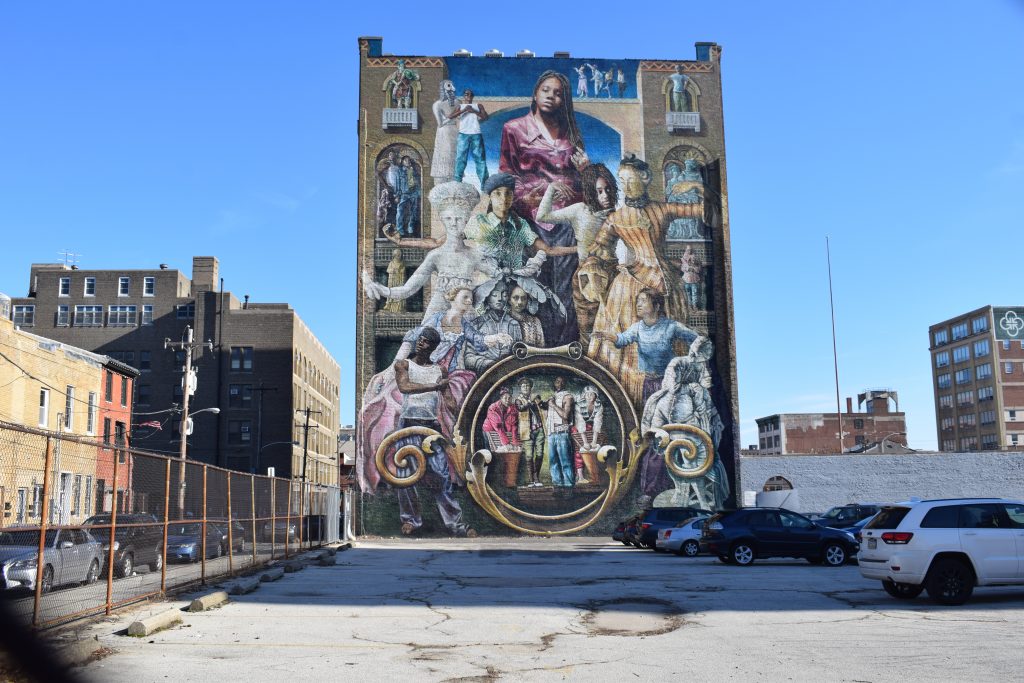 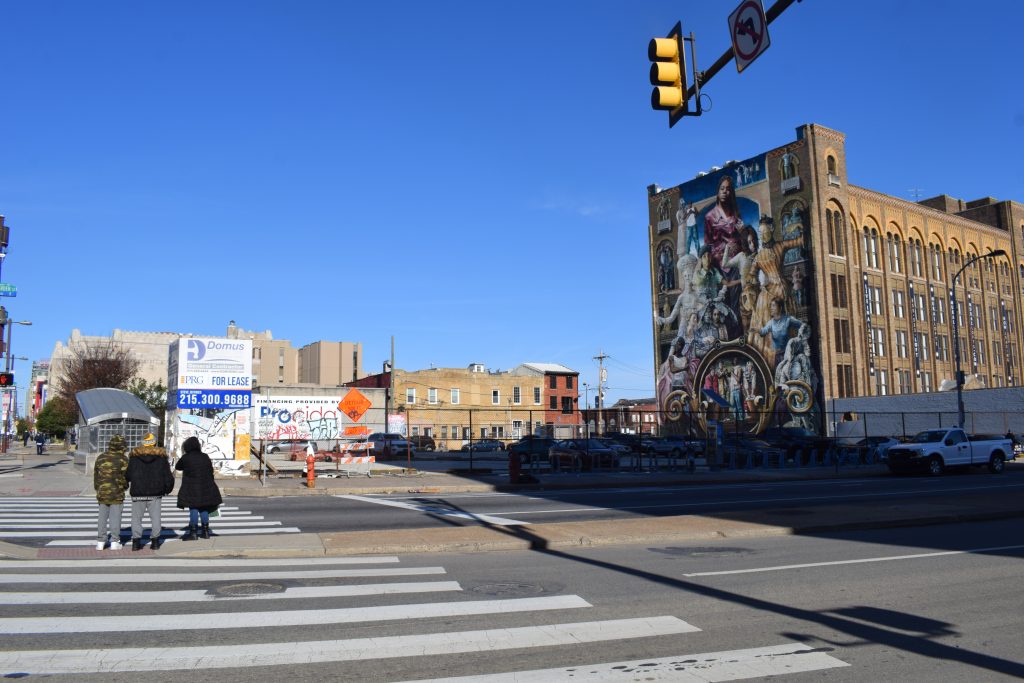 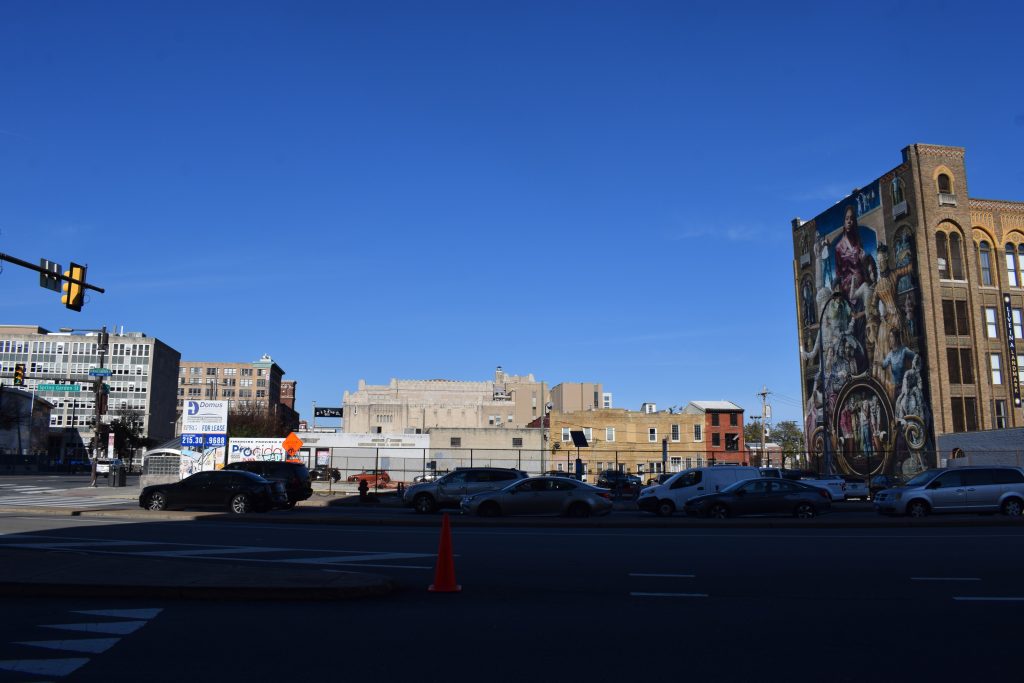 With the latest updates, it looks like plans could soon move forward. The latest PDF release at the website lists a start date of fall 2020.