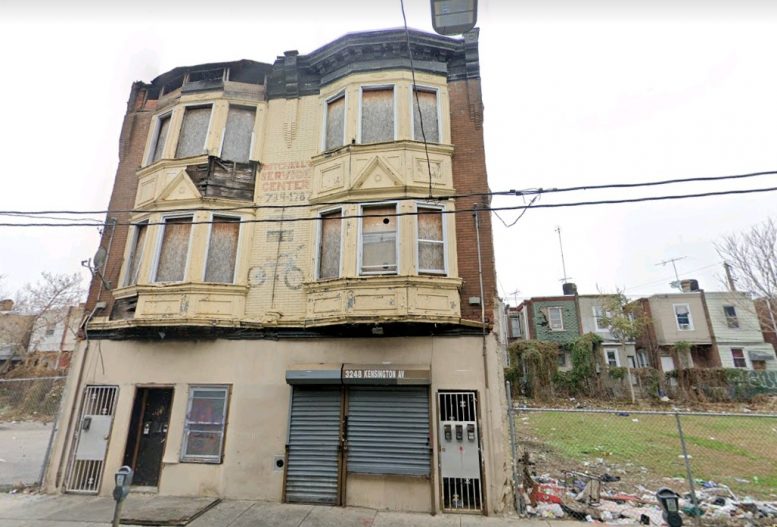 Permits have been filed for the demolition of two adjacent three-story buildings at 3246 and 3248 Kensington Avenue in Harrowgate, Kensington. Both structures once housed retail at the ground floor, with a hair salon as the latest tenant at number 3248, and were vacated some time in the early 2010s. KCT Properties is the listed owner.

The two structures are located on the north side of Kensington Avenue, facing the elevated Market-Frankford SEPTA line. The pair stands isolated, situated between two large, fenced-in vacant lots. Both share a similar design, with ornate bay windows at the upper levels.

Be the first to comment on "Demolition Permits Filed for 3246 and 3248 Kensington Avenue in Harrowgate, Kensington"

Conversion in Progress at the Harbisons Dairy at 2041-2055 Coral Street in Fishtown, Kensington