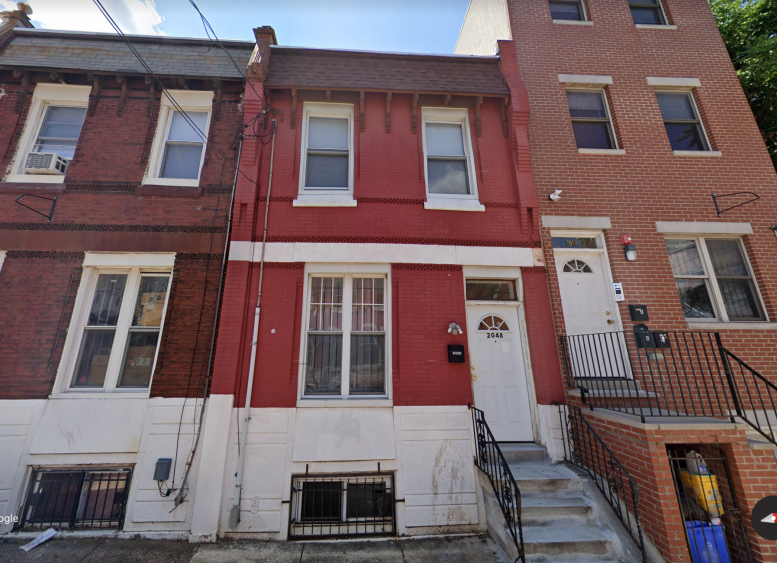 Permits have been filed for the demolition of a two-story rowhouse at 2048 North Carlisle Street in the Temple University area of North Philadelphia. The filing indicates that the structure currently sits vacant. N Carlisle Street LLC is the listed owner.

In August, one of the earliest articles ever published at Philadelphia YIMBY covered the demolition permits filed for another structure two doors down at 2044 North Carlisle Street. Both buildings are part of a single architectural ensemble that lines the western side of the block. Both rowhouses feature a subdued yet refined design with ornate window trim, bands of ornamental floral blocks, pointed-arch drip-end brackets supporting sloping mansard parapets, and projecting corbelled brick at lot walls, topped with sloped ribbed pilasters, and crowned with globes at the corners.

Demolition of aged structures, especially ones as well-crafted and well-preserved as 2048 North Carlisle Street, is unfortunate news for Philadelphia’s rich yet ever-diminishing prewar building stock. However, added density is beneficial for the city, especially for highly coveted areas such as this.

Over the past two decades, Temple University, which sits a block to the east, has been driving a real estate boom that continues to spread across North Central Philadelphia. Nine years ago, every structure on the block dated to the prewar period; since that time, several have received vertical extensions or have been replaced altogether, generally with buildings taller than their predecessors.

The location is as convenient for Center City-bound commuters as it is for university students, as the Susquehanna-Dauphin station of the Broad Street SEPTA line, located two blocks to the north, offers a 10-minute commute to the business district.