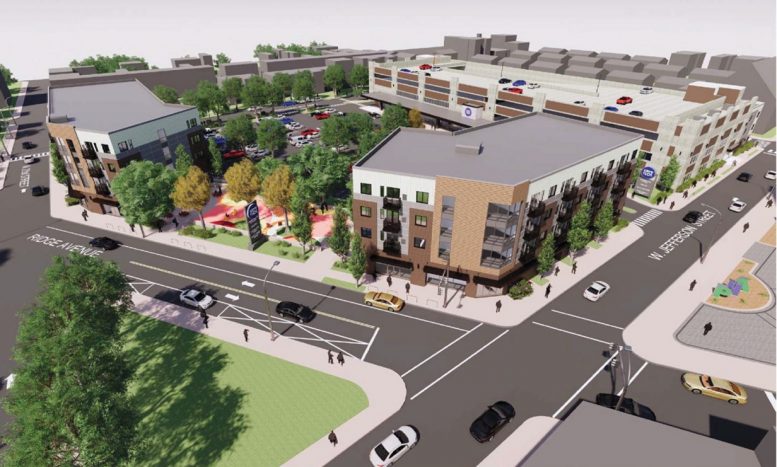 A groundbreaking was held on October 14 for Sharswood Ridge, a 234,000-square-foot mixed-use development at 2077 Ridge Avenue in Sharswood, North Philadelphia. Developed by Mosaic Development, SHIFT Capital, and the Philadelphia Housing Authority, the project aims to revive one of the city’s most distressed neighborhoods with new opportunities for housing, shopping, and employment.

The $52 million complex will consist of several buildings rising up to four stories, with over 45,000 square feet of retail and 98 mixed-income rental apartments, 46 percent of which will be reserved as below-market-rate housing. 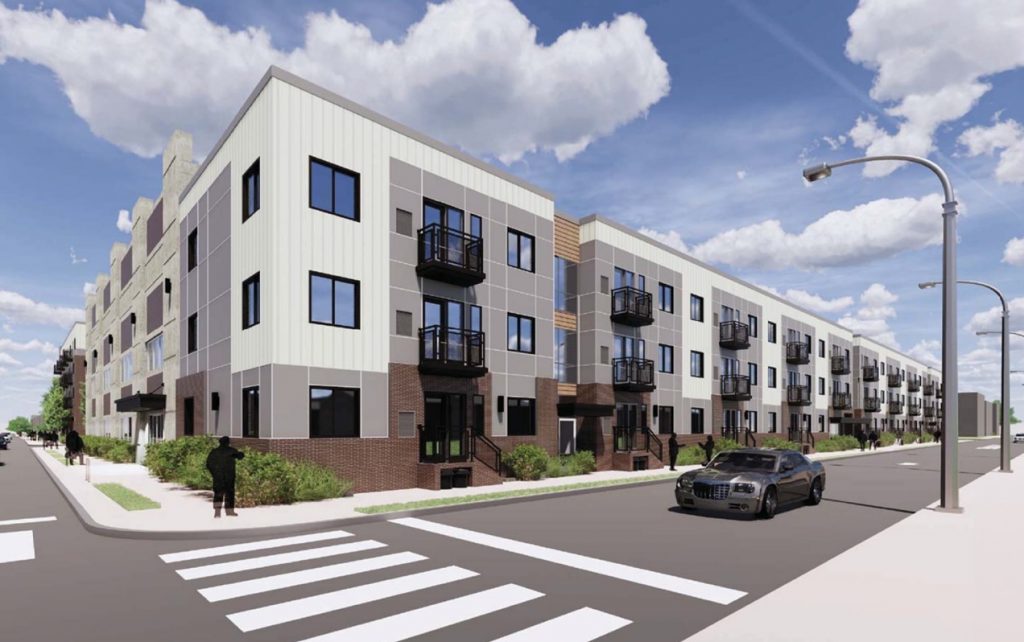 Sharswood Ridge sits near the boundary of two North Central Philadelphia neighborhoods, Sharswood and Cecil B. Moore. Both have experienced extensive depopulation, disinvestment, and impoverishment in the postwar period. In recent years, Cecil B. Moore has rebounded significantly with a surge in construction and renovations, in large part driven by the outward-expanding student body at Temple University, located to the northeast.

As the YIMBY a href=”https://phillyyimby.com/category/Sharswood”>neighborhood page shows, Sharswood is seeing an uptick in recent demolition and construction filings. However, the neighborhood, further removed from mass transit and development catalysts such as the university, has not fared as well as Cecil B. Moore to the east. According to the press release, Sharswood is currently experiencing 80 percent unemployment and a 52.5 percent poverty rate, with more than 1,300 vacant parcels, a vacant public school building, an under-performing commercial corridor, and lacking social services.

The project is part of the Sharswood/Blumberg Redevelopment Initiative, a Philadelphia Housing Authority plan that aims to improve the quality of life in the community. The retail component will include Grocery Outlet, a discount supermarket chain, Everest Urgent Care, Santander Bank, and a Wingstop restaurant. Development backers expect to generate over 200 construction and over 200 more permanent jobs, 70 percent of which are expected to be made available to local residents.

Sharswood Ridge appears to have the backing of local elected officials. Mayor Jim Kenney is quoted as describing the development as a “linchpin in the rebirth of the Sharswood neighborhood.” Darrell L. Clarke, the Council President of District 5, which includes the development site, stated that the project “checks so many boxes for our residents” and that he “cannot wait to get shovels in the ground.”

Construction is anticipated to start later this month. Considering the scale of the project, a completion some time around 2022 is likely.