Developer Atrium Design Group plans to construct a residential building at 230 Vine Street in Old City. The 54,000-square-foot structure will yield 16 units and along with 16 parking spaces and will feature an accessible roof. The building will replace the Painted Bride Arts Center, which has caused a controversy since the current building’s exterior is covered with a unique mosaic by artist Isaiah Zagar.

The Painted Bride Arts Center acquired its name in 1982 when the group purchased the property and the mosaic was assembled. In 2017, the Center put the building up for sale. The prospect of demolition led to an outcry from local preservation groups, but in 2018 the Historical Commission voted that the building would not given a historical designation, clearing the path for demolition. The structure sat shrouded in black netting since late 2018 or early 2019. The site was sold in May 2019. 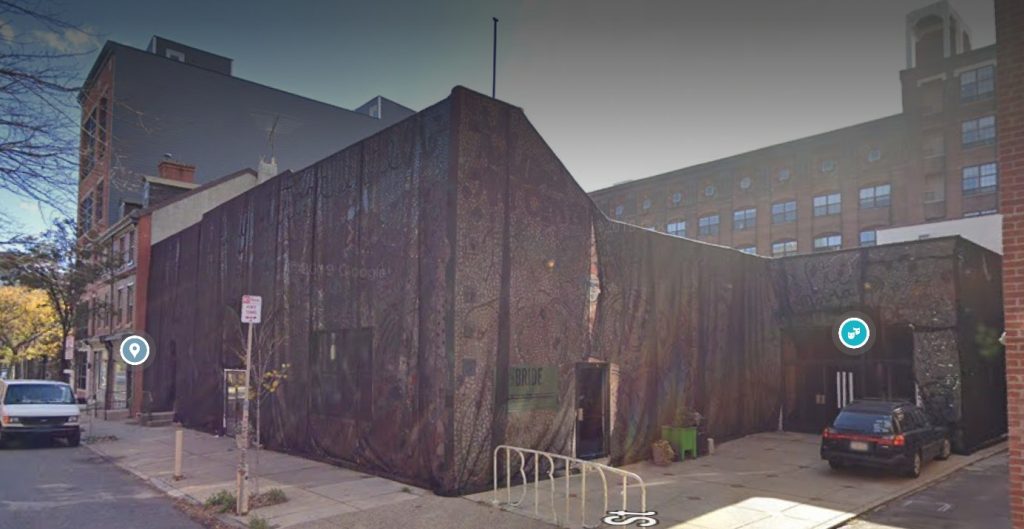 The project site is located in the northern portion of Old City, in an area surrounded by highways and approach ramps to the Benjamin Franklin Bridge. The property sits five blocks north of the historic Betsy Ross House. Several blocks to the southwest sits the United States Mint built in 1969.

No estimated completion date has yet been announced.