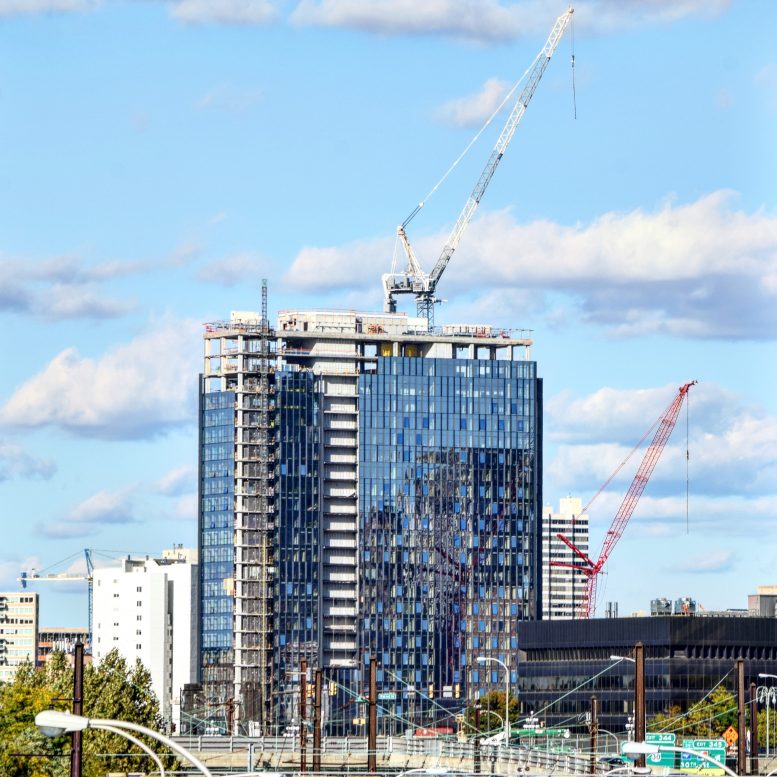 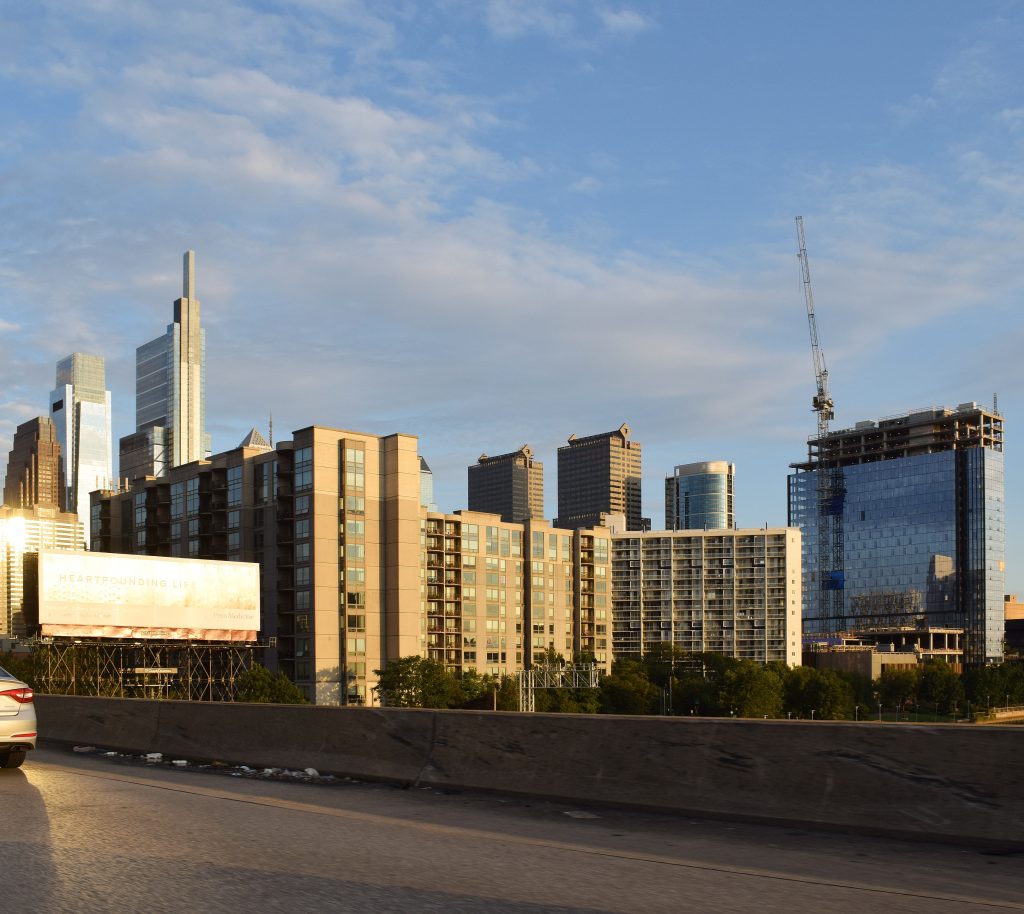 Since YIMBY visited the site two months ago, a great deal of progress has been made on the two towers. While the glass has been rising on the north tower at a slow but steady pace, the taller south tower’s core and the floor plates have been ascending with a red crawler crane next to the superstructure. It is possible that the metal and glass façade of the north tower will be completed by the end of the year as the cladding is now reaching the roof. The concrete structure of the south tower could top out by the summer of 2021. 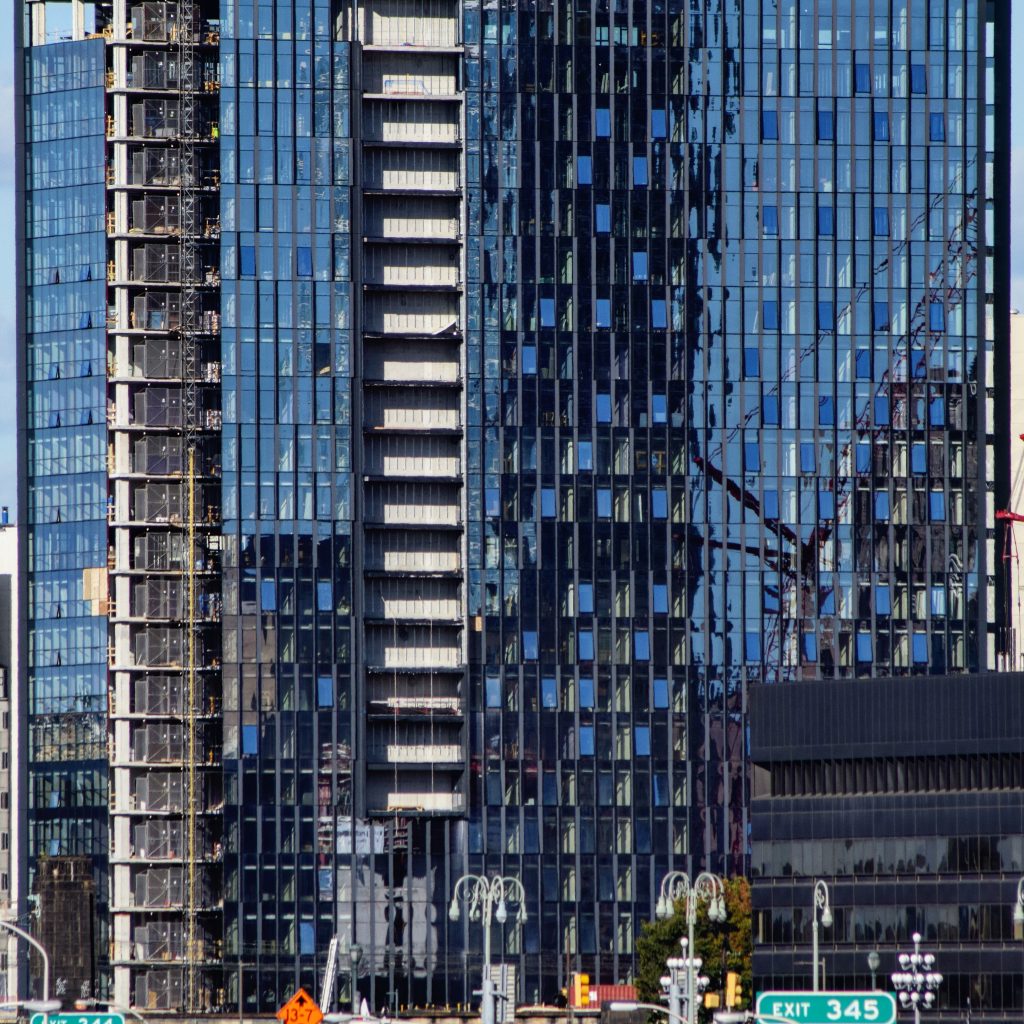 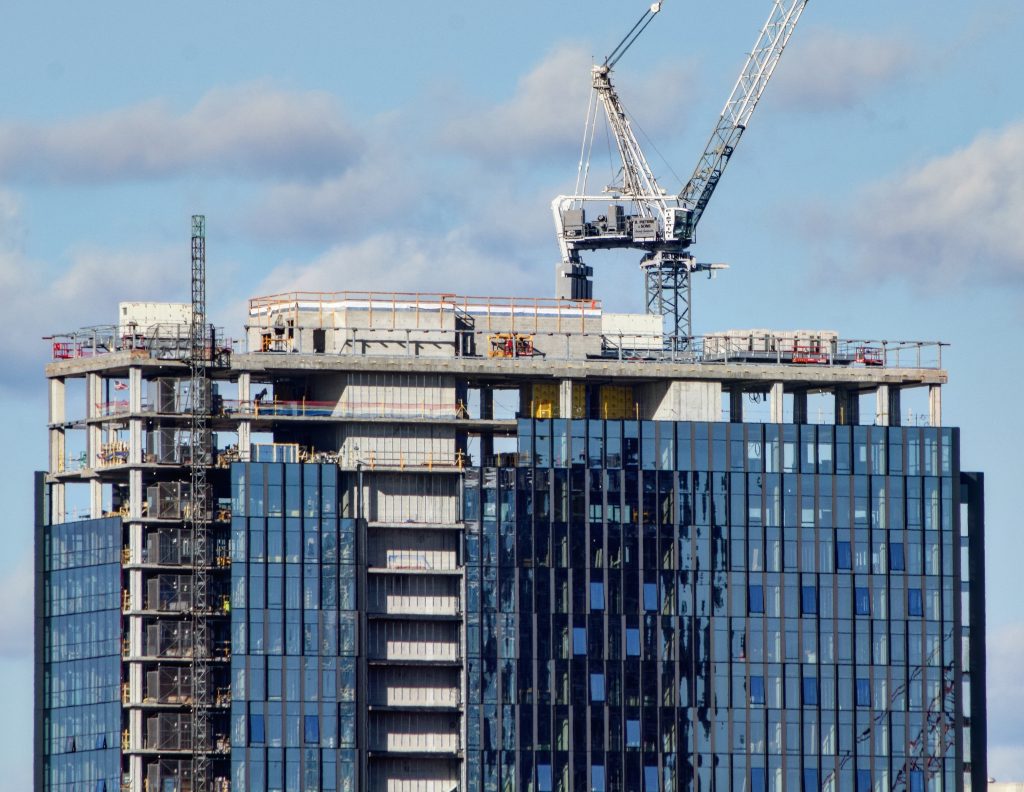 The two new buildings will significantly impact the area both in terms of offerings and its affect on the skyline. The base of the tower will house a Giant supermarket, and will be surrounded by new development such as two residential buildings proposed at 2301 John F. Kennedy Boulevard and 33 North 22nd Street, along with two office towers at 2222 Market Street and the not-yet-revealed 2120 Market Street. 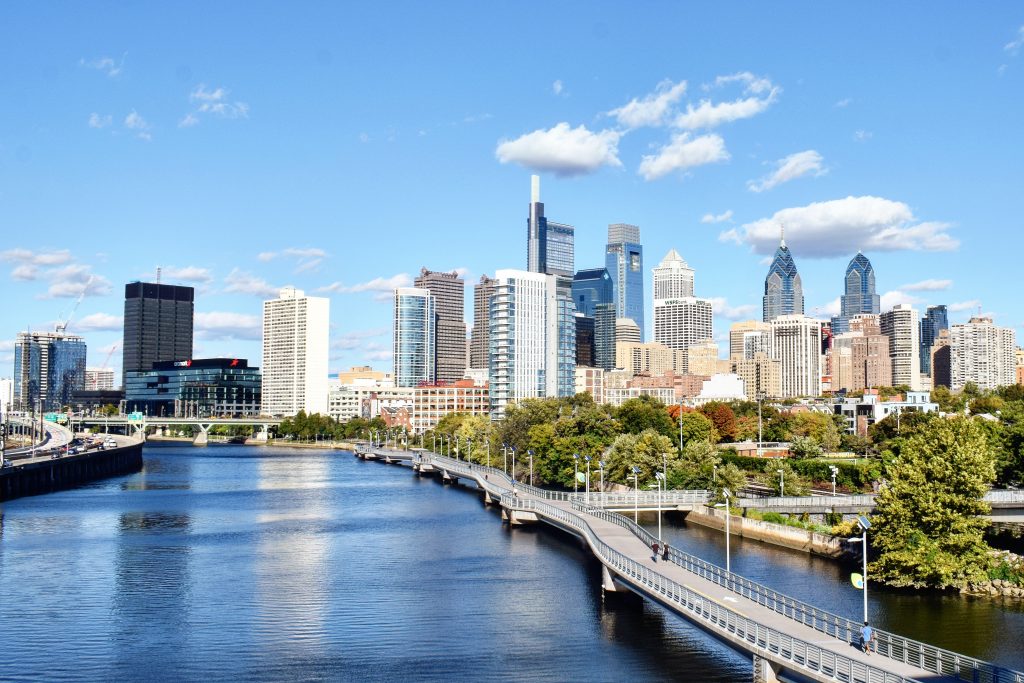 The north tower is scheduled to be completed next year. The south tower will be finished by the end of 2022.

Looking close at the grid of large square glass pa

At 311 South Broad Street in the Avenue of the Art

Ground-level landscaping and other exterior work i

Exterior work is still wrapping up on Madison Hous