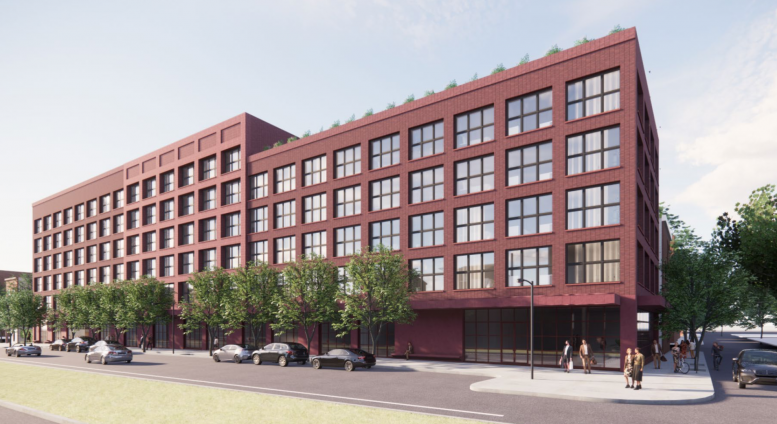 Permits have been issued for the construction of 1525 North American Street, a six-story, 110-unit residential project proposed in Olde Kensington, North Philadelphia. Developed by Six Acre Capital in collaboration with design architect Leong Leong and architect of record Harman Deutsch Architecture, the building will feature retail at the ground floor, as well as parking for 23 vehicles and 51 bicycles. The property is located on the east side of the block between Jefferson Street and West Oxford Street. 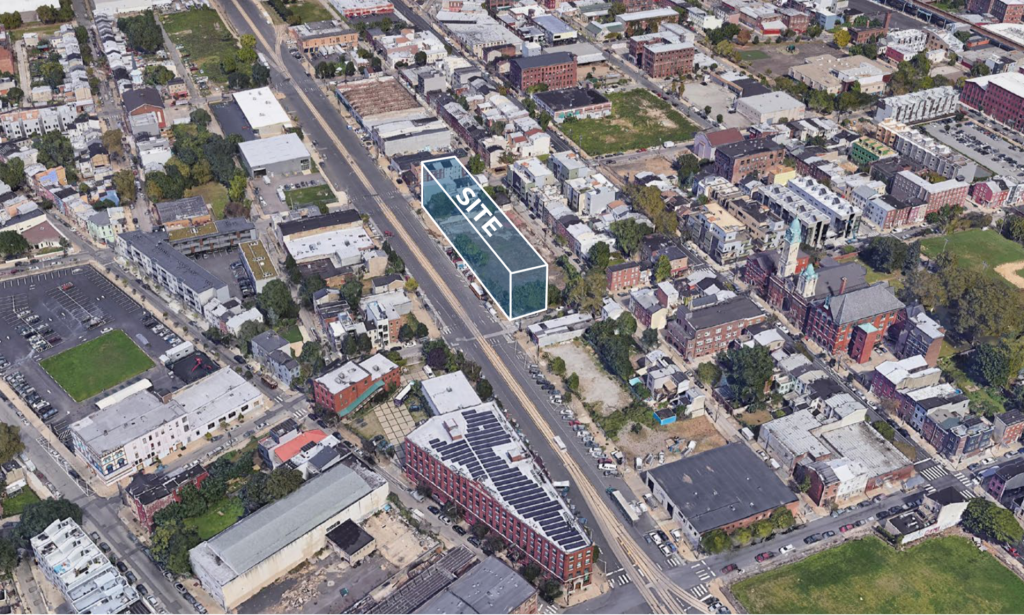 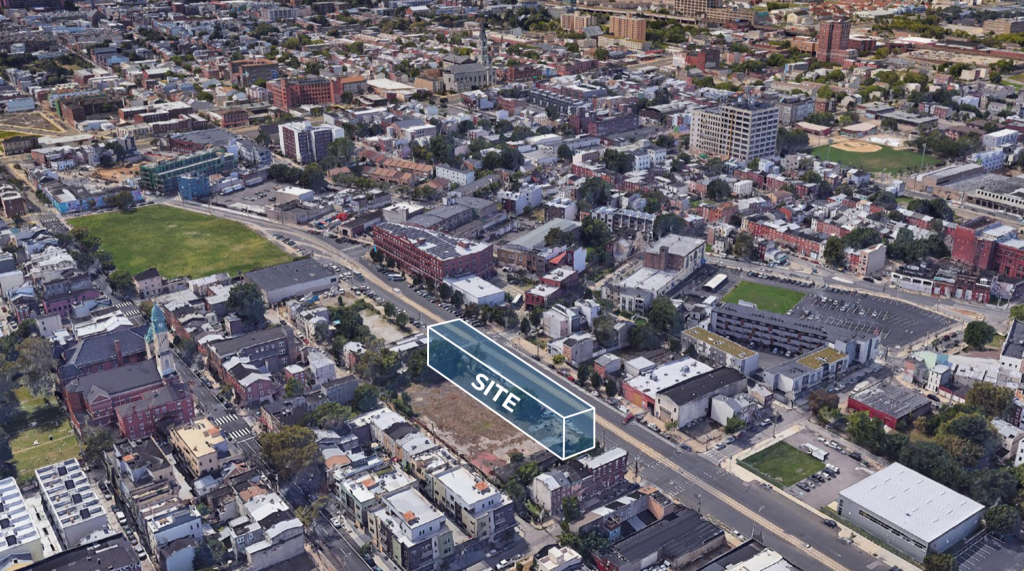 The building design features an industrial theme that is fitting to the wide avenue, which was historically a major warehouse and factory corridor, with freight rail tracks running down the median. Brick will also be the primary material for the exterior. Large loft-style windows will allow natural light to pour into units, and the addition of 11 street trees will positively contribute to the sidewalk experience. 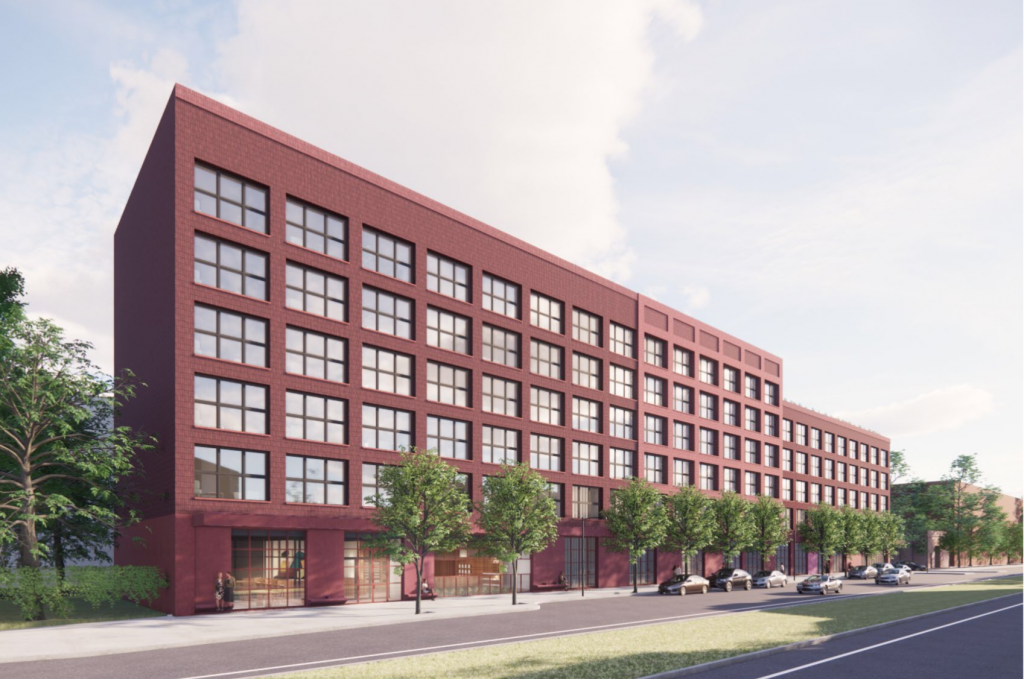 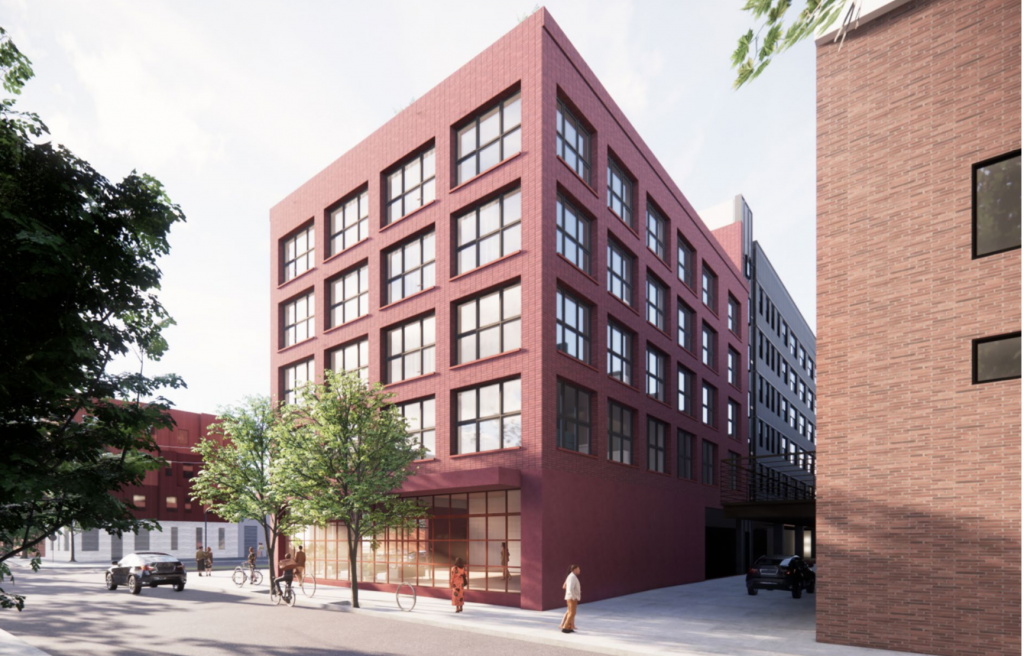 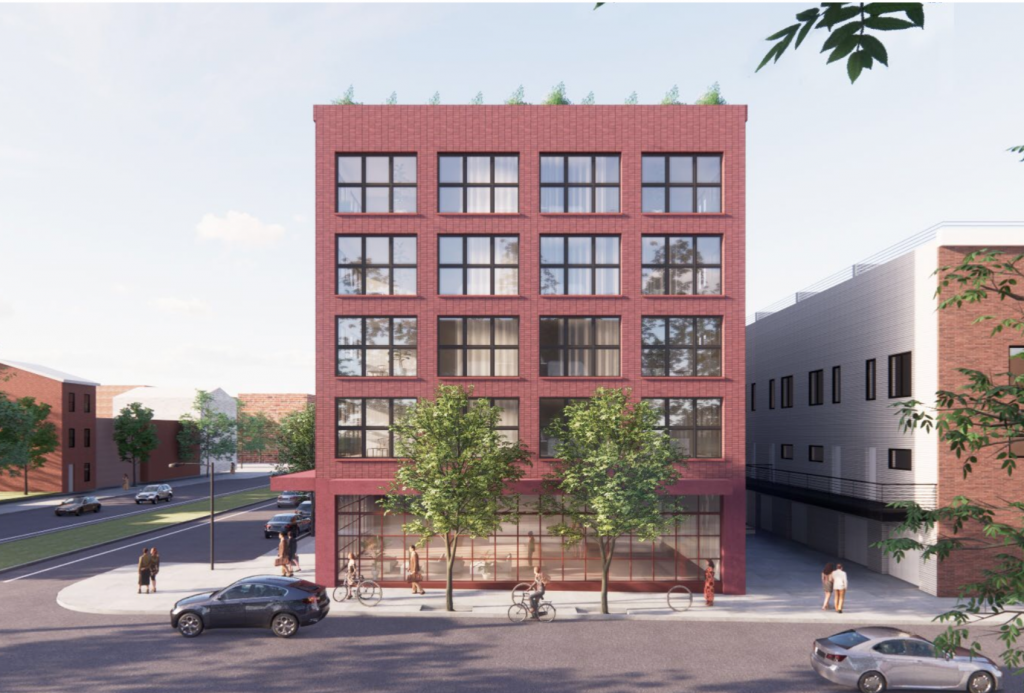 These are not the first plans for the property. Not long ago, a project dubbed “Techadelphia” was planned at the site. Though the proposal’s appearence was somewhat similar to the current design, it offered considerably fewer residential units. Allegedly, its residential units were aimed at helping attract tech startups. 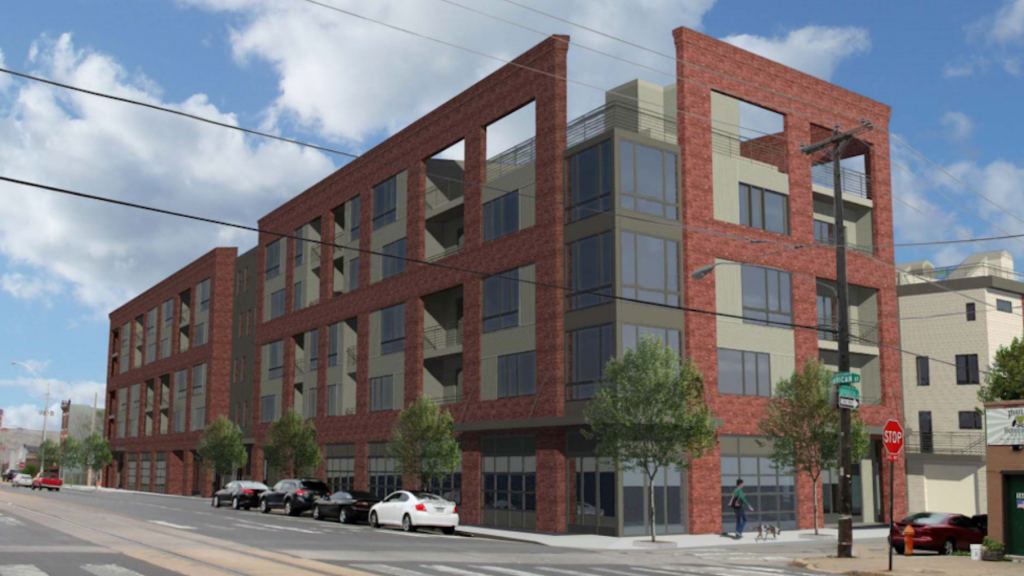 Rendering of Techadelphia via OCF Realty.

Since the project has now received a permit, it is quite possible that construction will start soon. This is one of many developments proposed along North American Street, on a scale and volume comparable with the nearby Delaware Avenue. Philly YIMBY looks forward to providing further coverage to the planned projects that will bring thousands to the area.

Project completion is scheduled for 2022.

Be the first to comment on "110-Unit Development Proposed at 1525 North American Street in Olde Kensington, North Philadelphia"