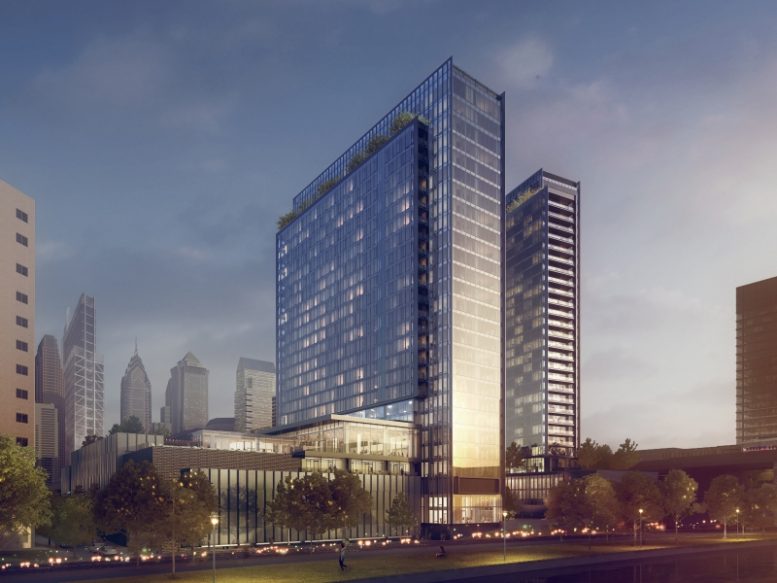 Work is progressing on the two-tower Riverwalk complex at 60 North 23rd Street on the east bank of the Schuylkill River in Center City West. Designed by Gensler and developed by PMC Properties, the development will bring 711 residential units to the rapidly growing neighborhood.

Recent photos show the degree of progress at the site since our last update in early August, when the 315-foot-tall, 28-story north tower had just finished topping out. The building is now nearly fully clad in its glass curtain wall, while the core of the taller, 363-foot-tall, 32-story south tower is steadily rising. The core of the latter currently stands around ten stories tall, with its floor plates at around six stories. The two towers will be connected to by a bridge between their retail bases. 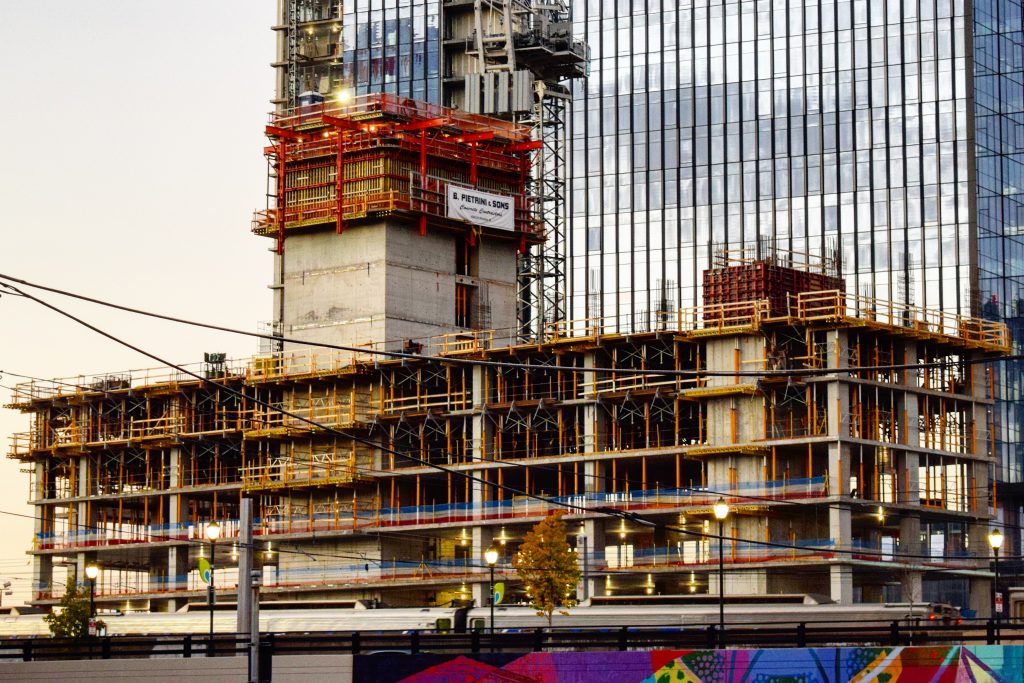 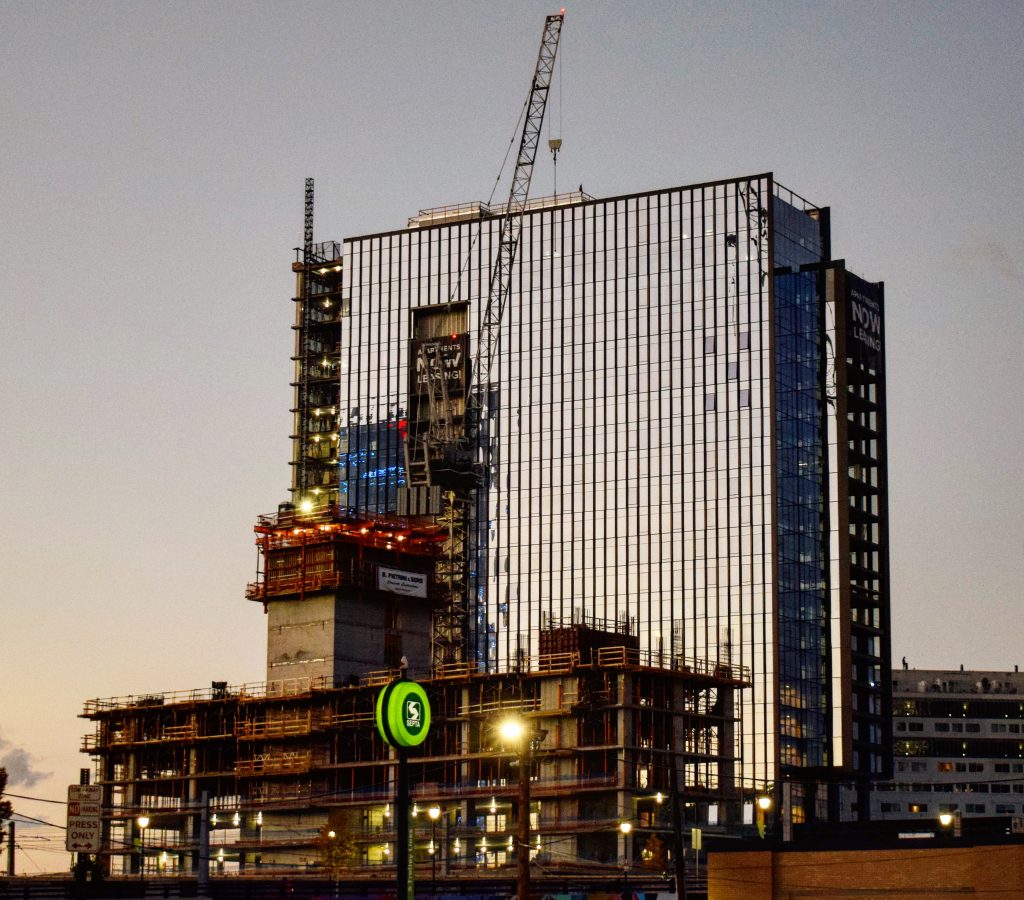 The building has already risen past the retail base and the residential floors are underway. The structure can now be seen from many of the bridges that span the Schuylkill River, partially blocking views of the north tower when viewed from the south of the site. The crane that was formerly attached to the north tower has been moved to the north side of the south tower.

The development sits two blocks to the north of the PECO Building at 2301 Market Street, which has long defined the Center City West skyline. The complex, which replaces a parking lot, will soon be joined by other buildings planned in the vicinity, such as 2301 John F. Kennedy Boulevard across the railroad viaduct to the south, 33 North 22nd Street, 2222 Market Street, and more. 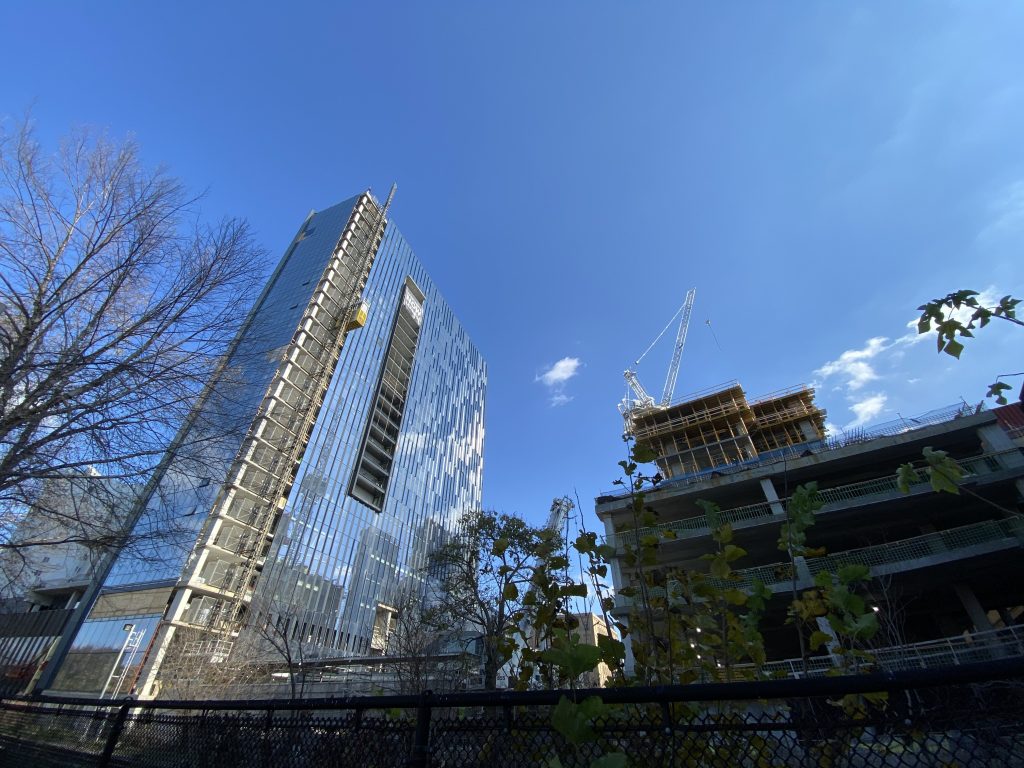 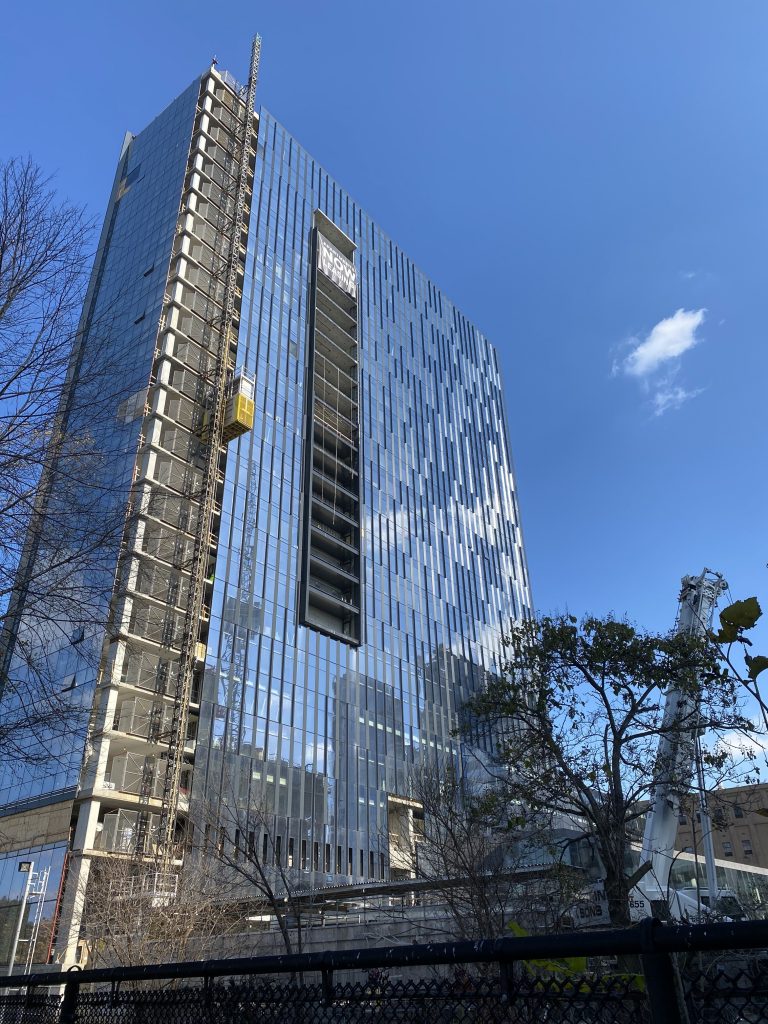 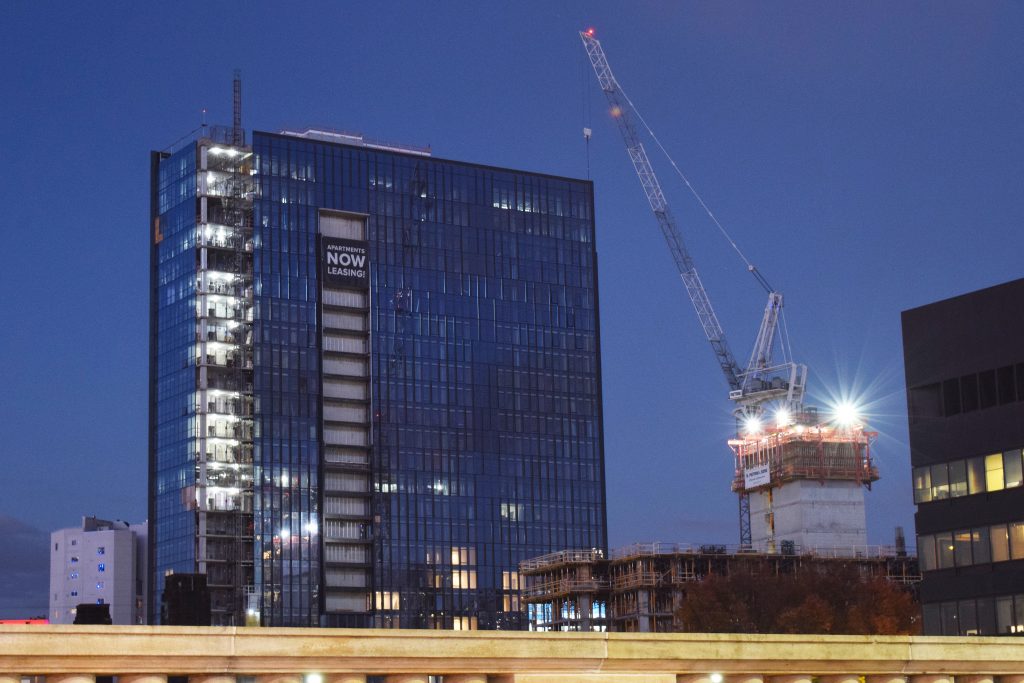 Be the first to comment on "Construction Progresses on Two-Tower Riverwalk Complex at 60 North 23rd Street, in Center City West"