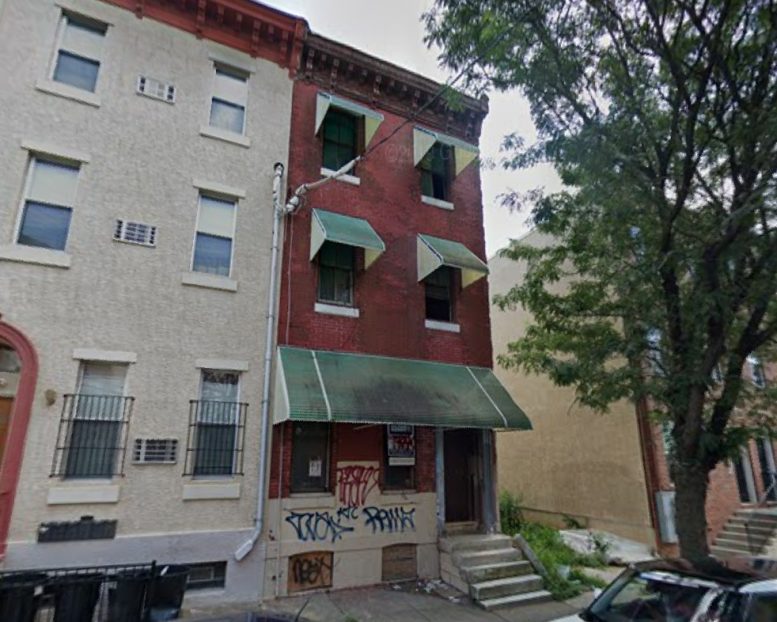 Permits have been filed for the demolition of a vacant three-story prewar rowhouse at 1929 North 7th Street in North Philadelphia East. The former single-family dwelling sits on the eastern side of the block between West Berks Street and West Norris Street. Shui Zheng Ji is the listed owner.

The building is clad with red-painted brick, with a decorated cornice painted dark red. The building also features deep, green-colored canopies above each window. Graffiti is painted across the street-facing façade.

The 3 and 47 buses stop at the south end of the block at the corner of West Berks Street and North 7th Street. The SEPTA Fox Chase line serves the Temple University Station five short blocks west of the property, and Temple University is situated two short blocks further to the west. The U School sits half a block to the north.