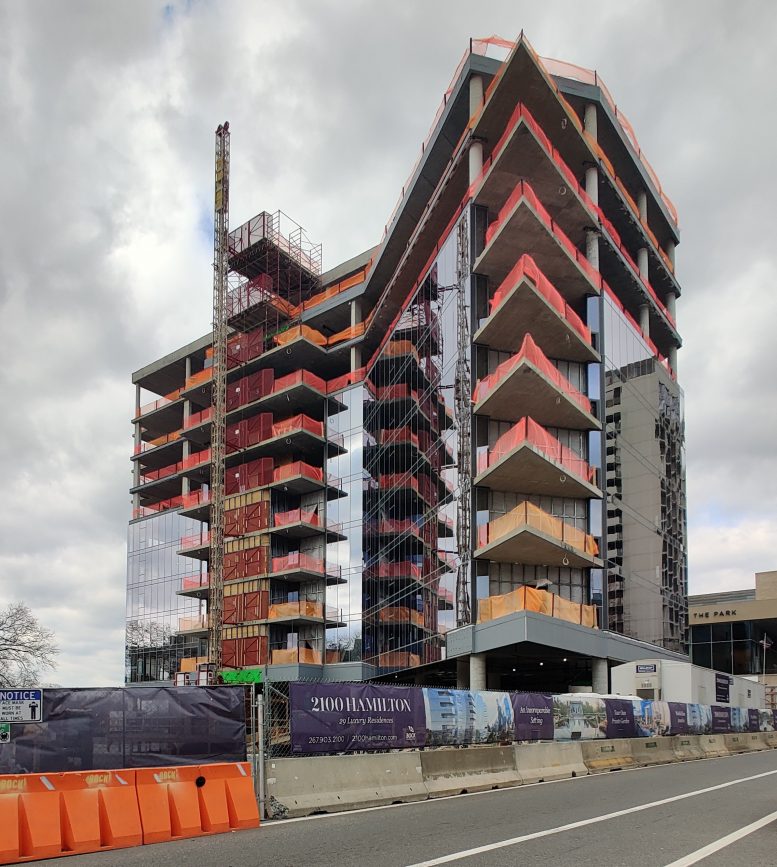 Philly YIMBY’s recent site visit at 2100 Hamilton Street, located in the Franklintown section of Spring Garden, North Philadelphia, has revealed that the 115-foot, ten-story-tall residential tower’s cladding has climbed more than halfway up along the concrete structure. The project was designed by Cecil Baker, which is also behind two condo developments that have risen within the past four years, and developed by Bock Development Group. The development, located just to the north of Center City and three blocks to the southeast of the Philadelphia Museum of Art, rises from a masonry-walled pit where a freight train line once ran and was taken out in the 1970s, with a tunnel remaining under several other blocks. 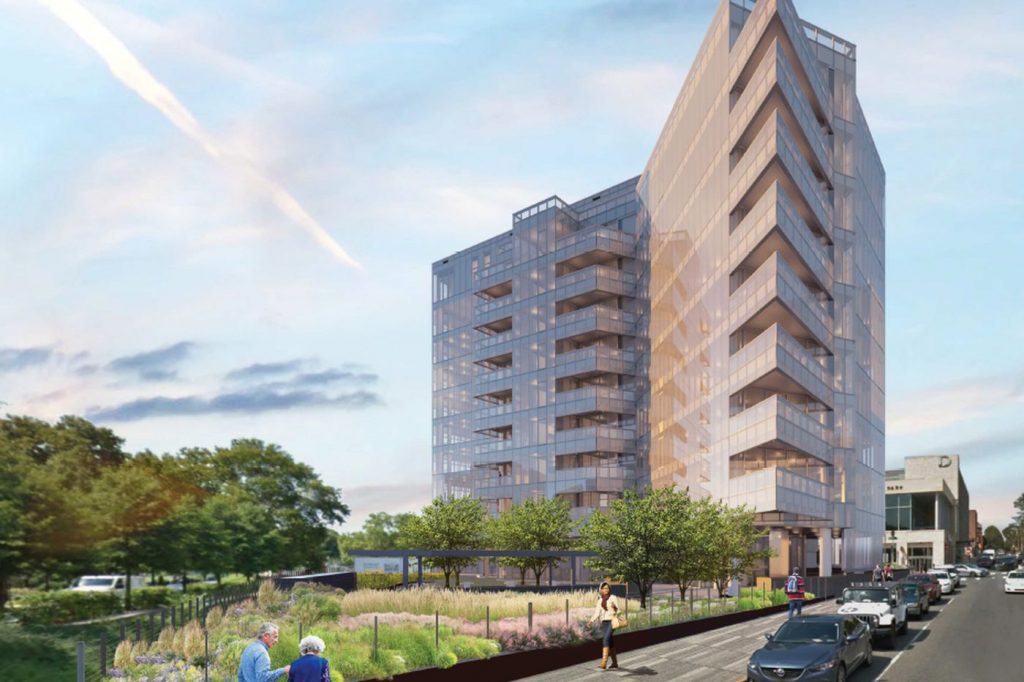 2100 Hamilton from The Philadelphia Inquirer

The building was first unveiled in 2018 with 33 residential units. Plans for the final design were unveiled the following year, with updated information and renderings.

The structure was above ground just before the summer of 2020. The latest YIMBY update saw the building at seven stories tall. The structure topped out near the end of the year in October. The tower crane has been detached from the building for some time, while the construction elevator remains attached to the south face of the building.

True to the renderings, the building features mirror-like reflective glass. 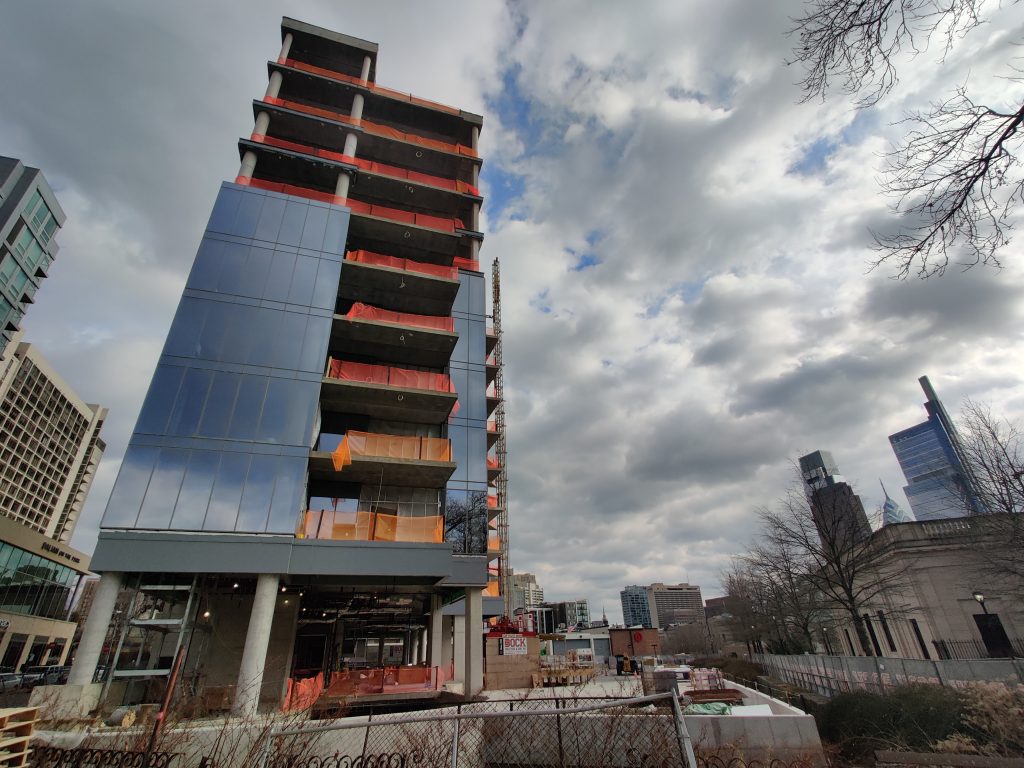 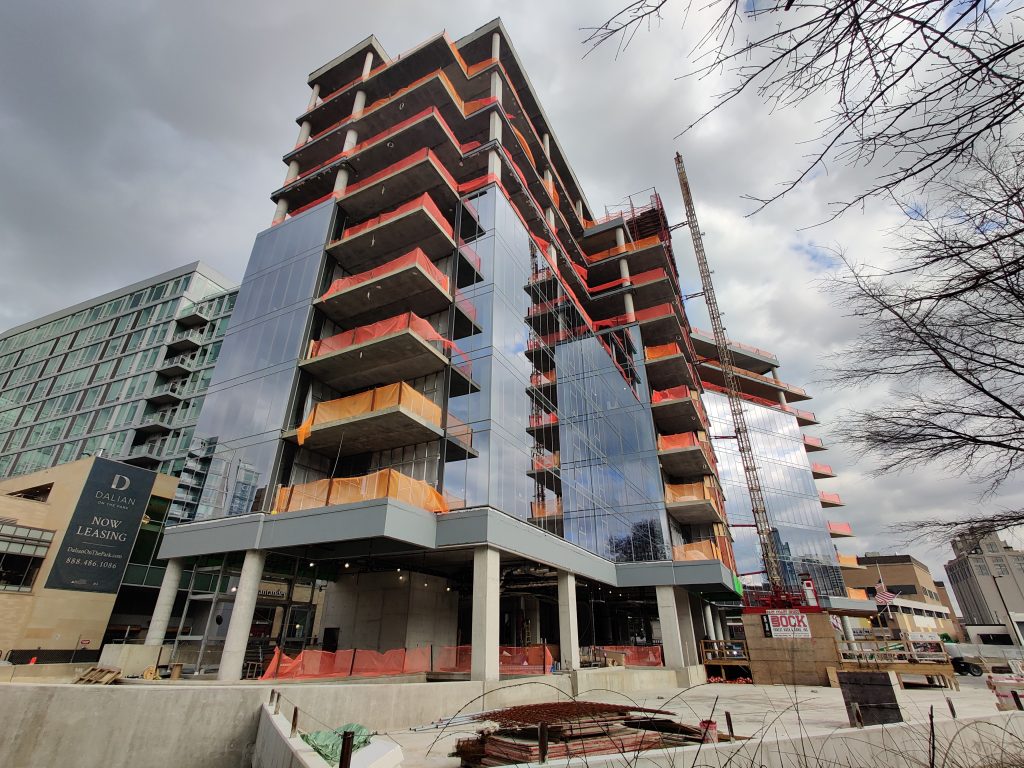 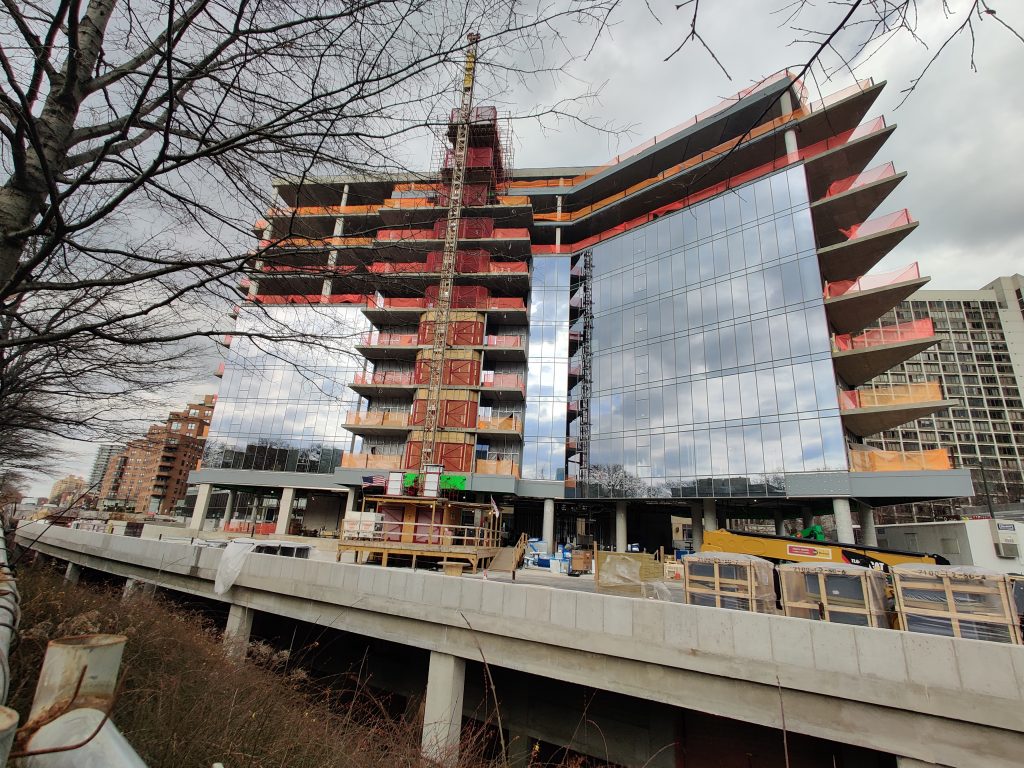 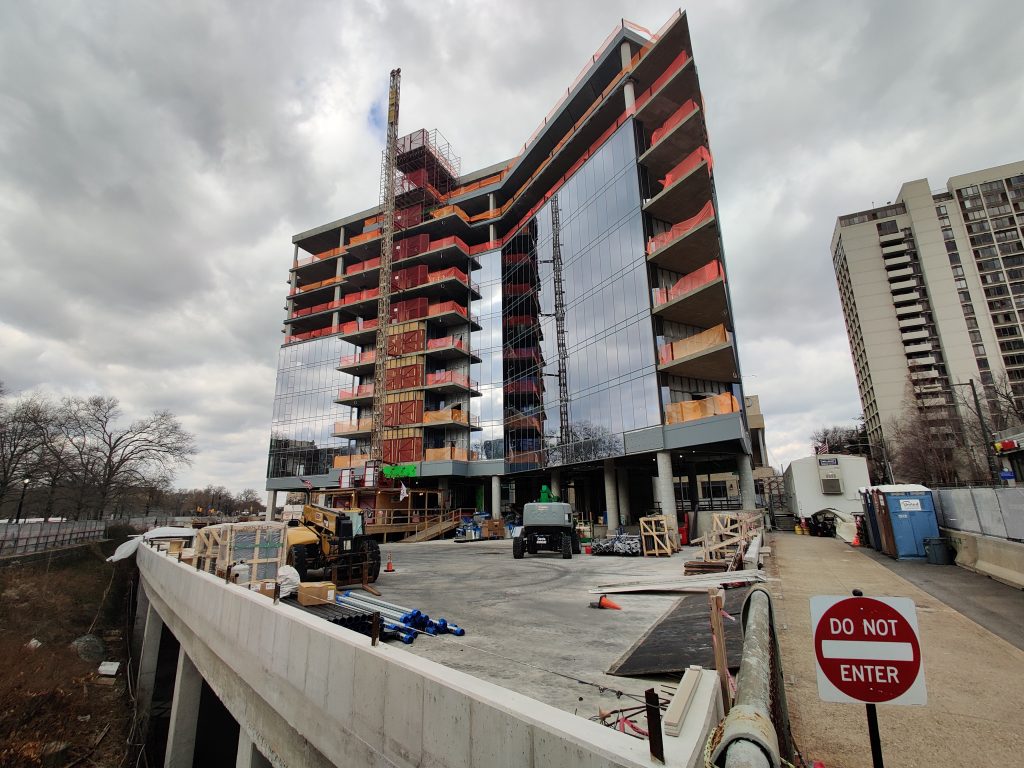 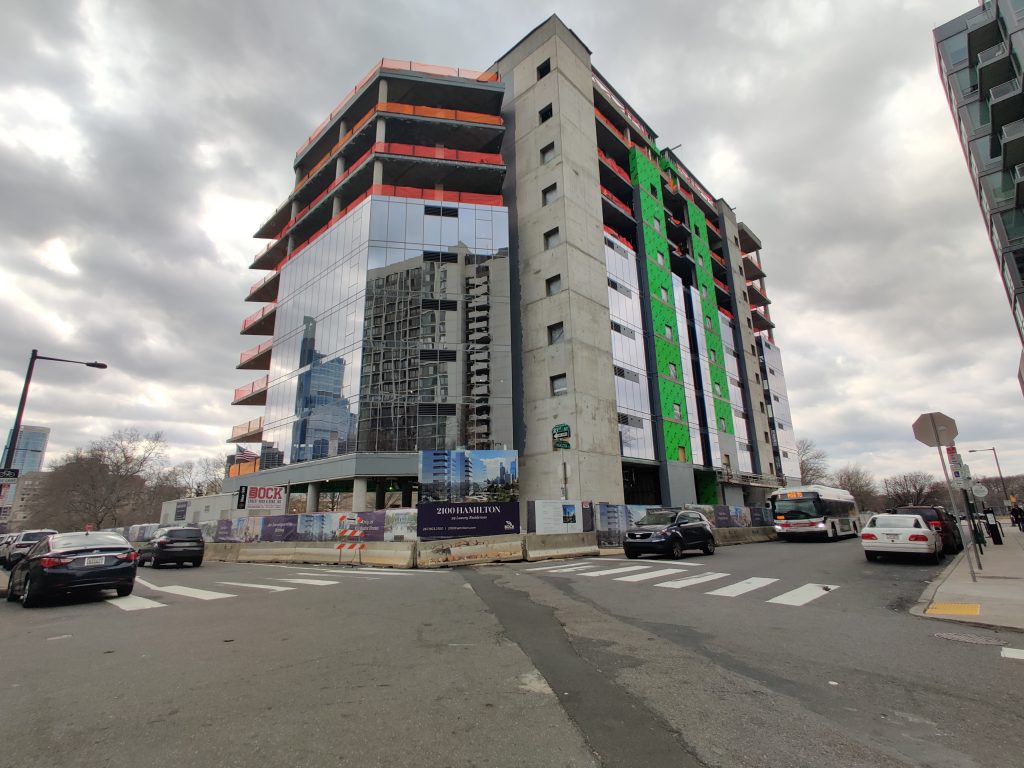 The building is located in an area that hasn’t seen much postwar development, so its modern look is a refreshing addition to the neighborhood.

1 Comment on "Cladding Halfway Up at 2100 Hamilton Street in Franklintown, North Philadelphia"