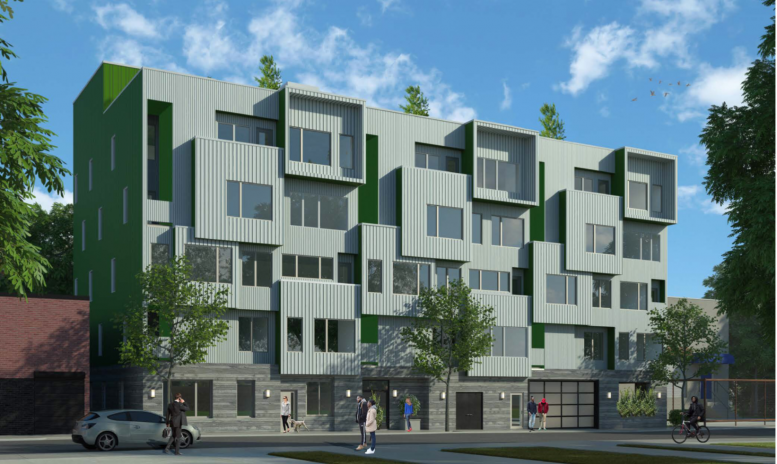 Permits have been issued for a six-story, 46-unit structure at 1309-25 Cambridge Street in Poplar, North Philadelphia. Designed by KJO Architecture, the 51,878-square-foot structure will include a roof terrace as well as 15 parking spaces. Cambridge 9 OZB LLC is the listed owner. The building will cost $6.75 million to build. 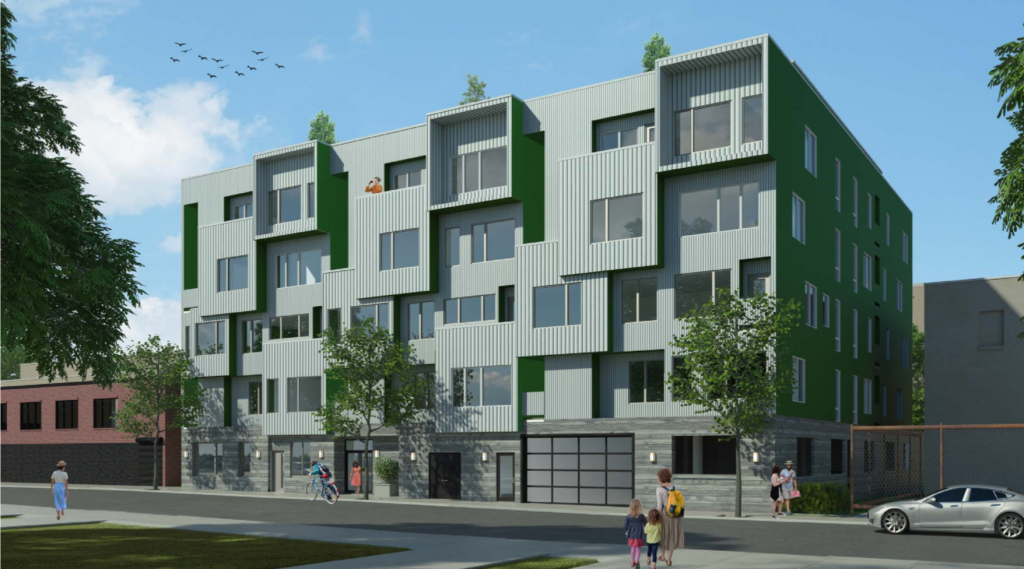 Renderings depict a modern structure that will stand out from its surroundings. Green steel cladding will cover the façade, with lighter green situated at the front and a darker shade on the sides and back. The ground floor will be clad with wood siding. The most prominent feature is staggered modules that shift in and out the structure a seemingly random pattern, creating a interesting effect. Windows of alternating sizes are spread throughout the exterior. 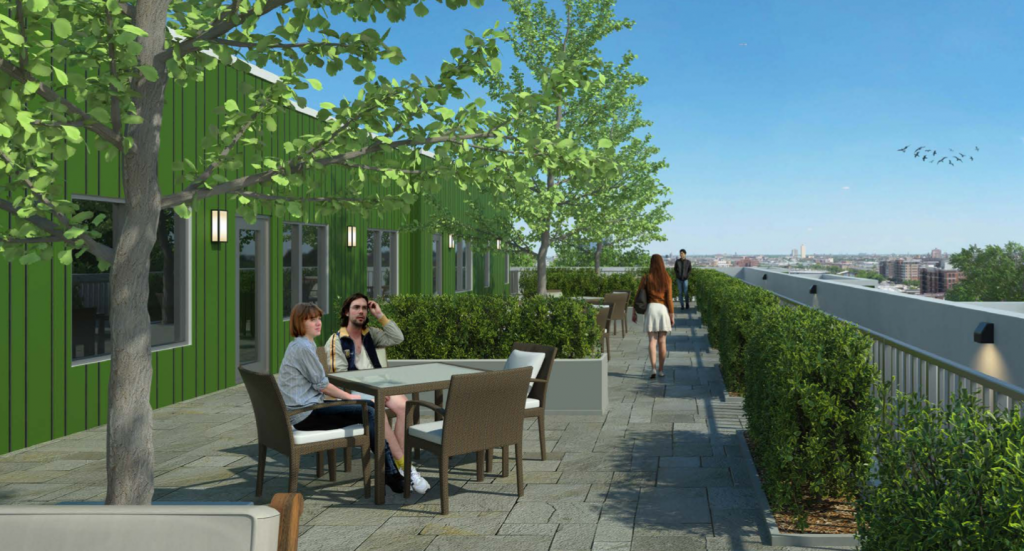 A planted roof terrace at the top of the structure will serve as a pleasant outdoor space for the residents. Small trees will provide shade for the outdoor seating, which fills up the majority of the space. Small planters with green hedges will add further greenery to the area. The terrace faces south, offering views of the Center City skyline. 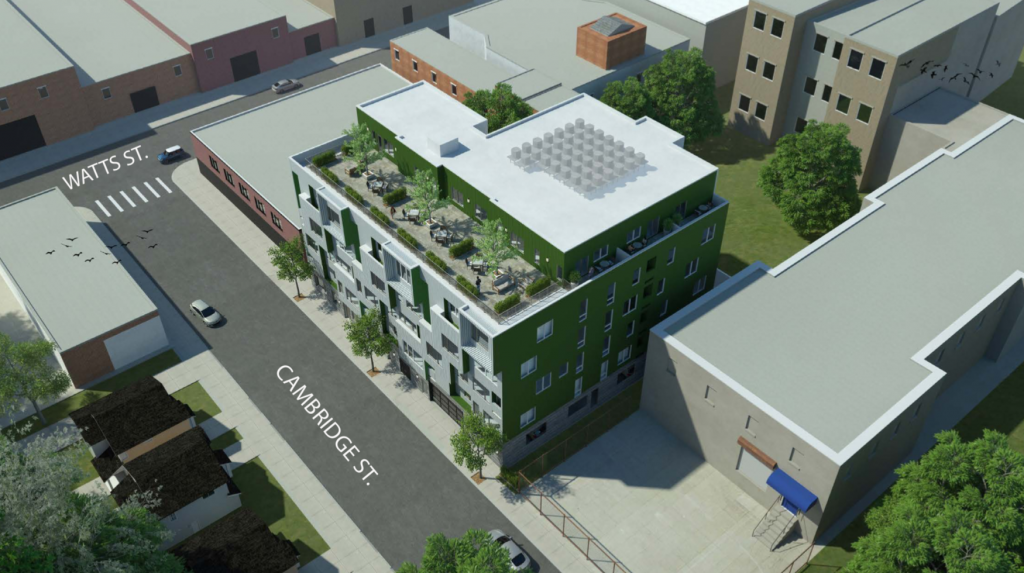 Aerial rendering of the project via KJO Architecture. 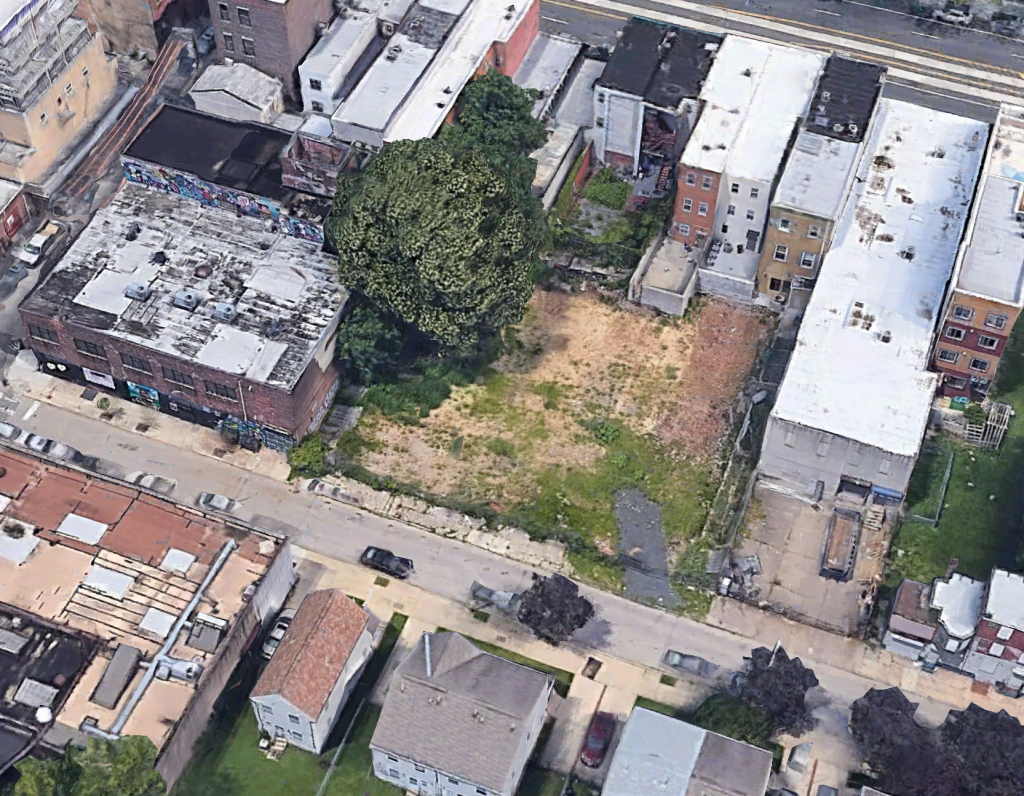 The building will replace a vacant lot overgrown with grasses, bushes, and a small clump of trees in the northwestern corner of the property. The project will positively impact the neighborhood due to the massive density increase, which will help local businesses and restaurants in the surrounding area.

The site is situated just off of Girard Avenue and Broad Street, where the Girard station on the Broad Street SEPTA line, which rapidly whisks riders to Center City, as well as the route 15 trolley that runs along Girard Avenue. Temple University is also located within a ten-minute walk to the north.

No completion date is known yet.

Be the first to comment on "Permits Issued for a 46-Unit Structure at 1309-25 Cambridge Street in Poplar, North Philadelphia"