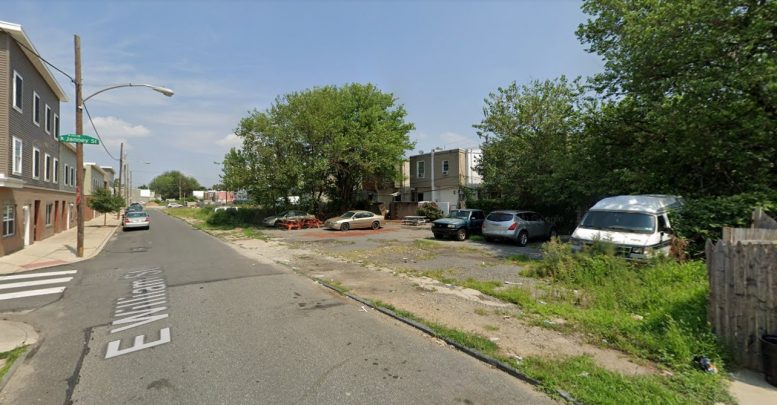 Zoning permits have been issued for the construction of seven single-family structures at 2231-2243 East William Street in Port Richmond, Kensington. The buildings will replace a large vacant site on the northeast side of the block between Trenton Avenue and Tulip Street. Each structure will span a footprint of 700 square feet and feature a roof deck accessed via a pilot house. William Street Development LL [sic] is the listed owner for all properties. 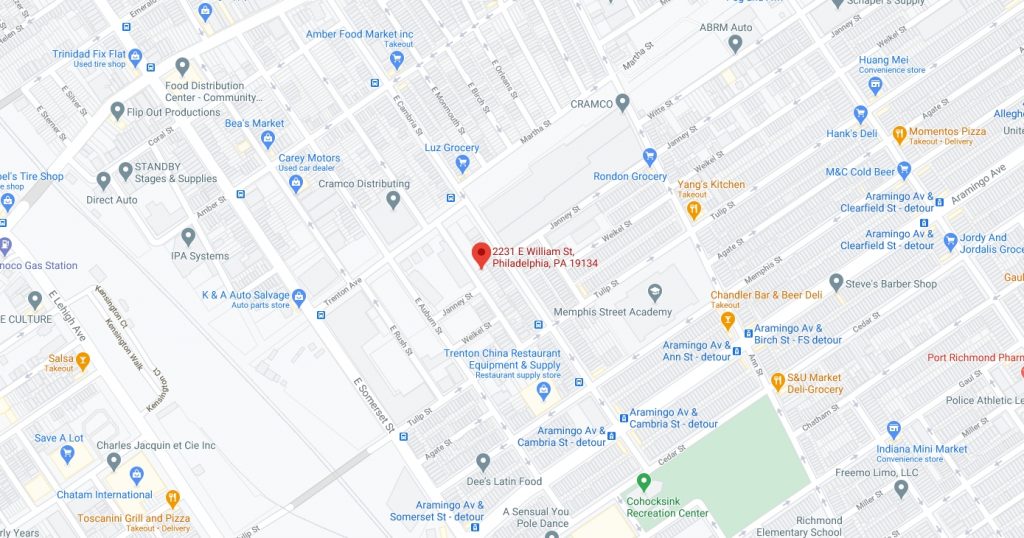 An additional residential permit was issued for 2231 East William Street, specifying that the building will stand three stories and will feature a cellar and a sprinkler system, with AMF Construction Inc. specified as the contractor. No concurrent residential building permits were filed for the rest of the structures, but given that the zoning permits are near-identical for the set, the abovementioned features will likely be present in the rest of the buildings, as well.

The block was originally built out in the prewar period with rowhouses that housed many of the local factory workers and their families. Curiously, our research shows that most of the site allocated for the proposed structures has sat vacant since at least the 1940s, though the rest of the surrounding area was densely built out by that point. It is unclear whether the structures at the site were demolished prior to that date or if the site was ever developed in the first place.

In the postwar period, the majority of manufacturers left the area, and many of the residents vacated as well. Some time between 1970 and 1981, most structures on the block were torn down, shortly after a large warehouse-style structure across the street was torn down in the late 1960s. For decades since, the formerly urban street traversed a wasteland landscape, with massive dirt lots flanking either side. 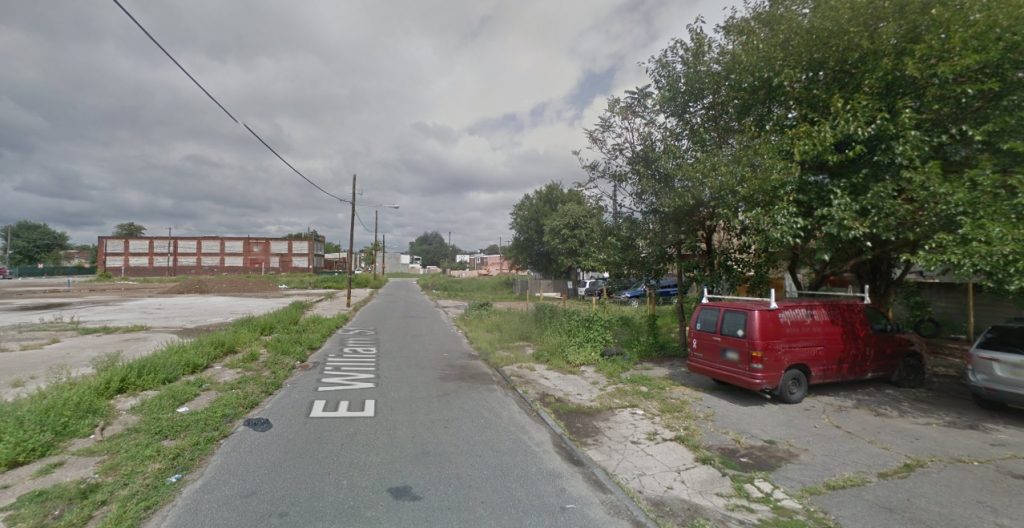 The block’s fortunes began to turn around in the past few years. Between 2014 and 2018, a complex of two- to three-story attached residential buildings rose in place of the former warehouse. The proposed series of single-family dwellings will create enclosure on the opposite side of the street, recreating a dense, urban experience not seen on the block in half a century.

On the opposite side of the block, four attached three-story townhouses were completed at 2200-2206 East Cambria Street around 2019. According to preliminary filings, development is slated for some of the adjacent vacant sites, as well. 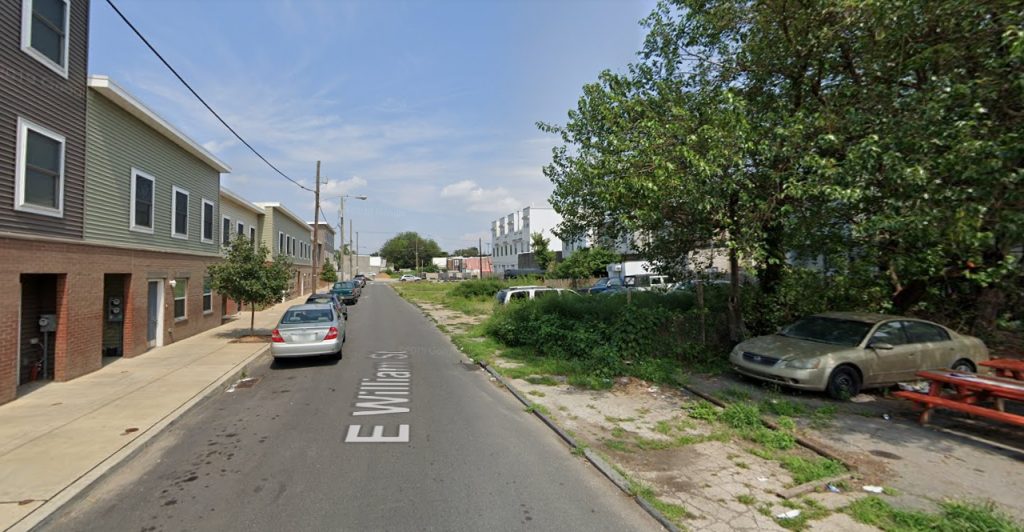 The area is capable of supporting further density due to its proximity to transit, namely the 15 trolley that runs along Aramingo Avenue two blocks to the south, as well as the Market-Frankford SEPTA line, located within a 15-minute walk to the north. In addition to development-ready vacant land, the area also boasts an abundance of conversion-worthy prewar properties, such as an imposing but mostly boarded up, five-story factory at 2916 Weikel Street. Its brick façade, large windows, and tall ceilings are ideal for work-live spaces, artist lofts, or a number of other uses. Developers, take note. 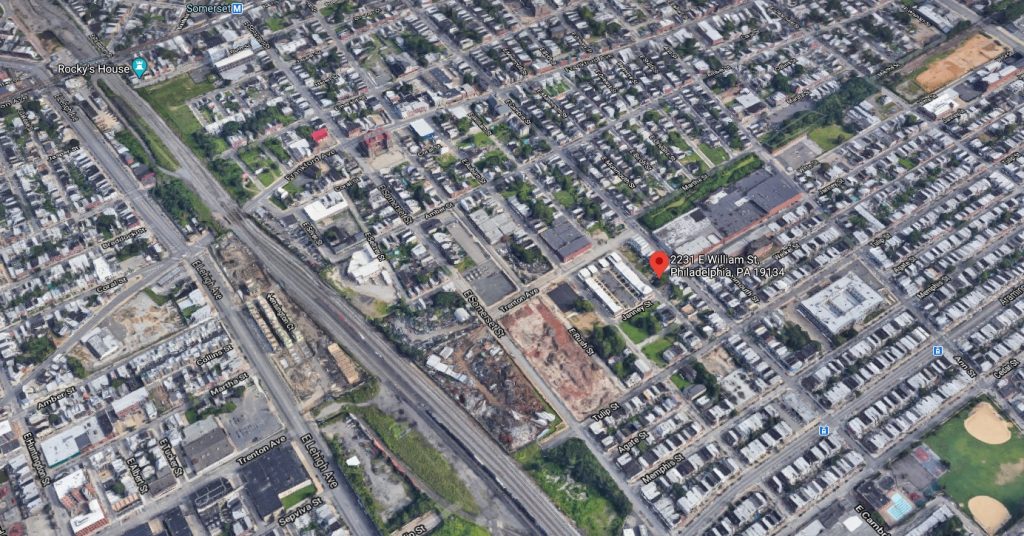 Be the first to comment on "Permits Issued for Seven Single-Family Dwellings at 2231-2243 East William Street in Port Richmond, Kensington"