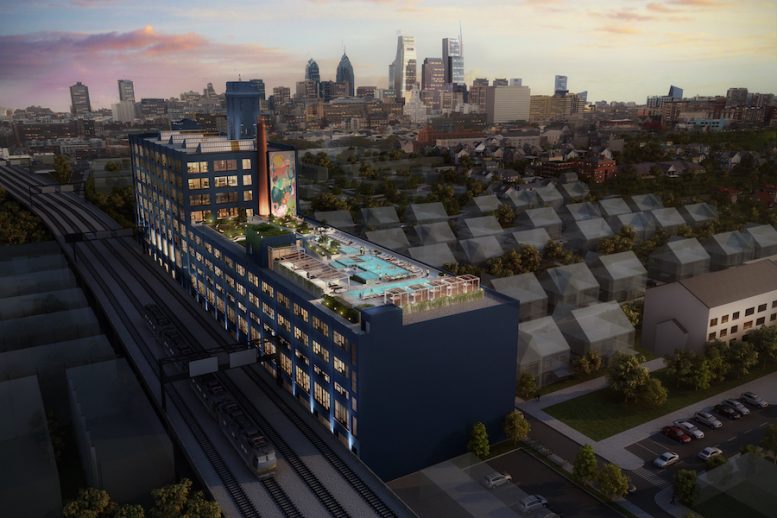 Construction is nearing completion on The Poplar, a renovation project at 900 North 9th Street in Poplar, North Philadelphia. Designed by Coscia Moos Architecture and developed by the Post Brothers, the 400,000-square-foot project transforms the 11-story Quaker Building, a factory loft built in 1918, into a 285-unit residential building. The redevelopment adds a striking new color to the exterior, a rooftop amenity deck, and units that come in multiple sizes.

The property was once known as the Strawbridge & Clothier warehouse. A parking garage was originally proposed on the lot to the south of the building. As of now, nothing has risen on the site, though the on-site signs state the parking space is reserved for The Poplar. 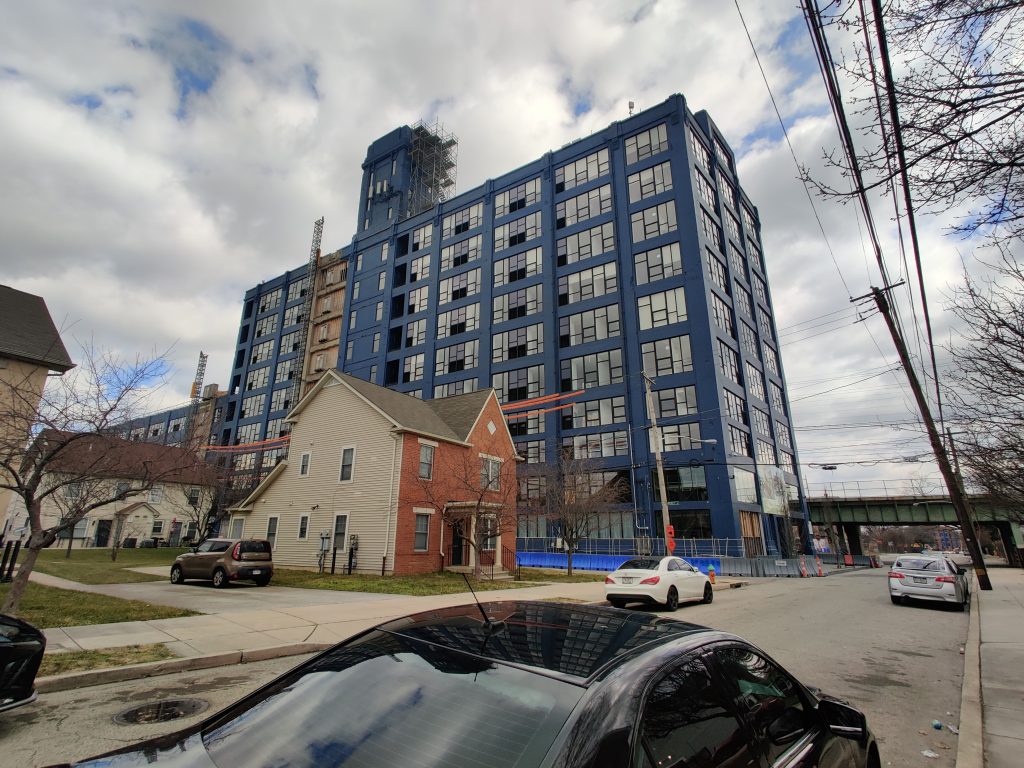 In 2017, a zoning document called for a 350-unit conversion for the building that was submitted soon after the proposal. The plans were approved in January of 2018, and two months later the Post Brothers became the new developer. Later in the year, the number of residential units was downsized to the current total and work had started on the building in 2019. At the moment, the final stages of construction are underway. 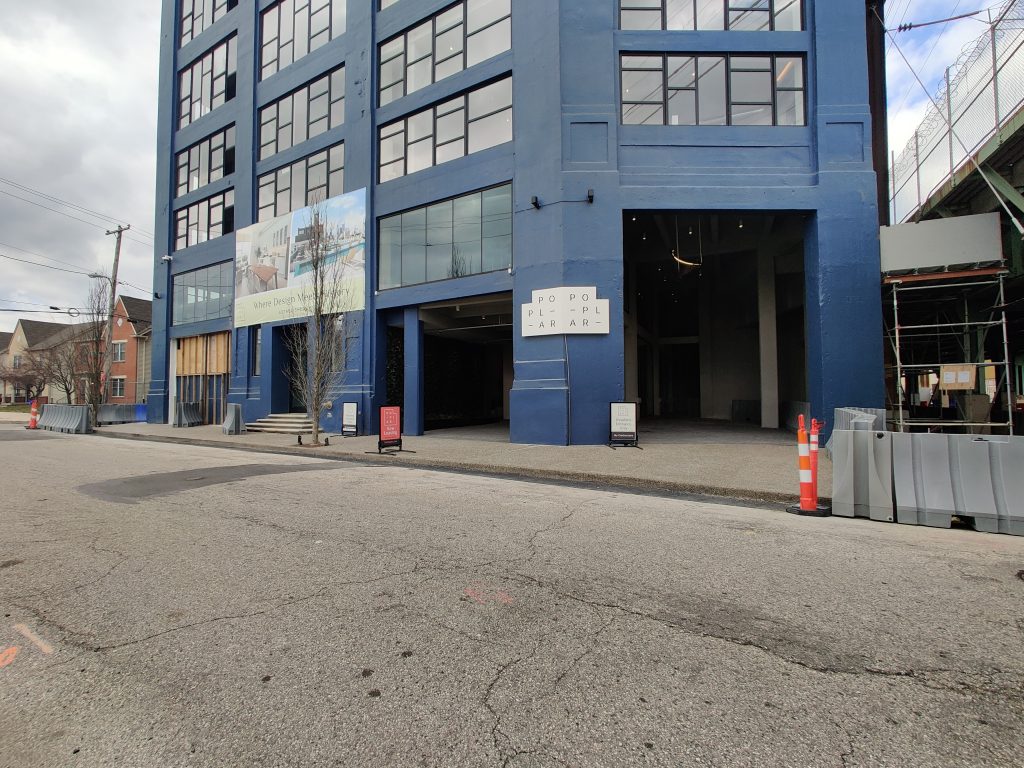 The opening is anticipated to take place this month.

Be the first to comment on "The Poplar Nears Completion at 900 North 9th Street in Poplar, North Philadelphia"