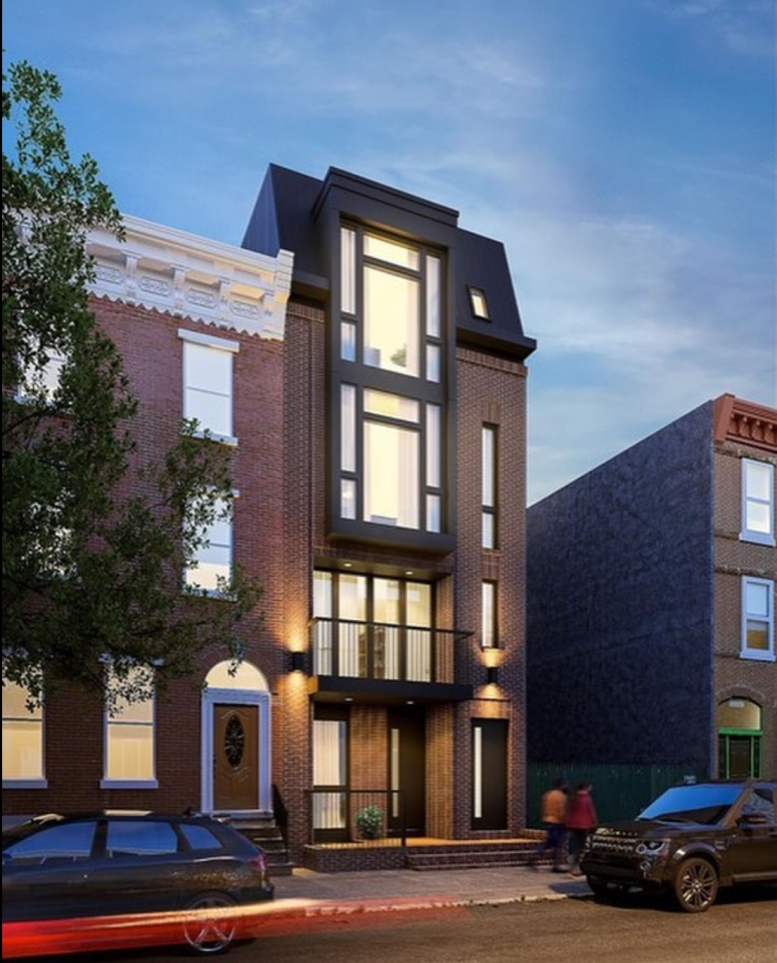 A rendering has been released for a new four-story multifamily project at 1507 Christian Street in Graduate Hospital, South Philadelphia. Designed by Gnome Architects and developed by Zatos Investments, the building will yield five residential units, most likely condos.

The rendering depicts a modern rowhome-sized structure clad primarily in red brick with black metal paneling around the windows and on the slanted roof. The most prominent feature is a projecting rectangular volume between the third and fourth stories with large floor-to-ceiling windows. Below this sits a recessed wall of floor-to-ceiling glass and a balcony. While the ground floor also features another large window, the majority of the space is occupied by two doors. Three narrow windows run up the right side of the structure. Detailed brickwork lines several sections of the façade, adding texture to the finish. 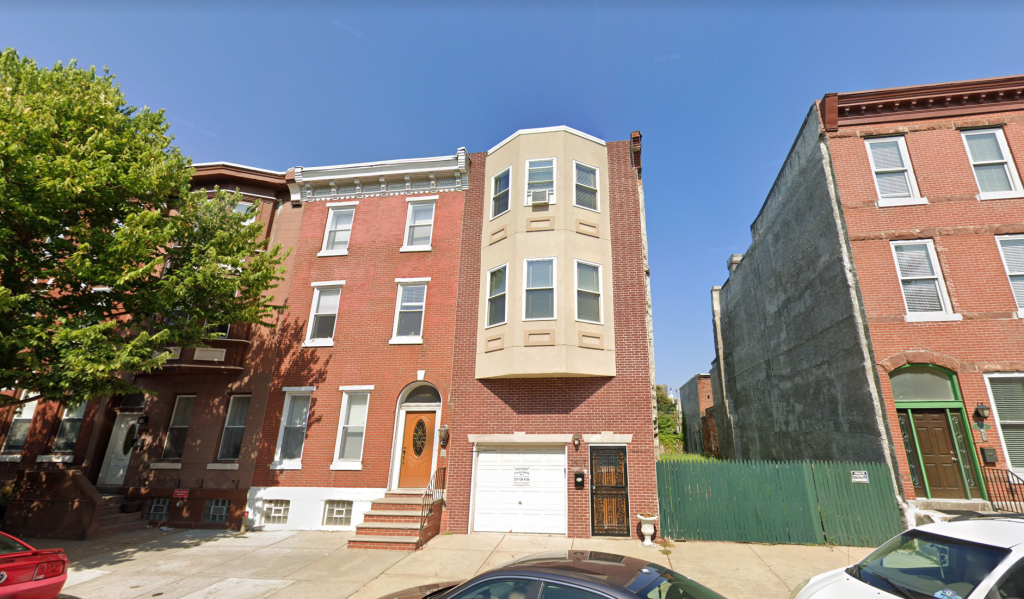 The structure will replace a three-story rowhome that currently stands on the site. This building features a large bay window column on the second and third floors, serving as its only major design feature. The ground floor features a garage door, forming a curb cut on the sidewalk, and the front door to the home. The overall height increase is a positive for the site, and adding five residential units to a site formerly occupied by one is a positive density boost for the neighborhood.

Transit access is offered nearby to the Broad Street Line via either Lombard-South or Ellsworth-Federal Stations. The property is also within walking distance of Center City. The neighborhood of Graduate Hospital has emerged as one of Philadelphia’s hottest real estate markets, and the addition of five units to the area is certainly a positive. It will also sit in the greater realm of the Broad and Washington mega-cluster of major developments, which will serve as a major retail and restaurant hotspot for future residents to enjoy.

A completion date is not yet known for the project.

Be the first to comment on "Rendering Revealed for 1507 Christian Street in Graduate Hospital, South Philadelphia"