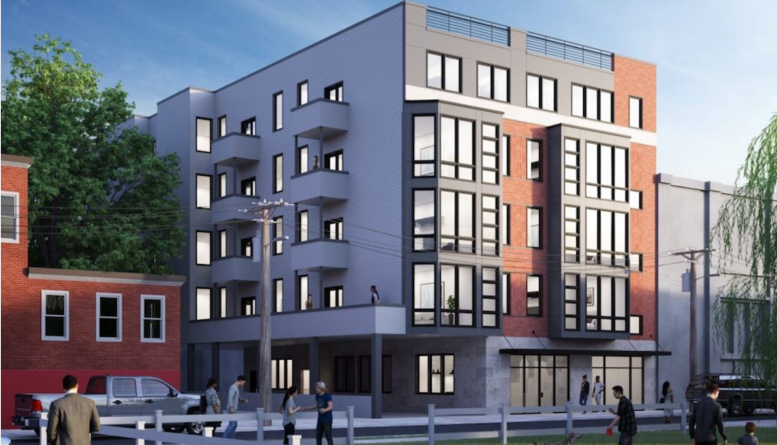 Construction has topped out at 1539 North 26th Street, a five-story mixed-use building in Brewerytown, North Philadelphia. Designed by KCA Design Associates, the property will yield 28 apartments as well as ground-floor retail space and parking. GRIT Construction is in charge of building the structure.

The building features a modern design with brick utilized on the second, third, fourth, and fifth floors. The brickwork is interrupted with gray cladding, which takes up the majority of the fifth floor and accents the middle floors at the bay windows. On the side walls, plain white cladding is utilized, with small balconies. White and gray material frames the ground-floor commercial spaces. 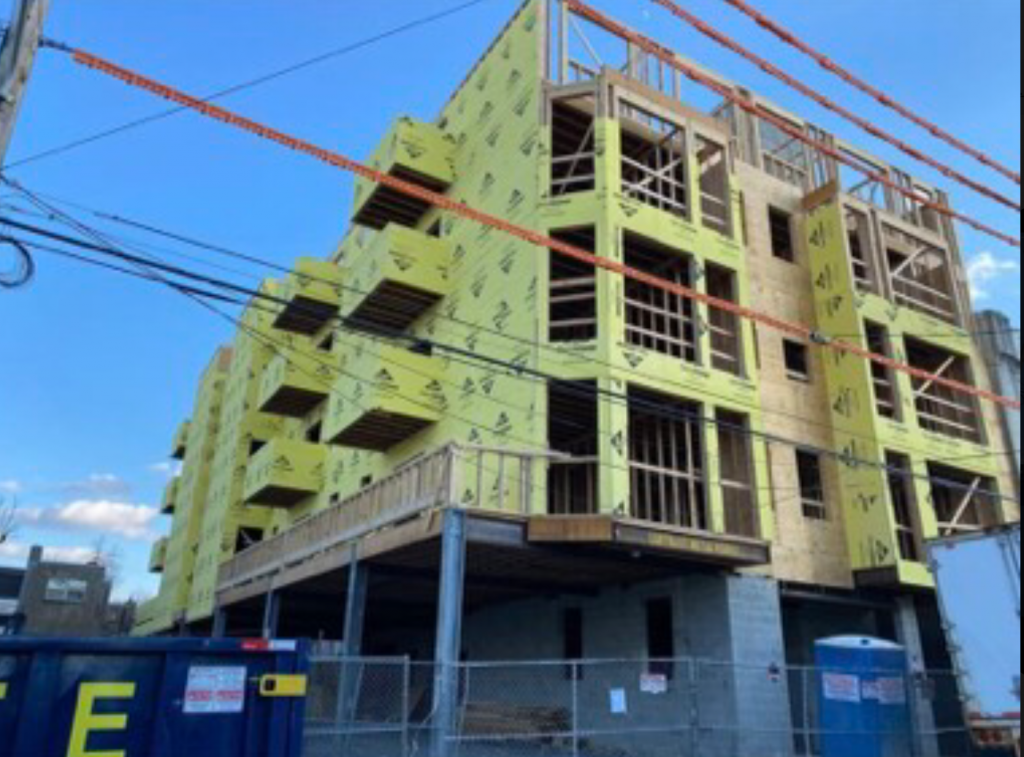 Current view of the site via GRIT Construction.

Recent photos show that the framing work has reached the parapet, though the development remains far from complete. The balconies on the sides of the structure are the most recent feature of the design to be completed, and the project is now gearing up for window installation. Beyond this, the exterior walls still remain to be completed on the fifth floor. The project began construction last April.

The project replaces a single-story religious structure that was formerly home to the Temple of Love and Praise. The building featured a plain, windowlees design, with brick on the lower half of the structure and white-painted concrete on the upper half. 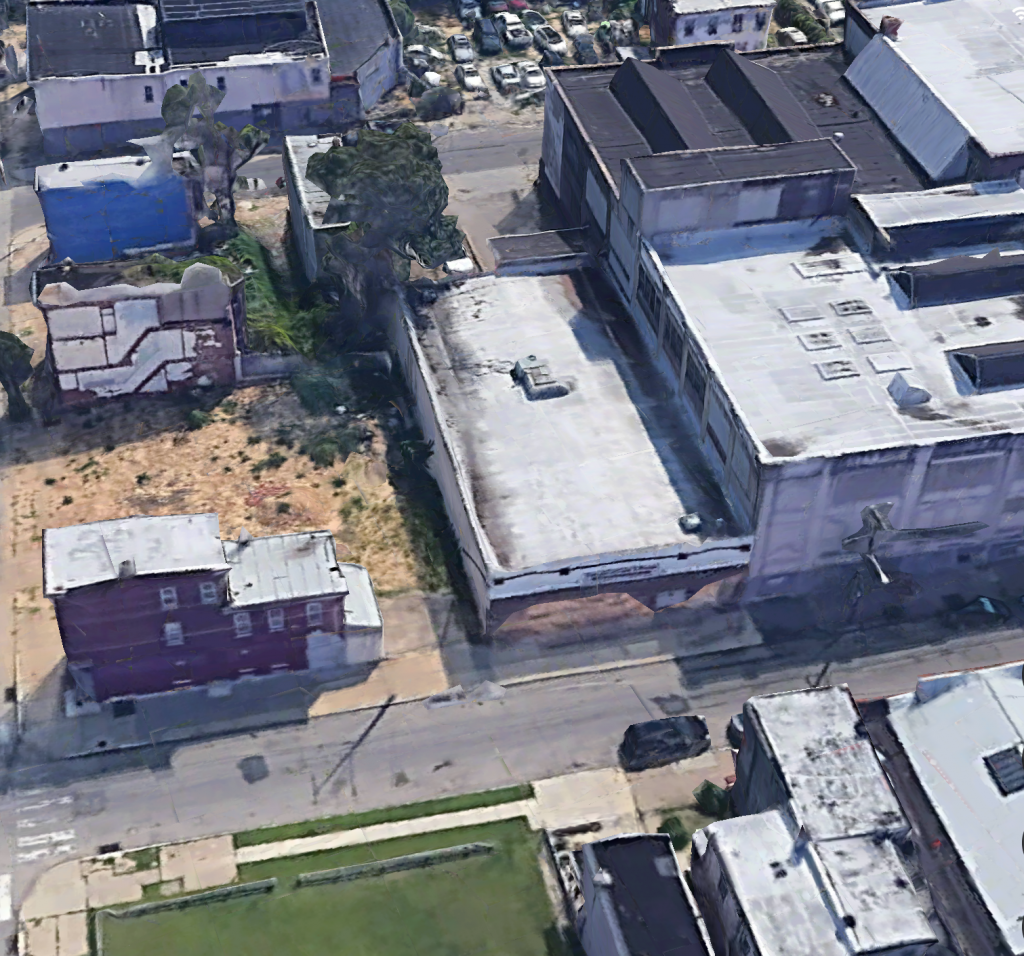 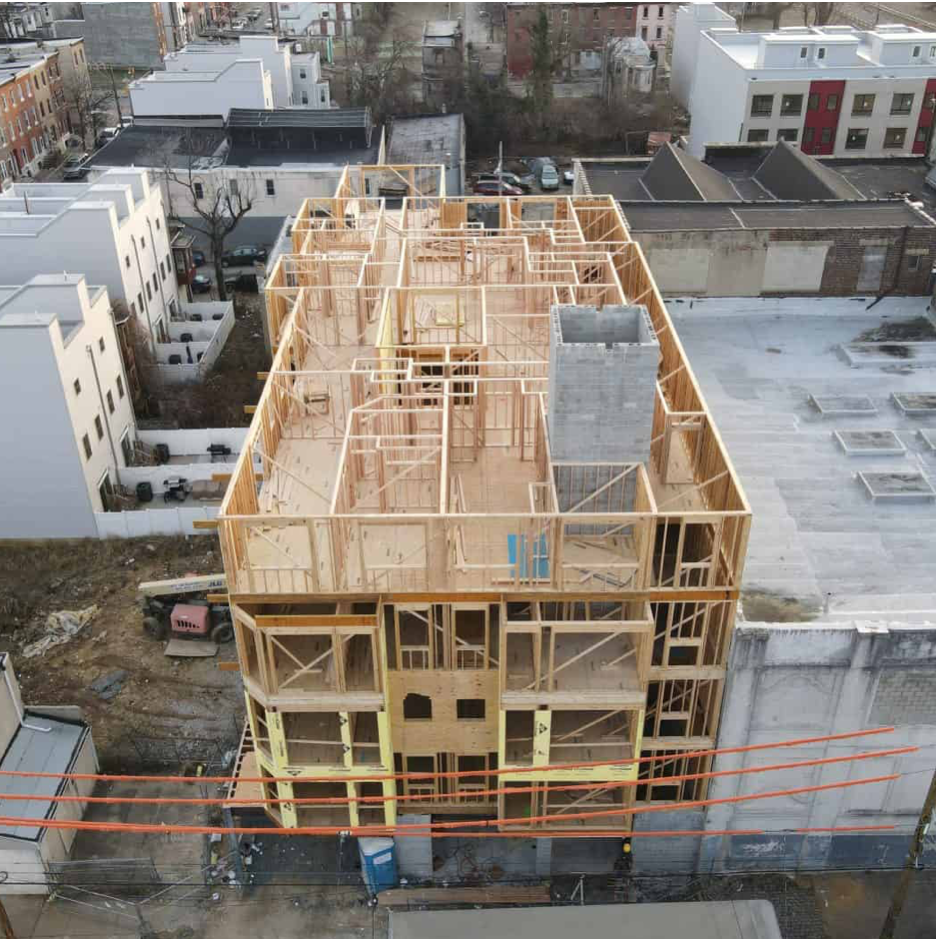 View of the project via GRIT Construction.

The project is located in the northern portion of Brewerytown. Though not far away from Girard Avenue, it is slightly away from the central business area of the neighborhood, so the additional density and retail will boost the neighborhood’s growth. The development will generate pedestrian traffic, benefitting the area’s desirability and encouraging future development. 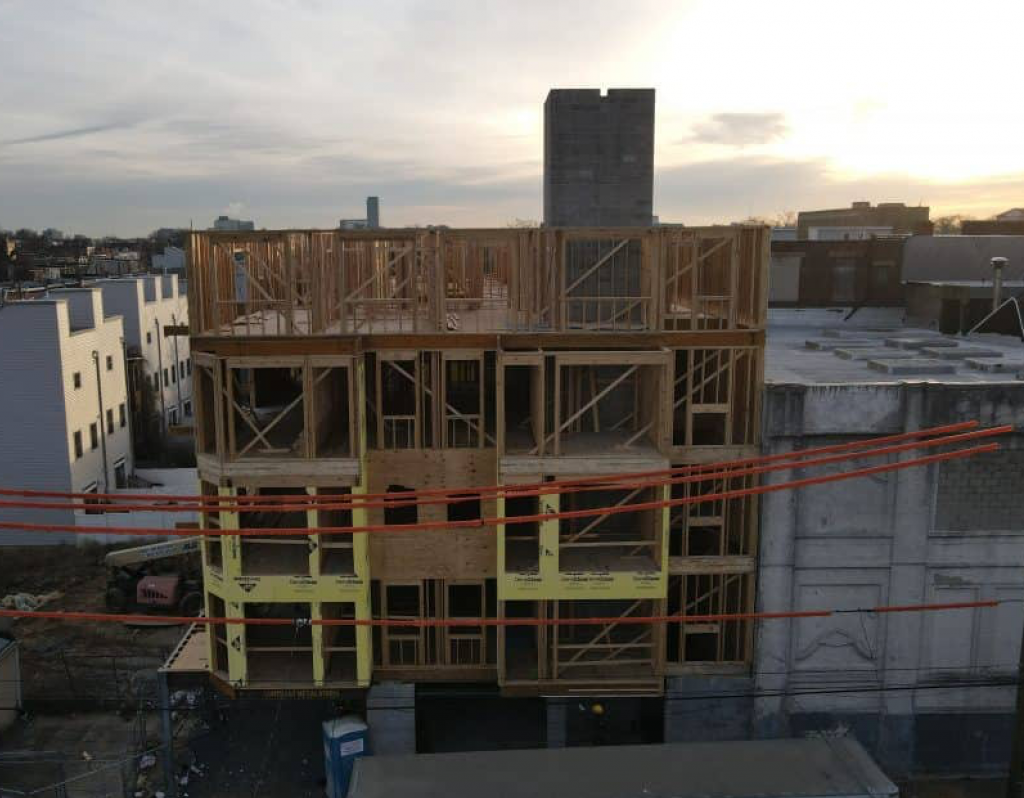 View of the project via GRIT Construction.

The project is expected to be completed by this October.

Be the first to comment on "Framing Work Progresses at 1539 North 26th Street in Brewerytown, North Philadelphia"