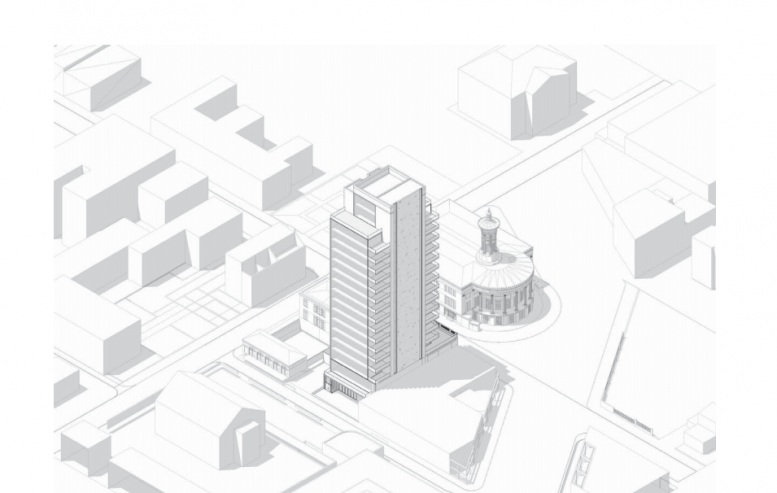 A 253-foot-tall, 20-story development is slated to rise at 222 Walnut Street in Old City, Center City, integrating a portion of a three-story building built in 1856. Designed by Cecil Baker + Partners and developed by 230 Walnut Street LLC, the project is located near the Society Hill Towers, a high-rise development designed by I.M. Pei. 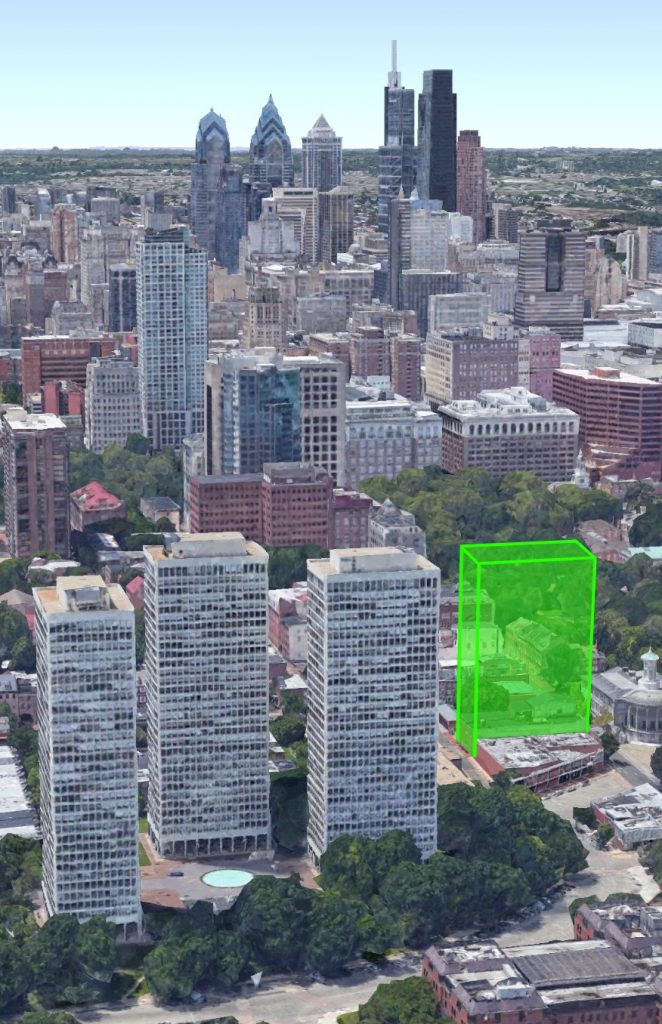 When the proposal was revealed in June 2019, few development watchers expected such a proposal to arrive in the area. The building takes up three lots at 222, 224, and 226 Walnut Street, which includes the historic Nelson Building. The development has faced pushback from preservation groups and local NIMBYs. Upon the historical commission’s review, the building was rejected due to its violation of Standard 9 and the commission’s members pushing against its height. The decision is puzzling when compared to the favorable decision with regard to One Dock Street, a project that is more massive in floor space and height, located only two blocks to the west of 222 Walnut Street. If the development is built, it will make a significant skyline impact when viewed from the Camden waterfront.