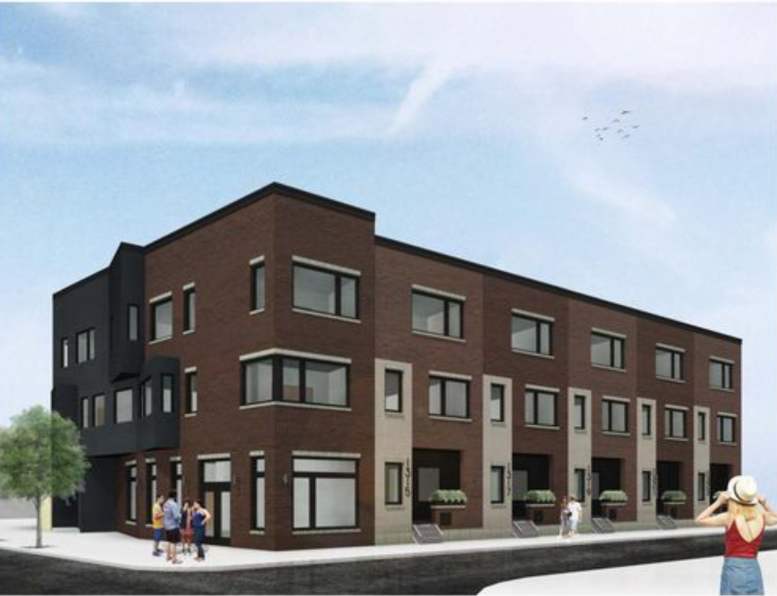 Excavation is underway at 1319-23 Schuylkill Avenue in the Forgotten Bottom section of Grays Ferry in South Philadelphia. The development is located at the intersection of Schuylkill Avenue and Earl Street, near the entrance to the Grays Ferry Crescent Trail, one of the neighborhood’s main draws. The project will rise three stories and will include 12 condo units.

A rendering of the project shows an attractive row of homes that utilize brown colored brick as a primary material with alternating shades of white and brown adding contrast. Varying window sizes and black cladding at the side the easternmost home provide a contemporary look. 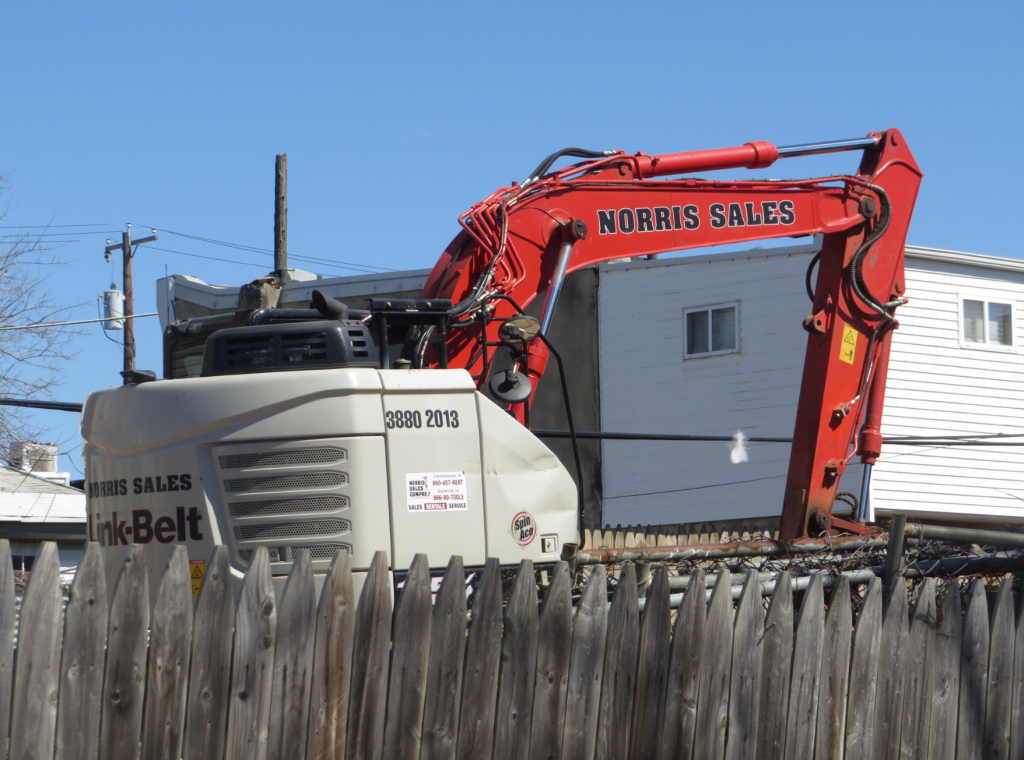 Though the sure is fully barricaded by a wooden fence, excavation equipment is still visible, as well as dirt that has clearly been moved in the past weeks, showing that it is still and active construction site. In the coming weeks, excavation work will continue. Once excavation is completed, foundations for the project will begin being poured, and then framing will begin and the building will rise from the ground. At this pace of construction, the building could see a completion sometime in 2022. 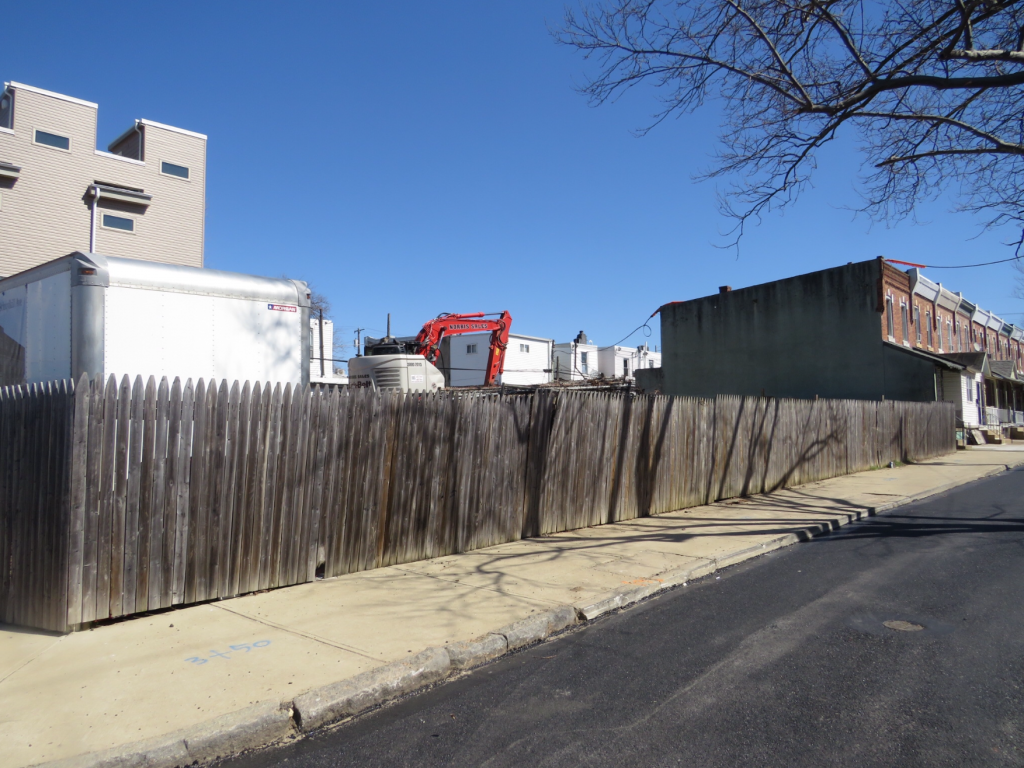 View of the development from Earp Street. Credit: Colin LeStourgeon. 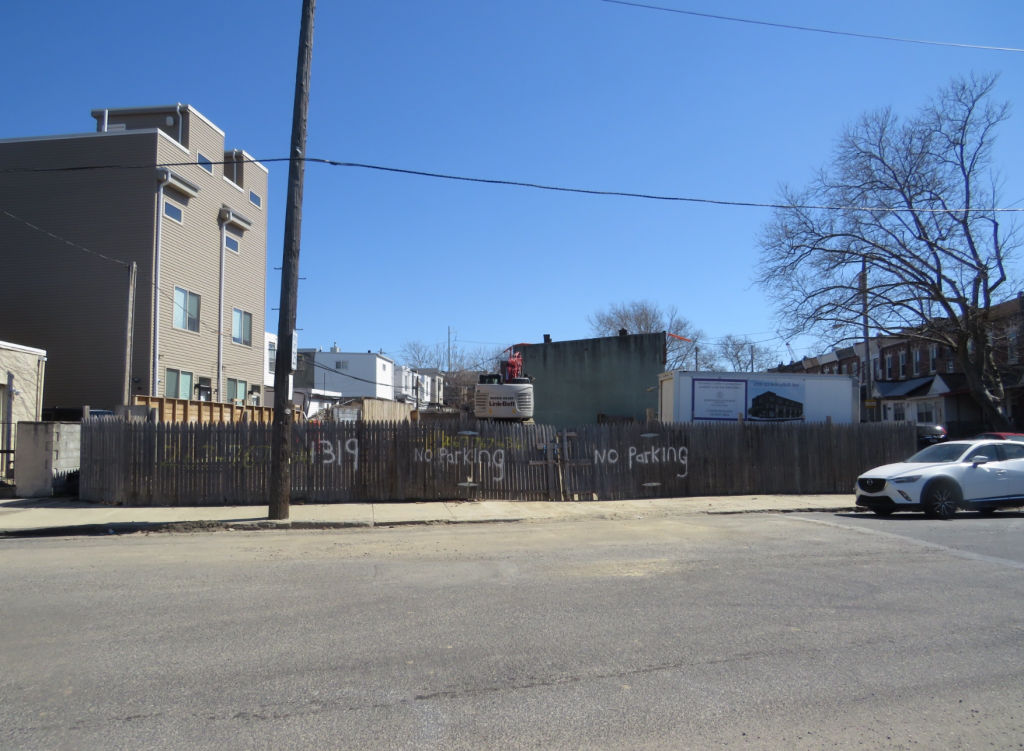 View of the development from Schuylkill Avenue. Credit: Colin LeStourgeon.

Forgotten Bottom is a small neighborhood tucked away between I-76 and the Schuylkill River, generally accessible through 34th Street or Grays Ferry Avenue. While large portions of the neighborhood were once largely vacant, new construction has began to enter the neighborhood and developed has began the area’s transformation. Aside from Penn’s new campus on the northern end of the neighborhood, this is the largest project the area has seen in many years.

Be the first to comment on "Excavation Underway at 12-Unit Complex at 1319-24 Schuylkill Avenue in Forgotten Bottom, South Philadelphia"