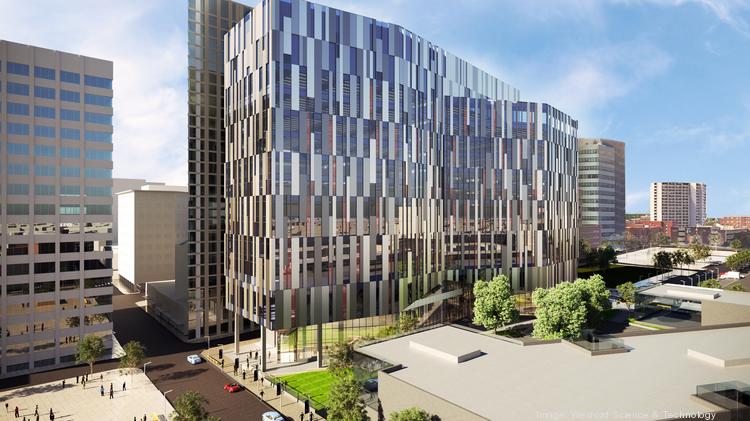 Construction at the Drexel College of Nursing and Health Professions in University City in West Philadelphia has been underway for the past few months, and the steel structure currently rises high enough to start making an impact on the skyline. Designed by Ballinger and developed by Wexford Science & Technology LLC, the 185-foot-tall structure will feature a façade with a mix of staggered glass of varying shades. The structure now rises seven stories tall, just past halfway on the way to its eventual 12-story height. The building is a part of the 14-acre uCity Square project that will dramatically raise the profile several city blocks. 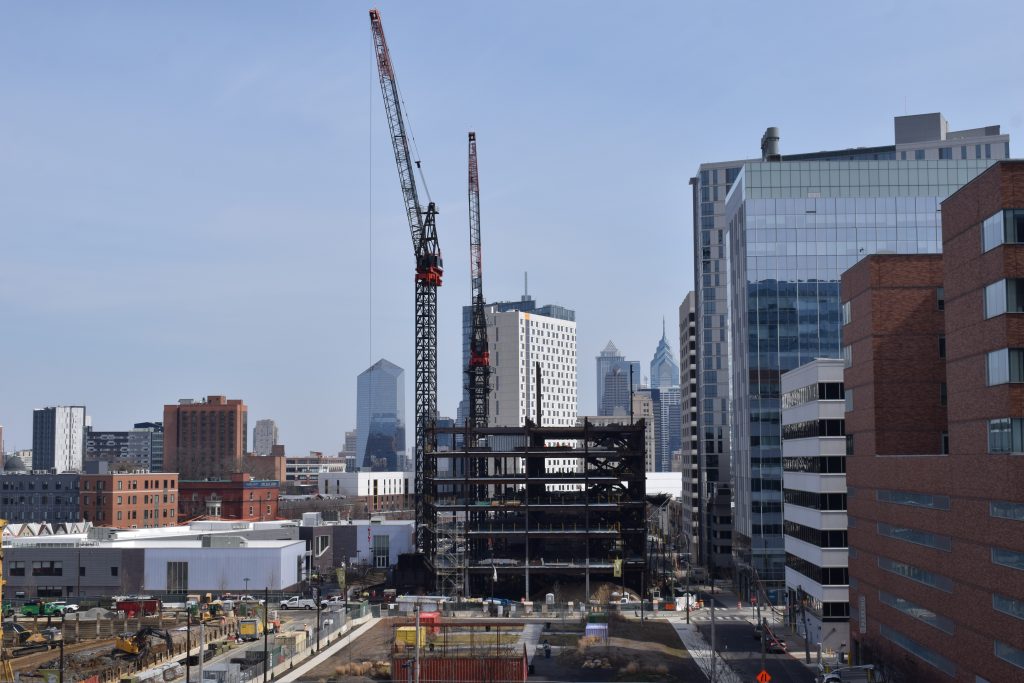 Drexel College Of Nursing And Health Professions from a nearby parking garage. Photo by Thomas Koloski

The last Philadelphia YIMBY update from January noted the erections of two tower cranes on the east and west sides of the structure. The tower did not require an excavation for the foundation, as the footprint was laid out with caissons so the structure directly from the ground level. At the time of the update, steel erection had just began, just portions of the first and second floors rising. 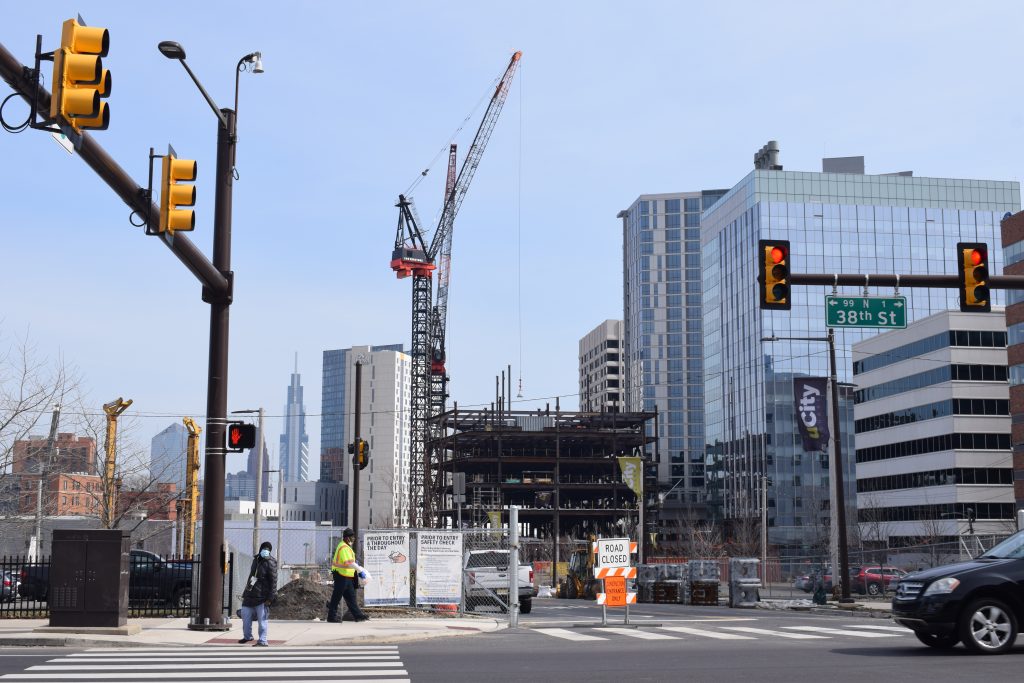 Our recent visit to the site reveals that much progress has been made since the last time the site was observed. The cranes have been jumped higher, and multiple floors have been built. At the time of the visit, beams for the eighth and ninth floor were being assembled. Preparations appear to have begun at the second and third floor for cladding installation, which could start some time later this month. 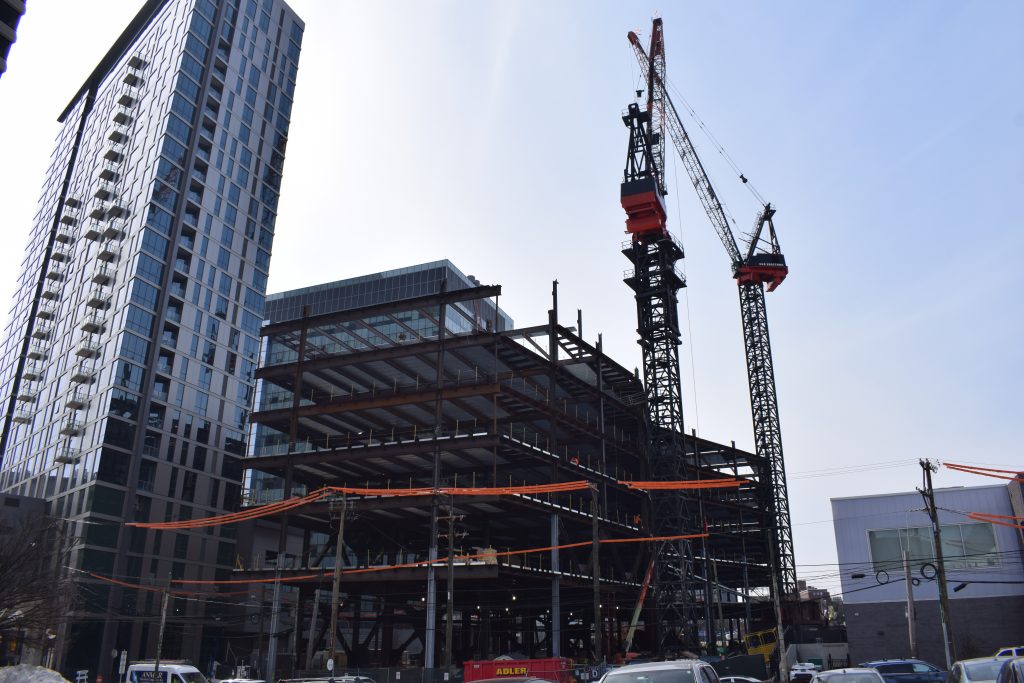 Drexel College Of Nursing And Health Professions from a nearby parking lot. Photo by Thomas Koloski

Completion is expected in May 2023.