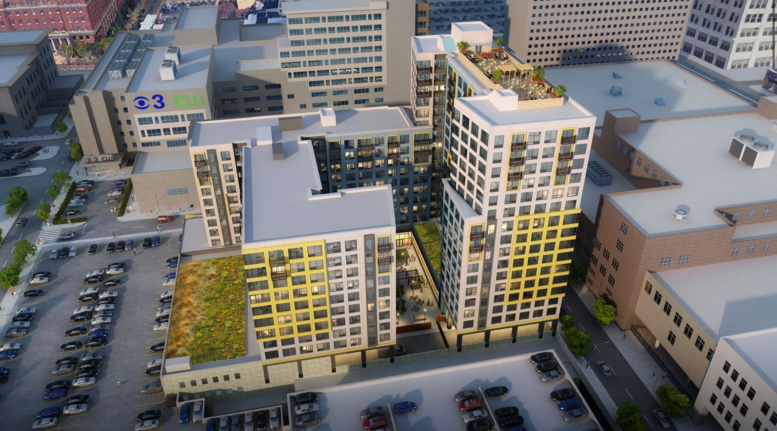 Rendering of The Hamilton via BLT Architects.

Construction work is nearing completion on The Hamilton at 1500 Hamilton Street in Franklintown, North Philadelphia. Designed by MY Architecture and developed by the Community College of Philadelphia and the Radnor Property Group, the 599-unit project consists of two phases. The first is a 10-story, 147-foot-tall building that has been complete for some time now. Over the summer work began on the second phase, which consists of a 16-story, 197-foot-tall tower, which YIMBY confirmed as topped-out in January. 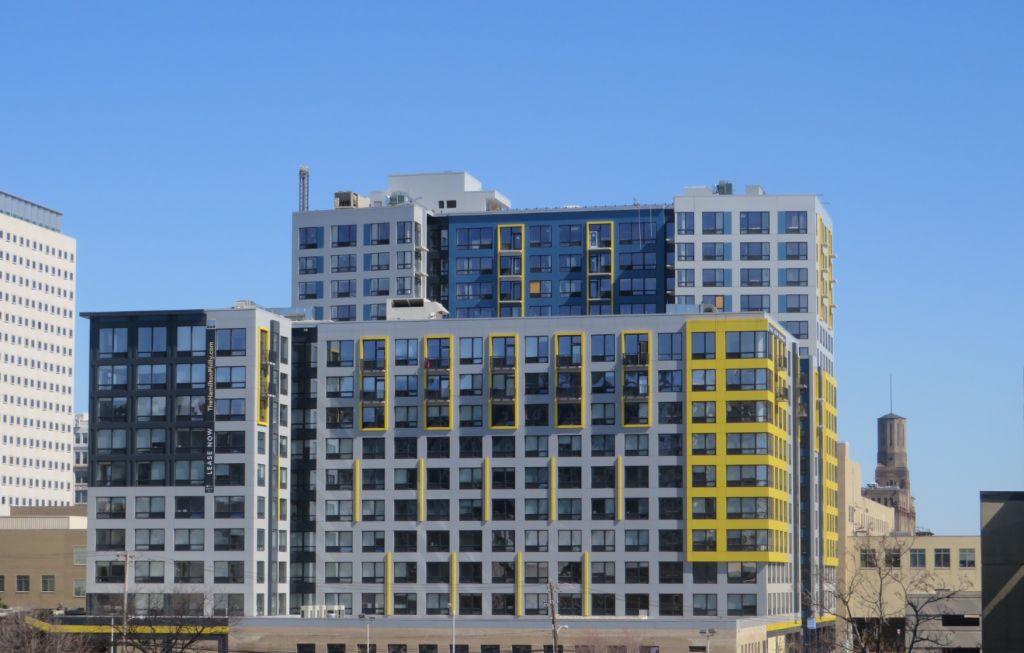 The Hamilton from nearby parking garage. Credit: Colin LeStourgeon.

Significant progress has been made to the tower since YIMBY’s last visit, when the façade was only beginning to rise up the structure. By now, though a few windows remain to be installed, the façade has essentially assumed its final appearance, and the tower now resembles its shorter attached twin. The tower crane has been taken down, a significant milestone for the project’s progress. The vast majority of the remaining work on the tower will lie within the interior,  which also appears well underway.

The simple and modern façade appears to be of high quality. Uniformly-sized windows combined with the gray façade create a pleasant appearance, with yellow accents that allow the tower to pop. 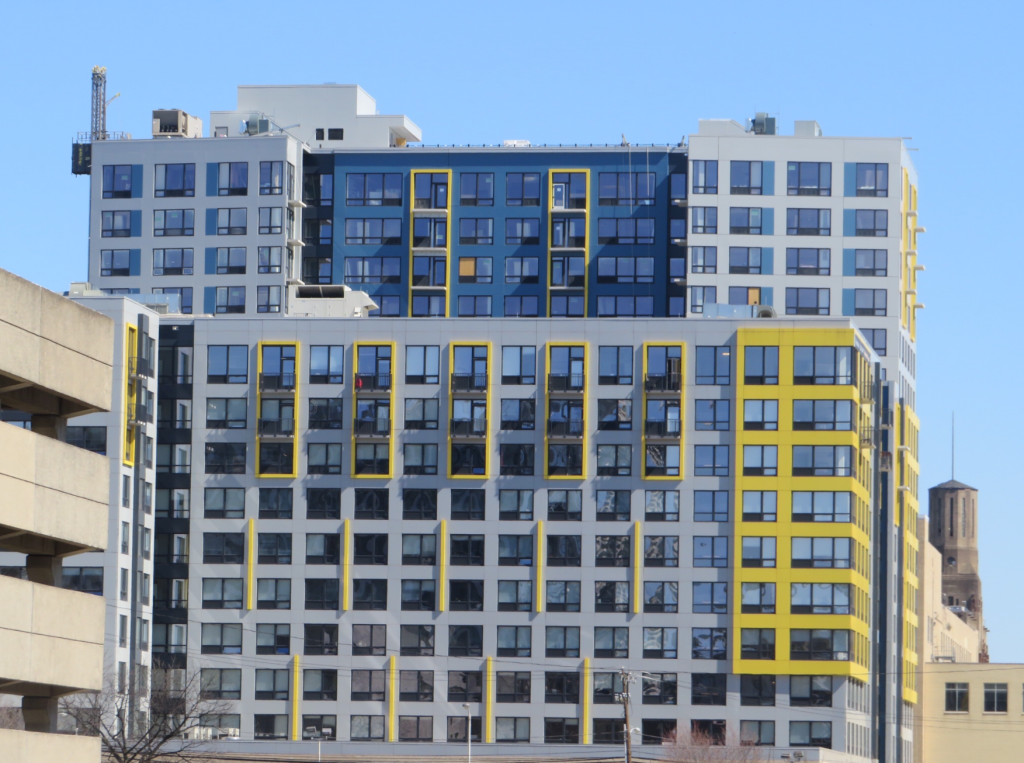 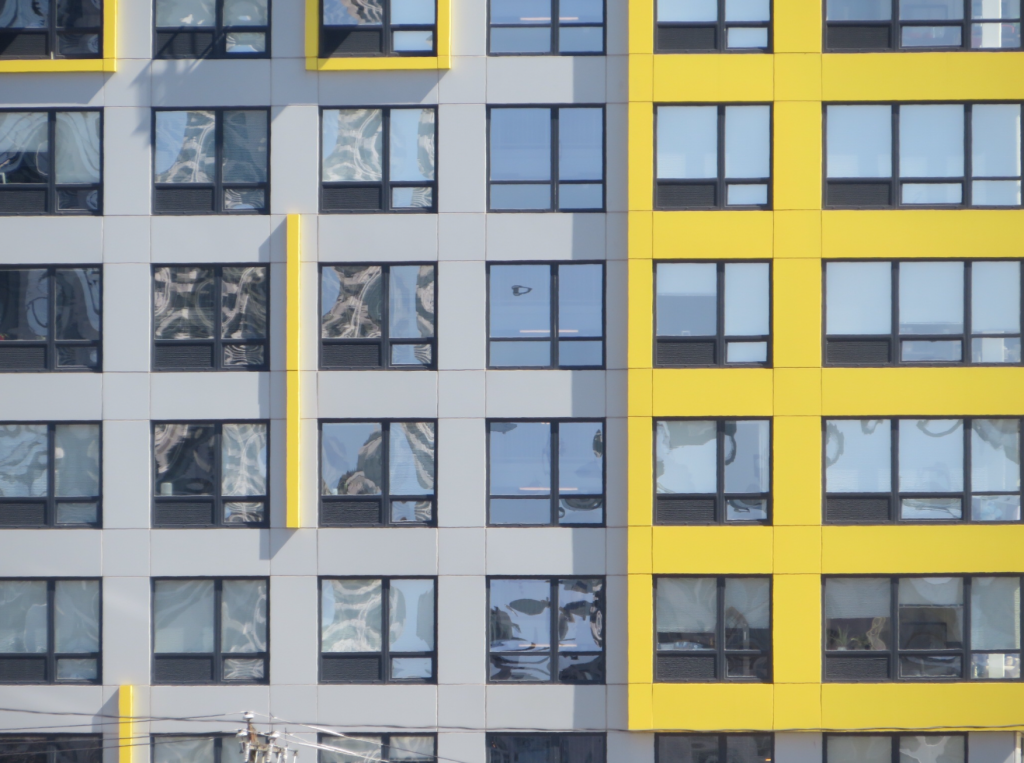 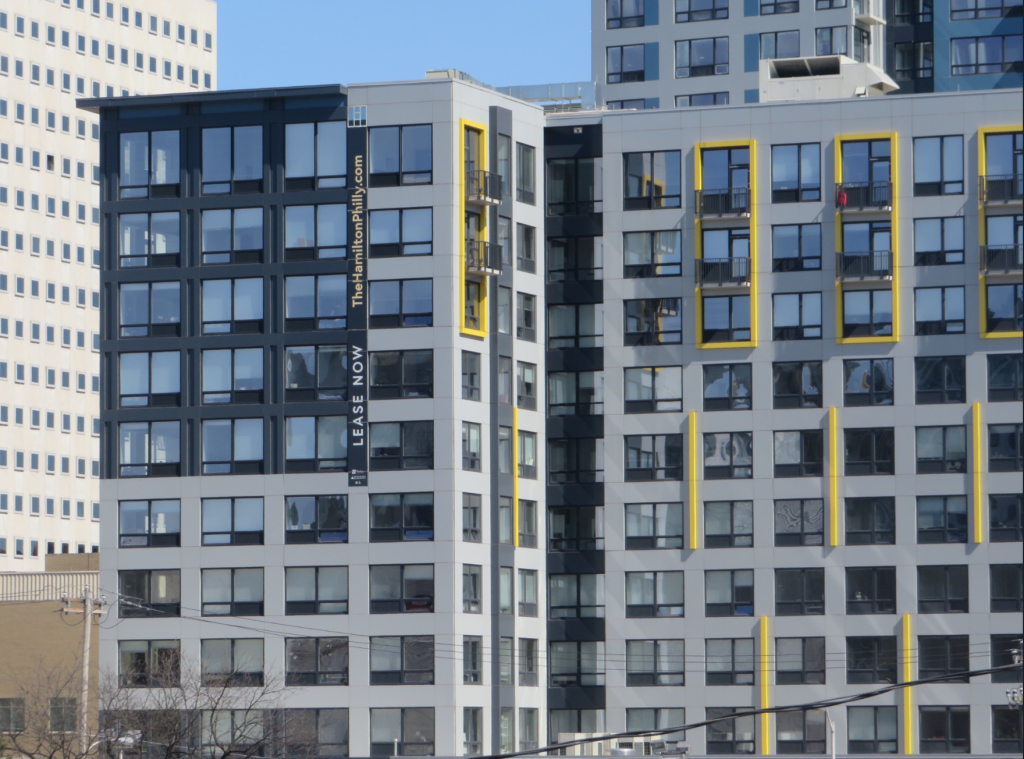 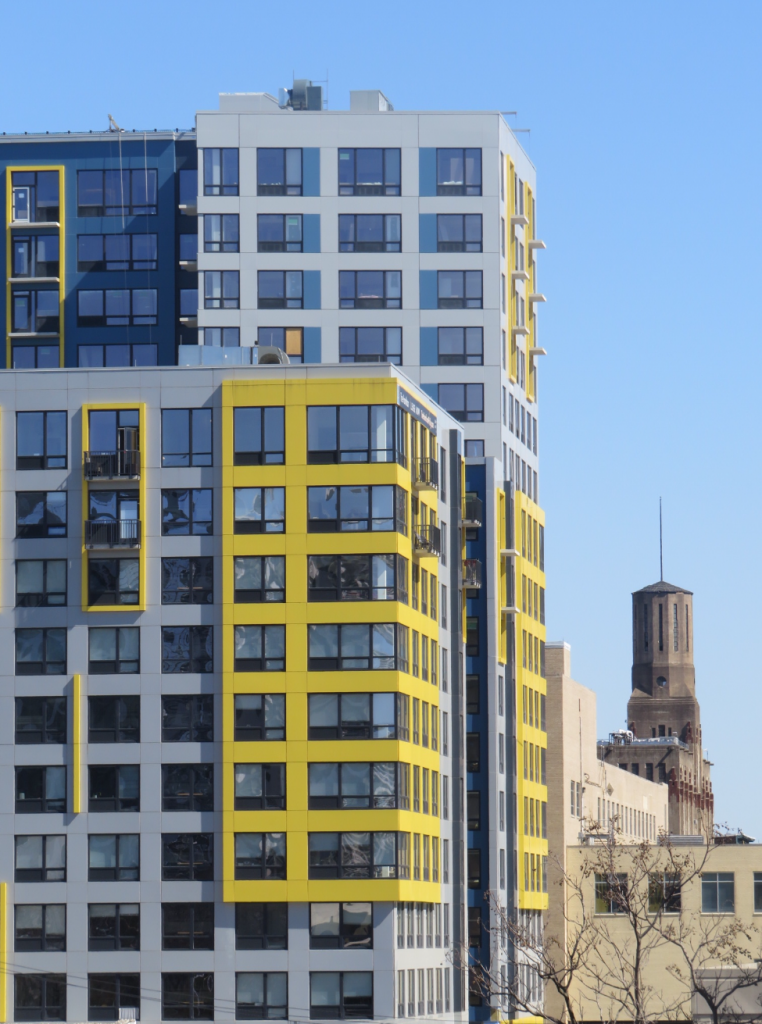 The building is likely to be completed later this year.

1 Comment on "Work Nearing Completion on The Hamilton in Franklintown, North Philadelphia"