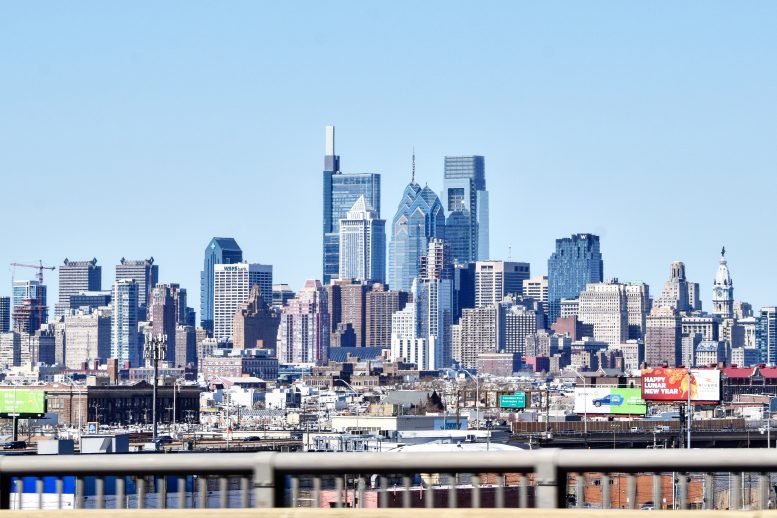 The Philadelphia skyline as seen from the Walt Whitman Bridge. Photo by Thomas Koloski 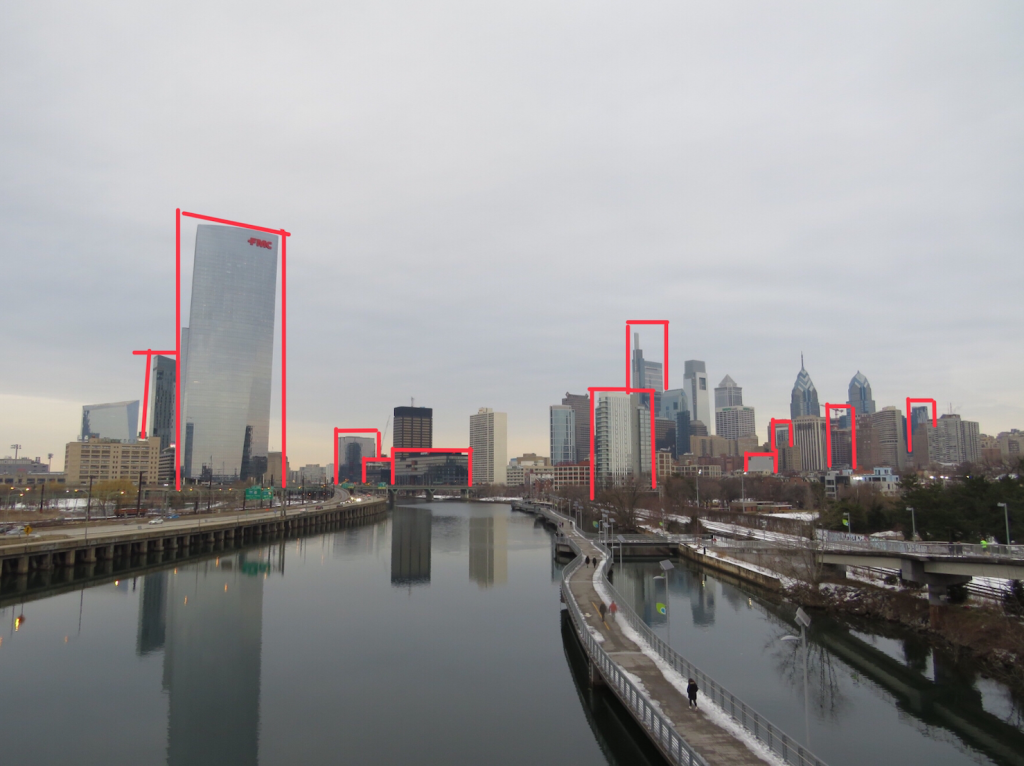 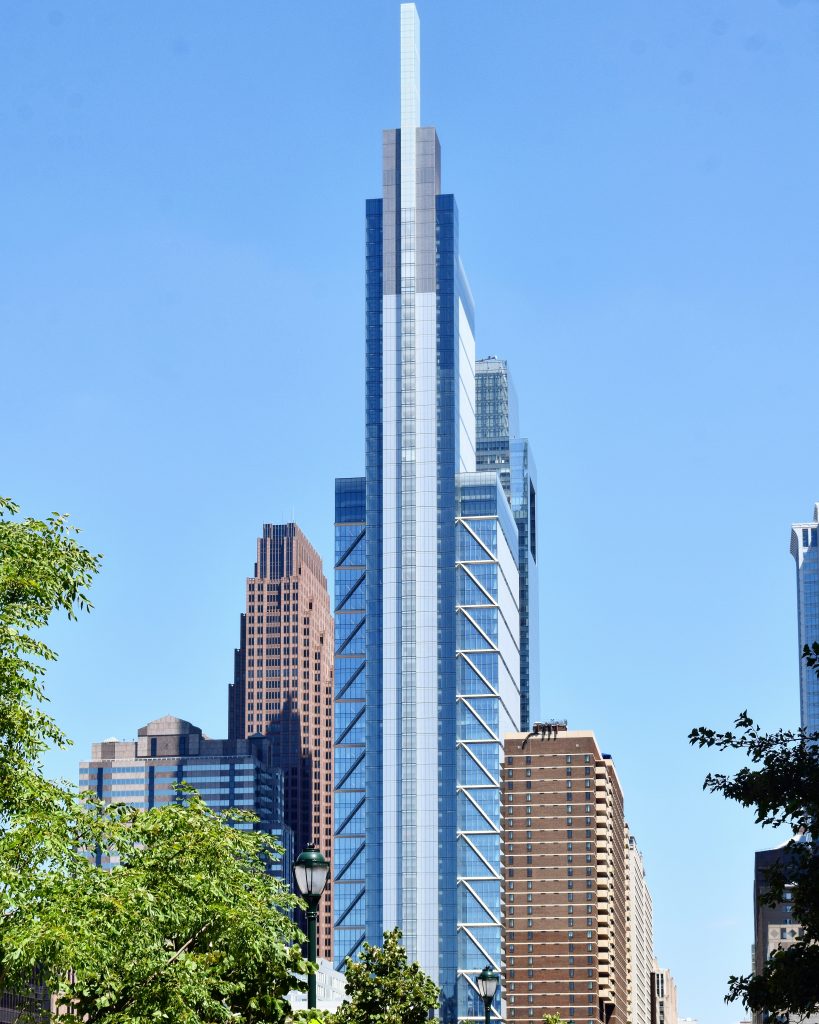 While each and every structure on this list is incredibly important to the Philadelphia Skyline, no single tower stands a chance against the Comcast Technology Center as the most crucial to the skyline. Finished in 2018, the tower is now the tallest building in the city and the tallest building in the USA outside of New York and Chicago. With a height of 1,121 feet and 60 floors, the tower makes the category of a “supertall” skyscraper, which is a category of skyscrapers that stand taller than 300 meters, or 984 feet. A further look into the history and impact of the tower is available through a former Philly YIMBY feature story published in November.

Norman Foster designed the supertall, which features a gorgeous design utilizing a mostly all glass façade with white cladding running horizontally in the north and south faces of the tower and former large X’s on the eastern side. A “lantern” runs from the very bottom of the tower to the pinnacle, and is the highest point of any skyscraper in the city. 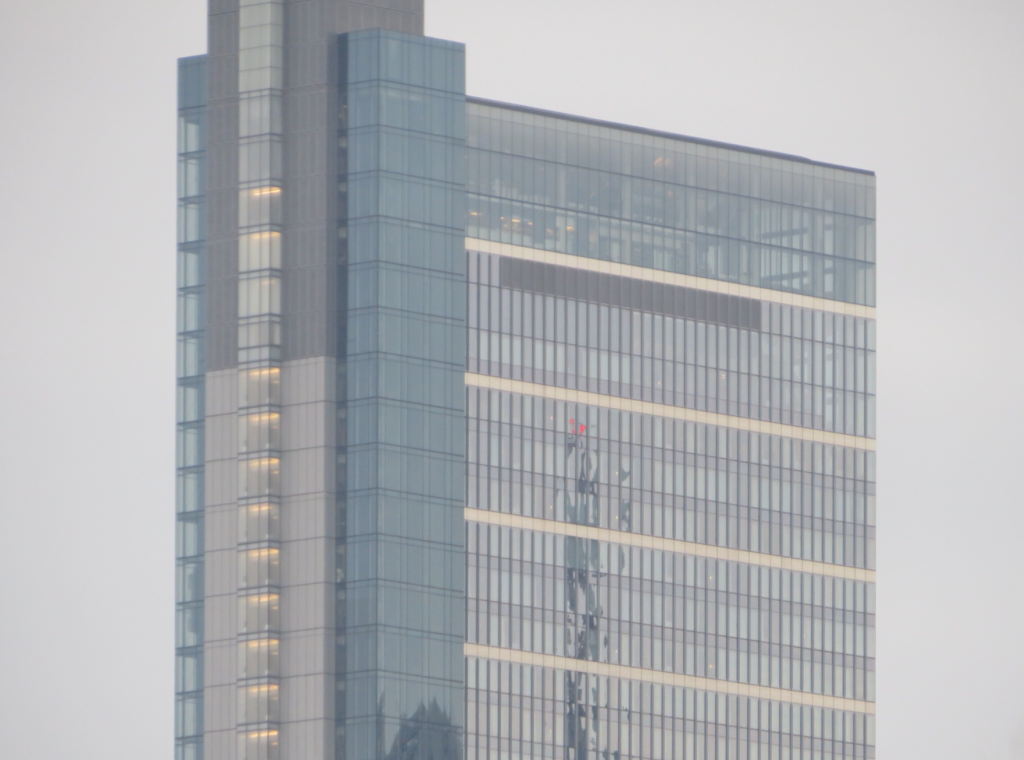 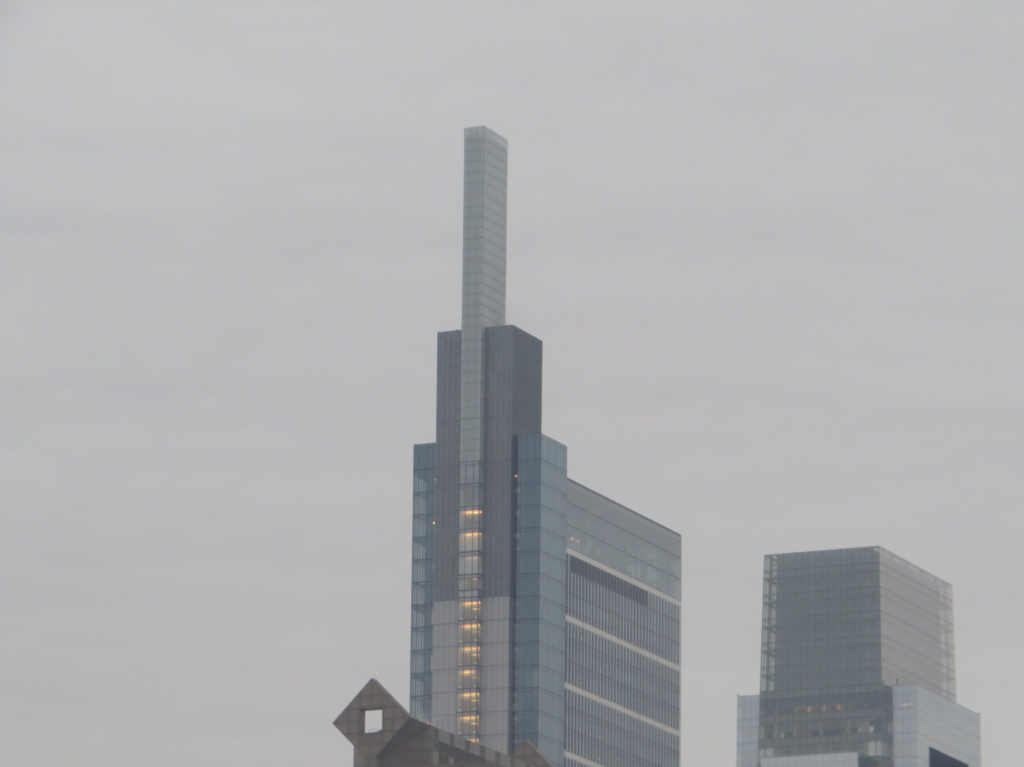 View of the CTC’s pinnacle from the Walnut Street Bridge. Credit: Colin LeStourgeon. 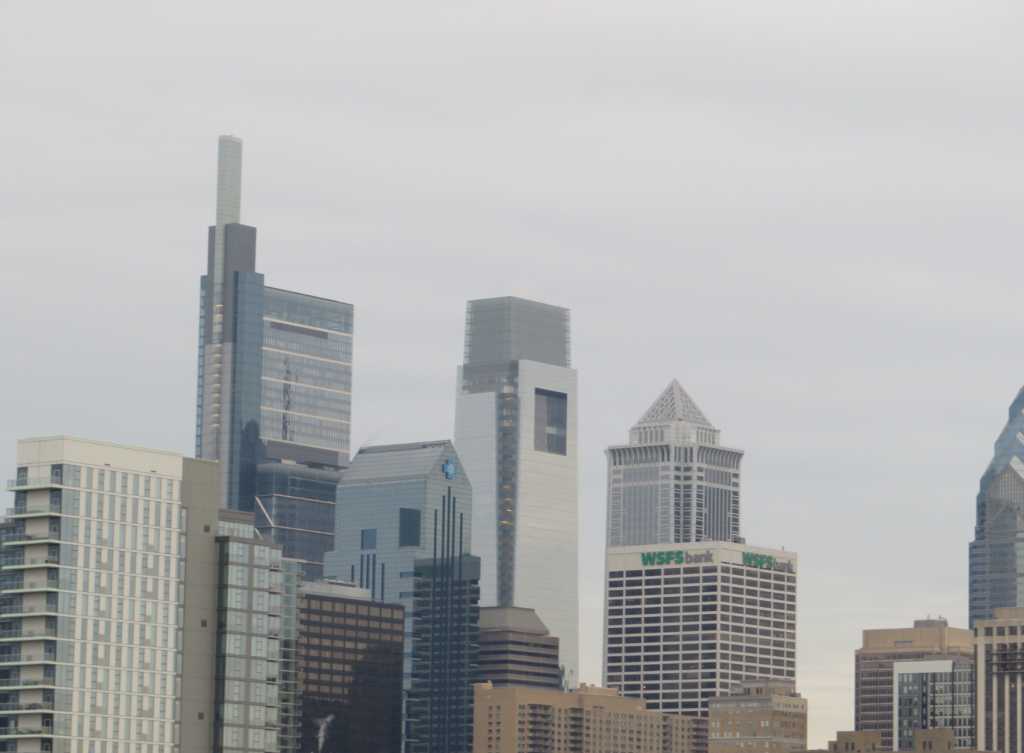 View of the CTC from the South Street Bridge. Credit: Colin LeStourgeon. 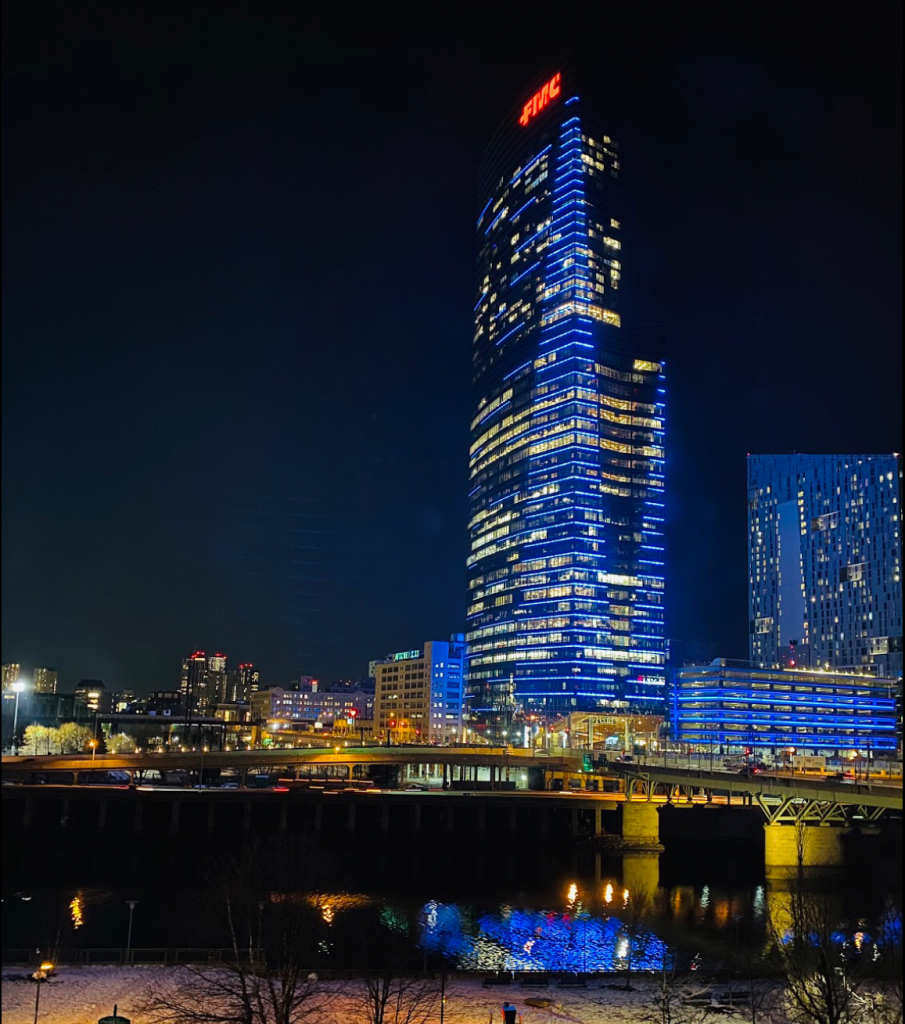 FMC Tower after dark as seen from the Schuylkill Riverbank. Credit: Colin LeStourgeon.

From its perch on the Schuylkill River, the FMC Tower easily stands as University City’s tallest building, surpassing neighboring Evo at Cira Centre South by 406 feet. The massive tower brings 49 floors and a 736 foot height to the Philadelphia skyline, the second tallest building completed in this Era of construction and is now the seventh tallest building in the city. Slightly conflicted information is available in regards to its height, as other sources claim the building is six feet shorter than previously mentioned, with a height of 730 feet. Whatever the case, the skyscraper is clearly one of the most impactful developments the city has ever seen, extending the Philadelphia skyline to the west and bringing massive height west of the Schuylkill, an accomplishment that was once unimaginable.

The tower, which was designed by Cesar Pelli, features an attractive all glass façade, with jagged angles located in certain sides of the structure giving it a futuristic look. The building towers off at a midpoint and a thinner portion of the skyscraper rises to the full height. The building is filled with office and hotel space today. 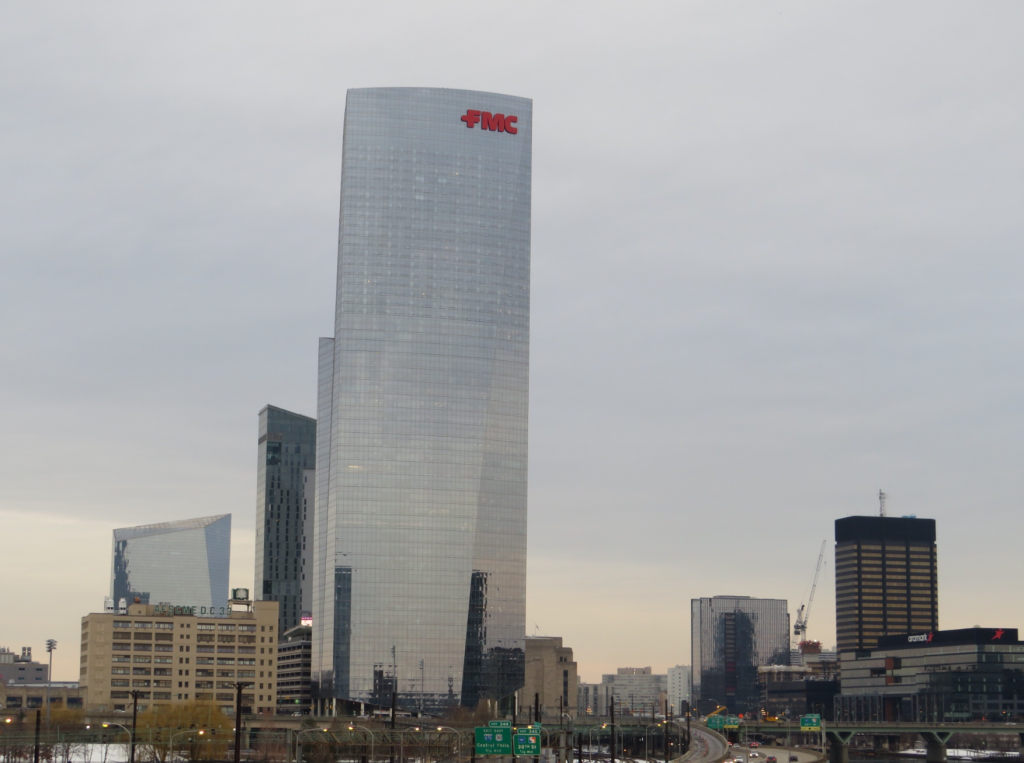 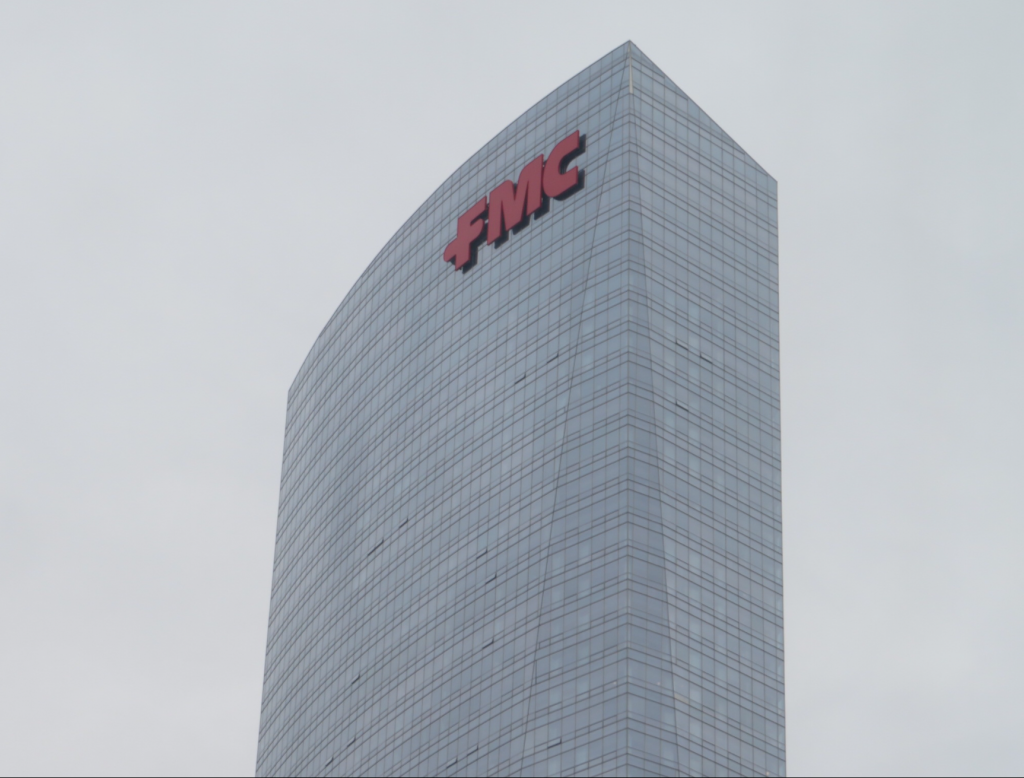 Closer look of the building’s design from the Schuylkill Riverbank. Credit: Colin LeStourgeon. 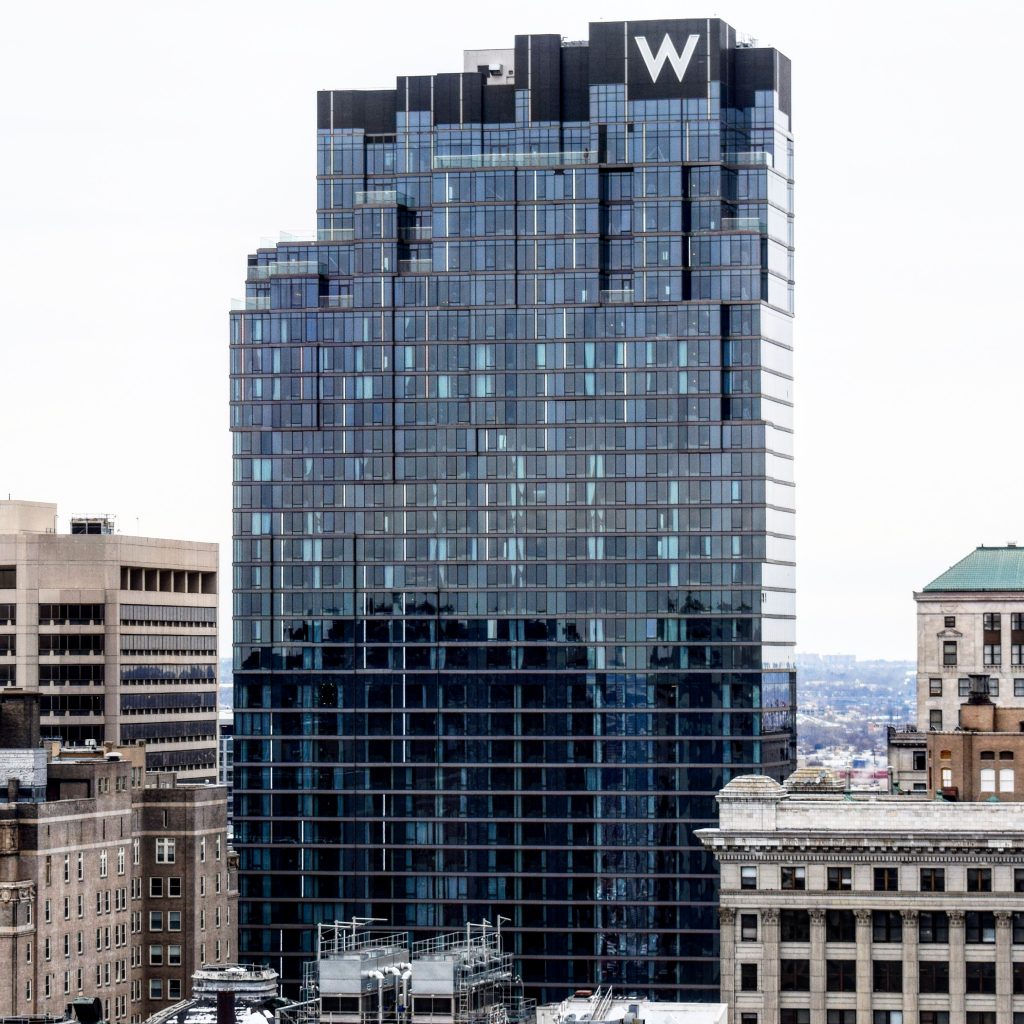 Although the full tower has yet to be completed, with brand new delays pushing the Westin’s opening to April and the W’s to May, the full height and façade features having been been achieved, the skyscraper is completed from a skyscraper view stand point, allowing it to make this list. The building stands 617 feet tall across 51 floors, making the top ten list as the ninth tallest building in the city. Designed by Kohn Peterson Fox, the south face of the tower features an all glass design with a rippling features toward the top, helping the massive tower stand out from the surrounding towers of the skyline. 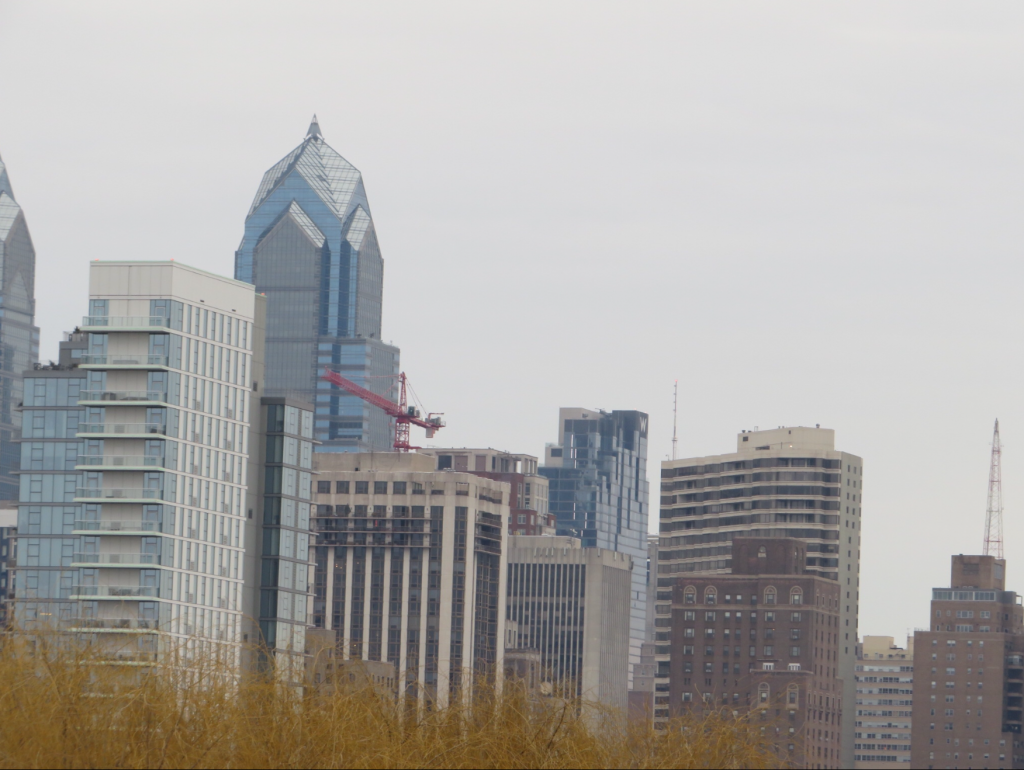 The W Hotel as seen from the South Street Bridge. Credit: Colin LeStourgeon. 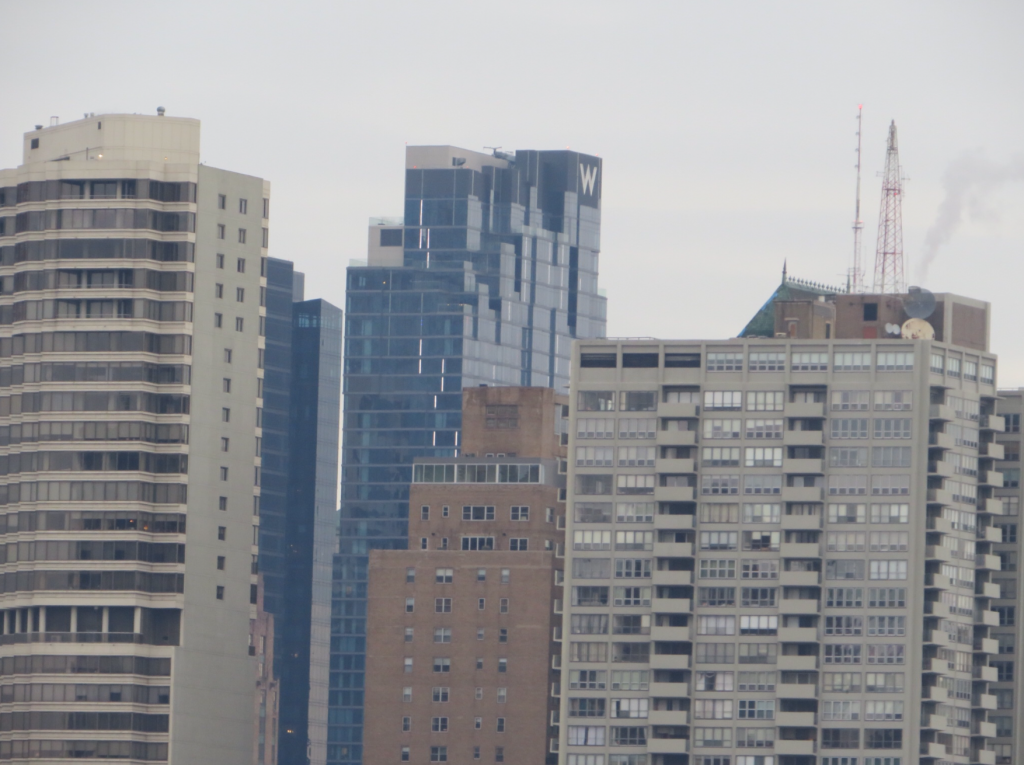 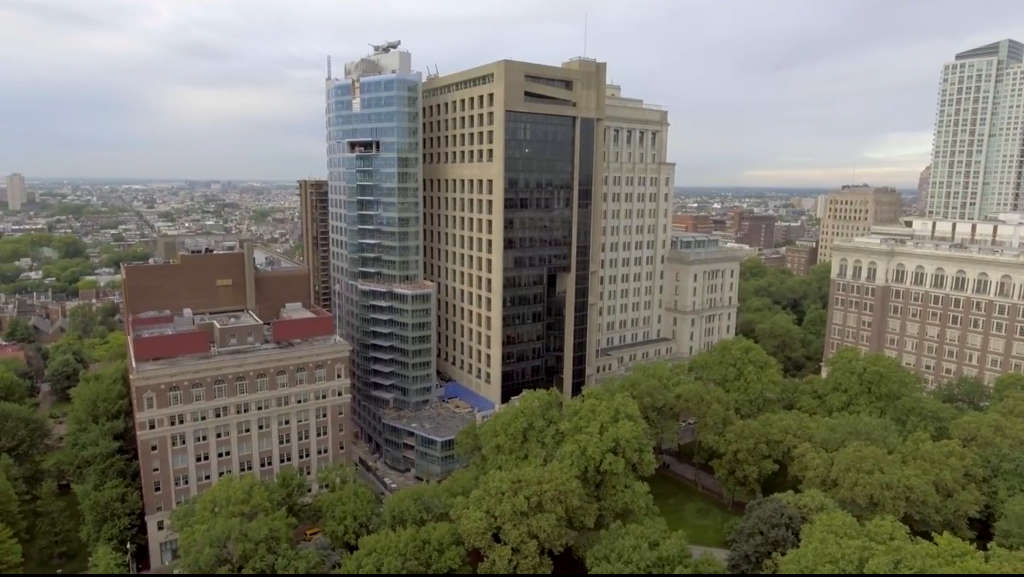 Aerial view of the skyscraper. Credit: Philly By Drone.

Standing over the Old City Skyline, 500 Walnut brings what could become a new reality to the Philadelphia skyline: Luxury Living along the Independence Mall. With its height of 380 feet across 26 floors, units of the high-end skyscraper broke city records with their selling points. Designed by Cecil Baker and Associates, the tower offers a rich all glass façade to the north and east, with gray cladding forming grids on the tower on the south side. While the height of the project is nothing spectacular, the tower makes this list due to its presence in one of the most taken photos in the city. Pictures of Independence Hall from the north looking south are very common, and this new super structure sits directly in the back left of the frame, forever changing the iconic Philly view. 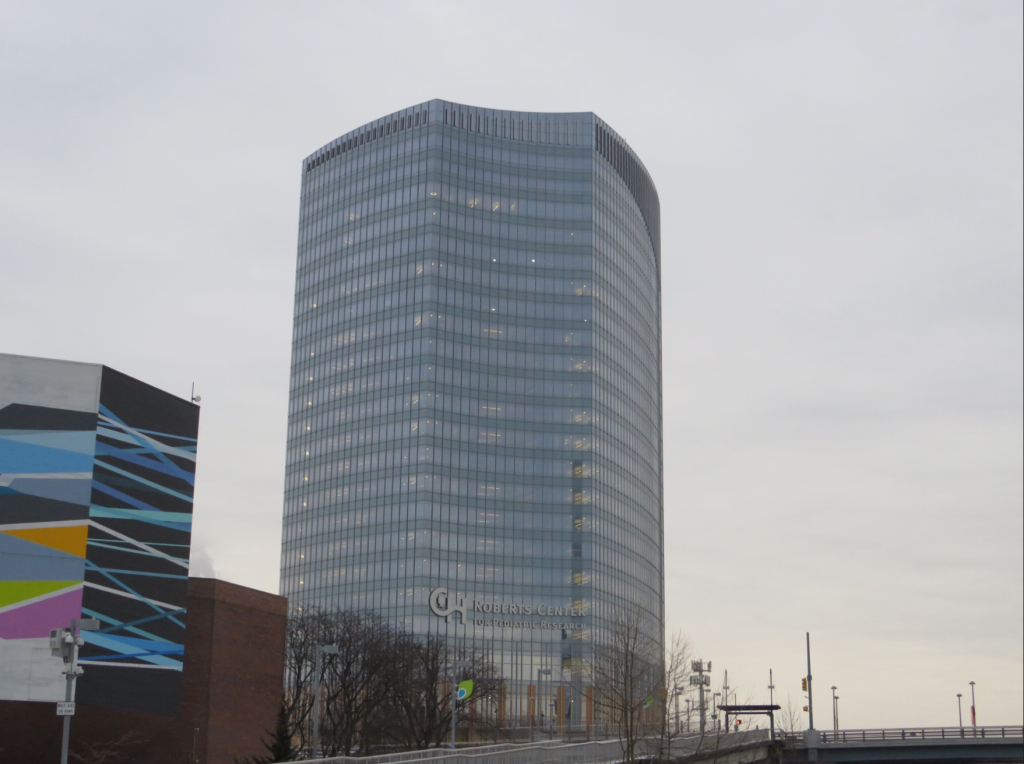 View of the Roberts Center from the Schuylkill River Trail. Credit: Colin LeStourgeon.

While it is far from being the tallest building in Philadelphia, The Roberts Center is one of the southernmost skyscrapers in Philadelphia, sitting just south of South Street, and is taller than all buildings farther south. With a finalized height of 375 feet, the 23 story tower is used today as a research facility for CHOP. The building, which was designed by Ballinger features a nearly all glass façade, with gray accents located at the top of the tower and columns of orange cladding at the bottom. The tower also helped improve the streetscape of the neighborhood or hood, bring with it an abundance of garden/park space surrounding the tower and offering a new entrance to the Schuylkill River trail. 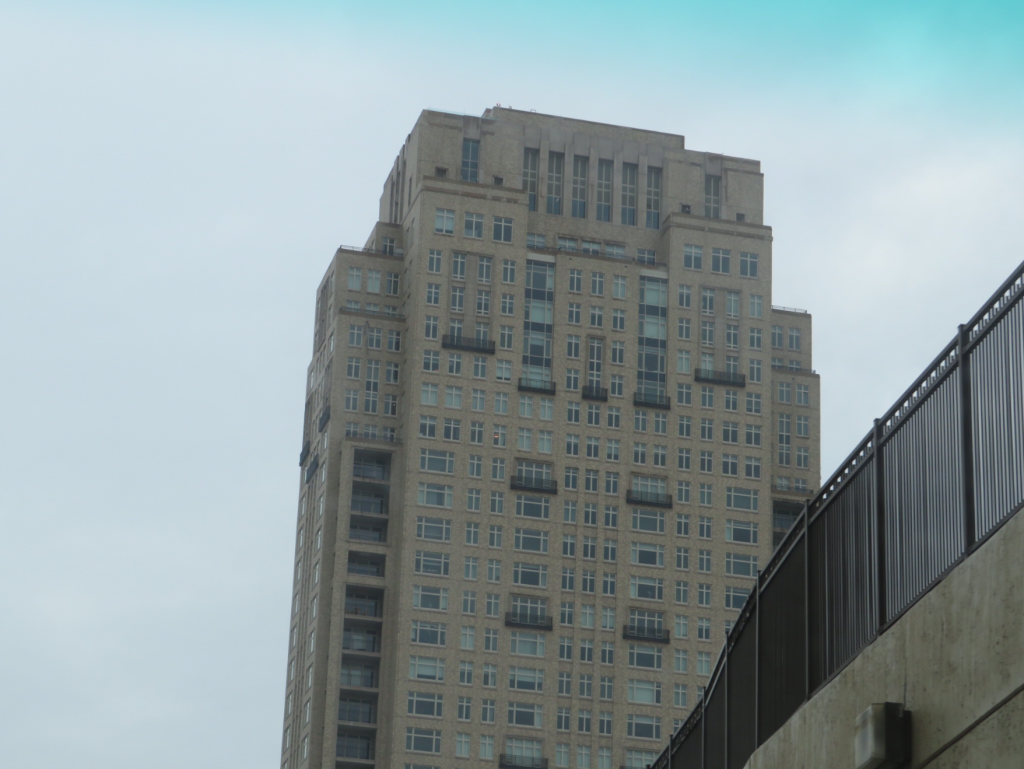 Looking up at the Alexander from the Vine Street Expressway. Credit: Colin LeStourgeon.

Towering over the Vine Street Expressway, The Alexander now stands as the most prominent structure north of the Vine Street Expressway, slightly edging over the Inquirer Building and bringing 32 floors and 370 feet of height to the northern portion of the skyline. The building houses a massive Multifamily interior. Robert A.M. Stern created the design for the tower. The tower brings the skyline back to its historic roots, featuring an Art Deco façade with a brown brick façade and elegant crown located atop the structure as it thins until reaching its full height. 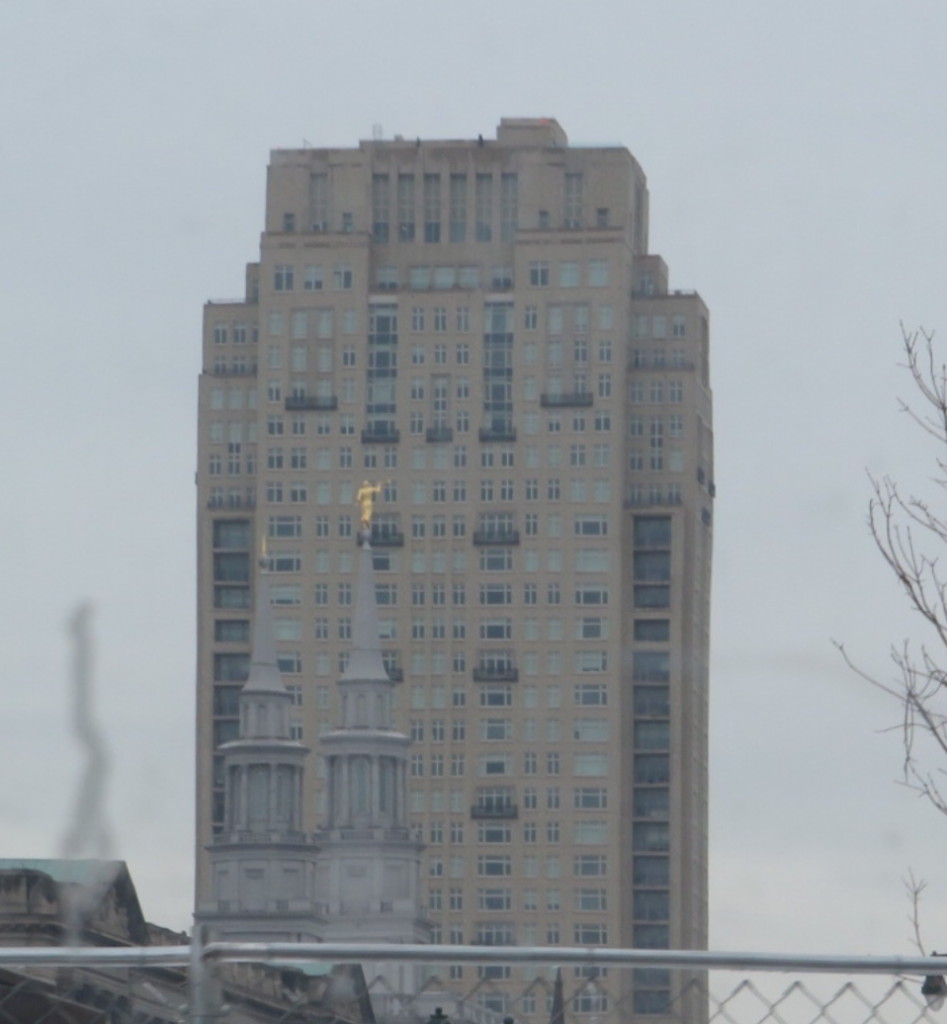 Looking down the Vine Street Expressway at The Alexander. Credit: Colin LeStourgeon. 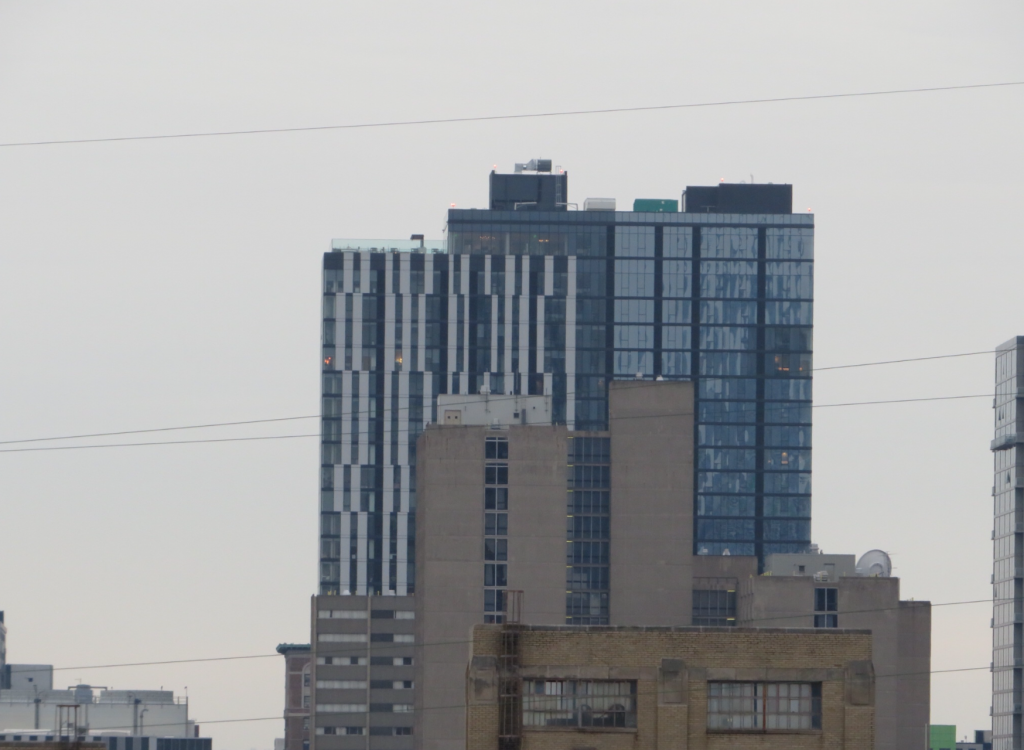 Located in the main downtown area of University City (West of 34th Street, East of 38th street, north of Walnut street and south of Lancaster Avenue), 3720 Chestnut Street stands the tallest, just beating out nearby 3601 Market Street, another tower completed since 2017, by 24 feet. The building stands 29 floors and 344 feet tall and completion was reached over the last summer. The design by SITIO Architecture features a mostly all-glass tower, interrupted with portions of  white and black cladding, giving the building a very modern and attractive design. The portion of the tower to the farthest point north stands as the most prominent section of the building, belong make the structure stand out from the street in all directions. The tower is used for residential space. 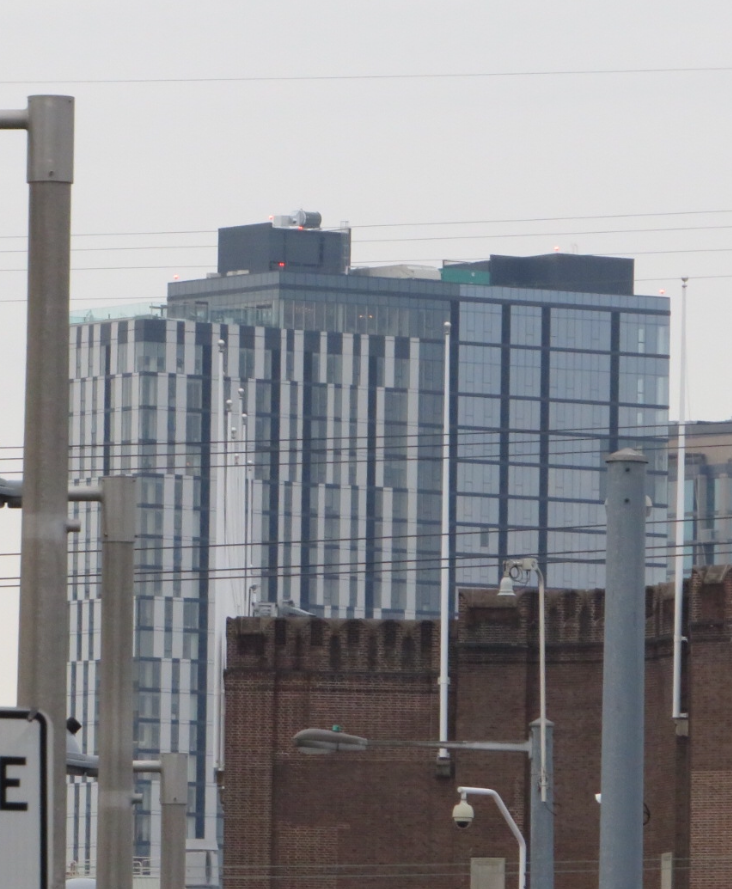 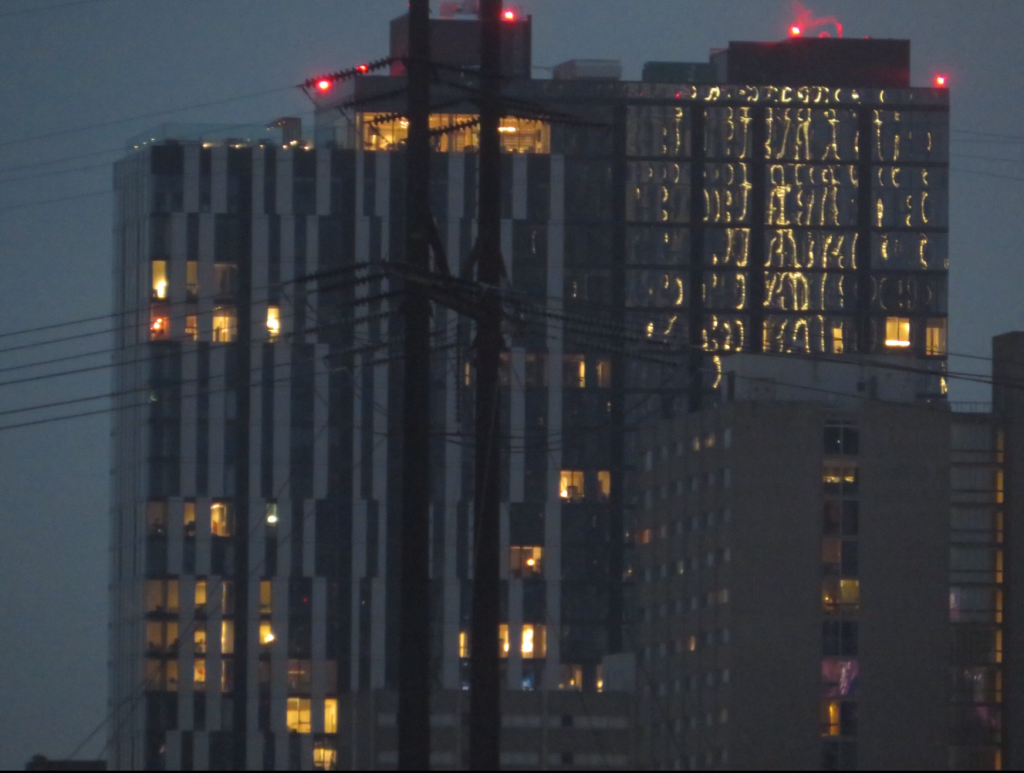 View of the Pavilion from the Schuylkill River trail. Credit: Colin LeStourgeon.

Another University City tower, the Penn Medicine New Patient Pavilion stands as the tallest superstructure in the Hospital Cluster of University City (Between South Street, the Schuylkill River, and South University Avenue). The building beats out the neighboring Penn Medicine South Tower, which stands 302 feet tall and is yet another building finished in the current era of the Philadelphia skyline. The tower is just one foot shorter than 3720 Chestnut Street, with a height of 343 feet off of 17 floors. The tower opened up to the public earlier over summer, and was designed by Norman Foster. The building slightly resembles a ship, with its rounded design featuring rows of maroon steel cladding and windows. The building is more easily viewed from the Northern Side, where it dominates over Franklin Field, offering unobstructed views of the tower. The tower is used as a hospital. 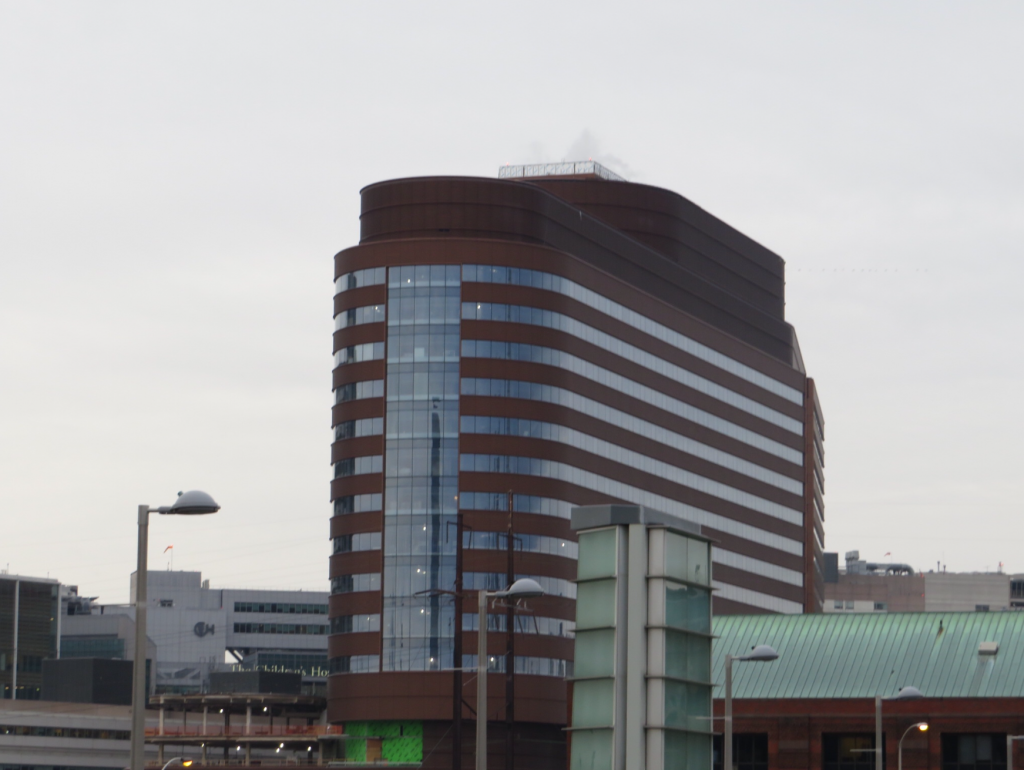 The tower from the South Street Bridge. Credit: Colin LeStourgeon.

This feature only included completed projects since 2017, and only a fraction of the total amount of skyscrapers that have shaped today’s skyline. Many more proposed and under construction buildings will help shape a future Philadelphia skyline, and could be a feature story that Philly YIMBY brings to readers in the future. A shocking fact about the skyline that demonstrates the extreme growth in recent years is that many of these mentioned towers replaced other buildings finished recently as the tallest in their respective neighborhoods in the city.

What is your favorite recent skyline addition?