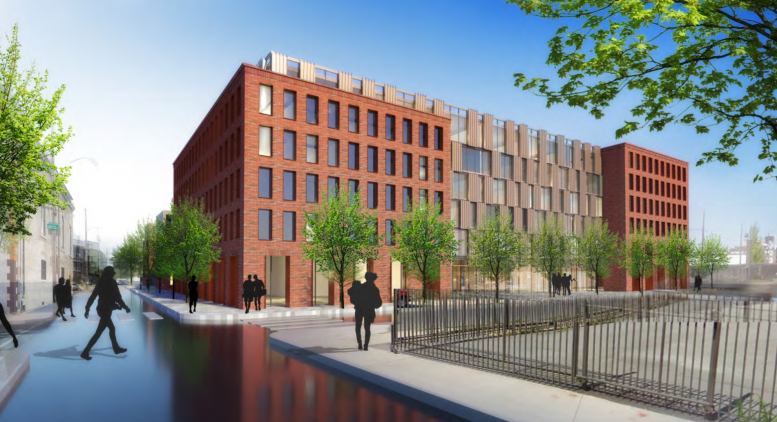 (Potential) Rendering of the development via SITIO Architecture.

Permits have been issued for the construction of a new mixed use development at 175 West Oxford Street in the neighborhood of Olde Kensington. Upon completion, the new building will stand six floors tall, with multiple commercial spaces set to occupy a large portion of the building. Additionally, 128 residential units will be included in the development, and it will also feature a green roof. An accessory parking garage will serve residents and attract more interest to the development. In total, the structure will hold 109,561 square feet of space and cost an estimated $11 million to build.

The development, designed by SITIO Architecture, went to the Civic Design review back in November of 2019, offering a look into what the project could look like upon completion. The development was supposed to hold 159 residential units, with 132 coming through a new six floor building. Therefore, the structure has undergone a slight redesign with four fewer units, and it will potentially look different upon completion. The other buildings in the development were not included in the specific permit. 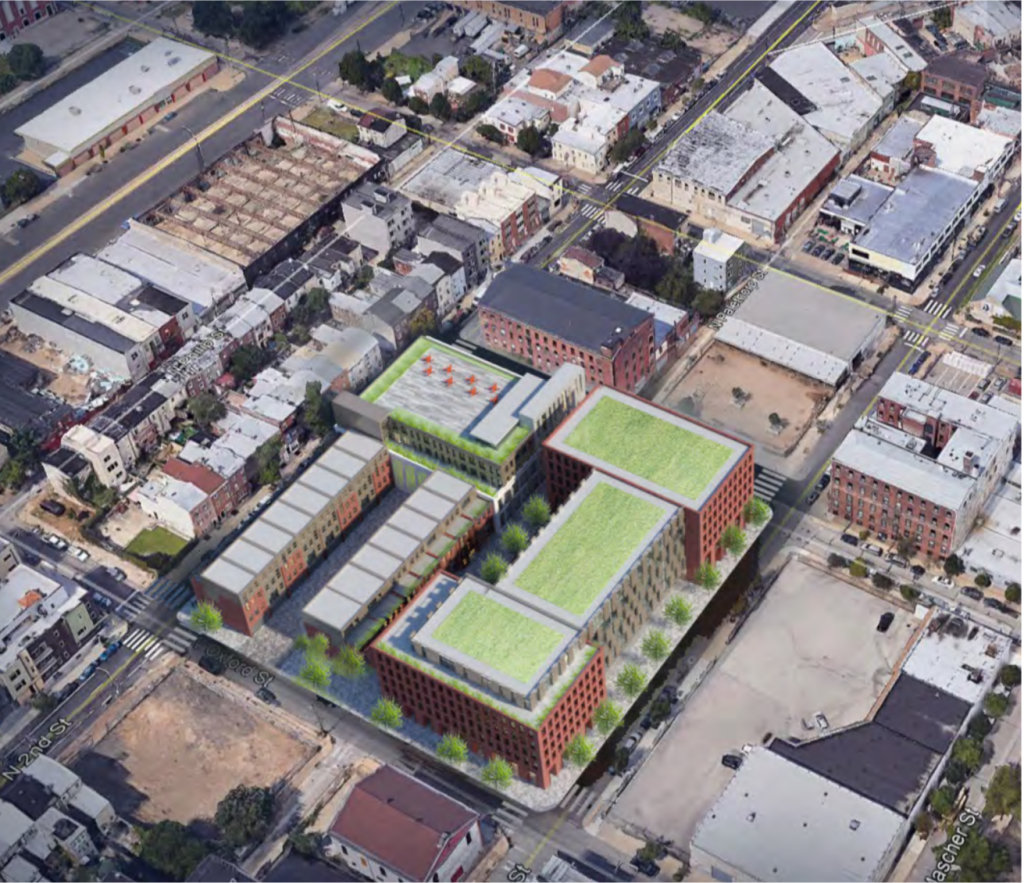 (Potential) aerial rendering of the development via SITIO Architecture. Building is shown on the right side of the block.

If the building does turn out similar to the prior renderings, then it will feature a stately and modern façade mostly comprised of brick and gray cladding. Designed to fit in with the surrounding historic industrial structures, the two ends of the building would feature brickwork and be bridged by the modern looking portion of the project constructed of glass and gray cladding in an alternating pattern. Street trees would also be planted around the project.

Though it is unfortunate that the development has appeared to have been slightly downsized, the loss of four residential units is not a significant one and won’t be a negative impact to the development unless it loses its current façade iteration. The new building will be rising on vacant land, part of a grassy field that occupies the majority of the block. The only other structure is a former two floor industrial structure that has now been converted into a commercial space. If the full development is realized, the building would see a two floor addition to add more residential units to the block, while the remaining grass parcel would be developed into modern townhomes.

YIMBY will keep readers updated on the project as it progresses toward completion.