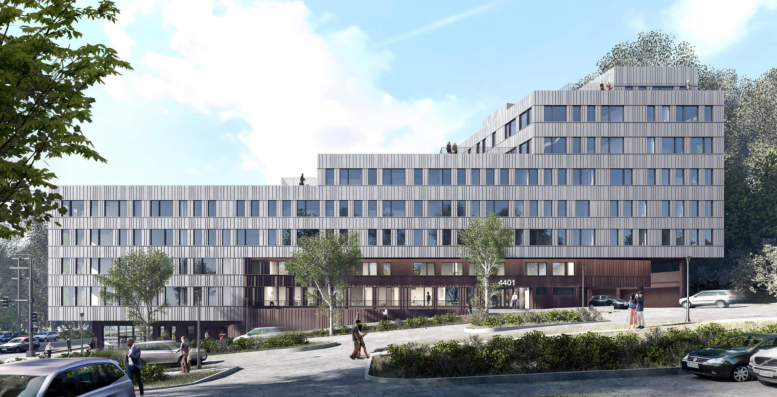 New renderings for an updated design have been revealed for 4401 Ridge Avenue in East Falls, Northwest Philadelphia. The massings remain the same, so there was no change to the overall density of the project. The 178,837-square-foot building will still hold 185 residential units, which will include 34 studios, 117 one-bedroom apartments, and 34 two-bedroom units. A 4,760-square-foot commercial space will be situated at the ground floor, as well as space for 189 cars and 62 bicycles. 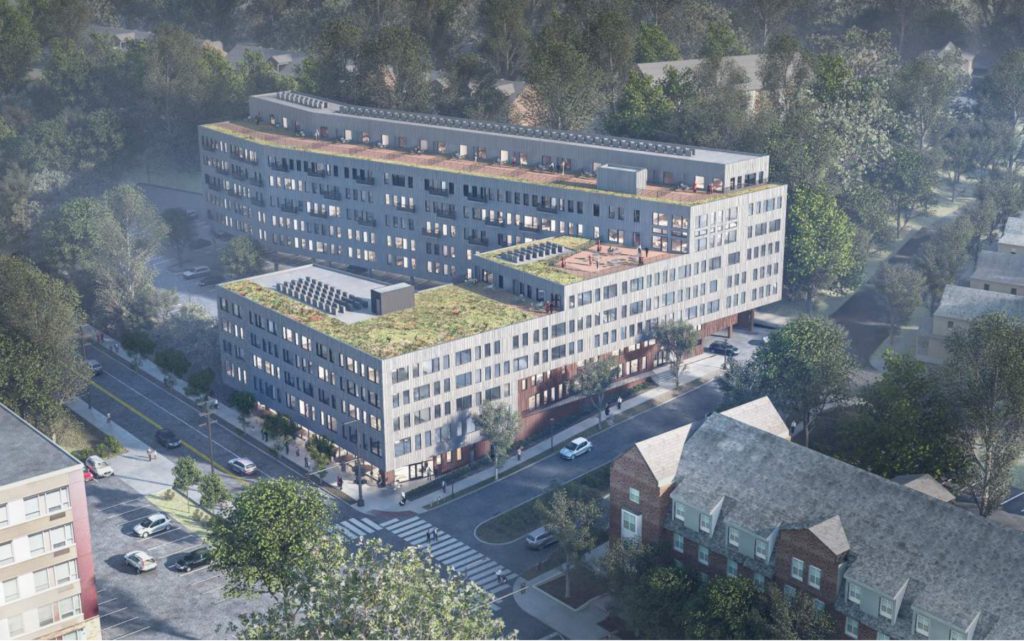 As noted above, the building still holds the same massing and so the structure still resembles the previous iteration of the design which can be seen in YIMBY’s previous article on the project. Whereas the old design featured dark gray cladding, the new design brings a lighter shade of gray, giving it a brighter appearance. New red cladding has also been added into the design. Additionally, the green roof space on the top of the building was expanded. Finally, balconies were also added to the project on the longer side of the building situated on the hill. 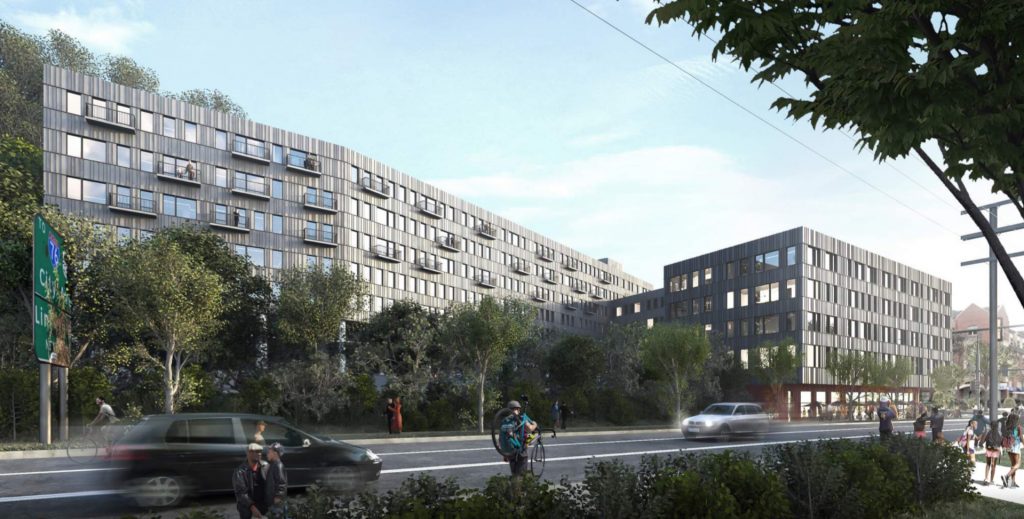 Although somewhat similar, the new design brings a sleeker, more eco-friendly structure to the site. Additionally, the new building will have a more detailed exterior that includes more features on the exterior of the structure. The density that will be brought to the area will help extend and support the East Falls commercial district core. 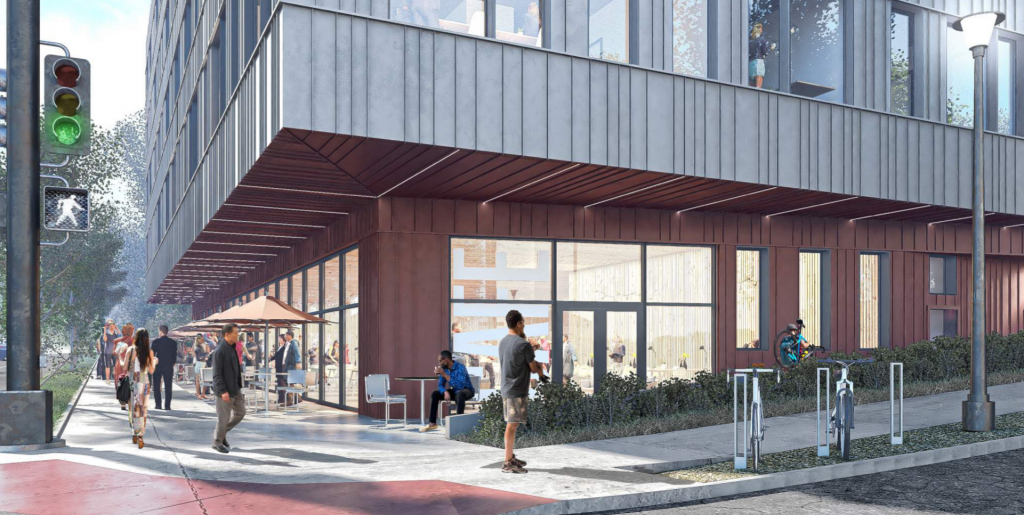 Transit access is offered just a short walk away from the development to Regional Rail via the East Falls station. Additionally, an abundance of green space is accessible just steps from the future building including the Schuylkill River Trail as well as Wissahickon Park, each offering some of the most desirable urban green space in the city. 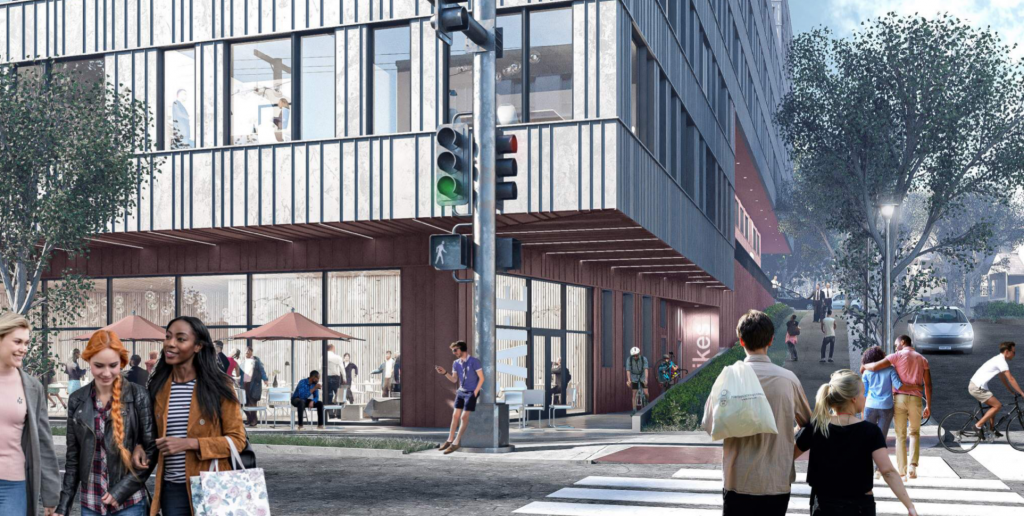 No completion date for the project is known at this time.