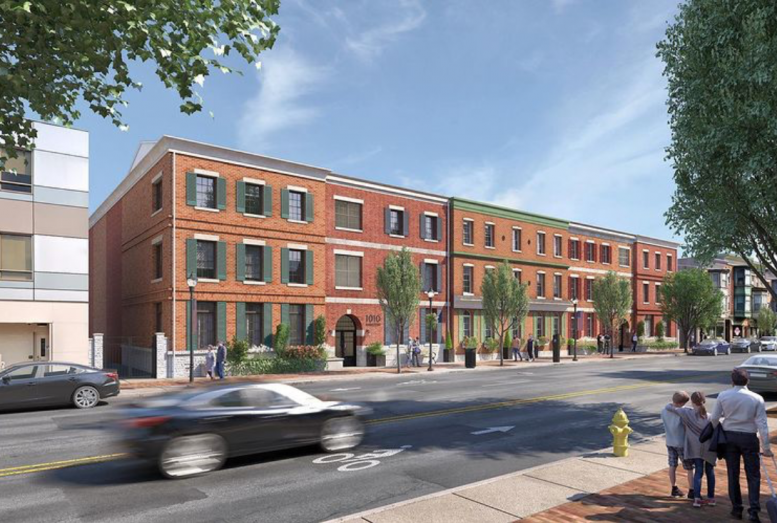 Renderings have been revealed for a large multi-family development at 1010 Hamilton Street, dubbed 1010 Apartments, in Allentown in the greater Philadelphia metro area. The structure will rise three stories tall upon completion, with 88 residential units. The units will be a mixture of studio, one-bedroom, and two-bedroom apartments. Surface parking and storage space for residents will be included in the development. 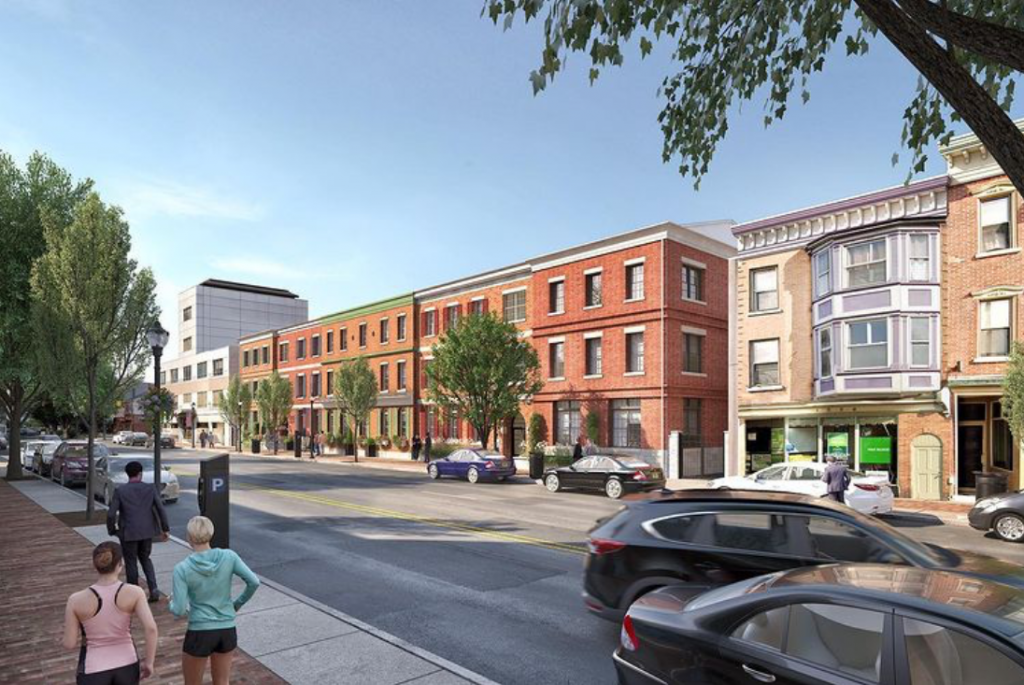 The new building will feature a stately façade that is designed to look like multiple, separate buildings. Brick is used as the primary material on the exterior and is used throughout the entirety of the design. The building will feature an attractive cornice as well as shutters and archways in locations that add more texture to the design. The building appears like a string of row-houses which helps it fit in with its surrounding area. 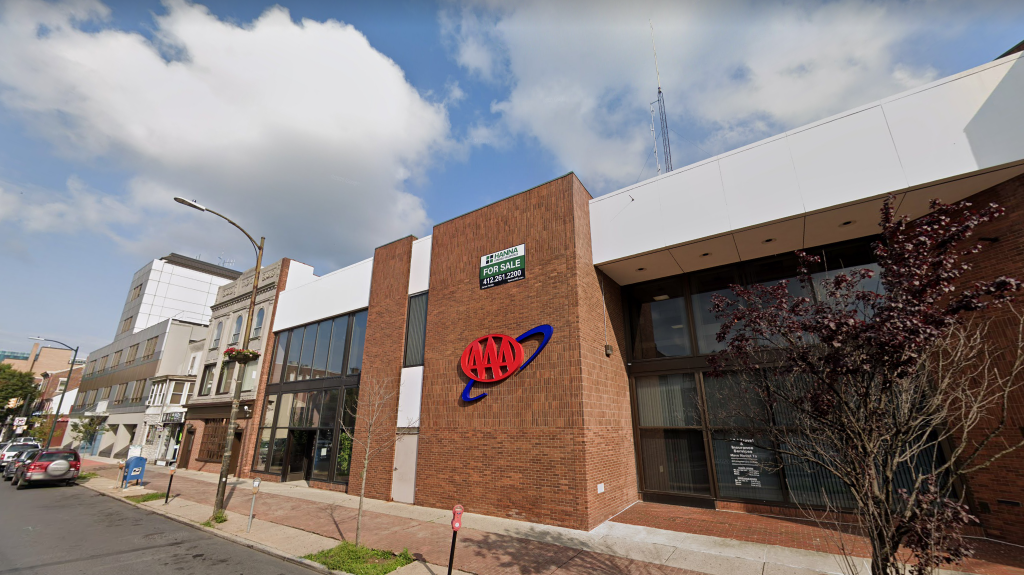 View of the site. Credit: Google.

The new building will be replacing a row of four buildings. The largest of these structures is  a sprawling AAA facility. It features a bland design with white concrete and brick mixed with dark gray glass. The three smaller buildings that will be demolished are the much more interesting structures of the foursome. One of said building is attached to the AAA facility and features brickwork in the ground floor as well as an ornate gray stone exterior on the upper floors, with additional detailings incorporated into its façade. The other two building share a white concrete exterior.

The new development will be situated in a very prominent location on one of Allentown’s most significant corridors in Hamilton Street as well as in the city’s downtown core, dubbed the “City Center.” The area has seen a large amount of development in recent years adding hundreds of thousands of square feet of residential and office space as well as hundreds of residential units.

Construction is expected to commence on the development in the fall of 2021.

2 Comments on "Renderings Revealed for 1010 Apartments in Allentown"