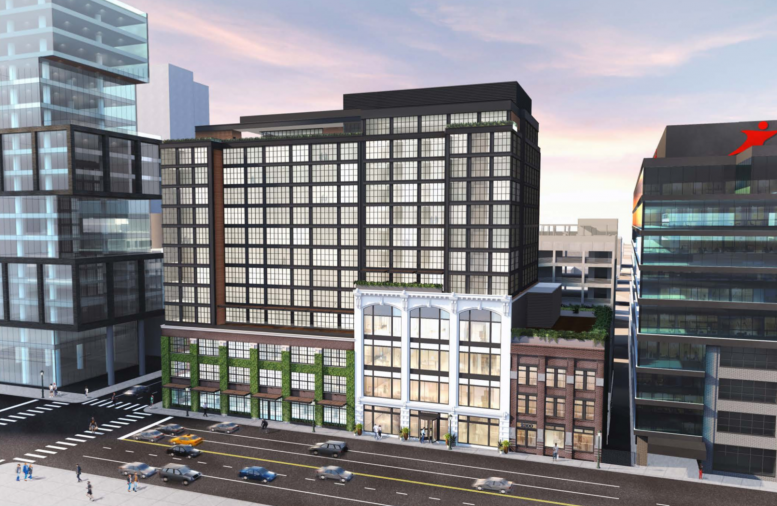 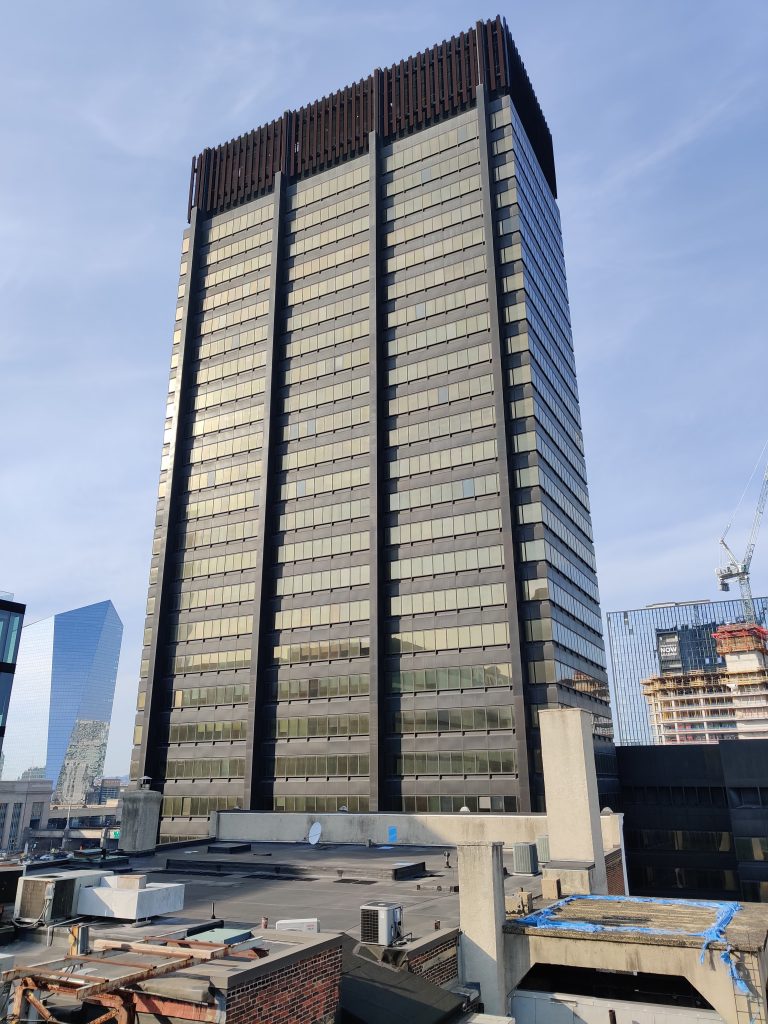 PECO Building with the roof of 2300-2324 Market Street in the foreground. Photo by Thomas Koloski

The building stands in a new hub where much new development is currently under construction and proposed. Just to the north of the site stands the PECO Building, which rises 384 feet tall and has been completed in 1970. To the east of the site is 2222 Market Street, a 20-story tower that is currently under construction with a recently erected tower crane. The building will also enhance the area with its glass and stone design and will be occupied by law firm Morgan, Lewis, Bockius LLP. Also in the area, a mixed-use tower dubbed 21M will rise at 2100 Market Street and a residential tower will rise at 33 North 22nd Street. 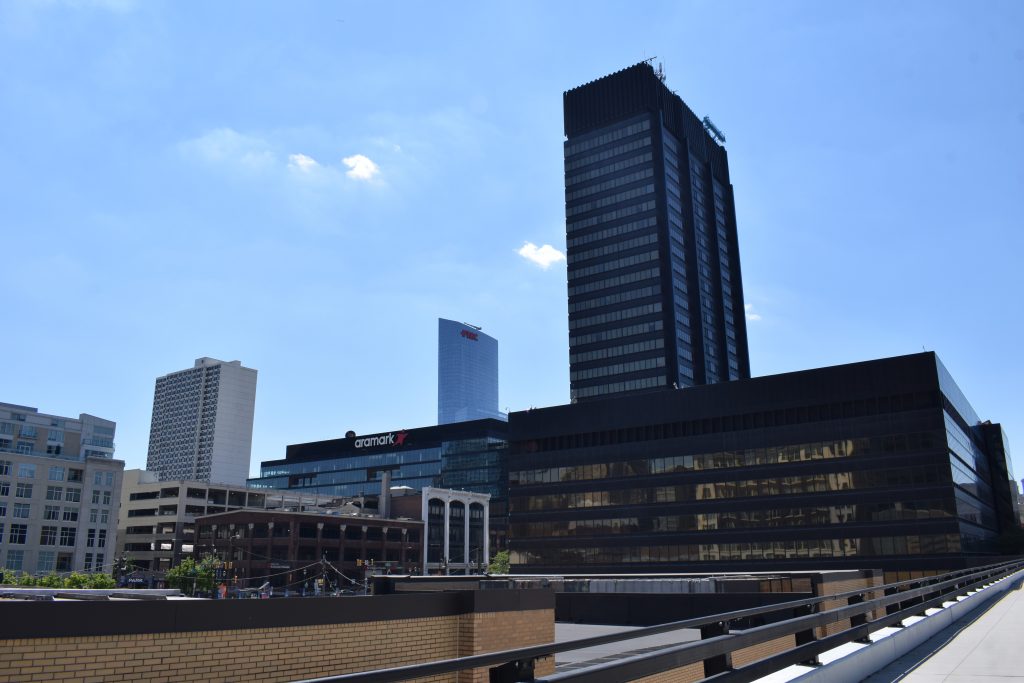 As mentioned above, the not one but two structures will have their exteriors preserved for the overbuild. Like the three overbuilds planned to rise in the Rittenhouse Square neighborhood (1810 Chestnut Street, 1826 Chestnut Street, and 113-121 South 19th Street), it is presumed that the two structures will have their currently existing floors demolished so room can be made for the vertical extension. New floors with new layouts of beams and the inclusion of a core will be constructed to support the floors that will rise above the existing structure.