The buildings will both feature typical plain warehouse exteriors colored in different ribbons of various shades of gray. Windows will be situated around the exterior in certain locations. 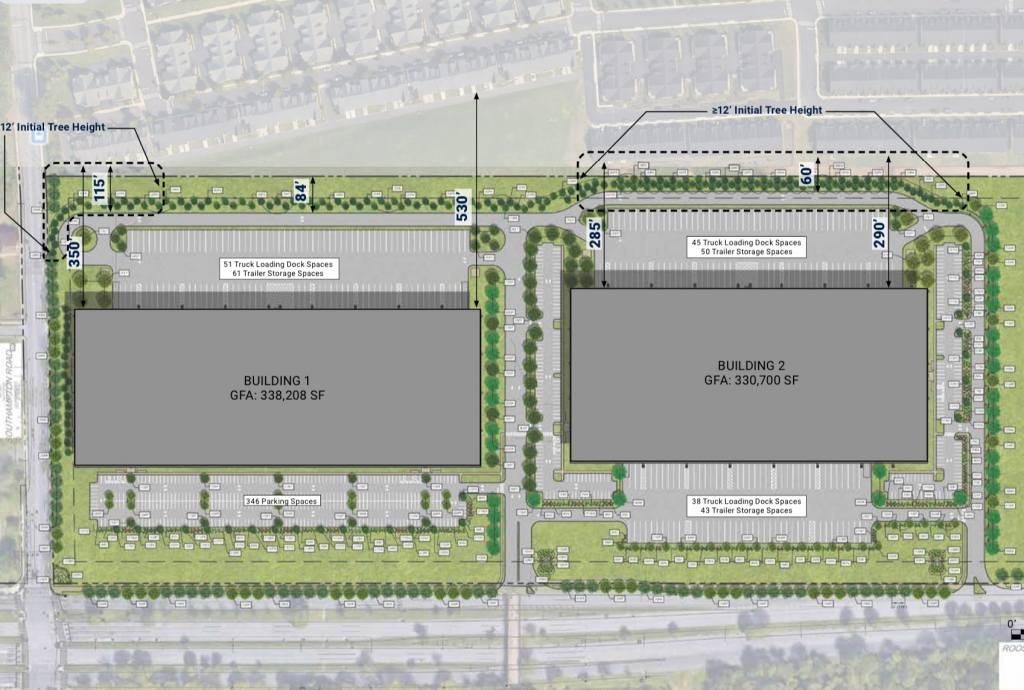 Diagram of the development. Credit: NORR. 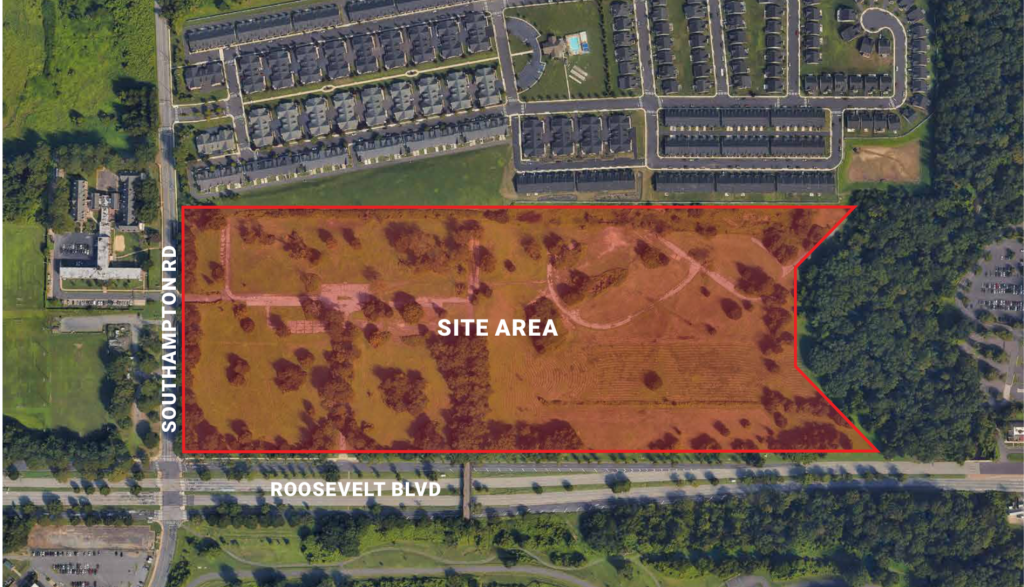 The new buildings will replace a large vacant swathe of land along the major Boulevard. The property is filled with grassy space and trees as well as concrete and asphalt remnants from the property’s past.

Although mundane in terms of both design and use, these new logistical giants have become a necessity in the modern world. Growing rapidly throughout the country and metro region, these new distribution centers are quickly becoming a common reality as online retail and delivery grow more and more popular. Many of Philadelphia’s new shipping space is rising around the Northeast Philadelphia Airport, and the area is quickly transforming into one of Philadelphia County’s main logistic centers.