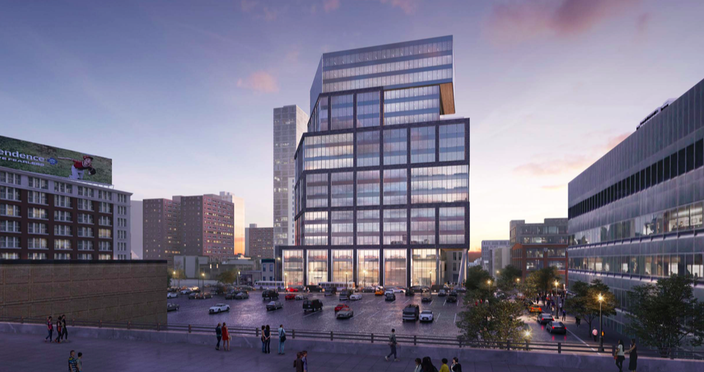 Just a month after the erection of the tower crane, the steel structure is underway at 2222 Market Street in Center City West. The building is one of many projects transforming the west side of Center City. Designed by Gensler, the structure will rise 318 feet and 20 stories high and will feature a modern mix of glass, metal, and stone cladding. The building is developed by Parkway Commercial Properties, which used to operate the parking lot that used to occupy the block. 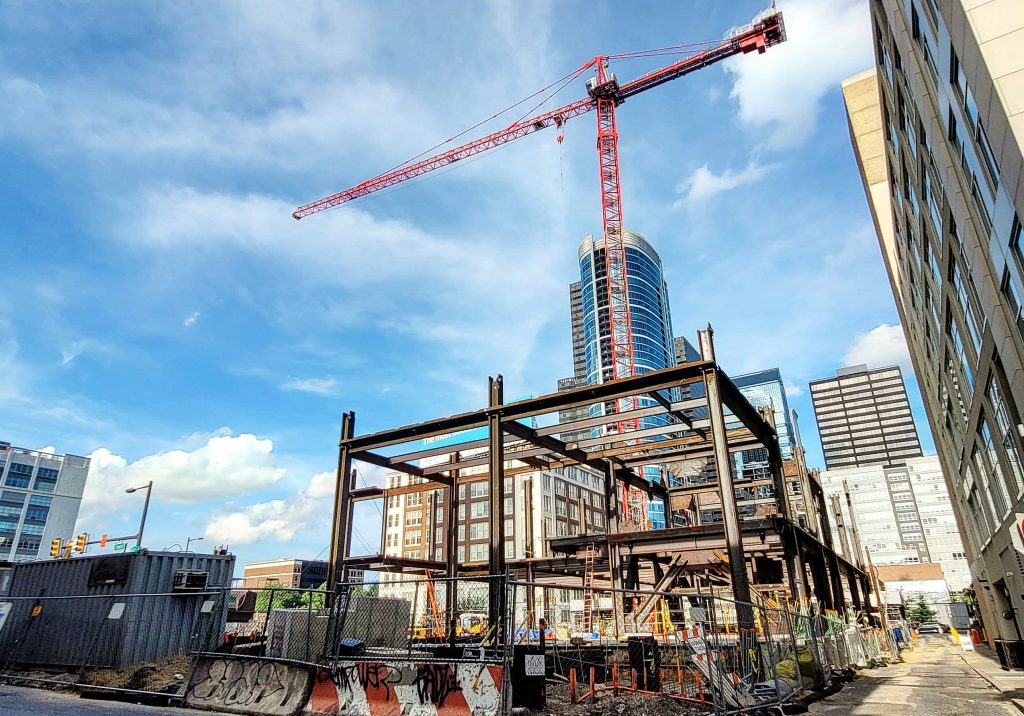 By the April update, the first section of the tower crane was spotted as it was set into the foundation. The majority of the excavation was completed, with piles of soil scattered the site. The foundation walls were underway, with a few sections already poured and dried. Additional concrete was poured on the south side of the site, starting the construction of the core. 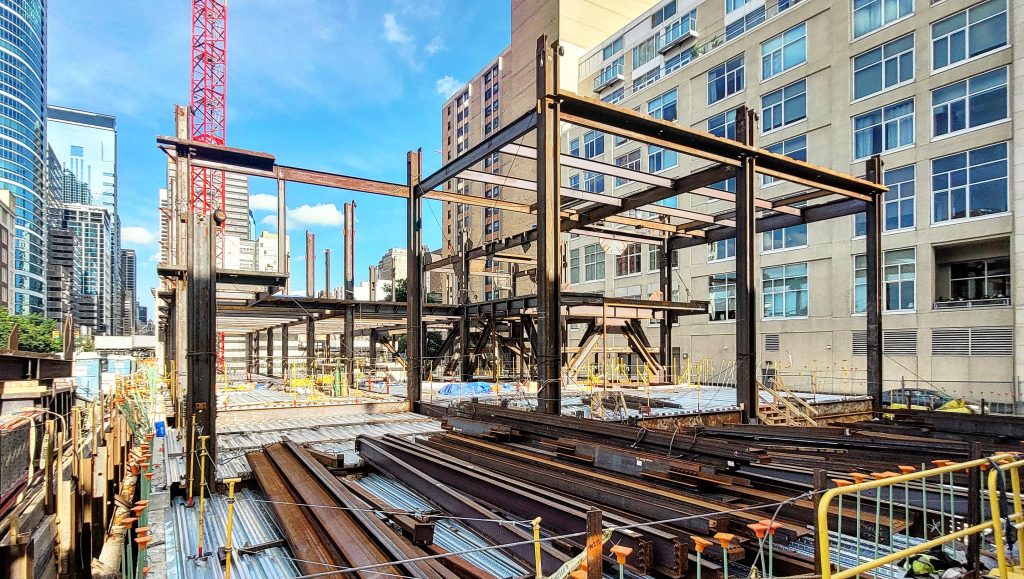 In the recent walk around the site, we noticed steel beams were first noticed from two blocks away to the southwest. Up close, the steel was observed to reach two stories in height, with the floor plates not yet completed. It is likely that the structure was put together in the last week, as it was also predicted in the last update that the building would be above ground by the summer. The large space for the future lobby is evident, and the next few floors will cantilever over the future plaza. The building may rise over halfway up by fall. 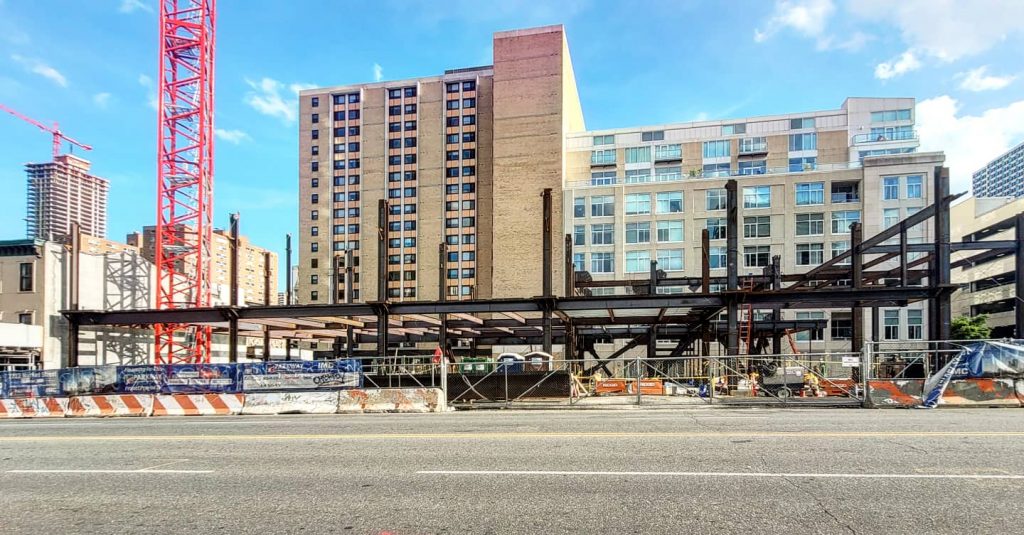