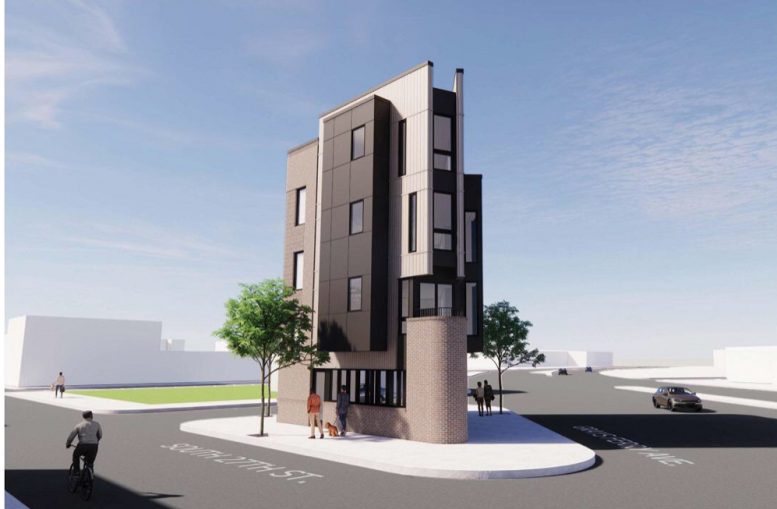 Permits have been issued for a two-unit mixed-use building at 2701 Ellsworth Street in Grays Ferry, South Philadelphia. Designed by Gnome Architects, the development will rise four stories tall and will hold a commercial space on the ground floor. The building will span 3,440 square feet of floor space. Permits estimate construction costs at $150,000. 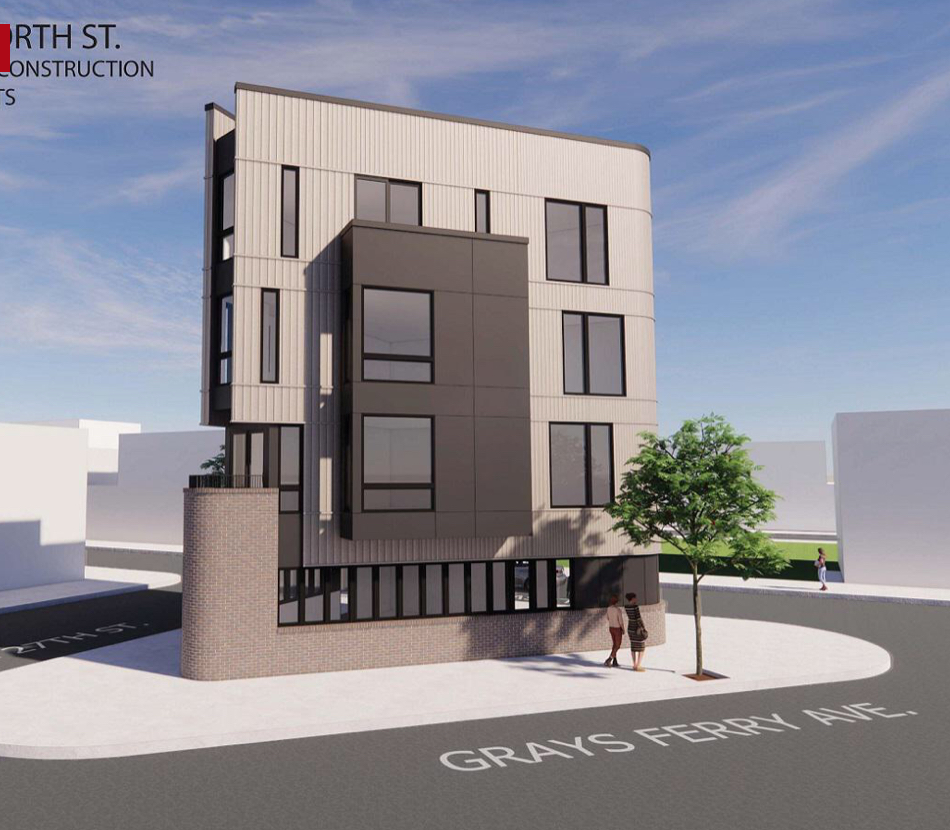 The building will feature a modern exterior with a mixture of materials that compose a single, cohesive design. Primarily, white-tan brick will be used, accented on rounded corners as well as covering a large portion of the design. Black cladding is also located on prominent locations, such as at boxed cantilevers and in a row on one of the corners. White metal paneling will also be used as an accent, and will cover a small, but noticeable portion of the structure. 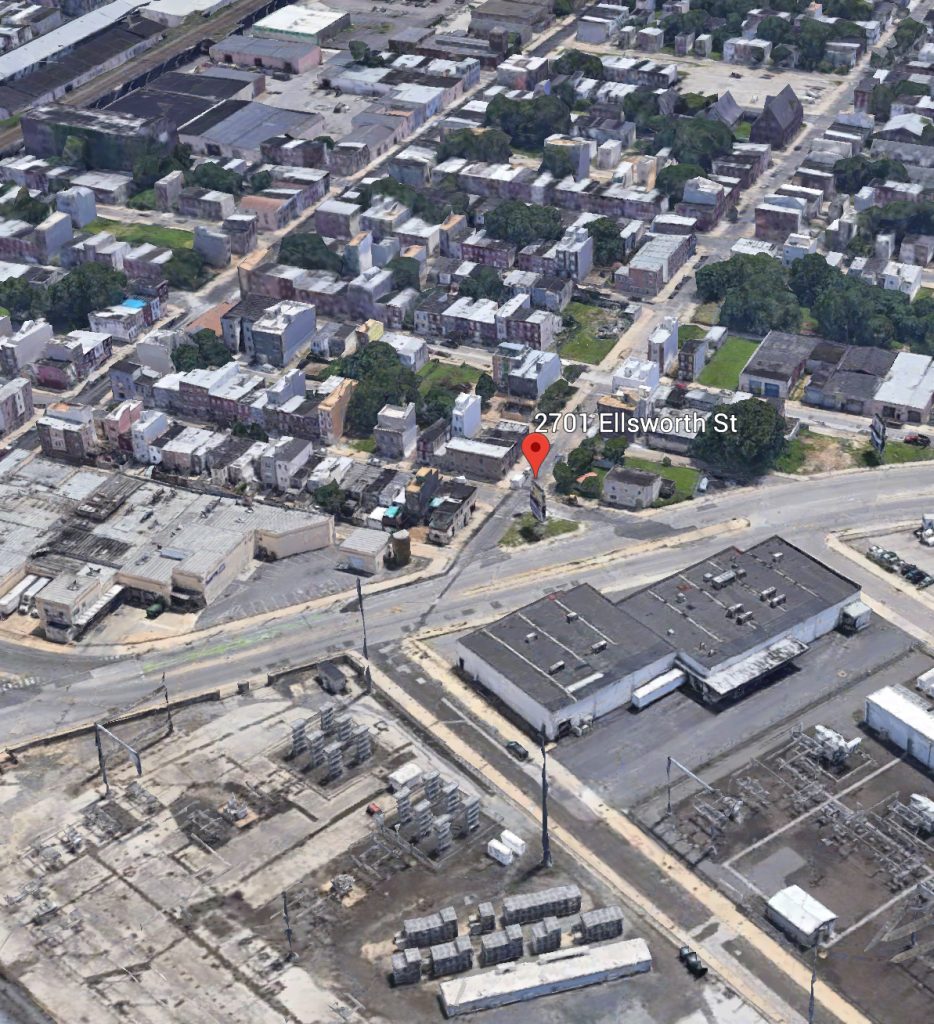 The building will replace a small, triangular vacant lot with street frontage on all sides. At this time, the property consists of a small patch of grass, with a billboard targeted to capture the eye of drivers passing along Grays Ferry Avenue. 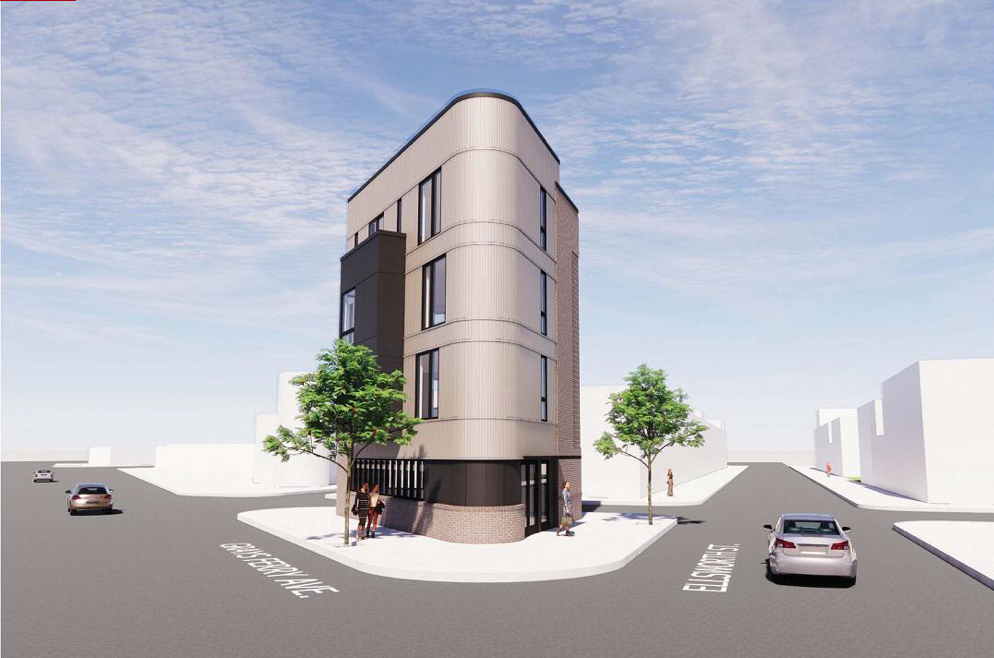 The new building will greatly improve the existing site for an assortment of reasons. First, it will add density, with two residential units added to a property that currently hosts none. It will also help urbanize Grays Ferry Avenue by adding density along the corridor, as well as by taking away a suburban-styled eyesore in the shape of a billboard. Additionally, new commercial space will be added, encouraging pedestrian traffic throughout the area.

For some time, Grays Ferry has been seeing an influx of single-family homes built throughout the area. More recently, YIMBY has observed an increase in permits issued for multi-family developments throughout the neighborhood, particularly along the northern edge of the neighborhood, which may potentially help turn the street into an urban commercial corridor. It appears that this possibility may come to fruition soon, as one of the first mixed-use developments in this section of the city may now be under construction at any time. 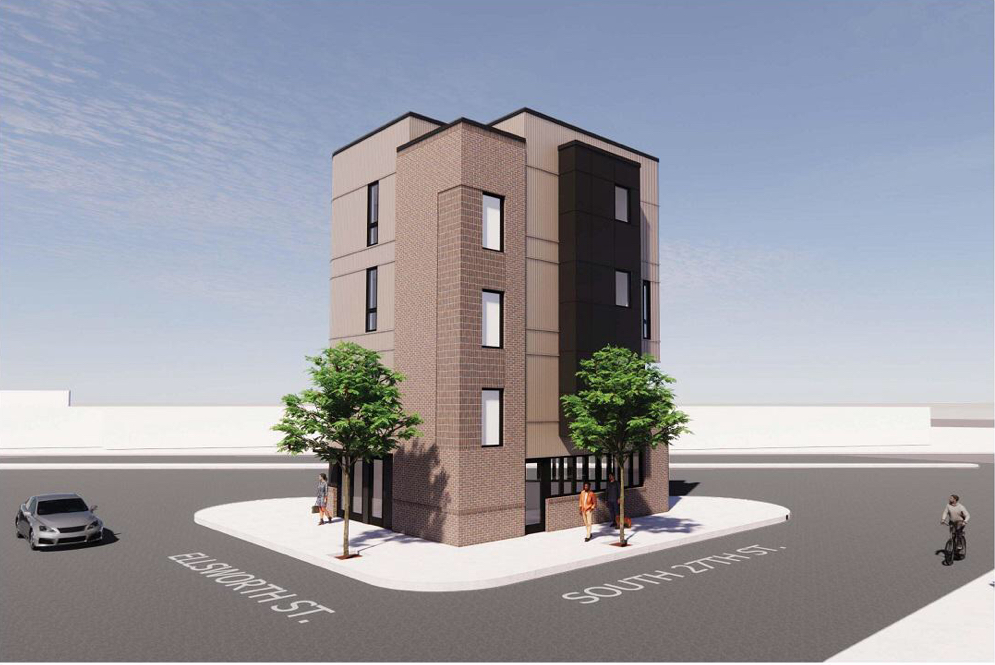